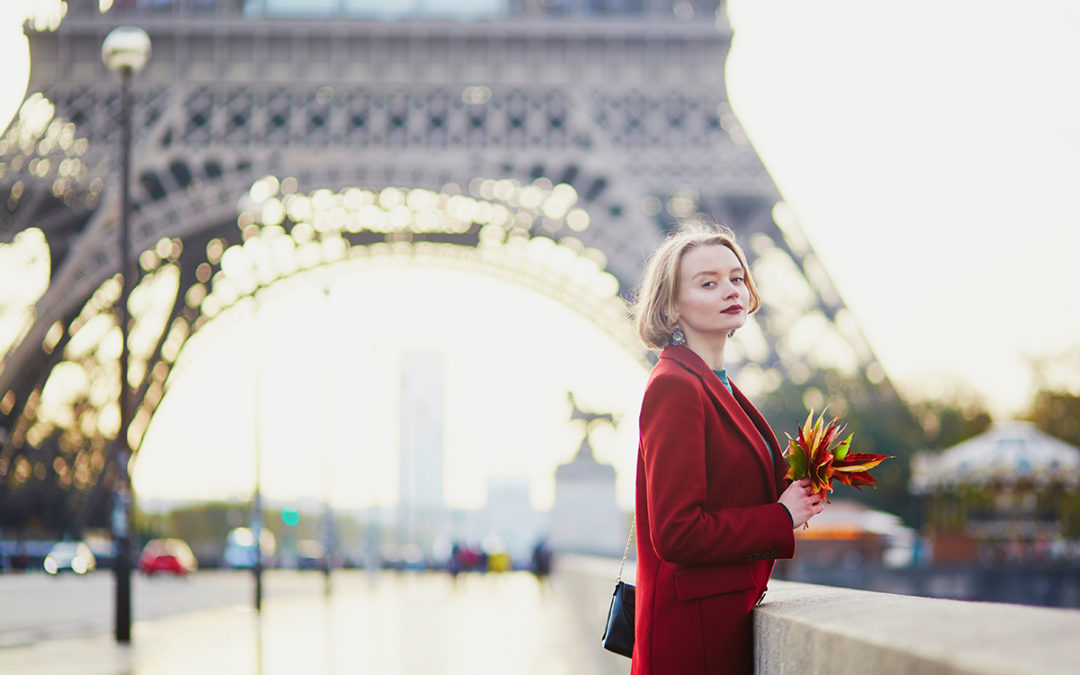 Paris, the City of Lights, always represents love, laughter, and adventure. Join our quest-driven Lance Avery Morgan as we stroll the boulevards seeking one-of-a-kind très magnifique experiences that delight all the senses.

Photography courtesy of author’s own, archival

Paris, at its best, has a soignée approach to life that is, to this day, some of the most intriguing to be found in the world. At its worst, it’s still a tad imperious, although it might have every right to be since it is a city so steeped in the world’s history.

Once, on a flight to Geneva, a woman seated next to me said that it would be better to not visit Paris at all than to be there for only one day’s layover, as I was planning. No truer advice was ever given. So, realizing that only a day to enjoy the city would have left my heart yearning for more, I decided to stay around longer this time. In the famous song of the mid-twentieth century, Lush Life, it professed that a week in Paris could ease the bite of just about anything. And, I learned, it does. When things are back to normal with post COVID-19 travel and safe distancing rules, Paris can be an ideal initial destination to jump back into international travel.

When I first arrived in the legendary capitol of France, the city’s elegance immediately infused me to my core. Anything and everything about the city…from the fresh chocolate and almond croissants, to the magnificent architecture, or the all-around high-chic Parisian style can beckon any visitor, whether it be the first–or fiftieth time there. On a recent trip, instead of flying into De Gaulle airport, I had the good fortune to take a super train from the Bordeaux region of France directly into Paris. I observed not only the countryside that envelops the city, but also the eye-catching country home set who were traveling back into the city on a lazy Sunday summer afternoon that, in my mind, would usher in a week of non-stop glamour and excitement in the other city that never sleeps. Lots of singletons, couples with children and those spanning many generations boarded from the country enclaves. To see them not traveling wearing the equivalent of pajamas, like so many domestic and international tourists do, was a refreshing change.

This quintessential sense of style permeates every facet of the French resident’s life. All its culture, the restaurants, the shopping, the art…it’s truly a unique experience that can only happen in Paris. The quality of everything from your breakfast in the morning, to a show you see in the evening, feels fresh and unique.

The street fashion seen on the boulevards in Paris is also truly captivating. Chic, a well known and oft-used French word, was surely created to define the city’s everyday style. Parisian women of all ages understand the importance of accessorizing to compliment even the most casual of weekend afternoon outfits… from good jewelry including brooches, to scarves, gloves, good bags…and even better shoes. For work and social outings, the extremes of slim shifts to flirty ruffles rule the current fashion scene. Bold colors, offset by more somber tones, add the duality that defines many a French woman’s own personality…both mischievous and charming. The classic Chanel No. 5 fragrance is still a beguiling scent that can be detected on a certain woman with a certain je ne sais quois flair…either while having drinks at Hotel Costas or merely standing in line at a neighborhood patisserie. Let’s face it: the French just have a way about them.

For men, Paris is a mix of all styles and designs, not as eccentric as London or New York, but still with a renewed innovation tinted with classicism. Jean Paul Gaultier’s fashion is an emblematic representation of what is Parisian style: originality, rock-n-roll, yet respect for tradition and, most of all, quality. The best example of the Parisian style can be seen on the rue Saint Honoré, where the classicism and beauty of the Hermès boutique with its select clientele, meet the trendy selection of the Colette boutique. Parisians are also always looking for novelties and exclusivities, such as the new Lomo camera or the latest Longchamp it bag.

French men have understood their own style since the era of the Louis kings. On the streets these days, savvy professional men, younger, as well as older, have adopted the ubiquitous slim suit silhouette, yet make it their own with loosely knotted ties, whimsical cufflinks and monk strap shoes. All made by French designers, of course. It’s a sexiness of style that few cultures can boast. After all, it’s common knowledge that French men are known for their genetic predisposition toward amour…sometimes appropriate, if the target of his amorous attention reciprocates, and at other times, quite unwelcome.

This bent toward love seems a pervasive–and persuasive–part of life here. Paris is an aesthetic city. Why? Because of the potential for romance around every corner. There is also an intimacy in the richness of sounds, sights, scents, and tastes that Paris offers.

Everywhere I turn, I see people kissing and embracing–authentic, deep embraces­­–on corners, in parks, in public, and private, and on transportation. Paris has often been called the City of Love, and to witness all these very public displays of affection, the moniker is for good reason. The French tourist industry’s campaign, is Let’s Fall in Love Again.’  Walking around the city, it’s easy to get caught up in the emotion of it all and while sighing heavily at something, I was asked by someone nearby if I’d swooned. Perhaps I did. In fact, it happened many times over in each beautiful arrondissement section I encountered. 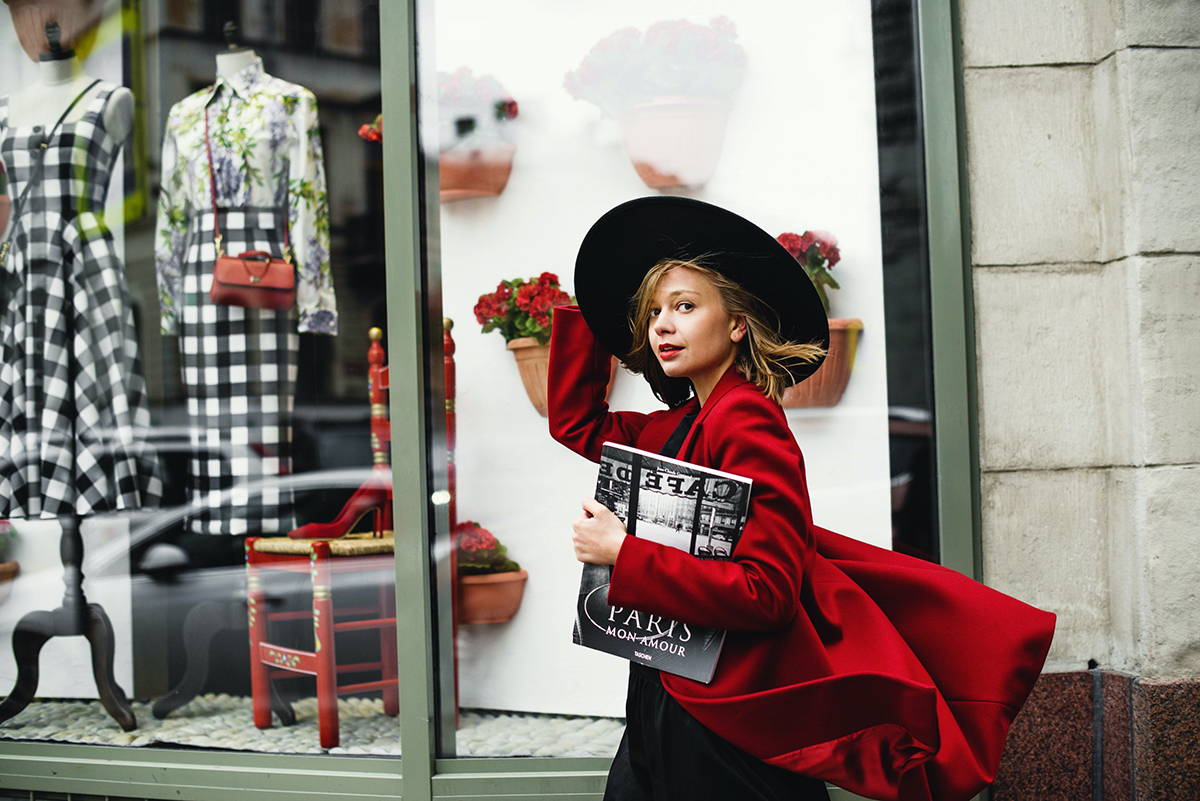 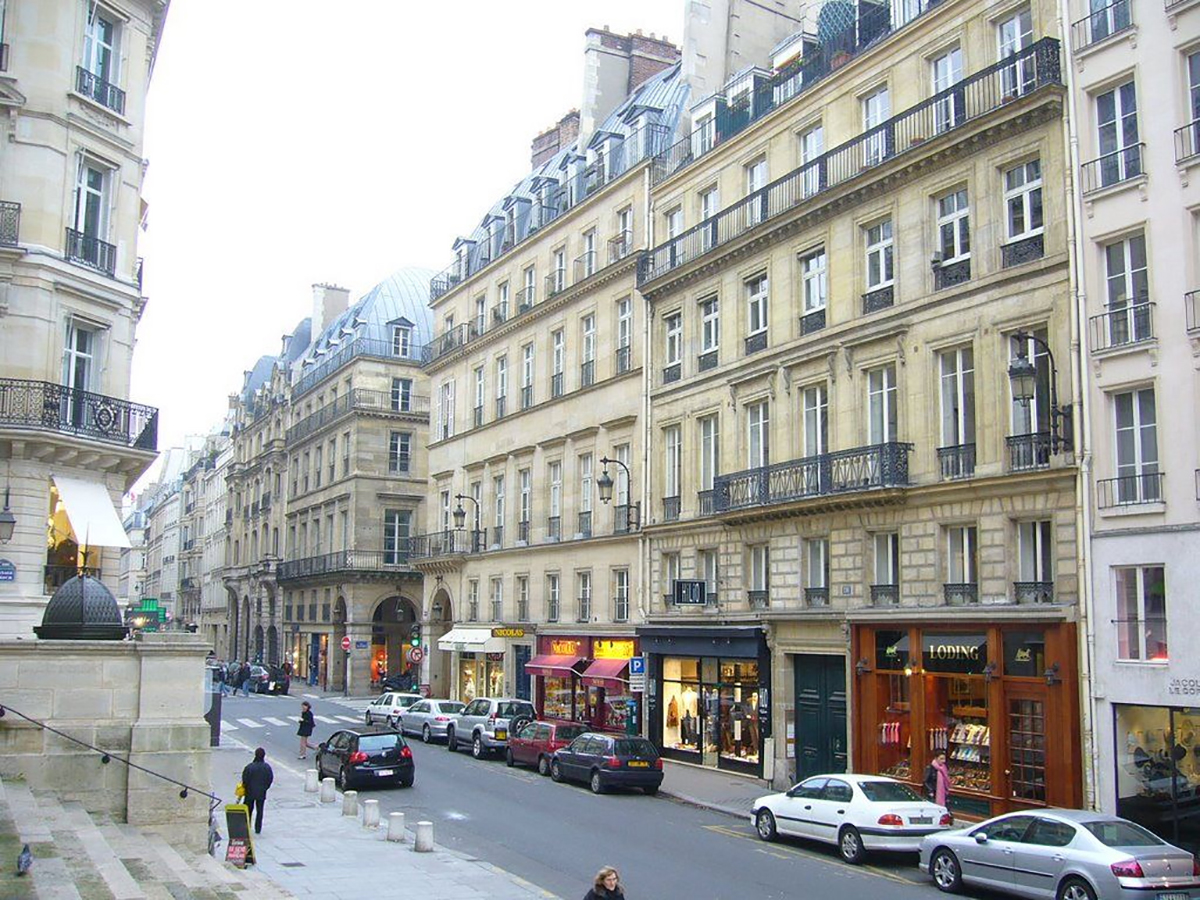 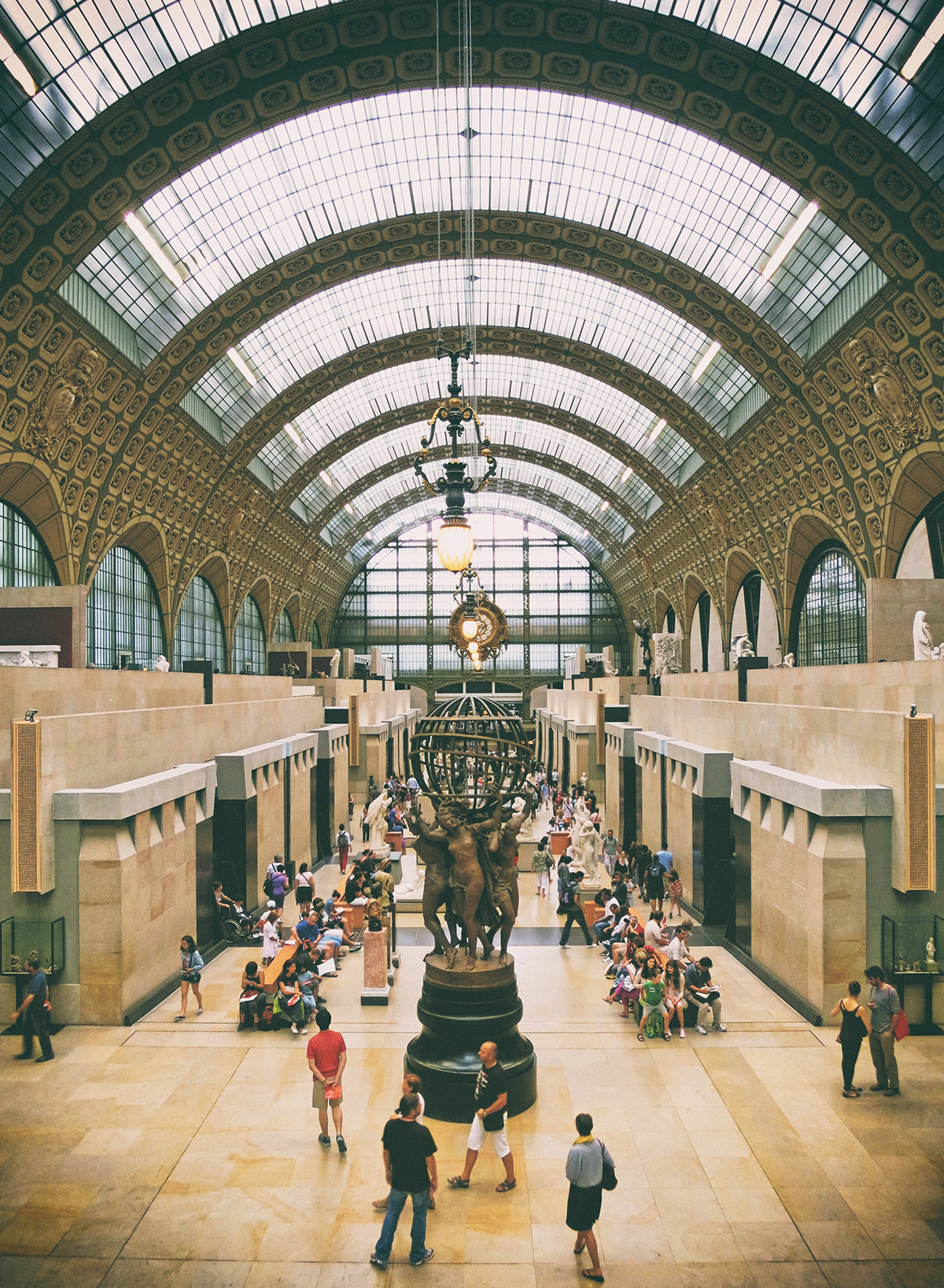 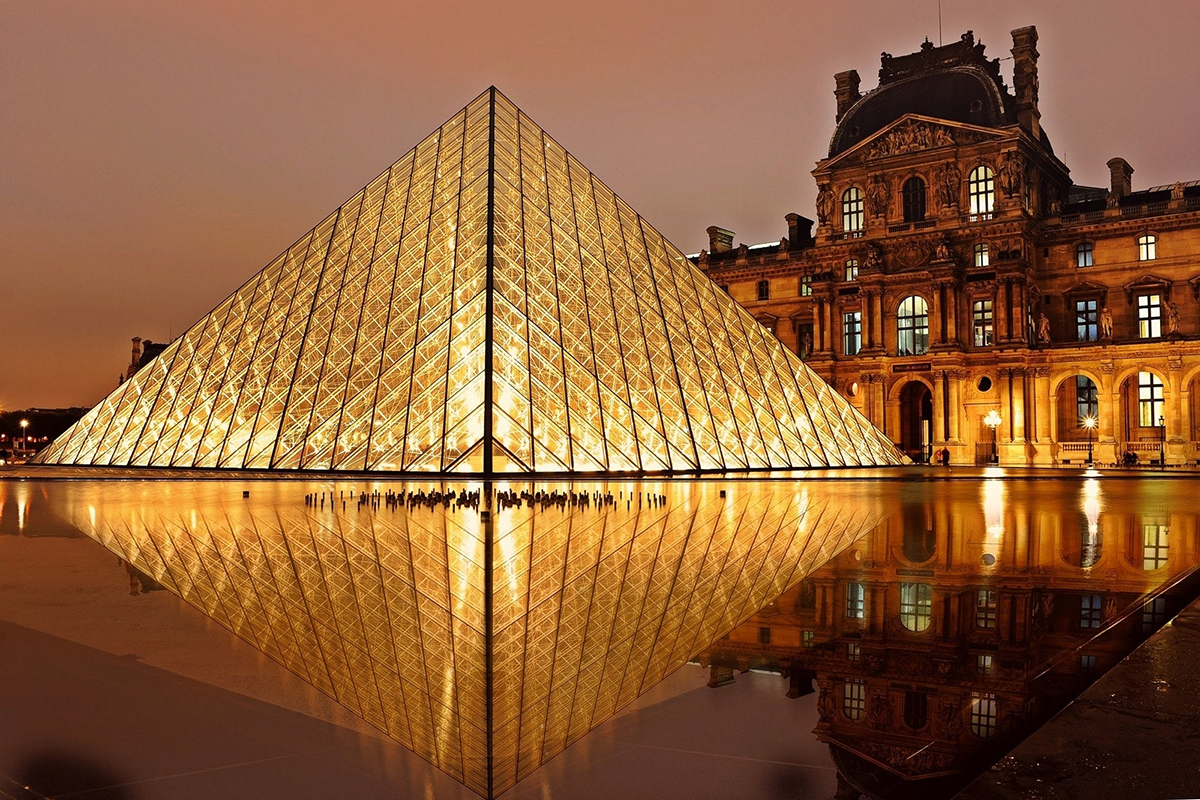 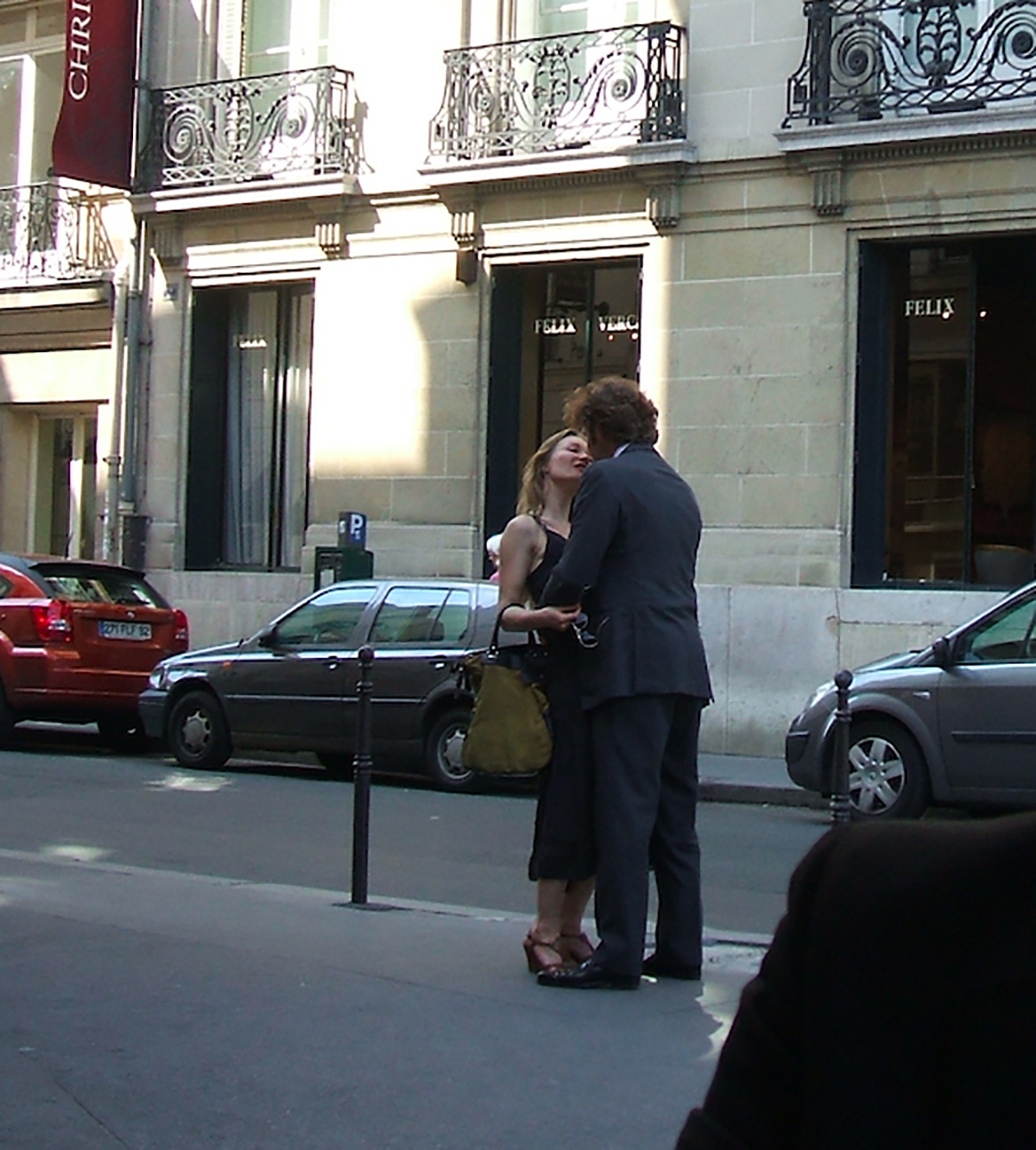 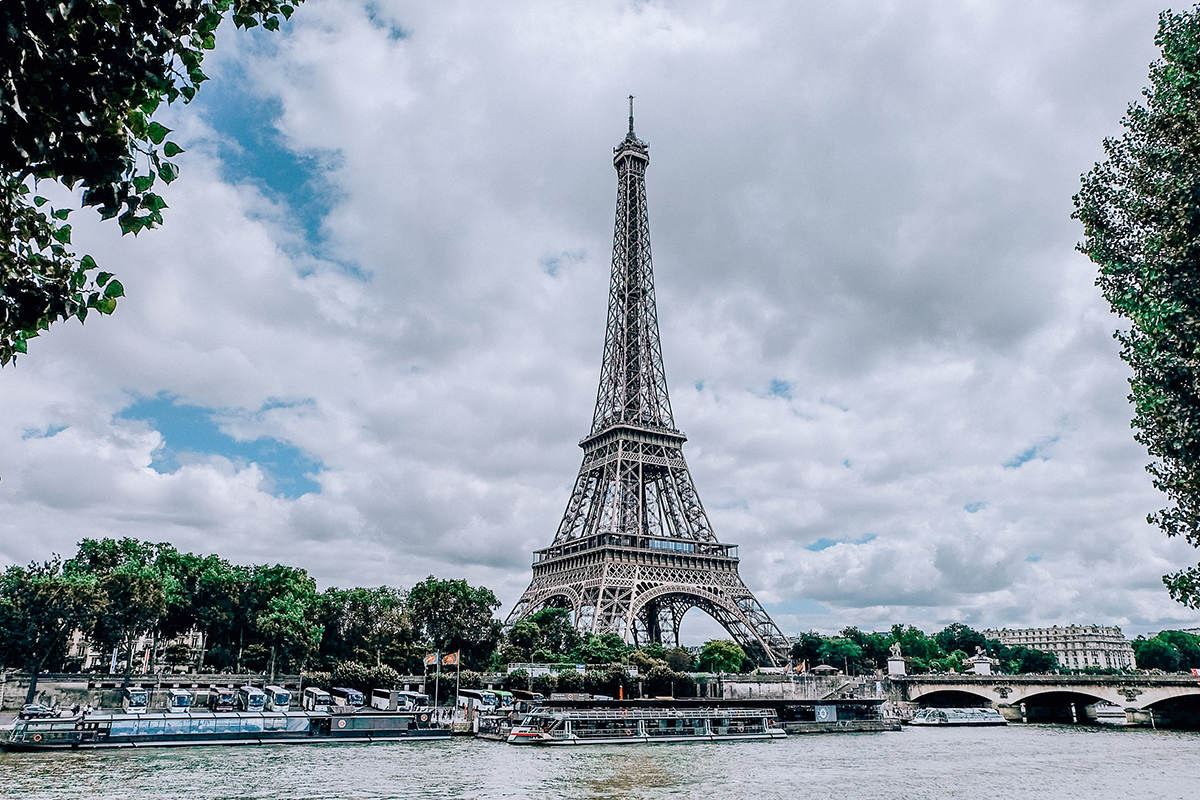 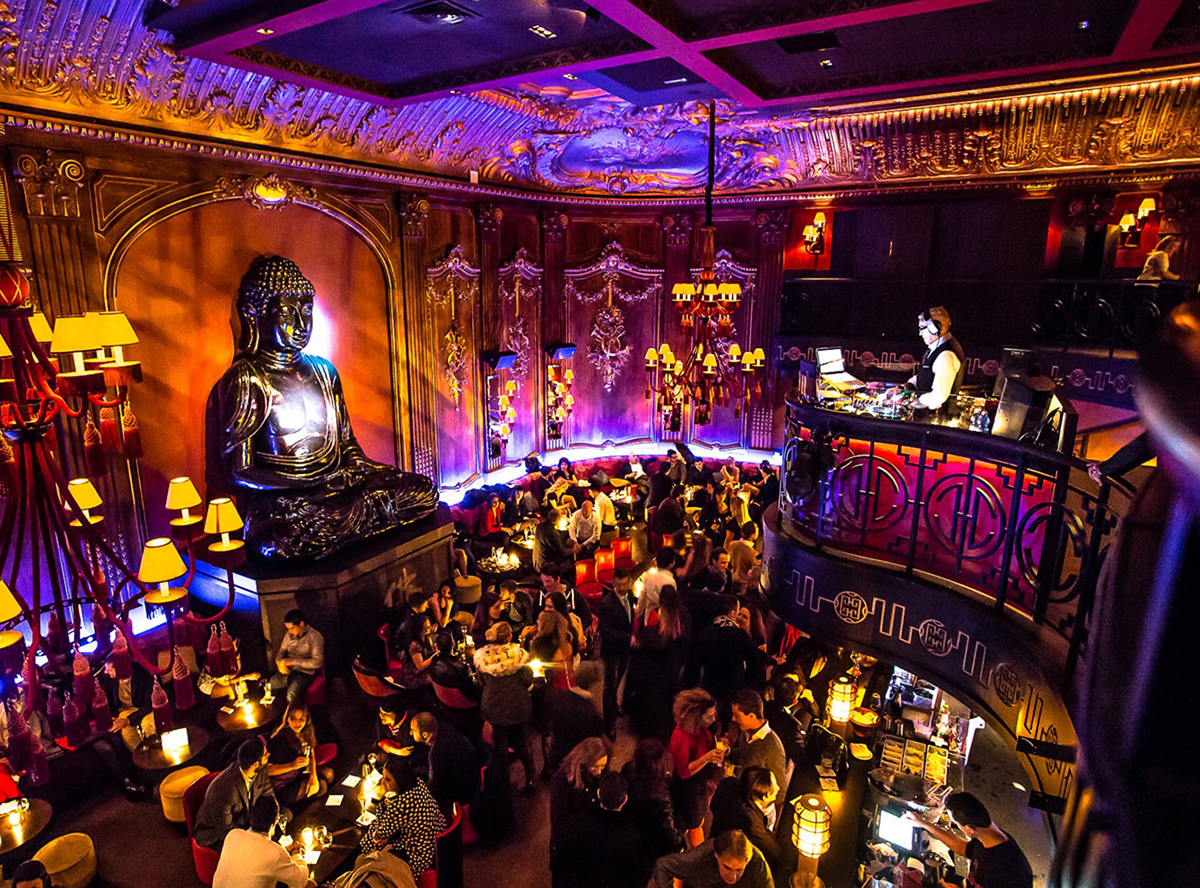 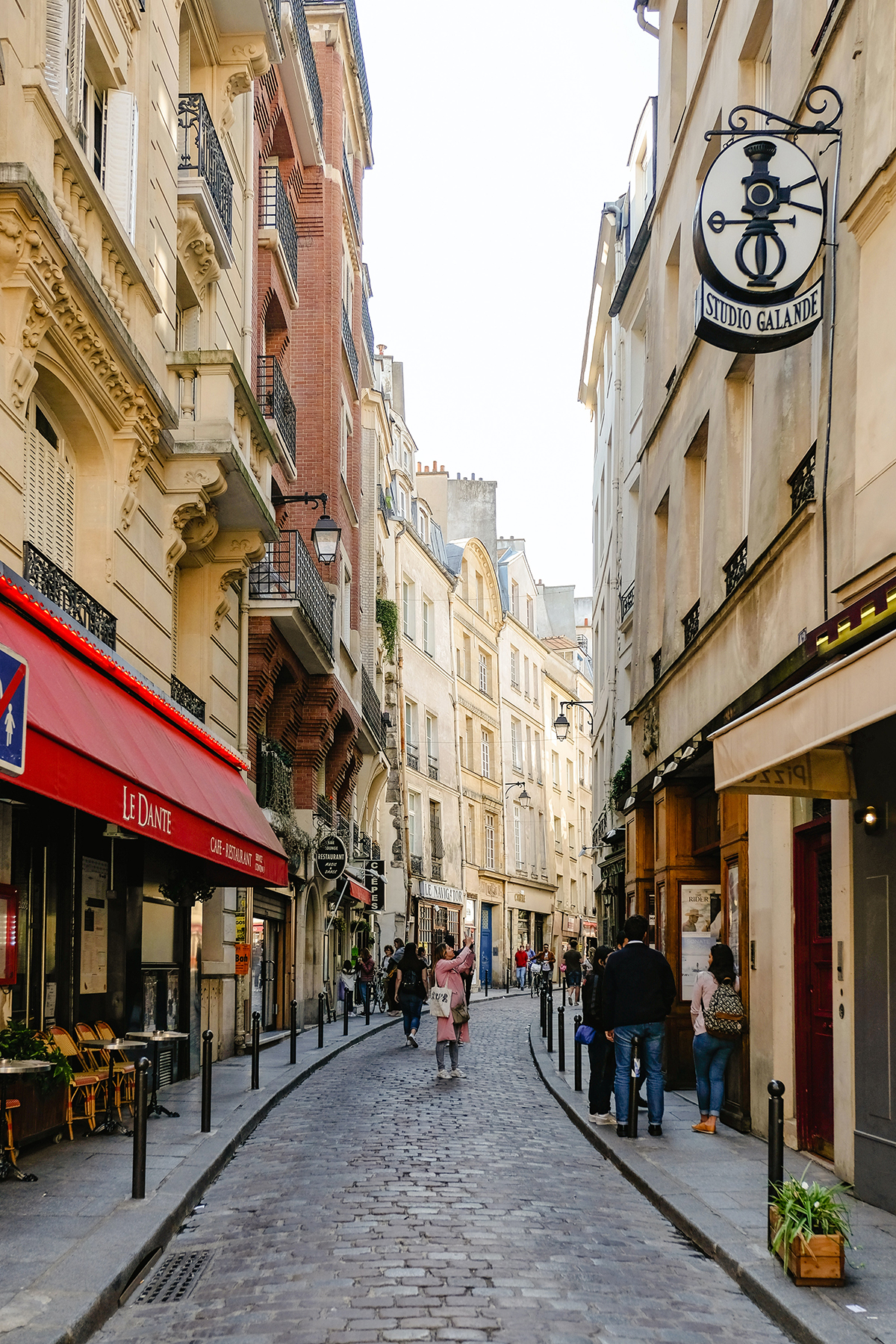 “My favorite places to hang around are le Marais (in the historic center) and the Latin Quarter (in the 5th arrondissement, near the Jardin du Luxembourg)”, says insider Alain Constant, a journalist at the city’s Le Monde newspaper. “I recommend that visitors not limit their visit to only the classics like the Eiffel Tower, Louvre or Champs-Elysées. Come into the center, to the east of Paris, and walk in the small streets around the Hotel de Ville, Bastille, or perhaps, take a break in the big Bois de Vincennes.”

When asked to create the perfect Parisian day, Constant has his favorites. “I would start by having tea and a fresh croissant in a typical French café on Place des Vosges, while observing the tourists visiting the art galleries and the Parisian fashionistas shopping around. I would then walk through the historical and trendy 4th arrondissement, Le Marais, stopping by the boutique, Mariage Frères on rue Bourg Tibourg to buy the best teas of the world, and then venture to the Centre Beaubourg, the modern art museum.”

He goes on to share, “After wandering around those collections and exhibitions, I would spend as much time in their library, which has one of the best selections of art and design books. For a casual lunch, I would continue towards the 2nd arrondissement, rue Montorgueil, to eat some delicious Italian pasta at Little Italy, or share a table with complete strangers at Le Pain Quotidien―a wonderful way to meet new faces. Afterwards, I would walk down to Place de la Concorde to witness the frenetic Parisian traffic meeting the ancestral Egyptian Obelisque, step into the Crillon hotel and visit the Champs-Elysées. Le Jardin du Luxembourg would be my next stop to have a rest on the benches, watch the kids playing with the sailing boats on the lake and look at the statues paying tribute to famous artists such as Verlaine, Baudelaire or Delacroix.”

“Going out at night is just as glamorous an endeavor. To start the evening, why not pop in for an aperitif at the Experimental Cocktail Bar where they serve excellent drinks, go to the theater and finish with a late dinner in one of my favorite restaurants, perhaps at Hotel Costes? Then, stroll along the Seine river to look at the most beautiful city of the world: the Eiffel Tower, the Grand Palais, Alexander III bridge, the Louvre, the Orsay Museum, and Notre-Dame. Other notable areas I discovered in Paris, through insider recommendations, include Le Marais, Saint-Sulpice, Avenues Montaigne and Saint-Honore, Sevres-Babylone, Place des Victoires, Les Halles and Saint-Michel–all sublime French experiences. Interesting to note, nobody really shops on the Champs-Elysees, unless they want to find the quintessence at the same boxy chain stores easily found at home.”

While in the city, in between exploring to your heart’s desire, there are a myriad of hotels from which to choose. All dazzling. The usual five-star grand hotels, such as the Georges V, Plaza Athenee, or the Ritz are always top choices for any serious traveler.. I chose the Hôtel de Crillon, a unique and opulent hotel in the heart of the city―the most sought-after location in Paris. The Crillon is next door to the American Ambassador’s residence on the world-famous Place de la Concorde, at one end of the Champs Elysees boulevard that leads directly up to the Arc de Triumph, and near the Seine River.  The Hôtel de Crillon, which recently went through a years-long renovation, is within walking distance to the luxurious boutiques of the Faubourg St.-Honore and the Avenue Montaigne, as well as the Louvre, the Tuileries Gardens and many more of this famous city’s most acclaimed attractions.

Like everything in Paris, the hotel is steeped in history. Commissioned in 1758 by Louis XV; the Crillon family acquired the palace in 1788 where it remained in the family until 1907 when the Societe des Grands Magasins et des Hotels du Louvre transformed it into a palace hotel catering, in part, to the American industry tycoon families and their daughters visiting to find European titles to marry. Other prominent guests through the years read like a Who’s Who: Emperor Hirohito of Japan, Sir Winston Churchill, King George V, Charlie Chaplin, Jackie Kennedy Onassis and even, the Dalai Lama.

“My intention is to revive the magnificence and grandeur of this world-famous hotel: a true gem in the heart of Paris,” says acclaimed designer Thierry Despont, who is also a knight of the French Legion of Honor. My grand suite, one of the 44 grand apartments in the hotel, that also includes over one hundred guest rooms, was fit for a prince, or at least, a prince of good fortune.

Decorated in tasteful shades of golds and plums, Cole Porter or Cary Grant could easily have enjoyed these rooms in another, elegant era. With a king size bed, couch, several posh occasional chairs, as well as large walk-in closet, the features of the suite also include marble bathrooms with telephone, flat screen televisions, a mini-bar and full valet service. On another design note, all suites are furnished and decorated with Aubusson carpets, Baccarat chandeliers and Wedgewood medallions. Should you want to tear yourself away from such luxury, the property’s on-site restaurants and lounges, Les Ambassadeurs, L’Obelisque, and the Winter Garden Tea Room, located just off the lobby, offer wonderful elegant meals and cocktails, or the jet set favorite, the Crillon Bar, decorated in shades of claret, reflects the namesake drink served there that is so popular.

It is well known that the French love colorful Texans and any opportunity to collaborate is a welcome one.  How best to end several days in Paris? On your last evening, try Café Marley where, in the moonlight, the stars shine brightly, as the glistening horizon beckoned the last day in paradise on what was certainly a trip of a lifetime to the City of Romance. Until next time, anyway. 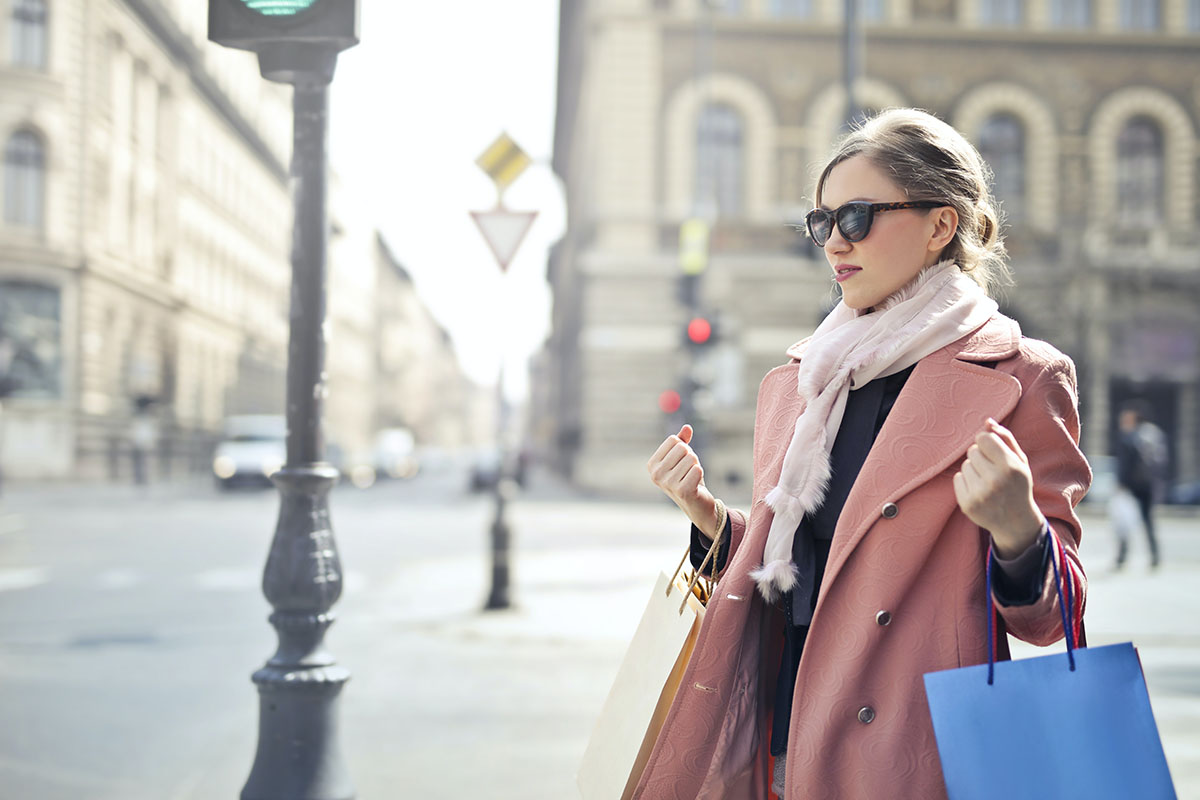 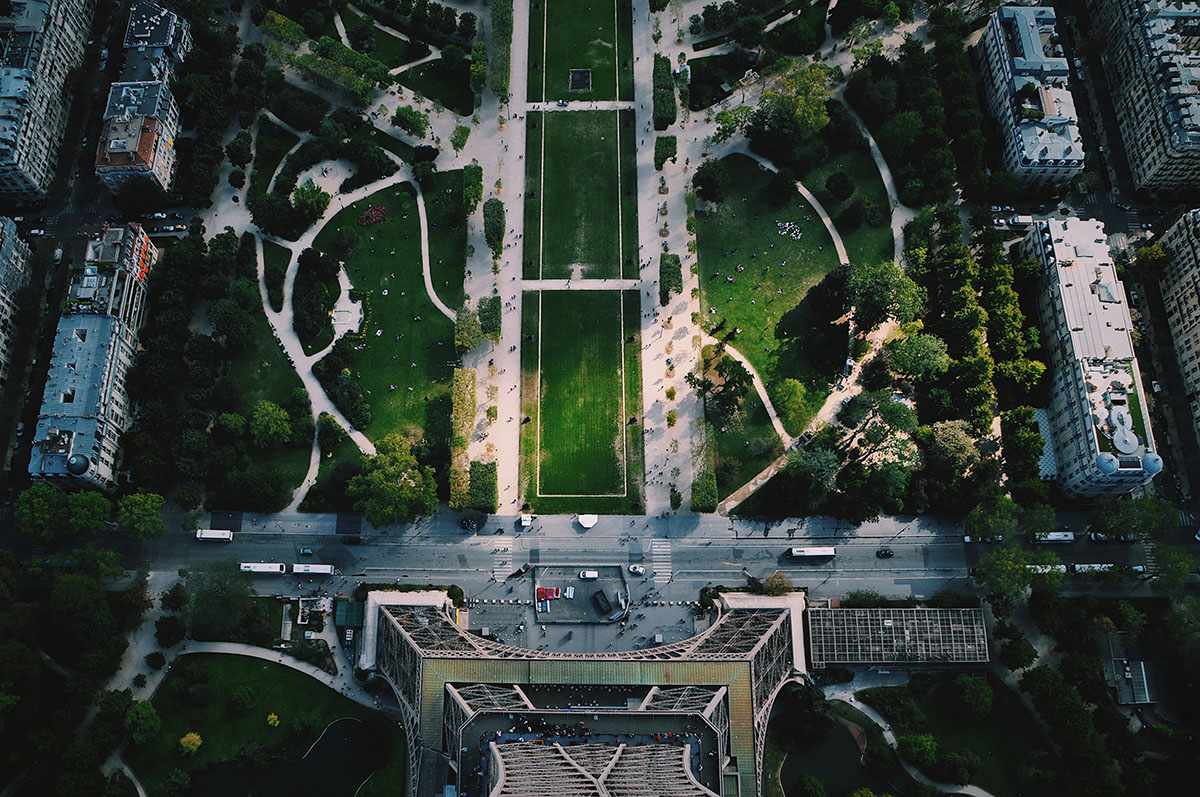 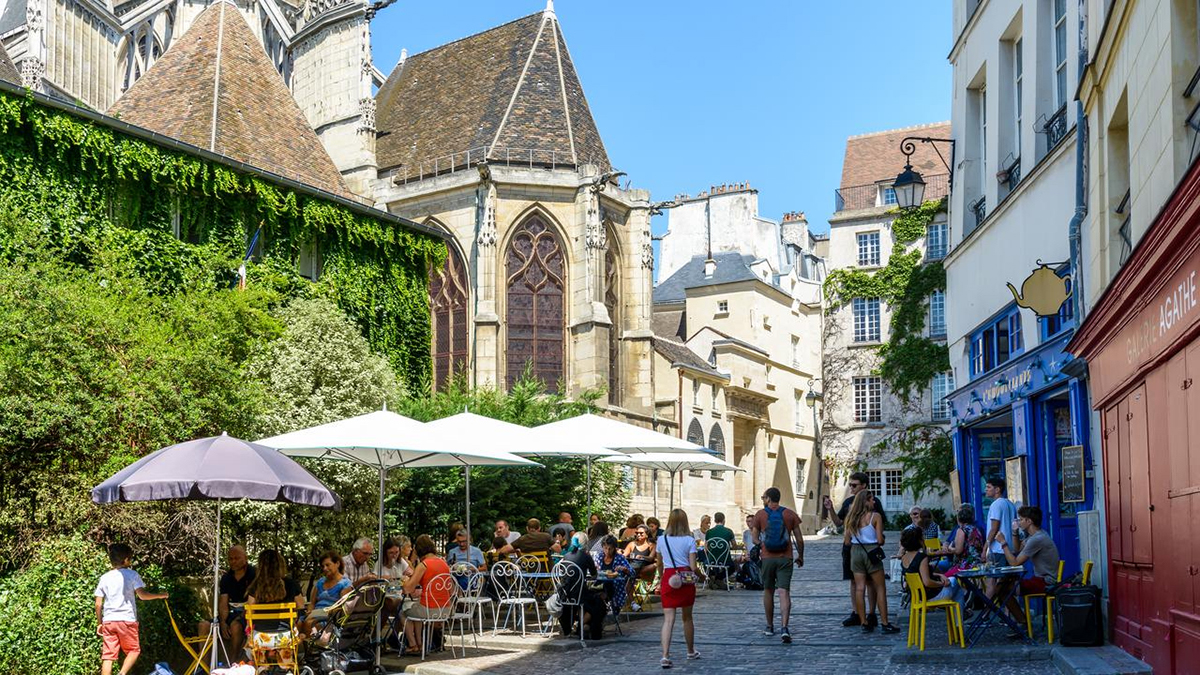 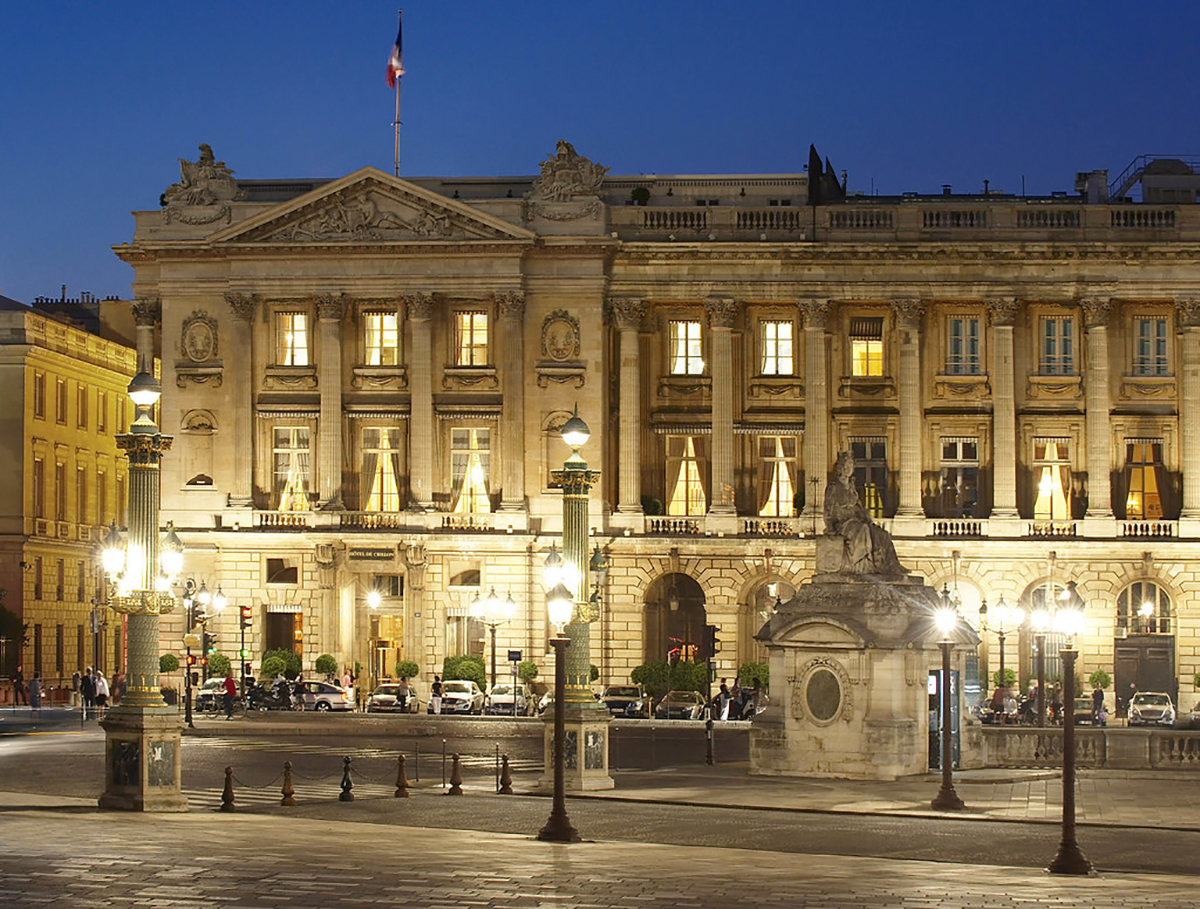 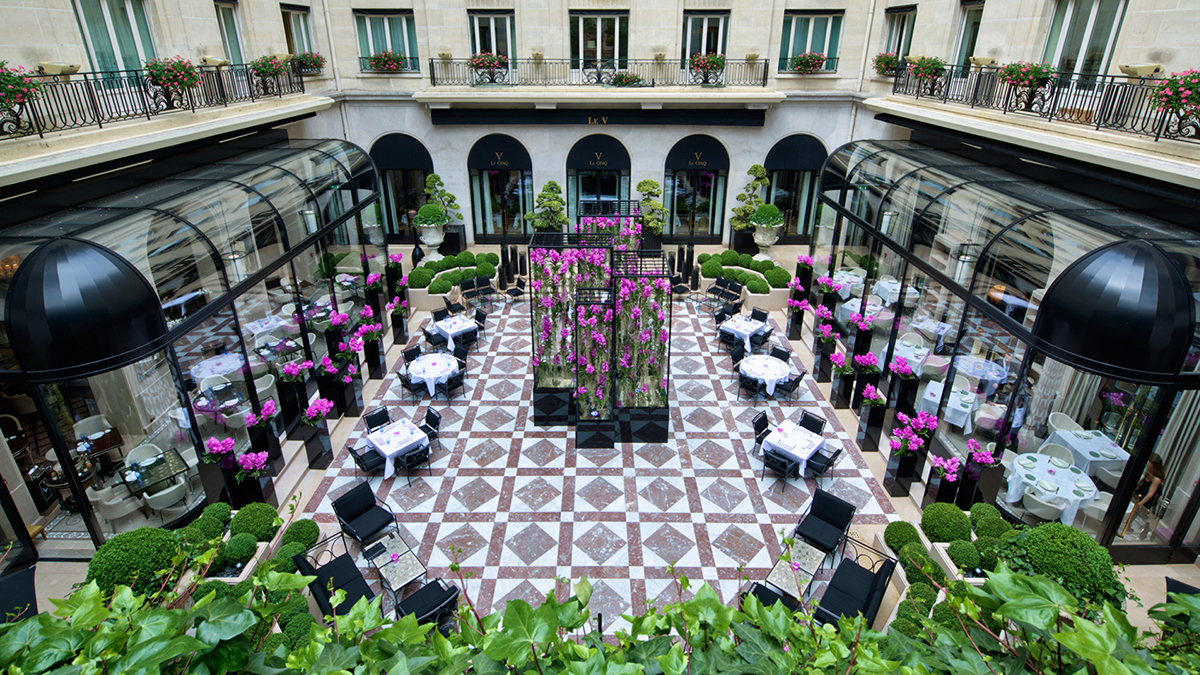 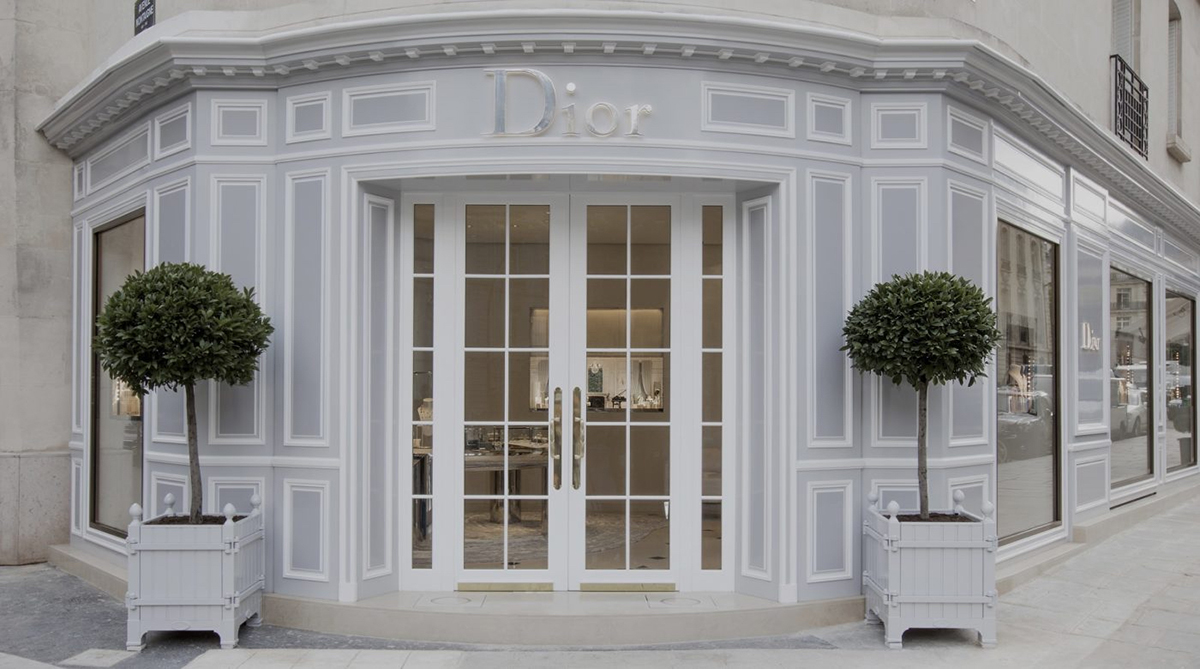 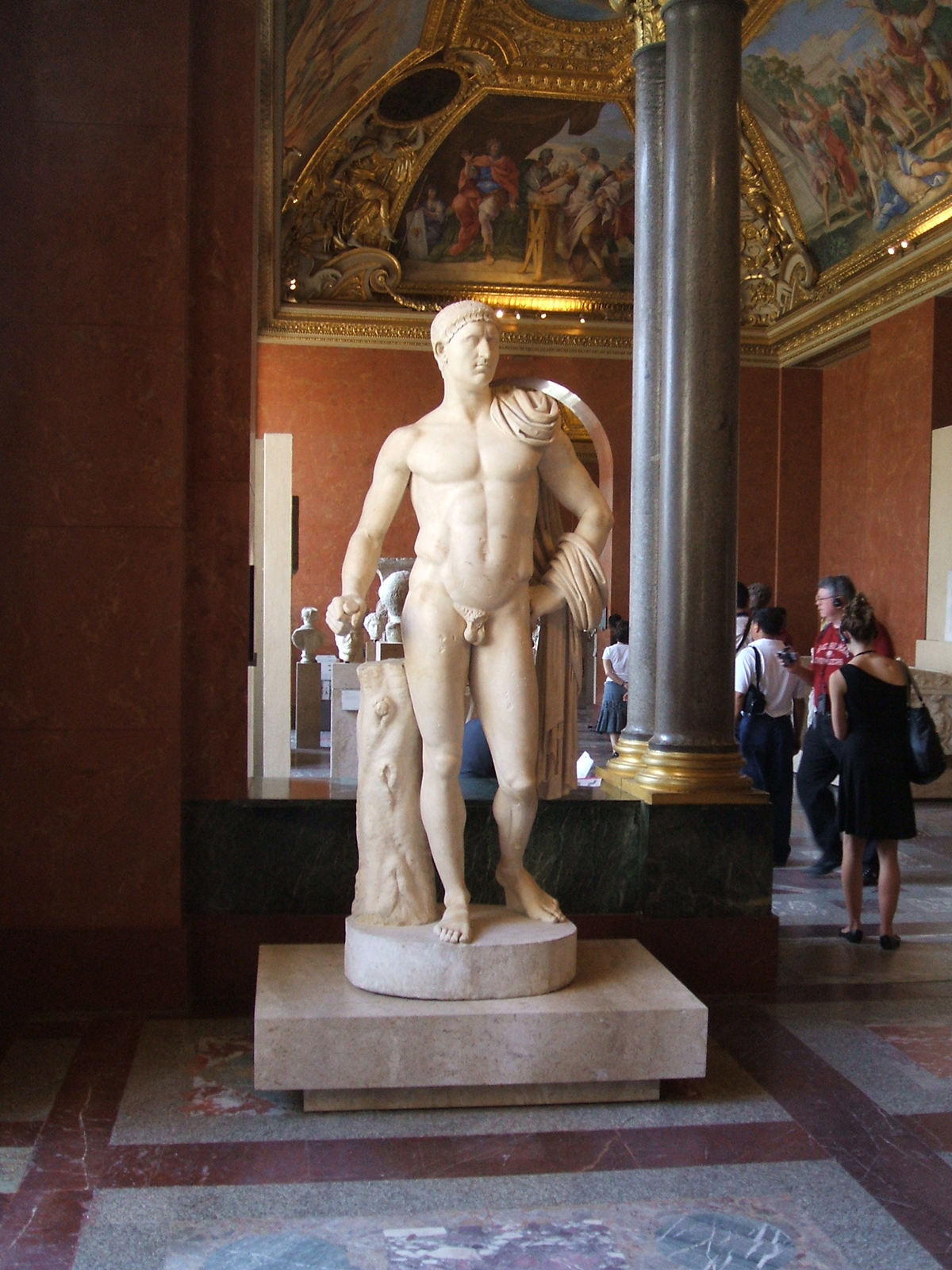 WHERE TO GO AND HOW TO DO IT:

Parlez-vous anglais? (Do you speak English?)

Pouvez-vous m’aider? (Can you help me?)

Quel est le prix? (How much does it cost?)

Merci / Non merci (Thank you / No thank you)

Je kiffe grave (I love it)

Hotel du Nord (“the restaurant is popular with the fashion crowd”)