As a busy working mom of two, Rank & Style CEO Jamie Chandlee developed a strong passion for technologies that simplify consumer experiences so people have more time for the parts of their lives, not behind a screen. She and her team contribute our List column in each issue, and her vision for Rank & Style is to give people back the time they waste digging through endless fashion resources to find the products they like. Chandlee is a graduate of The University of Texas at Austin and is grateful to be able to help people outside the office through her participation in numerous socially impactful organizations. 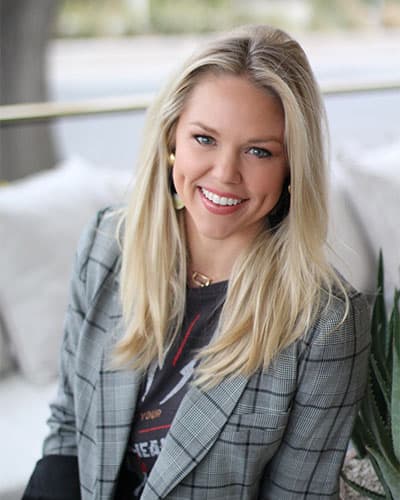 Lori Duran has had a diverse career and currently researches interesting historical stories of social changes. This has been her life-long passion. Duran serves on the board of directors for the Austin History Center Association, where she is involved in coordinating volunteers and helping the Oral History Committee. She also writes articles for Society Texas and other publications and recently authored the book Austin’s Travis Heights Neighborhood. She has released her second book, The University of Texas at Austin: The First One Hundred Years. 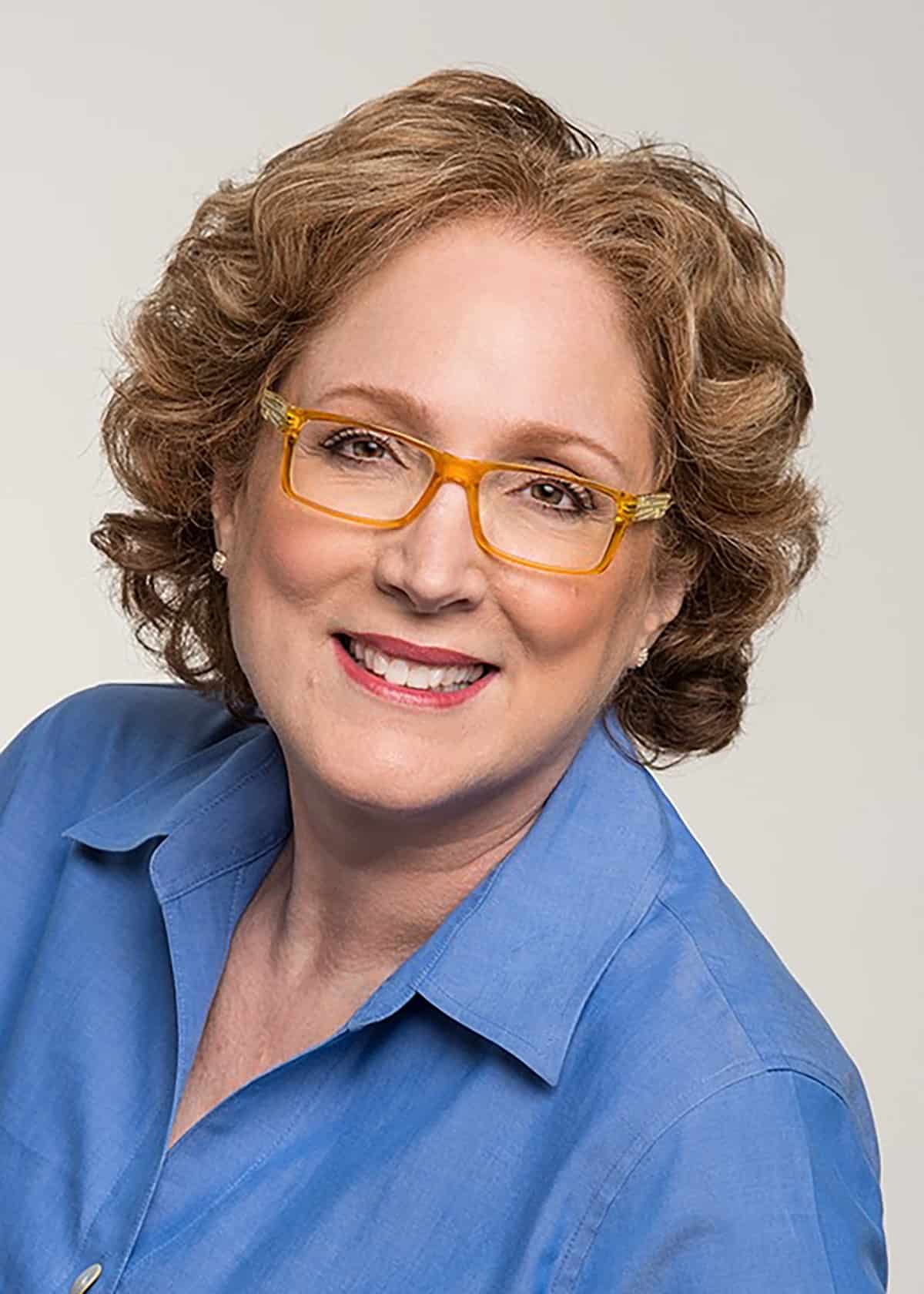 As seen in our Forecast column, analyst and founder of THE EDIT ADVISORY, Krystal De Lisi, spent 15 years as Associate Vice President of Design at Victoria’s Secret PINK, where she oversaw all facets of the design strategy and development process, from concept to delivery. Vice President of Marketing & Business Development, Ellen Mason, has 25 years of experience working with some of the best-known brands in fashion and music, including Kenneth Cole Productions and Gibson Musical Instruments. THE EDIT ADVISORY provides fashion entrepreneurs with the inspiration and insight they need to develop, produce, and market their brands sustainably and authentically. For more info., visit TheEditAdvisory.com. 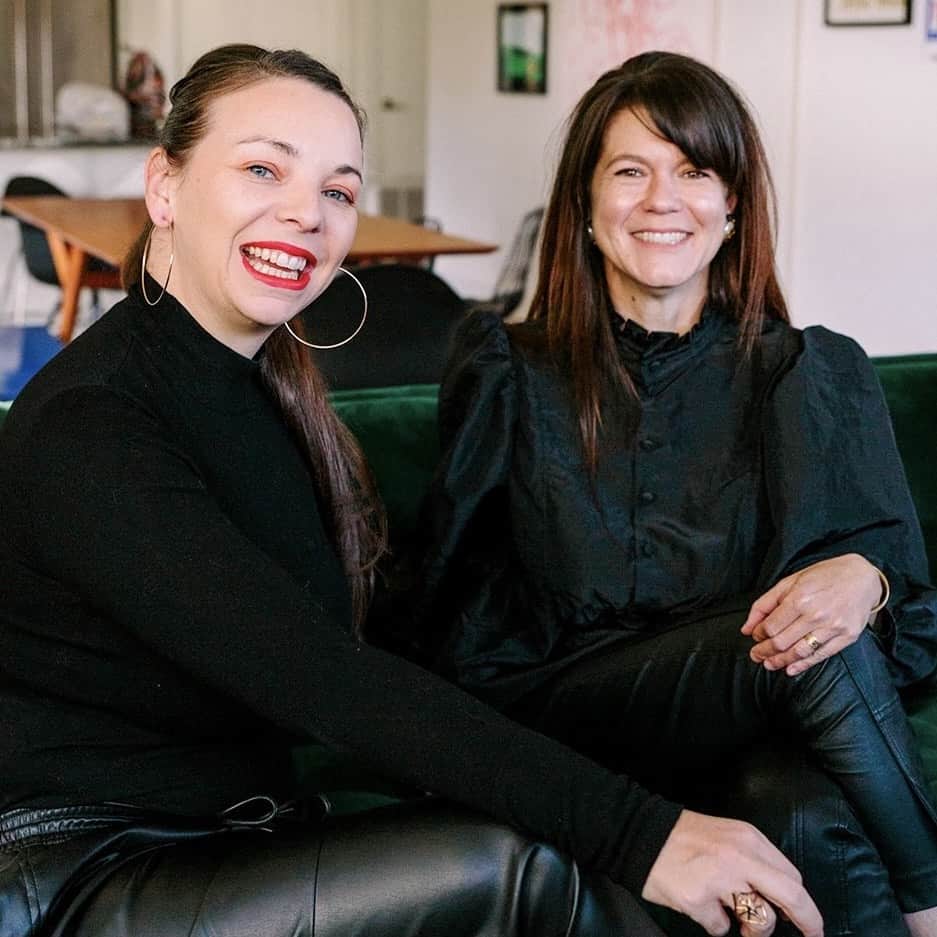 Whether finding the best restaurant in Rome overlooking the Colosseum…or taking a private tour of the Queen’s art collection at Buckingham, our cultural enthusiast and arbiter Jake Gaines, a native Texan, is always on the go. Our very own James Bond on the social scene, he will gladly wield his saber to pop open a bottle of Champagne before advancing into a masked ball. His motto? Bring your passport and wear the tuxedo since one never knows what can happen. He’s a beloved guest at any dinner party and is known for his disappearing tablecloth trick. When in doubt, he recommends everyone into the pool for a midnight game of what else? Marco Polo. 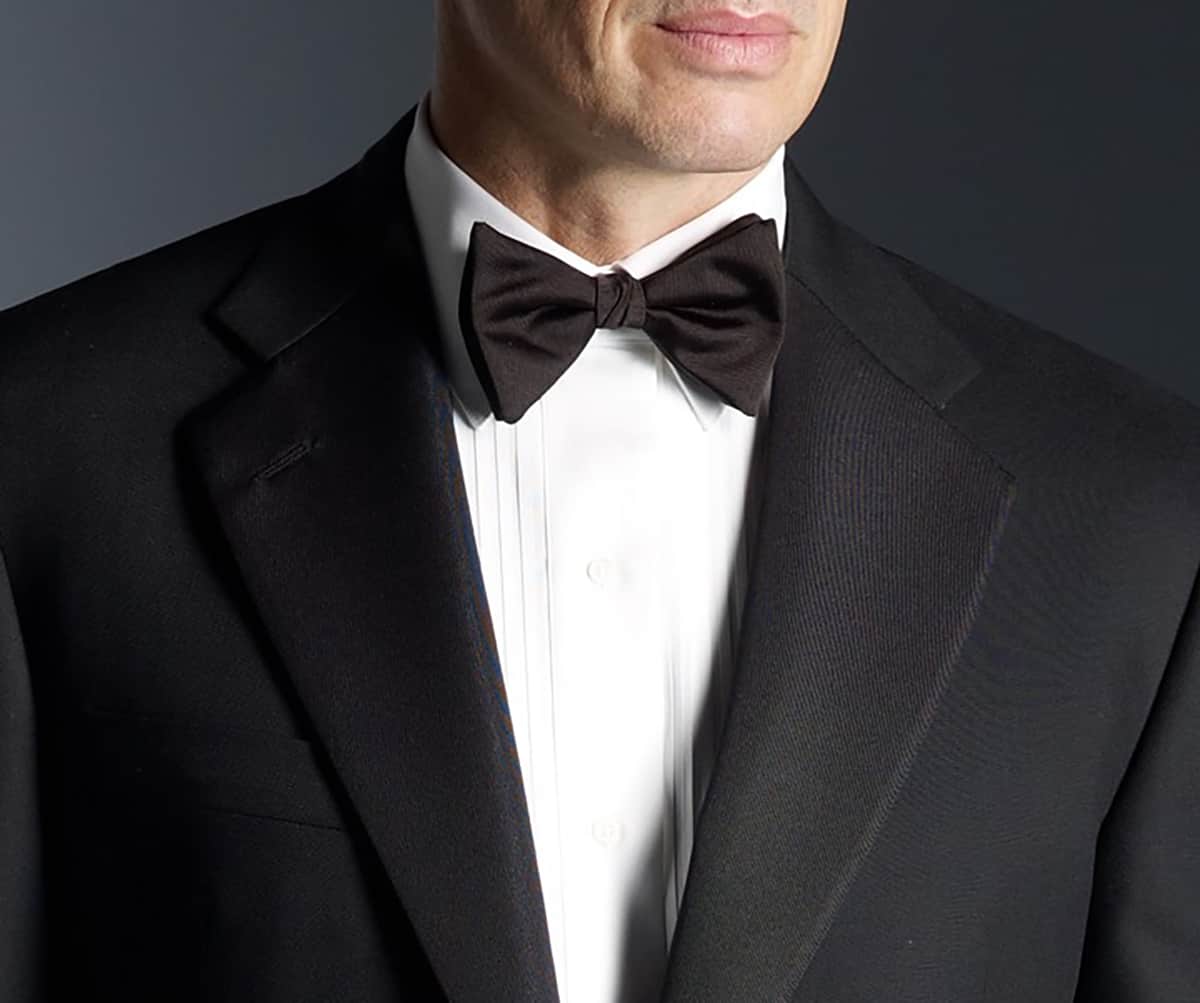 Certified professional coach and branding expert by day, social commentator by night, COO/Associate Publisher, and Senior Social Editor Rob Giardinelli is a man of many interests. He loves being a part of any room where social Texans exude their larger-than-life essence, whether cooking a meal at home for a small group of friends or being part of a non-profit gala for over a thousand guests. Most of all, he appreciates how Texans so generously and passionately give back and relishes weaving his social commentary to showcase those who work tirelessly to raise awareness of important causes in the State of Texas and beyond. 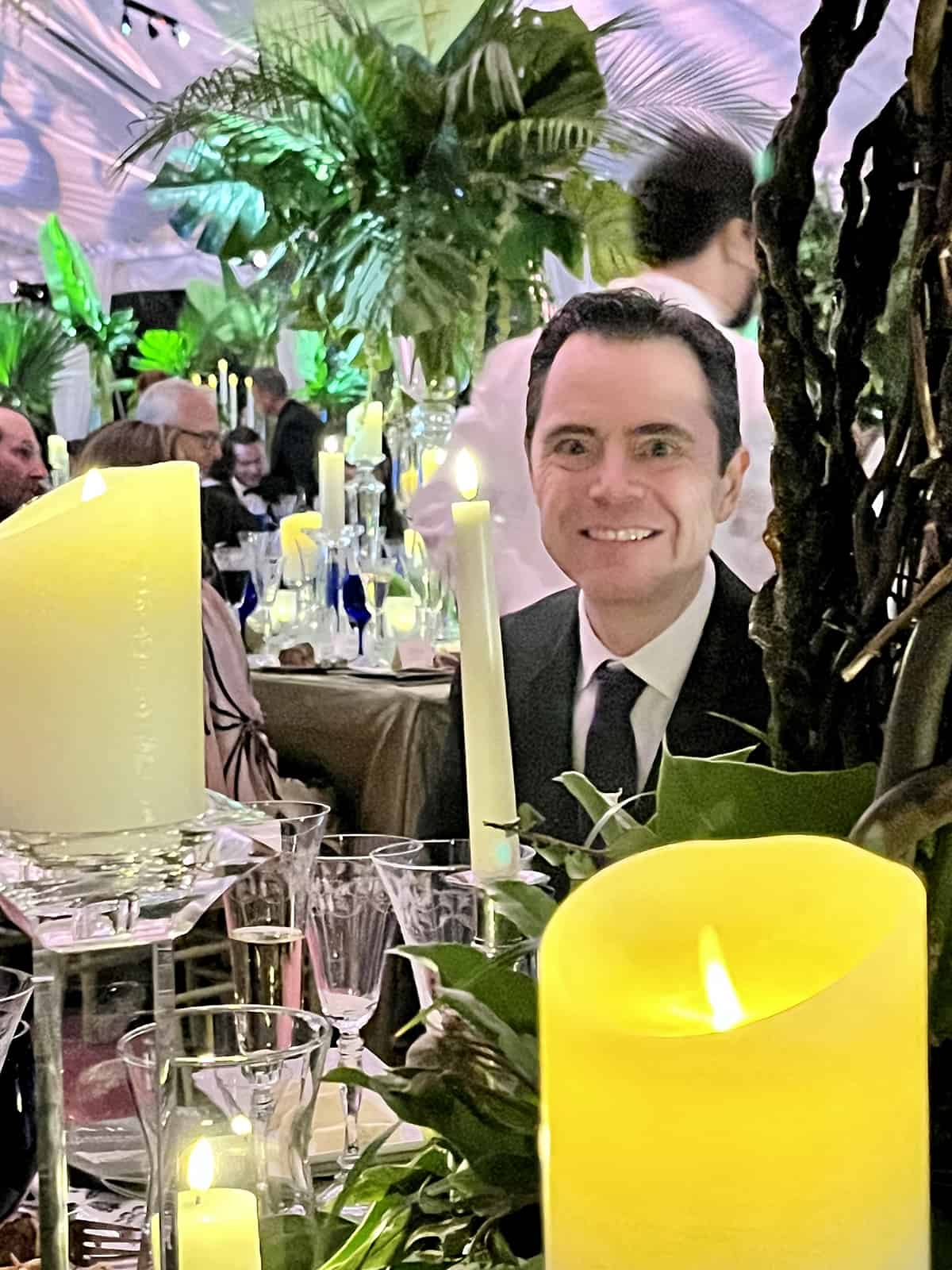 Edy Hernandez, Beast Creative Agency’s founder, decided to take the idea of the traditional agency and turn it on its ear…or better said, let the problem speak for itself. The Beast addresses your marketing challenges with creative thinking. Solving such issues is their jam. They have frequently helped their clients with non-marketing-related internal processes derived simply through a fresh perspective and ideation. 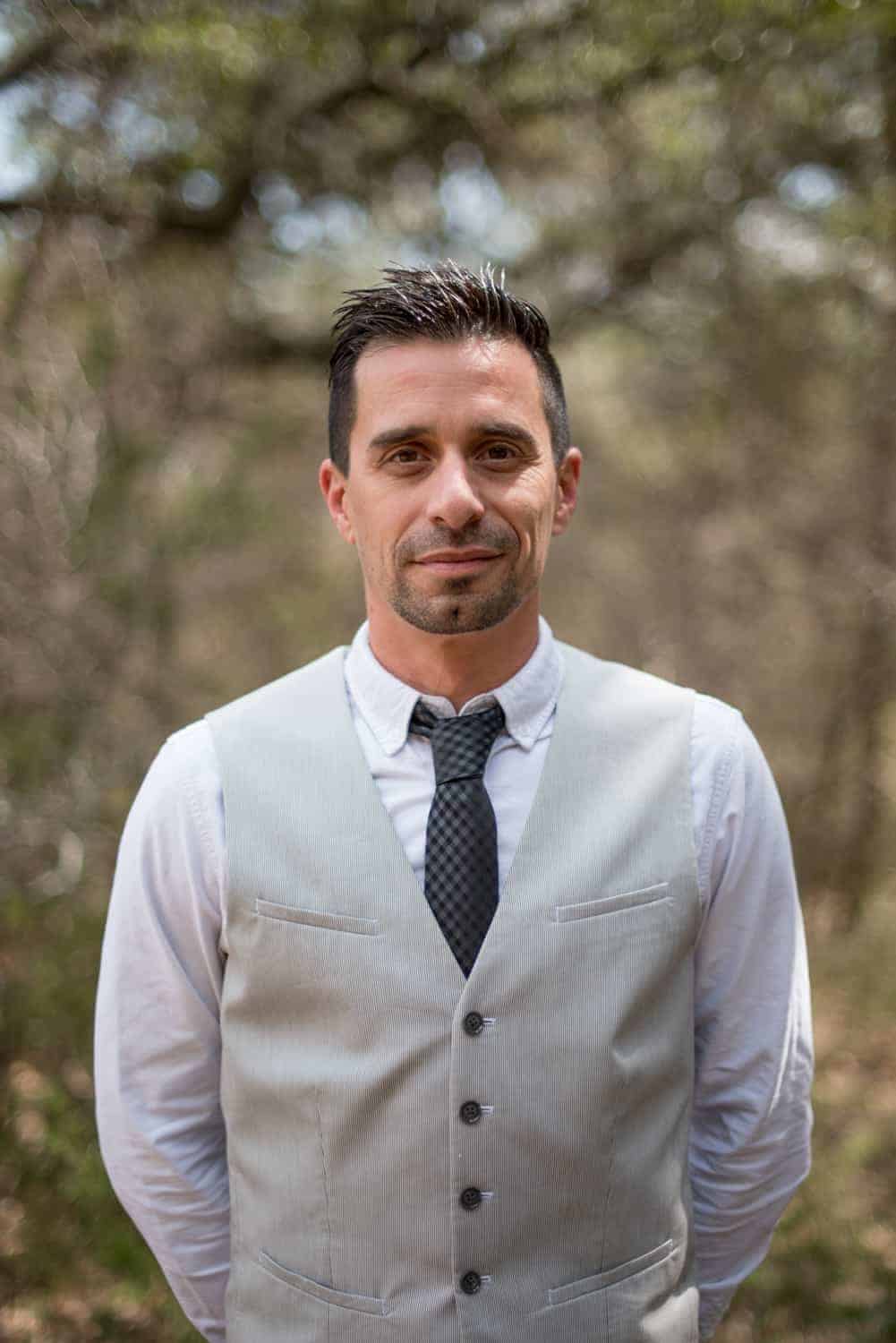 Writer and enthusiast of all things beauty, fashion, travel, and healthy living-related, our Glow beauty contributor Ana Bribiesca Hoff is currently working in the higher education non-profit sector and has also launched AnaBribs.com. In this new lifestyle blog, she shares her passions, experiences, and special tips along with sneak peeks inside her life while also hoping to share large doses of inspiration. In this issue, she reveals the most alluring winter beauty secrets yet. 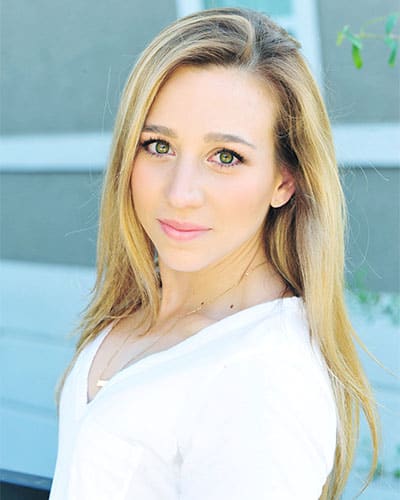 Our very fashionable Texan-turned-New Yorker-turned-Dallas contributor Gordon Kendall is always on the go and on the scene. He is a freelance fashion author and educator. He is also an executive member of the Fashion Group International/New York, a member of The Couture Council, and The Museum at F.I.T. 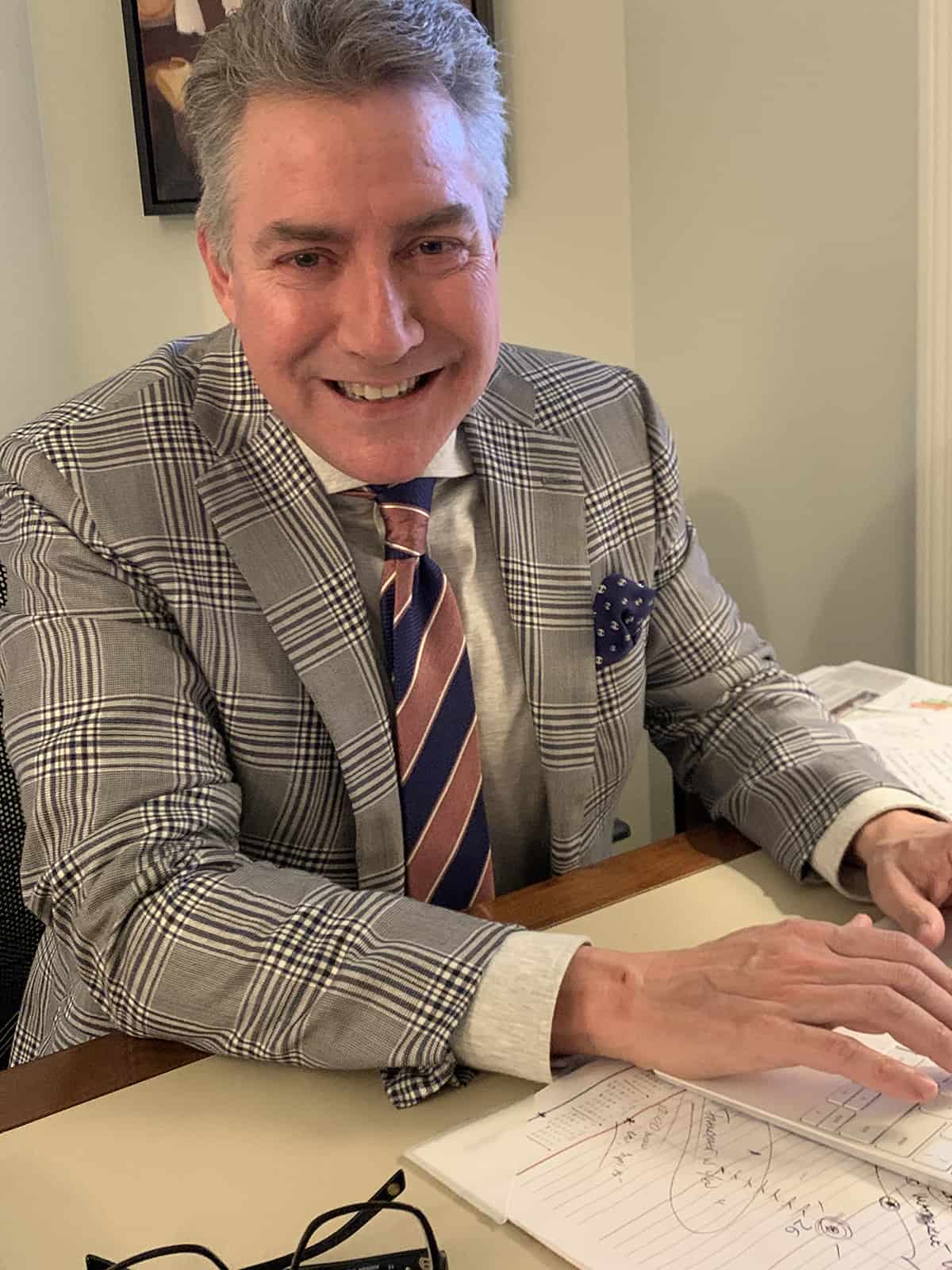 Our Digital Director, McKenna Kinder, is a social media specialist, content creator, photographer, and ads manager. A sixth-generation Texan raised in San Antonio, her love for digital work began with photography. During the pandemic, Kinder pivoted from photography to launching a digital marketing agency focusing on social media, content creation, brand strategy, and strong client relationships. Connect with her on Social@McKennaKinder and explore more of her work at TheKinderInfluence.com. 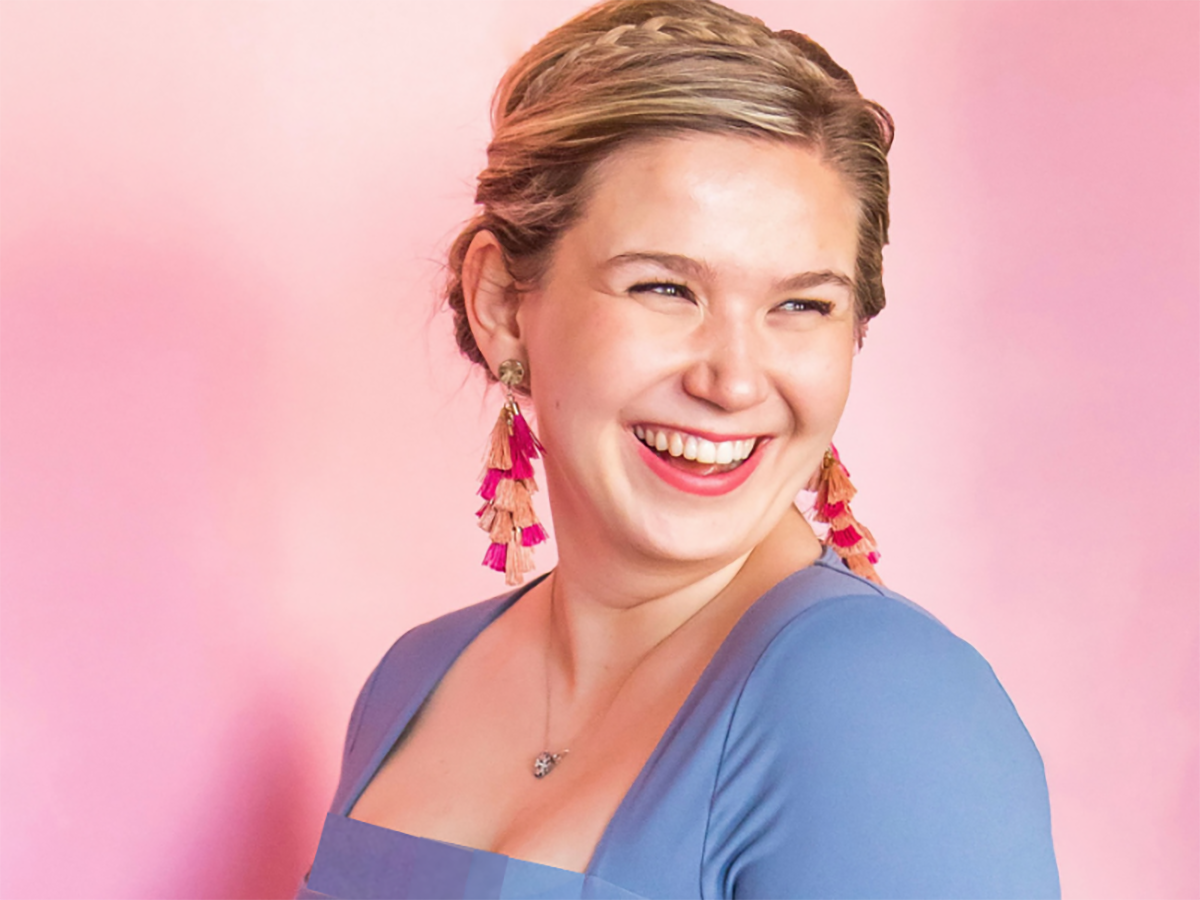 Mallory Miller, who writes about her brother Milam Miller’s wedding, is a graduate of The University of Texas and a former Brilliant magazine intern. She spent nearly a decade in New York, spanning the PR, hospitality, and publishing industries with numerous roles overseeing partnerships, marketing, and events at Harper’s Bazaar, Allure, Teen Vogue, and Brides. Miller has a passion for wellness and balanced living. A self-described former Diet-Coked out PR chick, she now craves green juice and matcha. She loves yoga and running, re-purposing her grandmother’s frocks from the 60s, travel, and champagne…at any hour. Join her adventures at @malmeezy. 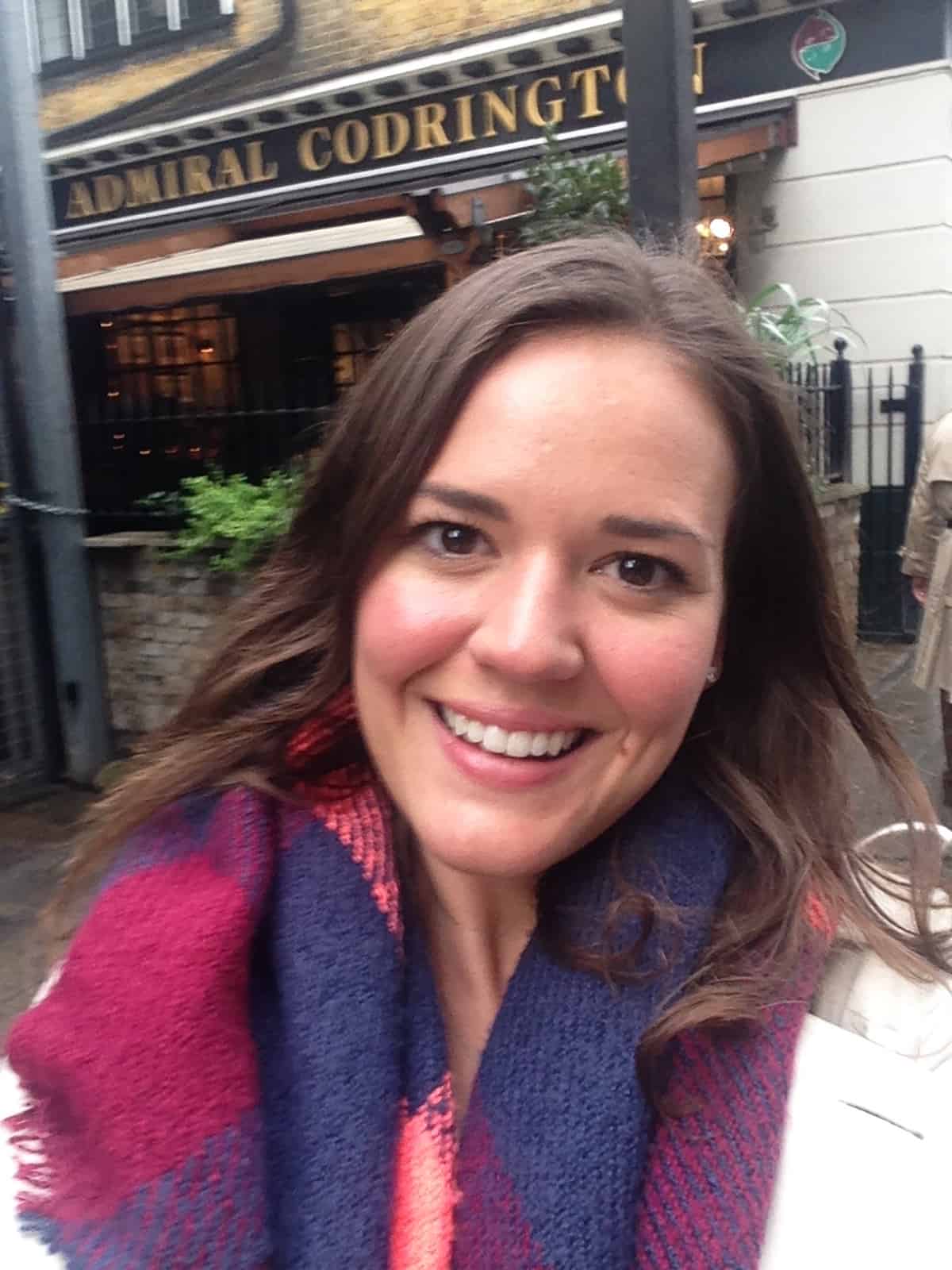 Our Associate Editor Leanne Raesener was formerly the city editor for both Brilliant and The Society Diaries magazines. A fifth-generation Texan raised in Austin; she spent most of her career in Manhattan before we were fortunate to have her back in the Lone Star State. After working at Goldman Sachs in Charitable Giving for many years, only deepened her interest in philanthropy. She supports many charities but holds most near and dear to her heart, her brother, Jack Frederick Raesener’s Scholarship Fund, Ballet Austin, and NYU FACES. Her love of life, generosity, creative style, and wordsmithing are a winning combination. 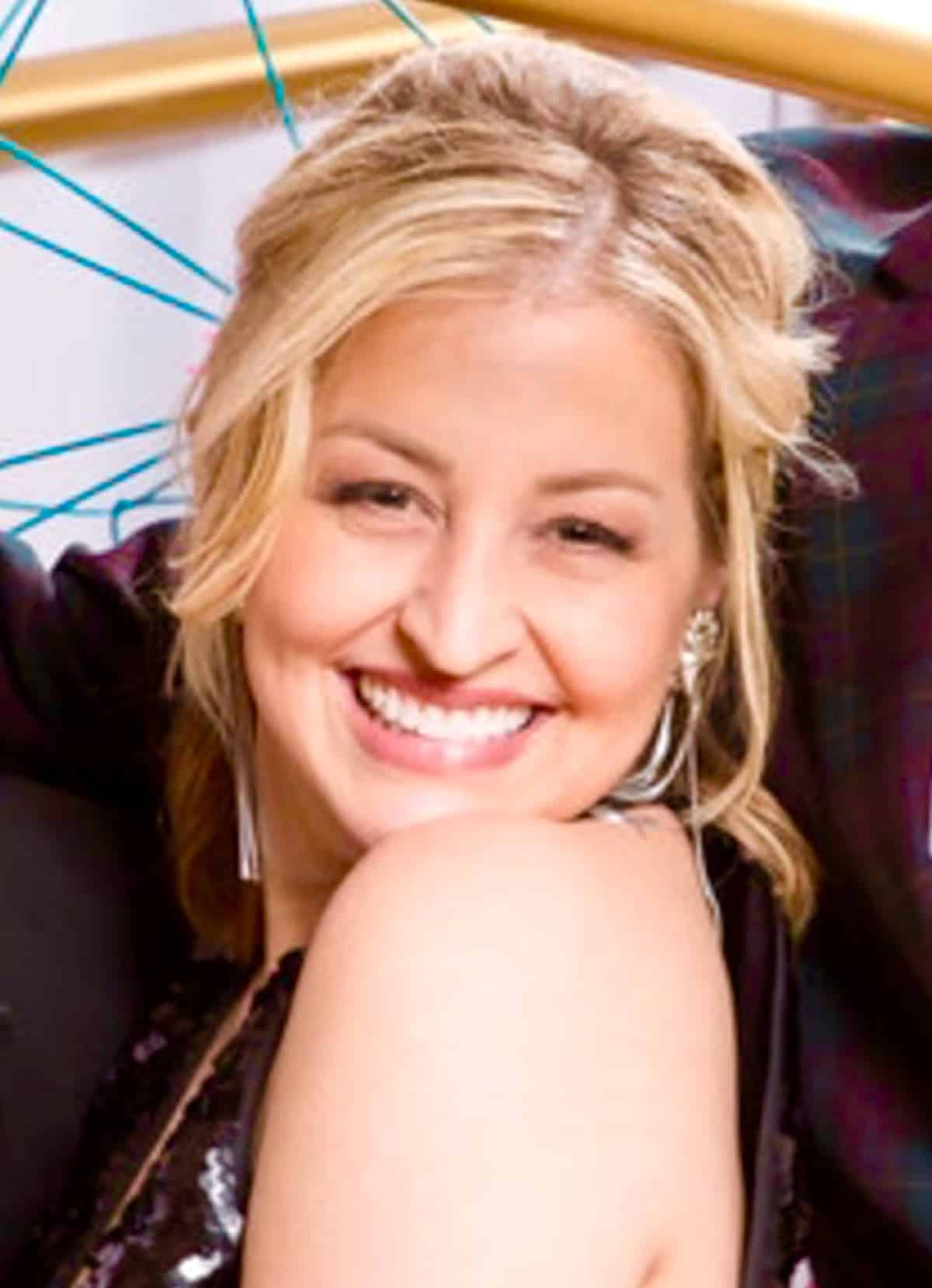 Our Evolve columnist, Jay Remer, Canada’s Etiquette Guy, catered his first dinner party at the age of 14 and hasn’t looked back since. Raised in Wilmington, Delaware, Remer emigrated to Saint Andrews, New Brunswick, Canada, where he owns and operates The Windsor House, an 18th Century residence. Remer produces several shows, which can be viewed on YouTube, and for CHCO-TV, New Brunswick, Canada’s only community channel. His bi-weekly newspaper column is published in the Telegraph-Journal in Saint John, NB, Canada. Remer also happily speaks, writes, and teaches civility. His book, The Six Pillars of Civility, was released this year. 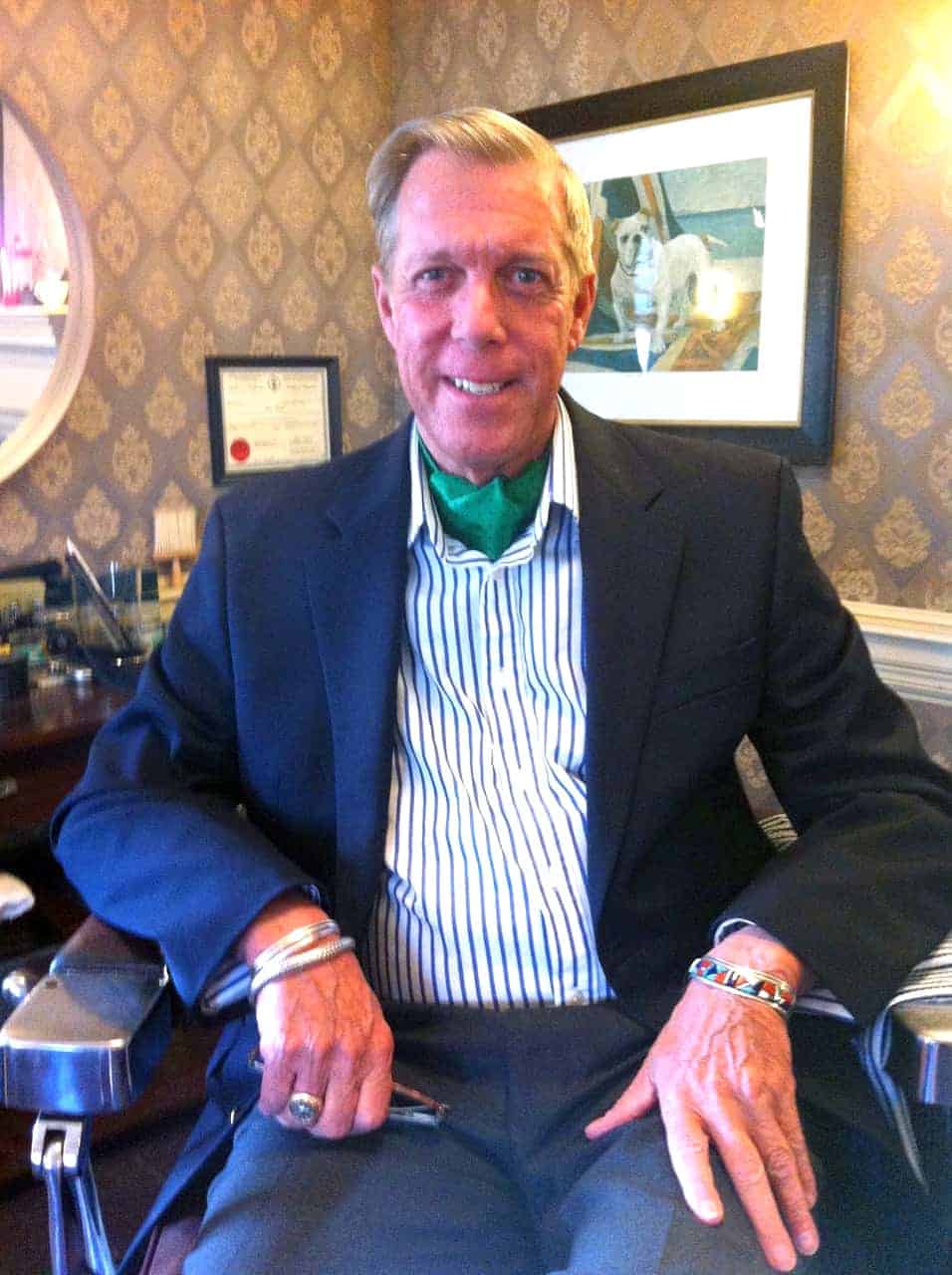 Our talented and terrifically connected Associate Editor Jennifer Roosth is a Houston-based writer who never ceases to be amazed by the wonderfully generous spirit of the Houston philanthropic community. “It’s nice to live in a city where so many are excited about giving back,” she says. “In the process, they throw some mighty fine parties.” 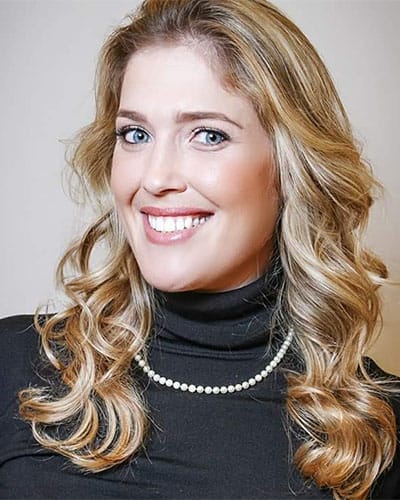 Our Drive columnist Michael Satterfield is an award-winning journalist, traveler, photographer, and lifelong automotive enthusiast who has been featured in Forbes, Hot Rod Magazine, A-Cars, Easy Riders, and many other publications. Satterfield founded the popular men’s lifestyle site, TheGentlemanRacer.com, as a blog in 2002, which has grown to become an online and print magazine reaching hundreds of thousands of readers every month. This month he writes about an adventure on a Janus Halcyon 450cc motorcycle. 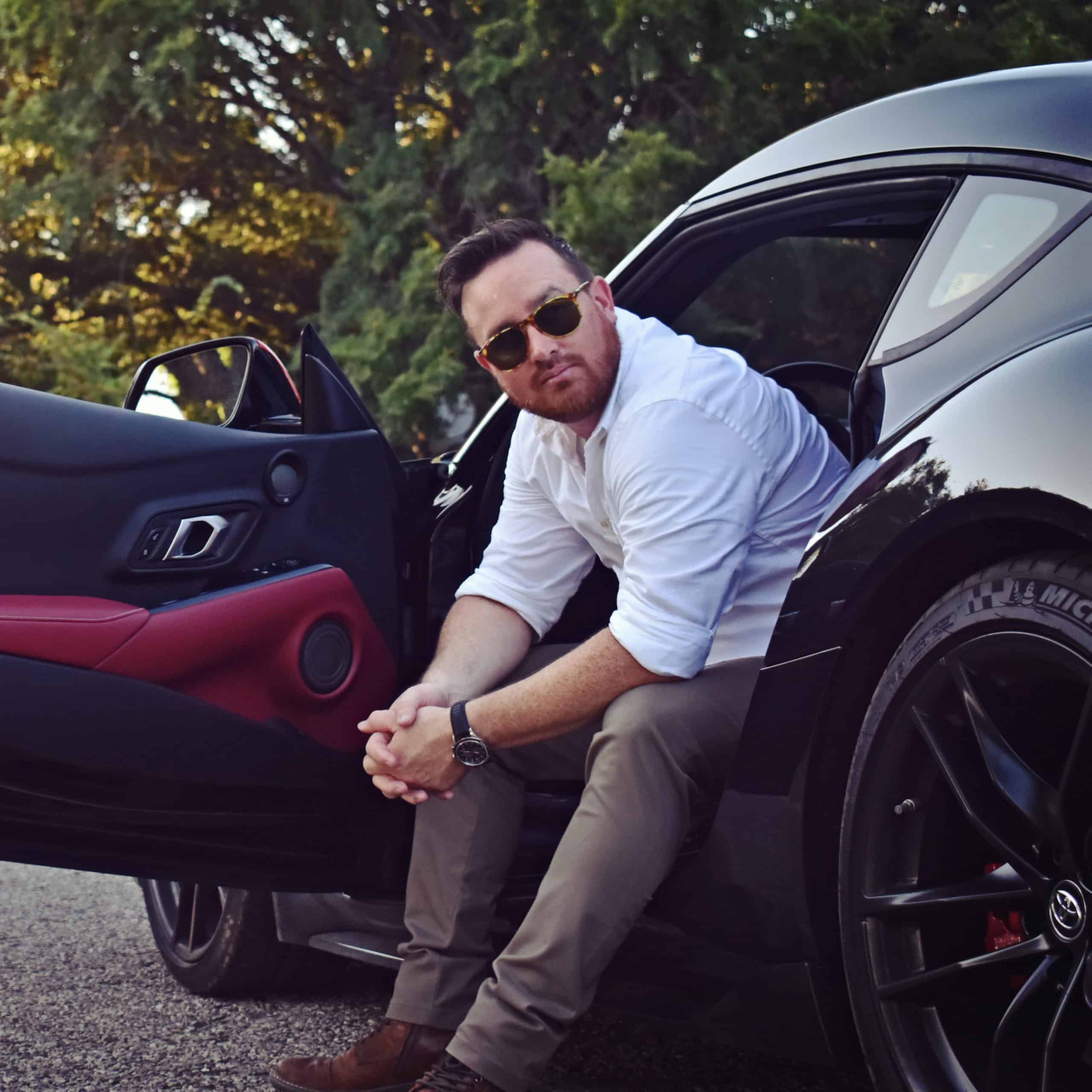 Mary Schneider, who contributes in this issue to our Thrive column, has been a student of energetic medicine for 30 years. She has been a Certified Resonance Repatterning Professional in private practice in Austin for the past 20 years (RePatternIt.com). Schneider is also an ordained minister and has studied numerous alternative modalities such as homeopathy, the Chinese 5 Element Acupuncture System, Ayurveda, and the Chakra System, to name a few. She loves speaking regularly in the community about how we heal. 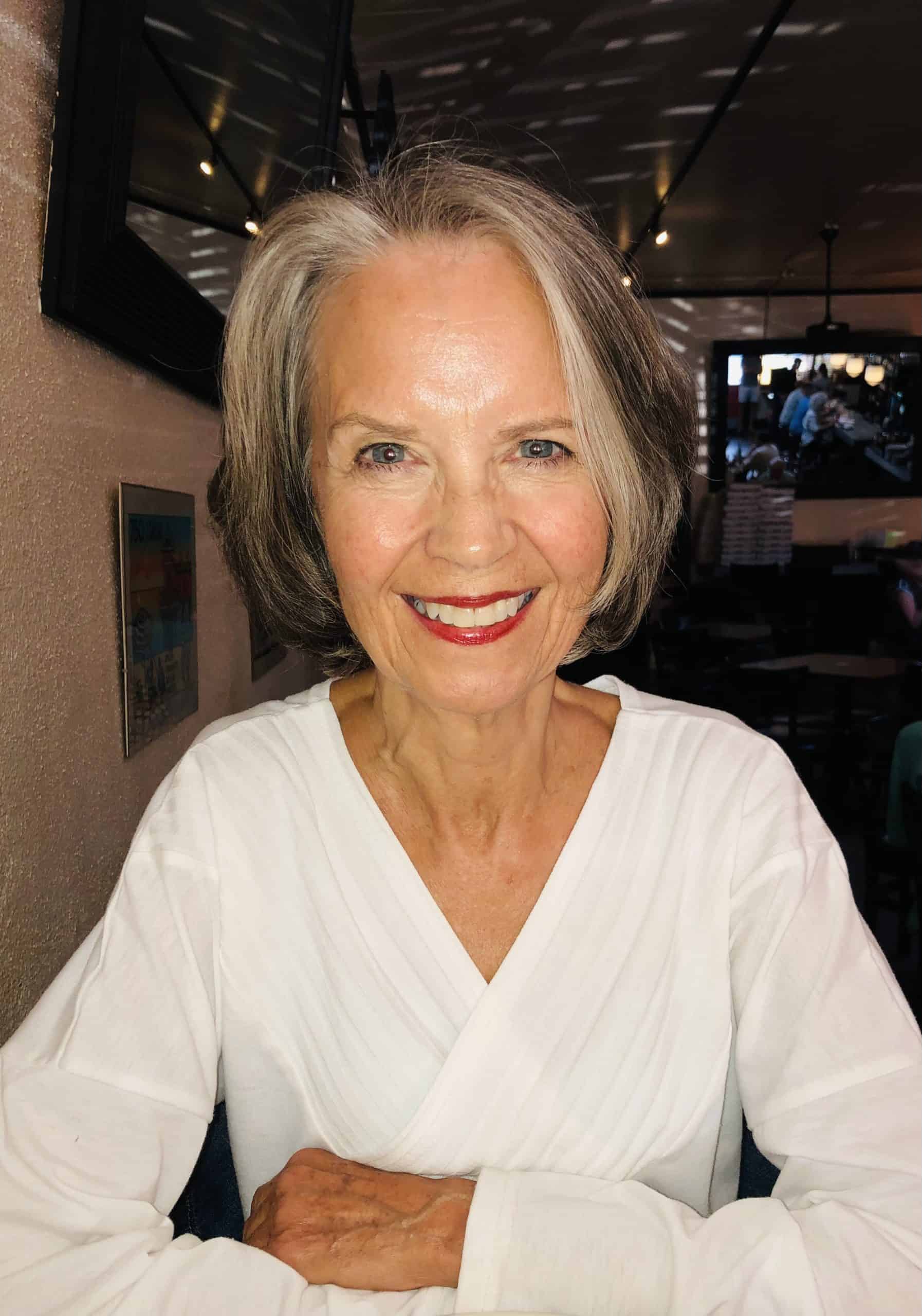 Meet Cynthia Smoot: publicist, freelance lifestyle and travel writer, Dallas influencer, and Southern Belle. Her passion is being a connector. Whether through her role as a Publicist for Gangway Advertising, social media, or her freelance work, she loves to shine a spotlight on the people, places, events, and services that give Dallas its flavor. Connect with her on all social media platforms @OhSoCynthia. 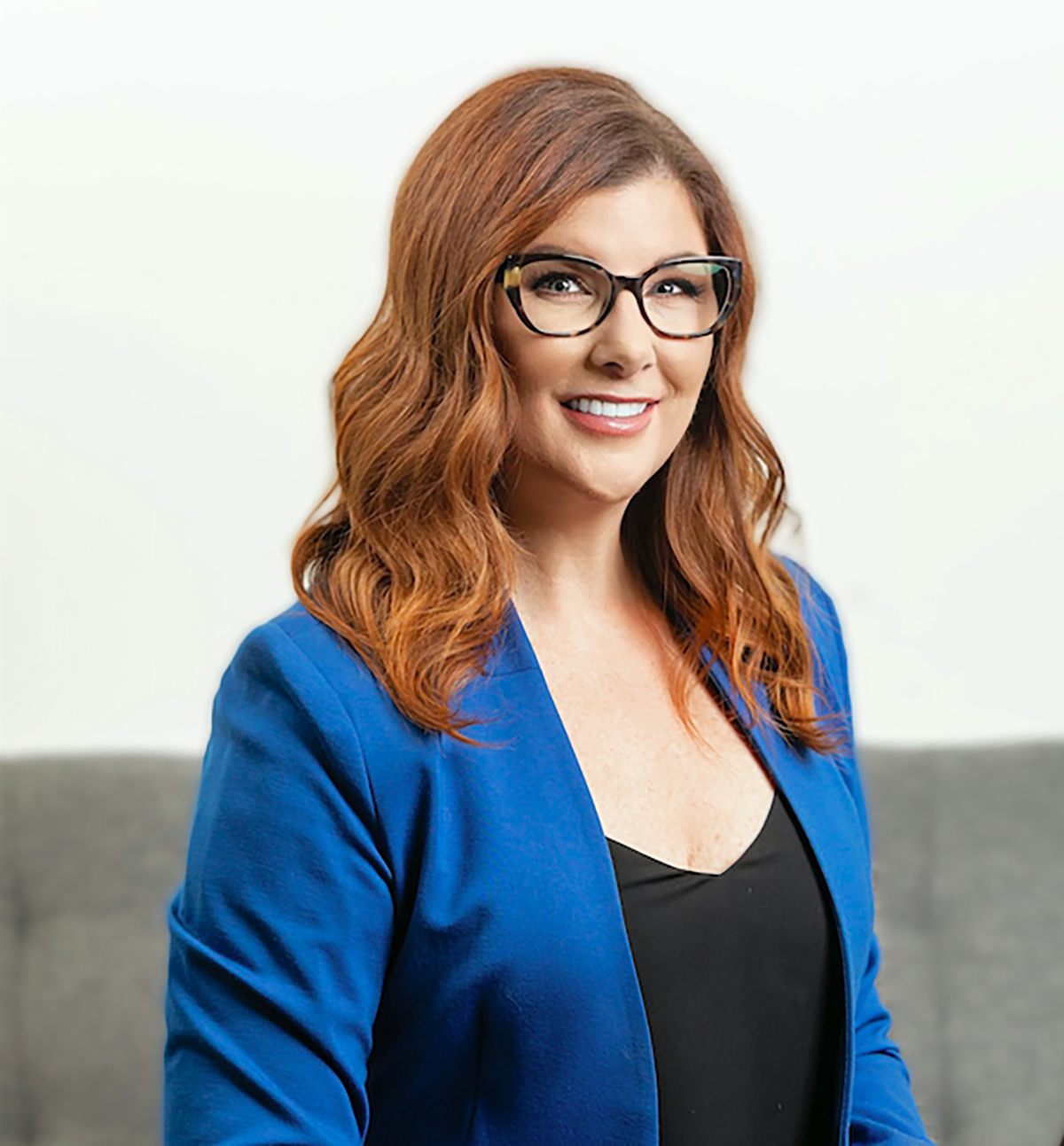 Wherever there is a wonderful party, there is usually Associate Editor and social chronicler Rose Betty Williams. She also leads symposia, plans events, serves on boards, and supports organizations from OperaAmerica to the Helping Hand Home for Children. Williams also facilitates networking for project and product development. Williams is a longtime Austin resident, freelance writer, and photographer with a passion for fine art, music, wine, books, tennis, food, and life…as well as a deep love for her family and community. 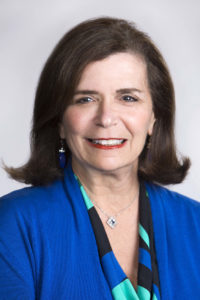