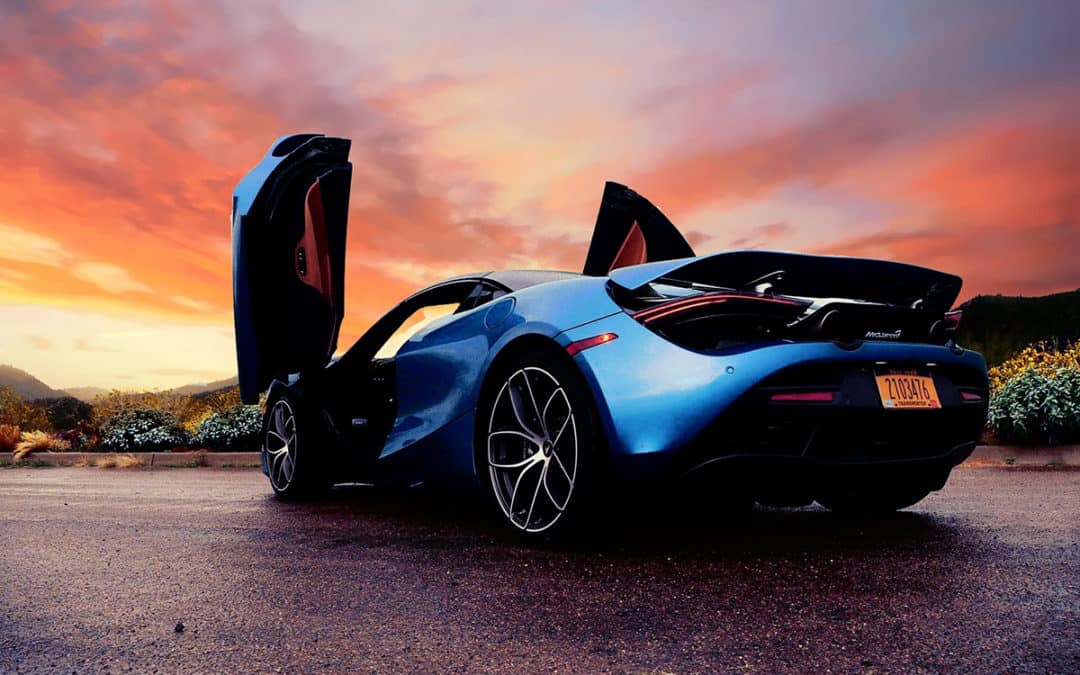 With a high-performance vehicle like the McLaren 720S Spider, something special is in store that unleashes on the road, according to our luxe automotive expert, Michael Satterfield of The Gentleman Racer.com.

By Michael Satterfield Photography courtesy of The Gentleman Racer

Sliding behind the wheel of the McLaren 720S Spider is an event, with its futuristic gauge cluster, electrochromic roof, and panel of switches and screens, one feels like they just climbed into something more akin to a fighter jet than a car. A push of the start button brings the 710-horsepower twin-turbo 4.0-liter V8 screaming to life, and with the push of another button, you lower the retractable hardtop.

With the top open, the sound gets even better. It isn’t the loud burble you would expect from a V8 or the high pitch whine of some supercars, but it’s a smooth rumble that feels more mature than, say, the howl of a Lamborghini. According to McLaren, the 720S will do 0-60 in 2.9 seconds, with a top speed of 212 mph. While those numbers may sound exhilarating, the 720S Spider manages to feel relatively normal to drive. In fact, the power comes on smoothly, so it is easy to find yourself doing triple-digit speeds quickly. Once you glance down at the speedometer and realize you need to slow down, a set of massive carbon-ceramic brakes and sticky Pirelli P Zero tires help bring everything back under control.

In today’s world of 1,000+ horsepower muscle cars, 710 hp may not sound that impressive, yet McLaren has decided to focus more on weight and balance than just adding horsepower into their cars. Thanks to their carbon fiber chassis, the 720S Spider comes in just 2,937 pounds dry, making it 83 pounds lighter than the 650S Spider and just 109 pounds heavier than the 720S Coupe. Because of this focus on weight reduction, a fully equipped McLaren Spider is still lighter than the stripped-down versions of Italian supercars.

To really get the most out of the 720S Spider, you might want to sign up for the Pure McLaren Experience, hosted in the US at the Circuit of the Americas in Austin. Not only do you get to drive the same track as the McLaren Formula 1 team, but you can also get a ride-along with pro drivers who will show you the limits of what a McLaren can do in the hands of a professional.

If a track day isn’t in the cards, the Twisted Sisters is a great place to take a car like the 720S. Made up of Ranch Roads 337, 335, and 336, the entire loop is around 100 miles and starts and ends in the small town of Leakey, Texas. The Sisters follow the canyons and hills through a series of tight twisty turns and provide some amazing views but stay focused on the road…since it is one of the most technical drives you’ll find in Texas. Pushing it in the canyons, you really feel how well balanced the car is and how every part of it is built to perform.

Returning to civilization means traffic, potholes, and parking lots, but the 720S Spider settles down and becomes as drivable as any other car. In comfort mode, its quiet, smooth, front-end lift, and 360-degree backup camera, makes navigating parking spots worry-free. The only weak point is the McLaren 720S’s infotainment and navigation system takes some getting used to.

Being an exotic, it’s how normal it feels that makes the 720S Spider so good. It’s easy to drive, enter, and exit, the controls are intuitive, the trunk space is surprisingly large, and the dihedral doors open in less space than most standard cars. But with a flick of the switch, the instrument cluster lowers, the car tightens, and over fifty years of racing heritage is unleashed, and just like that, you’re behind the wheel of a truly spectacular supercar.

The 720S Spider also has one other thing going for it. Something that McLaren hasn’t always been known for…it’s actually pretty. While function always overtakes form, the McLaren 720S is one of their most elegant cars, and taking the top off makes it even better. Starting at $315,000, the 720S Spider is delivering significant value in the topless supercar space. With the new Lamborghini Aventador SVJ Roadster coming in at over $573,000 and a Ferrari 488 Pista Spider starting at over $350,000, the McLaren is the best deal for a very, very fast car with no top.