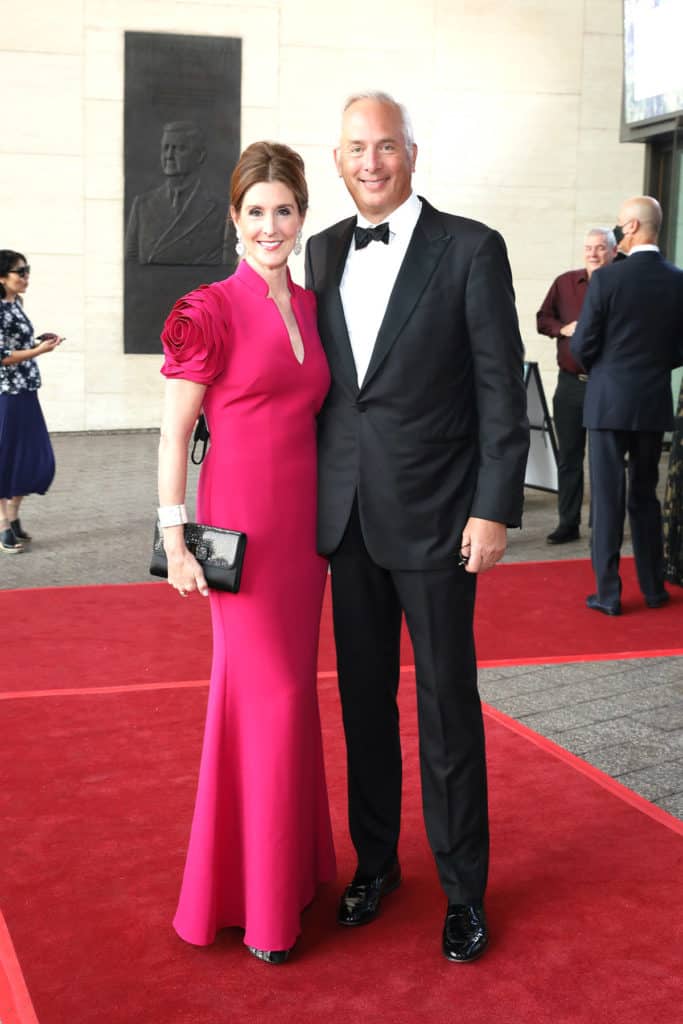 By Jennifer Roosth Photography by Wilson Parish and Priscilla Dickson

THE SETTING: The Houston Symphony recently celebrated the beginning of its fall season with the annual Opening Night Concert & Gala: An Evening with Renée Fleming at the Jesse H. Jones Hall for the Performing Arts. Throughout the evening, with pandemic protocol in place, guests wore face masks while mingling at Jones Hall and later at the Corinthian.

THE STYLE: Following a champagne reception in the mezzanine area of the concert hall, guests settled into their seats for the long-awaited opening night concert featuring the superstar soprano Renée Fleming alongside the Houston Symphony’s Principal POPS Conductor Steven Reineke. Fleming wowed the crowd as she showcased her virtuosity in a program of opera arias and songs from composers such as Handel, Corigliano, Leoncavallo, and Cilea, as well as musical theater songs and classic Broadway overtures from Rodgers and Hammerstein’s Carousel and The King and I.

Immediately following the concert, guests continued the festivities at the Corinthian, where they were greeted by the sounds of the Richard Brown Orchestra. Richard Flowers of The Events Company decorated the beautiful room, and the multicourse dinner was prepared by City Kitchen, accompanied by select wine pairings by Lindy Rydman, John Rydman, and Lisa Rydman of Spec’s Wines, Spirits, & Finer Food.

THE PURPOSE: The gala, chaired by longtime organization supporters Robin Angly and Miles Smith, raised $600,000 towards the Houston Symphony’s industry-leading Education and Community Programming, which serves more than 200,000 Houstonians annually. For the 35th consecutive year, ConocoPhillips served as the Concert Sponsor and Lead Gala Corporate Underwriter for the event. Funds raised from the evening support the Houston Symphony Education and Outreach Programs, specifically serving community partnerships with area hospitals to increase the quality of life for patients, families, and caregivers through bedside visits and in-hospital performances. These bedside and in-hospital visits became virtual during the pandemic and continued to use music to ease patients’ time in the hospital.