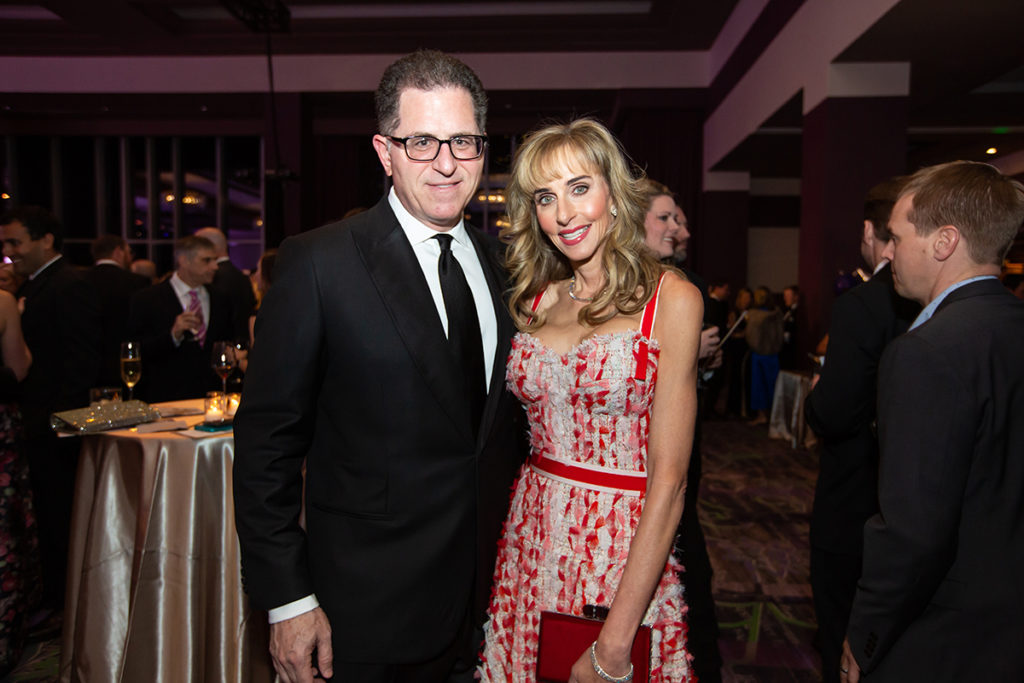 THE SETTING: The Fairmont Hotel in Austin was the setting recently for the annual Dell Children’s Medical Center gala. This year’s theme, Share Your Joy, more than lived up to the name. Nearly 1,000 of the Capital City’s most notable philanthropists, sociables, and community influencers joined together for an unforgettable evening of fun, fundraising, and the announcement of a substantial gift by two of Texas’ most influential philanthropists.

THE STYLE: The black tie attired crowd began the evening as guests posed for pictures against a gorgeously colorful backdrop to commemorate the evening. Once inside, partygoers headed to the V.I.P. lounge for a cocktail reception where patrons sipped spirits and brimmed with anticipation for the festivities ahead. The action then headed to the main ballroom for the evening’s program.

Guests were treated to a heartwarming video regarding the impact of Dell Children’s Medical Center on the community, as they dined on a delicious multi-course meal. Other highlights included emotional words from families whose children’s lives were saved due to the efforts of the organization, as well as a spirited live auction and fund-a-need. The highlight of the evening was the announcement by Michael and Susan Dell of a matching grant of $30 million for the HERE Campaign for the advancement of pediatric care at Dell Children’s. The guests, now on a joyous high over the Dell’s generosity, kept the festivities going into the wee hours of the next morning at the V.I.P. after party as they danced the night away to the tunes of DJ’s Amy Edwards and Society Texas’ own Lance Avery Morgan.

THE PURPOSE: The event was led by a committee known as 20 for 20, symbolizing the number of philanthropic couples who have shaped the first decade of Dell Children’s Medical Center. In addition to the $30 million match by Michael and Susan Dell, the event raised a record-breaking $2.1 million for Dell Children’s Medical Center. Proceeds from the event will go towards construction of the new Dell Children’s Specialty Pavilion. The new outpatient facility, scheduled to open in 2021, will expand specialty care for children.