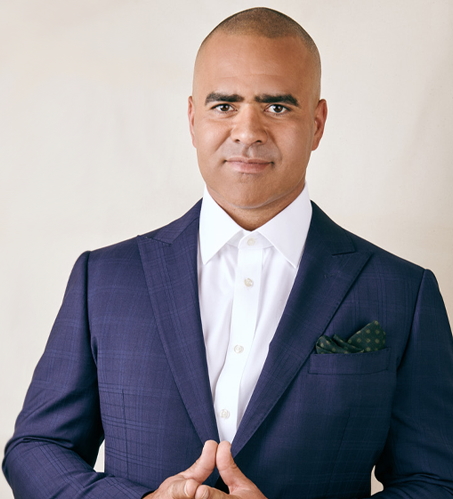 WEST SIDE STORY: CHRISTOPHER JACKSON: LIVE FROM THE WEST SIDE

We love that the Texas Performing Arts announced that it is one of a select group of nonprofit arts organizations participating in a livestream concert event, Christopher Jackson: Live from the West Side on Saturday, August 15 at 7 p.m. CST. Jackson is a Grammy and Emmy Award winning songwriter/composer and is the Tony Award- nominated actor best known for originating the role of George Washington in the cultural phenomenon Hamilton. “Nonprofit arts presenters are the lifeblood of the performing arts industry and a pipeline for young talent. Without them there is no Broadway,” said Jackson. “While everything is shutdown during this terrible pandemic, I am delighted to be able to help spread some joy and help raise some much needed support for these deserving organizations.”

Accompanied by a live band, Jackson will be performing songs from his favorite musicals, pop standards, and some of his original material, and will share stories from his time affiliated with two of the most important musicals of the last decade In The Heights and Hamilton. Audience members will also be invited to text in questions, some of which will be answered during the live event.

“We’re happy to bring Austin’s Broadway fans this unique opportunity to experience a great performer live on screen from New York” noted Texas Performing Arts Executive Director Bob Bursey. “While we can’t experience the power of performance together in person, an interactive live concert specifically for Austin and selected other communities around the country is the next best thing.”

The livestream, a co-production of Dallas Summer Musicals and Entertainment Benefits Group, is being shared by a number of nonprofit arts presenters around the country. The event will take place at New York’s New World Stages, the off-Broadway venue that has housed productions of Jersey Boys, Avenue Q and many others. Proceeds from the ticket sales for Christopher Jackson: Live from the West Side will support Texas Performing Arts’ reopening and recovery efforts. For tickets and more information, visit TexasPerformingArts.org.