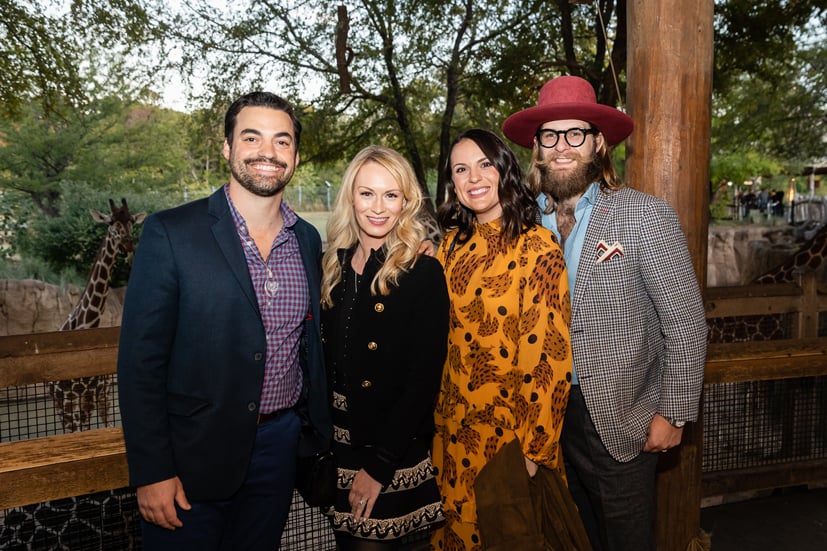 WALK ON THE WILD SIDE

Dallas Zoo’s Gala Captures The Spirit Of The Wild

By Cynthia Smoot – Photography by Thomas Garza and Monika Normand

THE SETTING: This year’s Zoo To Do fundraiser, presented by The Eugene McDermott Foundation, was, without a doubt, the most Instagrammable party of the year. In addition to being greeted by Dawn and Steve Moore, this year’s event chairs, the 700 guests who entered the front gates of the Dallas Zoo were welcomed by animal ambassadors, including flamingos, an anteater, and penguins as a reminder of why Zoo To Do is so important.

Honorary Chef Chair Dan Landsberg of Dragonfly at Hotel Zaza, along with Chef Wrangler Brett Krafft from the Hilton Lincoln Centre, joined guests at the award-winning Giants of the Savanna exhibit for a strolling dinner among the 30 restaurant stations representing the finest restaurants in Dallas. How often can one say they had lions, elephants, African painted dogs, and cheetahs as dinner companions?

THE STYLE: At each station, the executive chefs served delicious gourmet treats of appetizers, entrée specialties, and desserts. Bars placed throughout the exhibit provided fine wines and craft cocktails, too. Following the dinner and live auction portion of the evening, the Zoo To Do 2 after-party crowd joined in the celebration at the Wilds of Africa Plaza, where everyone danced the night away to music from the Emerald City All-Stars, one of the city’s best live party cover bands.

THE PURPOSE: The Dallas Zoo, recently named one of the nation’s Top 10 Zoos by USA Today, is the largest zoological experience in Texas. Accredited by the Association of Zoos & Aquariums, the venue features a 106-acre park, thousands of animals, and an education department that offers programs for all ages. This year’s event resulted in over one million dollars raised to help support the Dallas Zoo’s dedication to providing the best animal care, deliver unique education offerings, and strengthen its wildlife conservation efforts.