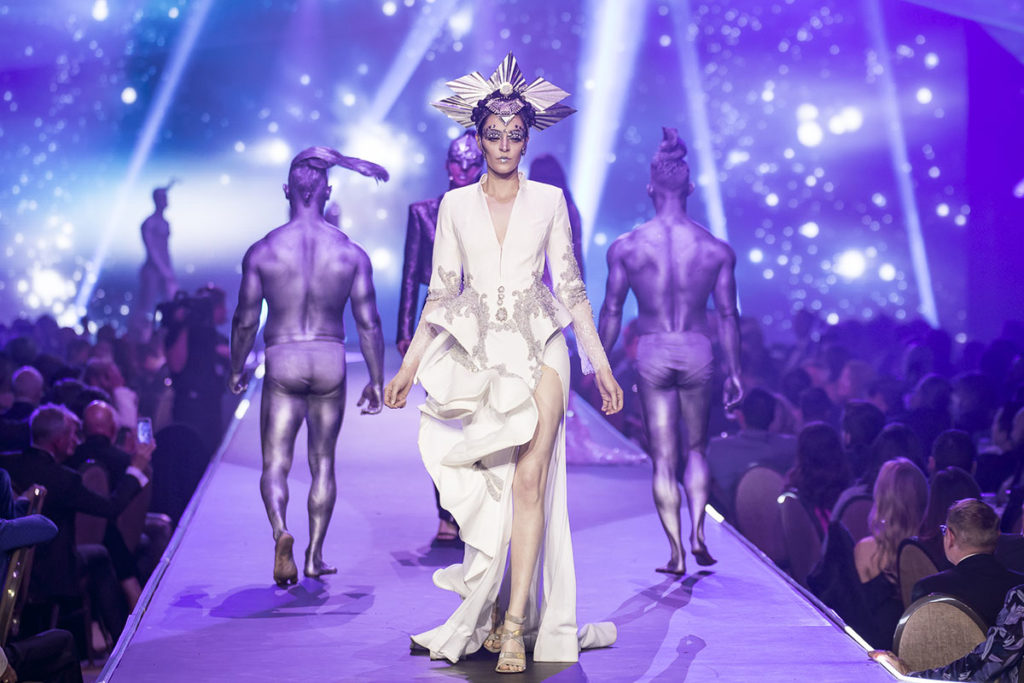 THE FUTURE IS NOW

By Rob Giardinelli Photography by Joseph Brewster and Thomas Garza

THE SETTING: Dallas’ Omni Hotel was the recent setting of House of DIFFA’s Futuro gala. Over 1,400 of Dallas’ social, philanthropic and community leaders turned out for an evening of fun and fundraising while looking forward to a future where there is zero stigma, deaths and new infections of HIV/AIDS. The evening began in the ballroom level of the Omni where guests enjoyed cocktails while taking part in DIFFA’s legendary silent auction. Each year DIFFA’s silent auction features dozens of custom tailored jackets from world-renowned designers. This year kept the tradition by featuring pieces from Zac Posen, Dolce & Gabbana, Badgley Mischka, Christian Lacroix and many others.

THE STYLE: The festivities moved to the ballroom where patrons made their way to their tables against the backdrop of dancers in LED light ensembles creating the perfect complement to the Futuro theme of the event. During the program, as guests dined on multi-course meals, members of DIFFA’s style council walked the runway, and speeches by DIFFA leadership and several awards were presented to those in North Texas who have been futuristic visionaries in combating the fight against HIV and AIDS. The program continued with a live auction sponsored by Ebby Halliday and hosted by comedian Dana Goldberg that raised over $325,000.

The fun continued as revelers, greeted by Bravo TV personality Carson Kressley, were treated to a dazzlingly futuristic fashion show. Among the treats viewed by the audience were fashions from Forty Five Ten and Traffic LA and a dance performance by Gwendolynne Murphy dressed up as a “Fembot”. The show was wrapped up with models donning three Iris Von Herpen dresses that were flown in from Paris specifically for the show. The festivities were capped off with an after party where partygoers danced the night away to the tunes of DJ Lucy Wrubel.