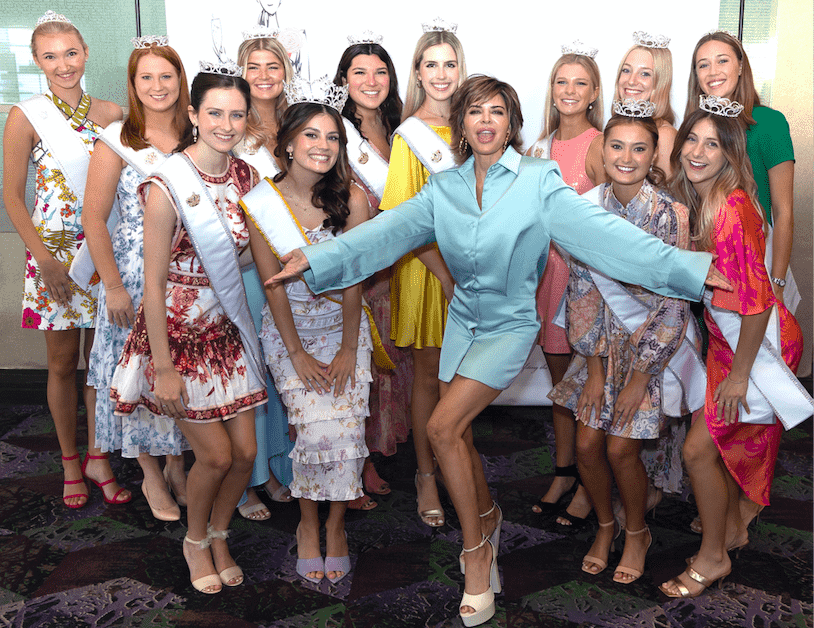 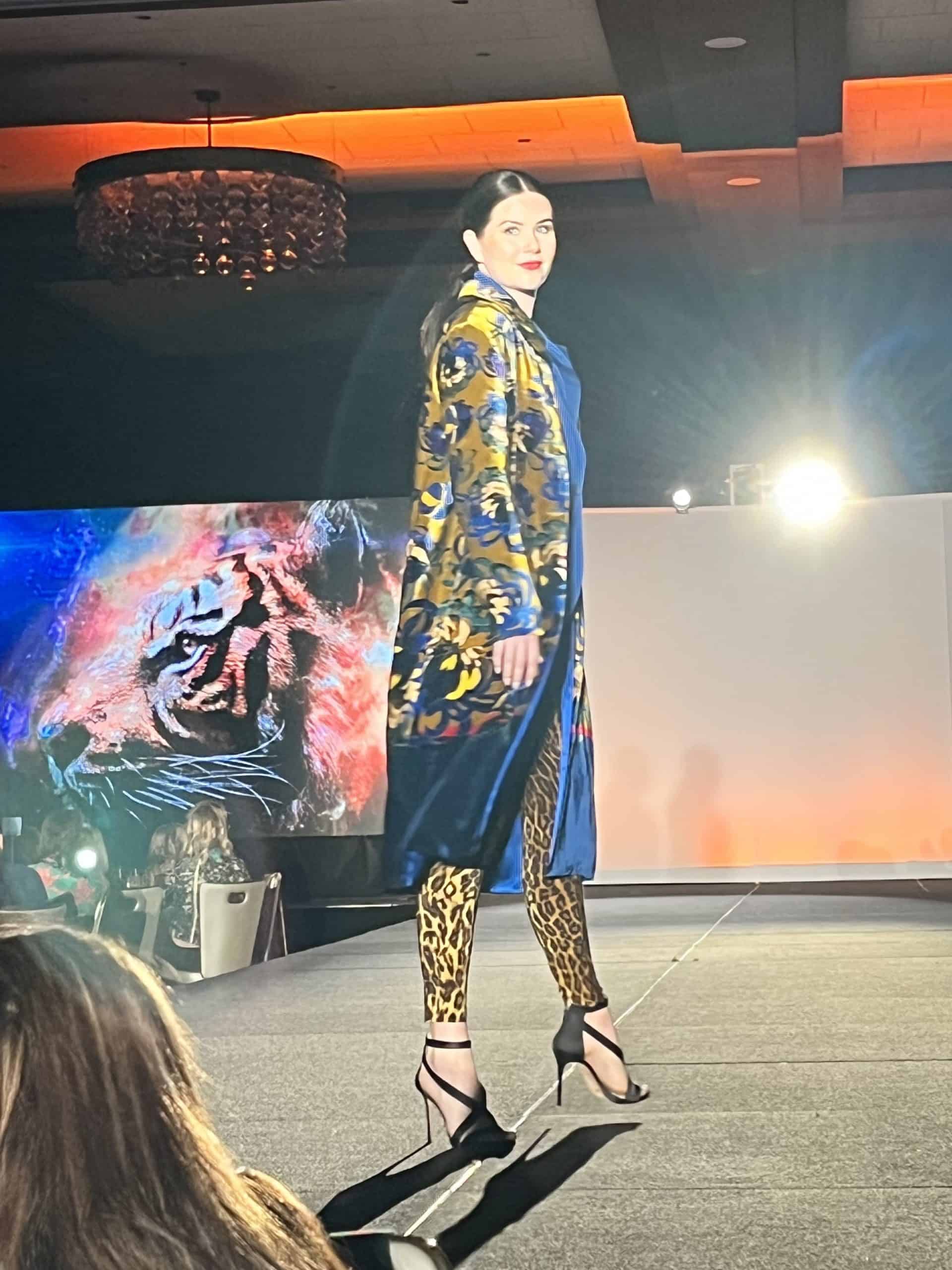 Fashion by The Garden Room 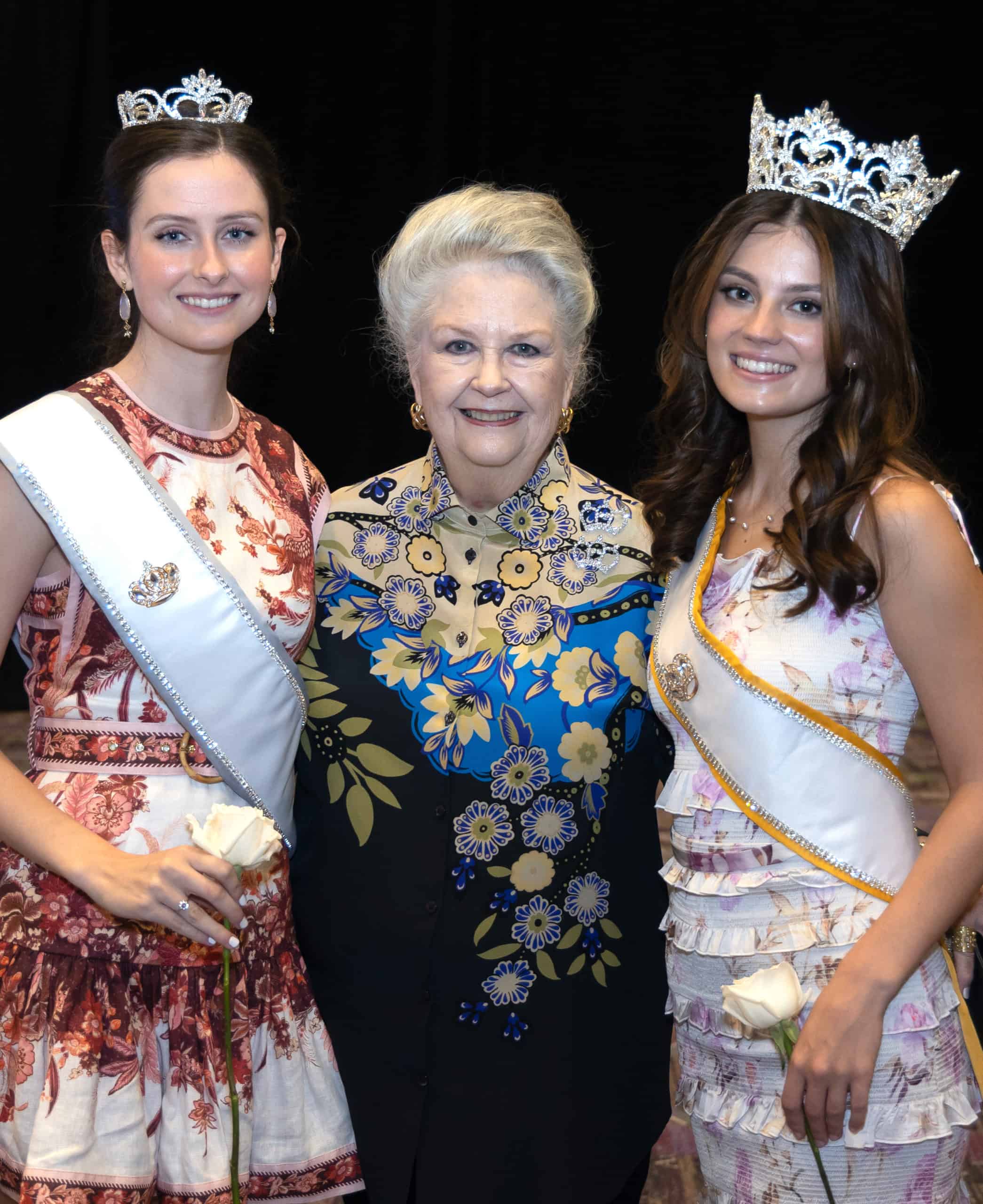 THE SETTING: The Fairmont Hotel in Austin was recently the setting for an afternoon of celebrity, conversation, and beautiful fashions. Several hundred of the Capital City’s most notable sociables, fashionistas and philanthropists turned out for the annual Women’s Symphony League of Austin’s Fashion & Luncheon. The event kicked off a weekend full of festivities that culminated in the annual Jewel Ball the following evening. 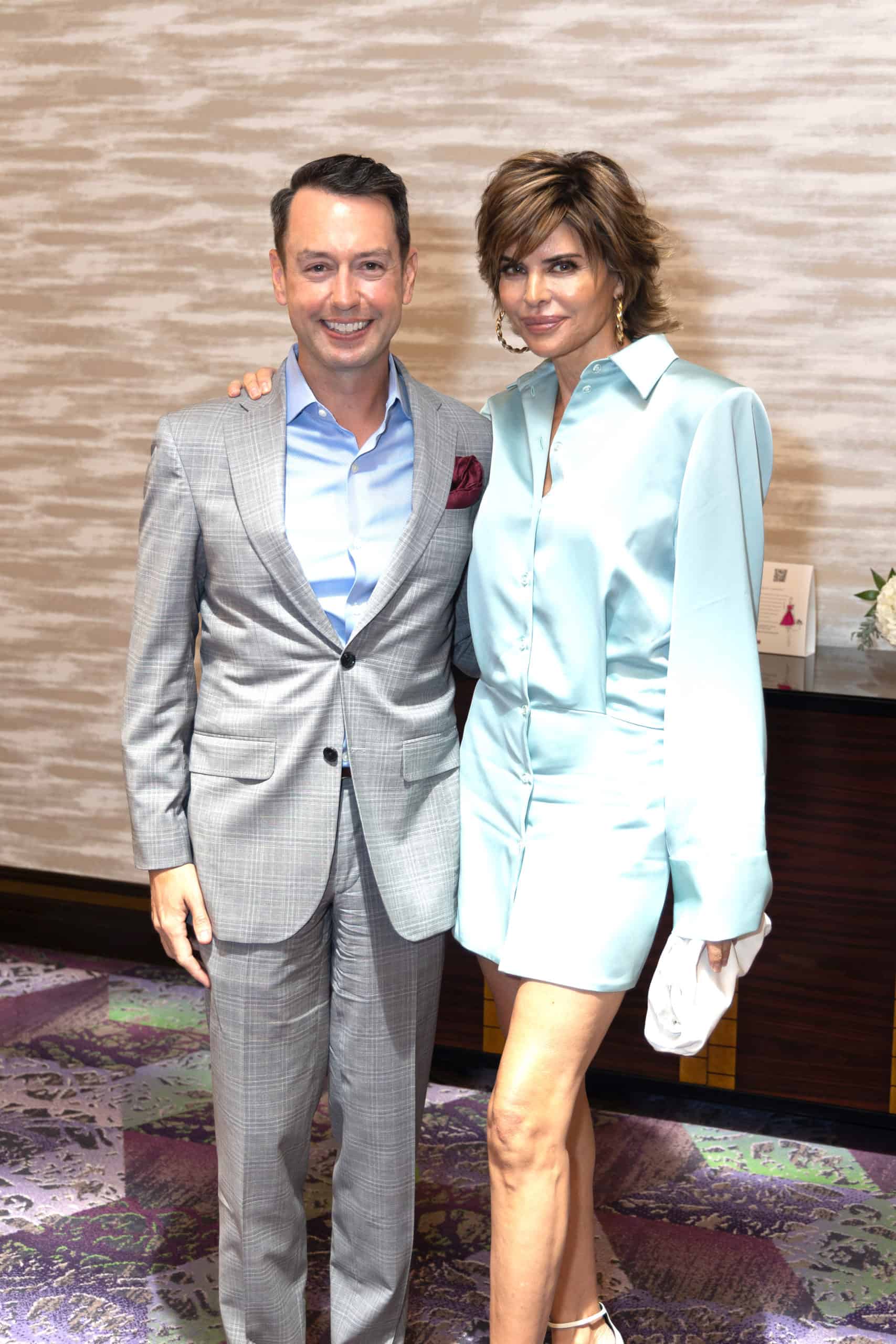 THE STYLE: The luncheon-chic crowd commenced the festivities with cocktail in the foyer outside the venue’s ballroom. As guests sipped on bubbles and other spirits, they had the opportunity to pose with guest of honor Lisa Rinna on the step and repeat, many of whom shared their favorite stories of her during her three decades in the public eye. 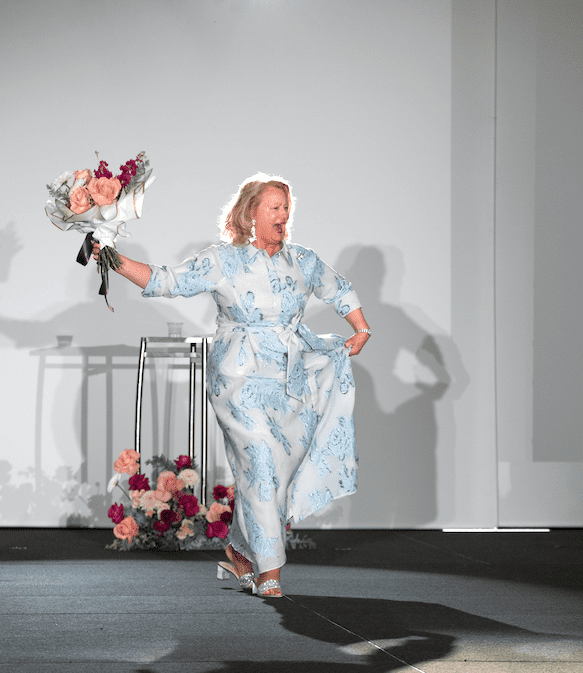 The festivities then moved into the ballroom for the main program, with opening remarks offered by Mary Ellen Borgelt, where guests dined and were then treated to a fun and lively conversation between moderator Wroe Jackson and Rinna, who held court with the audience highlighting her personal journey and sharing fun behind the scenes stories during her career.

The event was capped off with a fashion show sponsored by The Garden Room, led by Patty Hoffpauir. Rinna provided the perfect transition as she strutted down the runway herself in advance of the main fashion show, produced by Sue Webber of Webber Productions. The audience was wowed by the 75 stunning looks that went down the runway, with many guests staying long after the show to browse items at The Garden Room pop-up in the venue’s foyer, creating a full circle moment back to where this magical afternoon began. 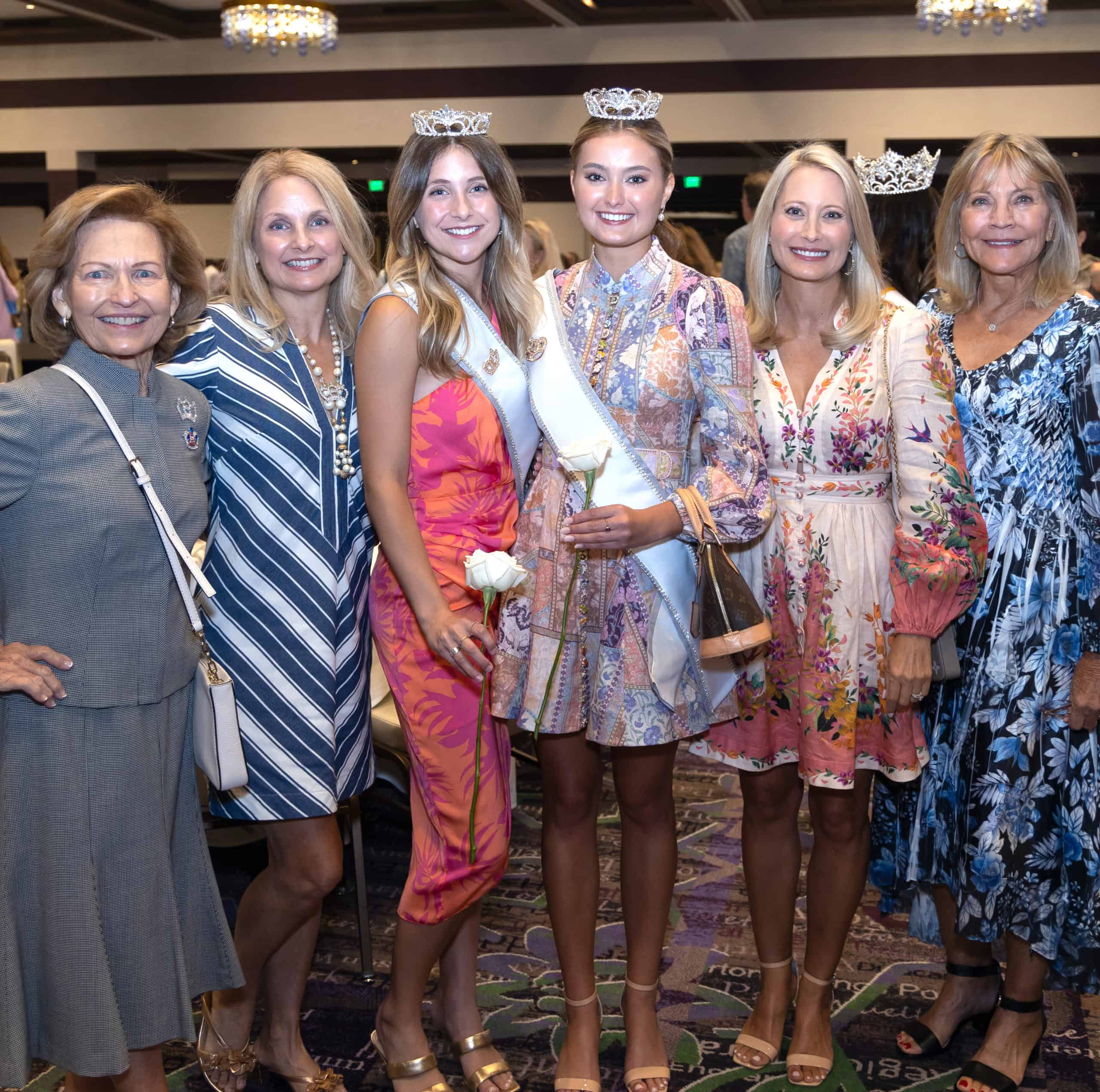 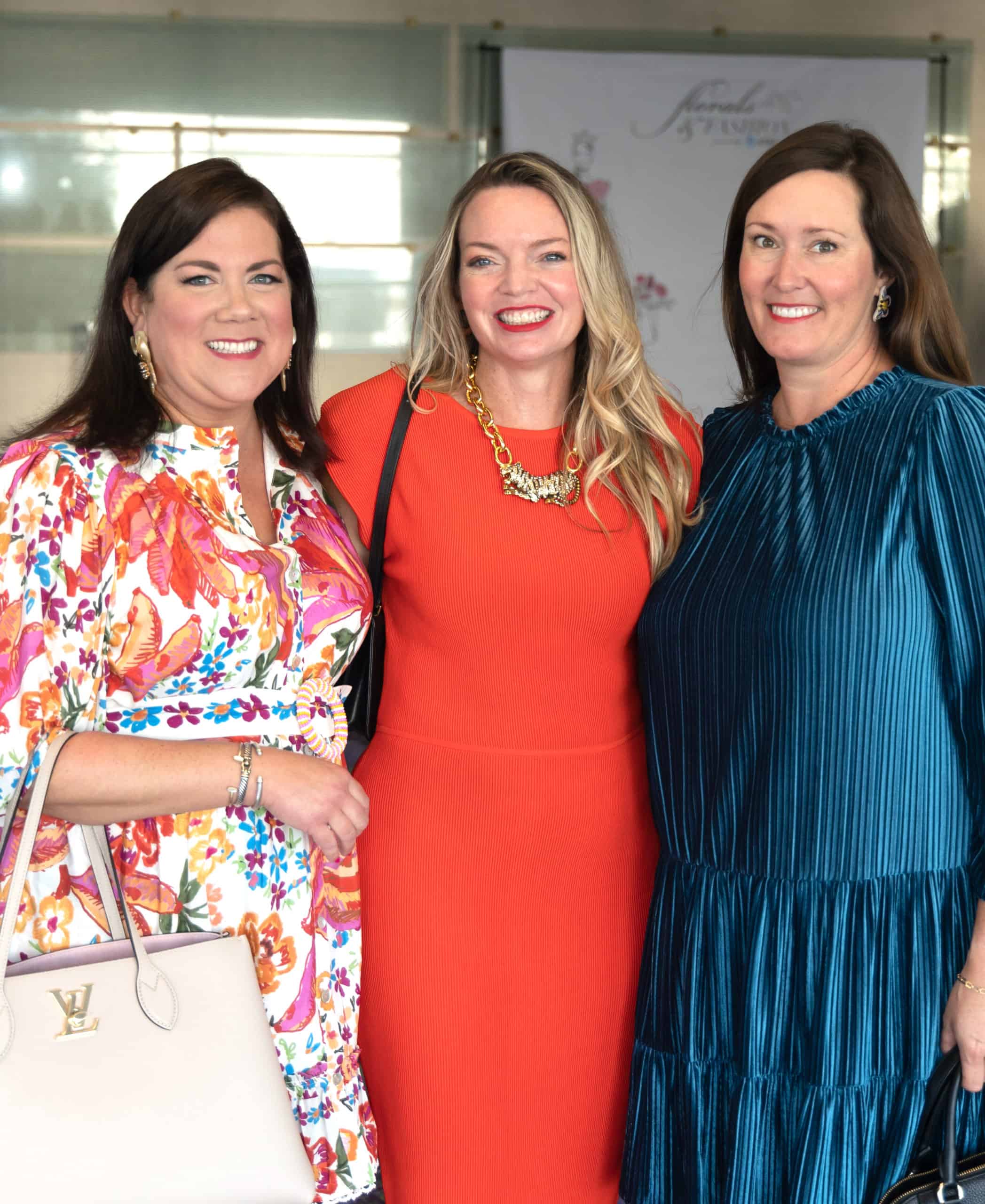 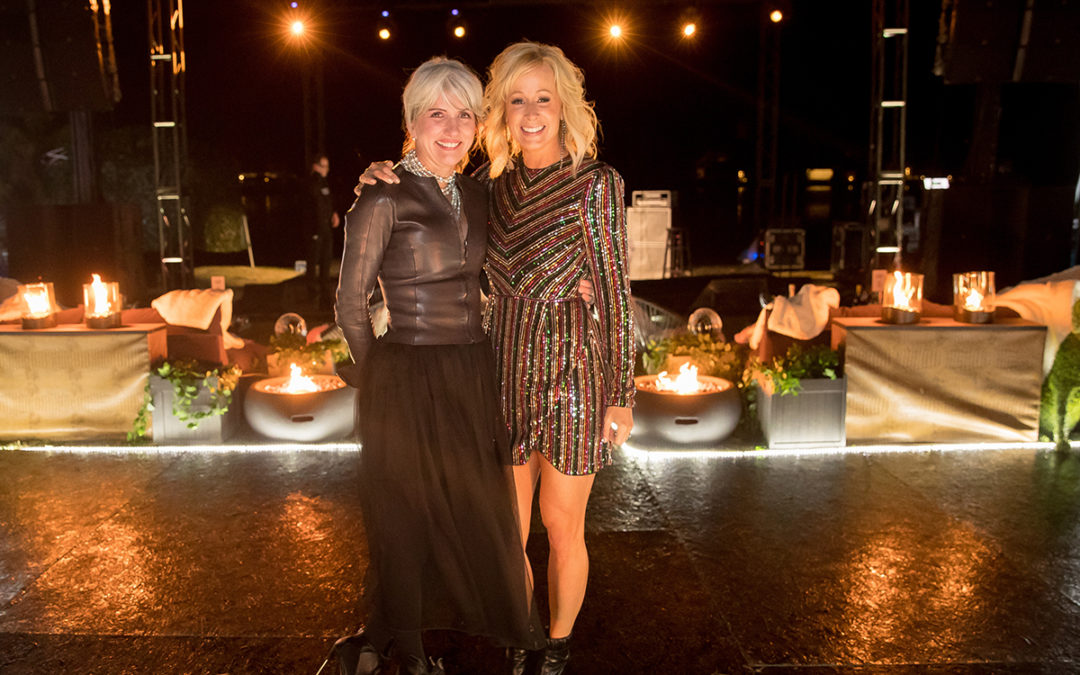 THE SETTING: A private residence in Austin was recently the setting for a special evening that honored one of the world’s most beloved music genres, the soul of Motown. In total, 230 of the city’s most notable philanthropists, sociables, and music lovers were on hand for the Art of Kindness, which celebrated Motown’s 60th anniversary in a special partnership between The Kindness Campaign and the Grammy Museum.

THE STYLE: The winter-chic crowd began the evening with cocktails where guests mingled, sipped cocktails, and brimmed with anticipation of the entertaining night ahead. The music lovers then headed to their seats for the program, conversation, and concert. The program included a Q&A with legendary Motown singer Claudette Robinson, of The Miracles, as well as a live auction that featured such luxe items as the Red Carpet Treatment package that included a VIP tour of the Grammy Museum and tickets for four to Conan, and a Pampering in Paradise private getaway for six in the Caribbean, which fetched the highest dollar amount of the evening. The night was capped off by a surprise concert by Grammy Award-winning musician, Estelle, who brought the crowd to its feet and had them dancing the night away into the wee hours of the morning.

THE PURPOSE: The event, co-chaired by Amber Allen and Lawton Cummings, raised over $450,000 for The Kindness Campaign. The Kindness Campaign’s mission is to provide positive and accessible tools to promote emotional health for students based on the core message I Am Enough. 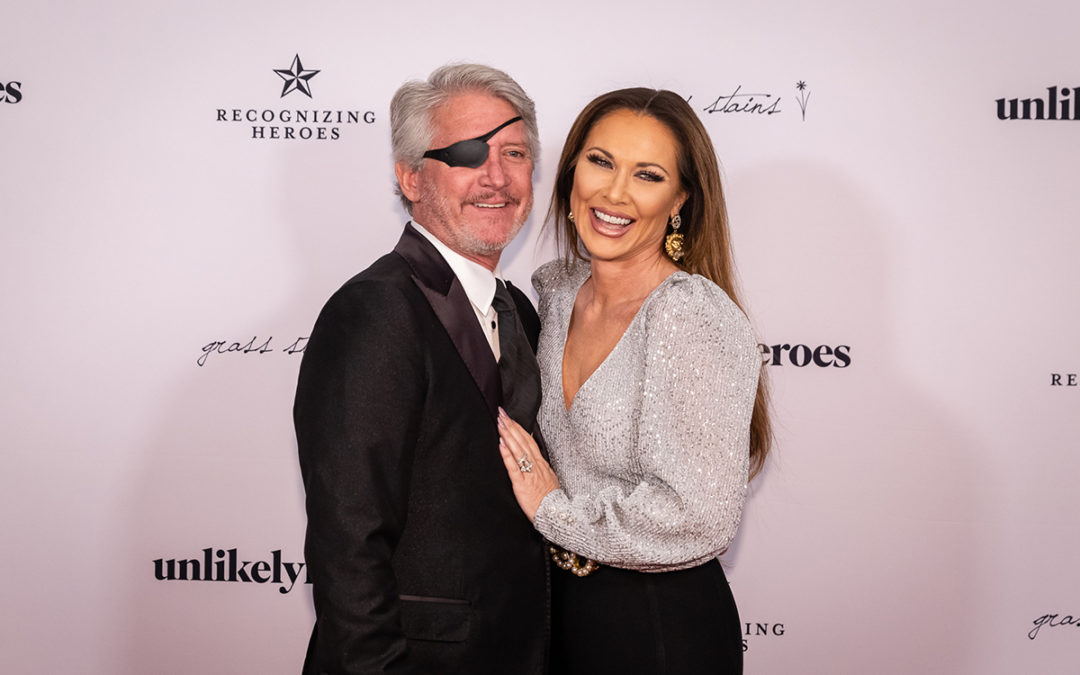 TELL IT TO MY HEART

THE SETTING: More than 400 supporters gathered at The Ritz Carlton-Dallas for the seventh annual Recognizing Heroes Awards Dinner charity benefit. Guests enjoyed an unforgettable evening that featured a live musical performance by three-time GrammyÒ-nominated pop icon, Taylor Dayne, and red carpet arrivals with special guests. The exclusive VIP cocktail reception hosted by Melissa Rycroft, and a silent auction made the evening ever so special.

THE STYLE: Cassadee Pope, winner of The Voice, kicked off the evening with selections from her new album. Guests were then warmly welcomed by the evening’s hosts, comedian Anjelah Johnson and Real Housewives of Dallas personality, LeeAnne Locken. Rebecca Bender shared her very personal story of recovery. Unlikely Heroes CEO and Founder, Erica Greve, then announced the integration of Elevate Academy into the daily work of Unlikely Heroes and that in addition to expanding the program across the country, local in-person chapters of Elevate Extended launches this spring.

THE PURPOSE: Since 2011, Unlikely Heroes has rescued hundreds of children, and their journey to freedom starts in one of their six restoration homes located around the world. The experienced Unlikely Heroes teams are on the ground in the United States, Mexico, Thailand and the Philippines, providing the very best in restorative care, safe housing, education, life skills, medical care, counseling, stability and love to every single child for whom they care. 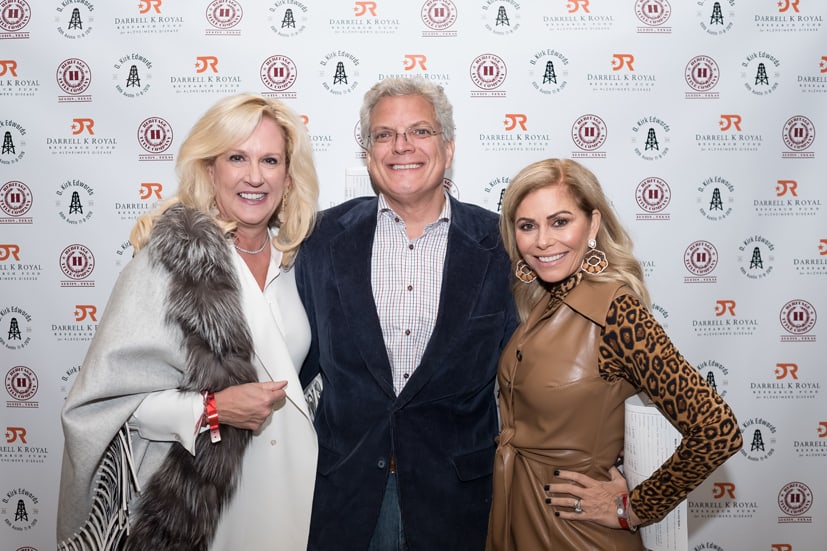 CLOSER TO THE GOAL

THE SETTING: The Moody Theatre at ACL Live in Austin was recently the setting for the annual 4th and Goal gala. Several hundred of Texas’ most notable philanthropists and sociables were treated to an special evening that combines sport, music and philanthropy like no other in the state and the result was a magical evening those on hand will not soon forget.

THE STYLE: The fun began in the foyer of the ACL Theatre with a cocktail hour where partygoers were able to mingle, socialize and sip spirits while perusing an impressive array of sporty silent auction items that included among other things a private tour of Jay Leno’s one-of-a-kind car collection.

The festivities then moved inside for the main program. Against the backdrop of replay highlights commemorating the silver anniversary of the legendary 1969 game where Texas defeated Arkansas 15-14 en route to their 1969 NCAA championship, guests dined on a multi-course meal that was capped off with individual chocolate cakes in the shape of Texas. The evening continued with an impressive live auction that included a BMW X7, which fetched $127,000 and a bucket list experience with Andrea Bocelli in Italy that scored $195,000. The night was capped off in style by a performance from The Doobie Brothers, who brought the crowd to their feet, as they sang along to new songs and legendary tunes by the iconic band.

THE PURPOSE: The evening raised over $1.6 million for the Darrell K. Royal Research Fund for Alzheimer’s Disease. The mission of the DKR Fund is to provide excellence in research and care for Texas to attempt to cure Alzheimer’s in our lifetimes. 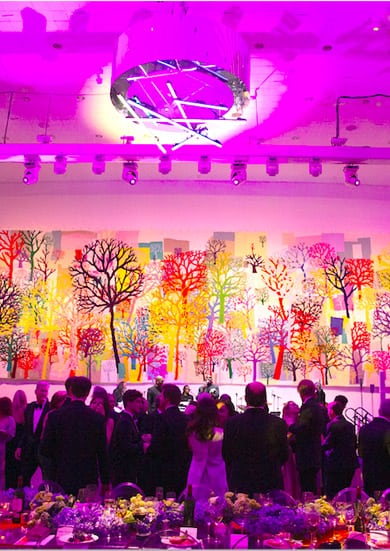 THE SETTING: Nearly 300 guests recently walked the pink carpet for the Grand Gala Ball at the Caroline Wiess Law Building of the Museum of Fine Arts, Houston. Reflecting the theme Abstraction: Moving into Modern, the event featured a curated selection of abstract pieces anchored by Trenton Doyle Hancock’s Good Vegan Procession #5 mounted on the wall of Cullinan Hall. Measuring a massive 54 feet wide by 18 feet high, the mural-scaled backdrop depicts a brightly colored forest glade with silhouettes of over a hundred dancing trees across a field of many colors. The Events Company mirrored the vibrant color palette with fresh floral arrangements in various hues, as well as Lucite tables and chairs to enhance the modern aesthetic. At the base of Cullinan Hall’s staircase, guests posed for pictures in front of a fresh flower wall spanning shades of white, pink, red, lavender, and deep purple roses, while admiring the Harry Winston jewels posed on models atop mirrored platforms in front of the flower wall.

THE STYLE: Remarks were made by Chairman of the Board of Trustees’ Rich Kinder, Director of the MFAH Gary Tinterow, Houston Salon Director of Harry Winston Petra Martinez, and VP North America of Harry Winston Michael Moser. City Kitchen prepared a magnificent three-course dinner, starting with cauliflower soup with preserved lemon and parsley. Guests were also served pan-roasted main lobster with shallots, thyme, and crème fraîche; prime-aged beef tenderloin medallions with Bordelaise sauce; twice-baked Yukon gold potatoes with cheddar and scallions; and asparagus. For dessert, guests enjoyed a lemon meringue tart with raspberry sorbet and raspberry coulis. The event featured live entertainment by Jessie’s Girls, as well as a special performance by Grammy®-Award-winning singer Bruce Hornsby, who was hand-selected by Susanne and Bill Pritchard. Hornsby performed his chart-topping songs for guests, including The Way It Is, The End of Innocence, and Mandolin Rain.

THE PURPOSE: This year’s event, chaired by Susanne and Bill Pritchard, raised a total of $1.9 million to support the Museum’s general operating budget. Supporting local communities and giving hope to those in need has been a hallmark of the House of Harry Winston, the evening’s presenting sponsor, since its founding in 1932.