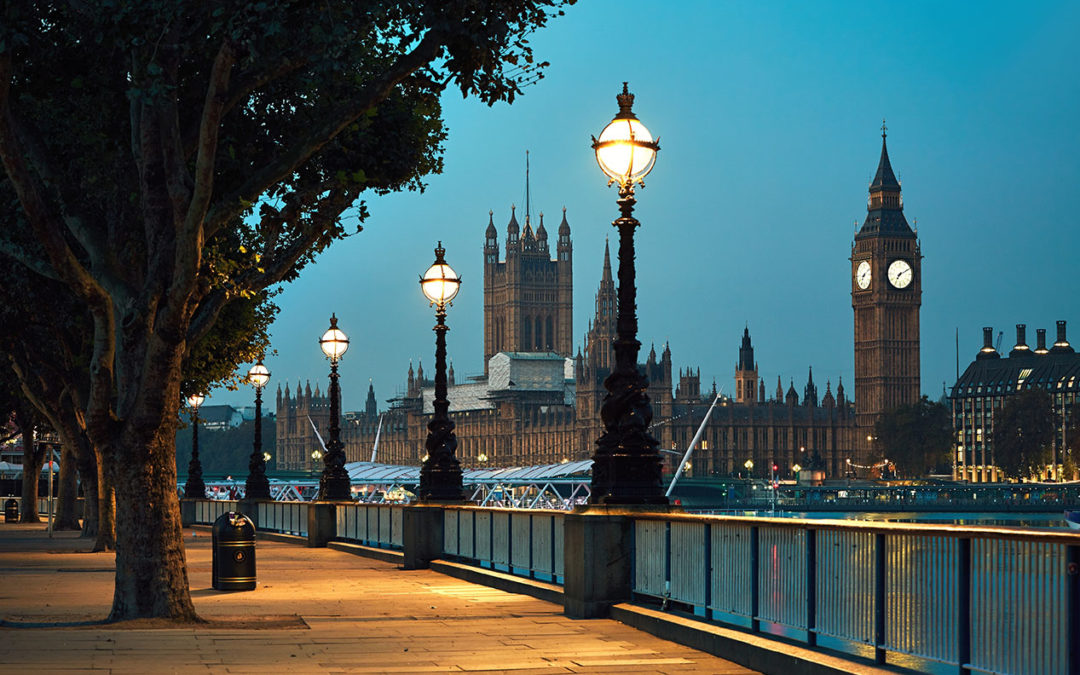 Shabby chic? More like regal elegance. That’s what you’ll find when you cross the pond to visit London and stay at its grande dame Ritz Hotel…and other aristocratic pursuits on a long weekend getaway that you will always treasure, according to our intrepid fun follower Lance Avery Morgan.

Think back to your college literature class. Uneasy lies the head that wears the crown, wrote Shakespeare in King Henry IV. With the upcoming season three debut of The Crown, the world once again has Anglophile fever, wanting to know what it’s really like to be in Great Britain’s Royal Family. Who wouldn’t with all the pomp, the circumstance, and the real life drama that’s unfolded over the last 67 year reign—and the fact that the world has become an almost otherwise unrecognizable planet than it was in 1952 when Queen Elizabeth began her long run as monarchy-in-chief. If you want to get a glimpse of how the Londoners live in the present with a regal nod to the past, try some of the things they do when guests visit from across the Atlantic.

London is one of the hippest, most international cities in the world. Period. And its residents love Texans. It may even rival Paris and Milan based purely on street style alone. In London, style is serious business and it is  indeed that way at the Ritz Hotel in Piccadilly. For me, arriving there brought as much drama as an episode of the country’s longest running primetime T.V. drama, Coronation Street. I had just stayed at a country estate in the Hampshire region of the South of England, which would have been perfect had my luggage arrived before the third of my fourth day staying there. Borrowed from a friend since I needed a large suitcase for all the clothing changes for croquet and the country house life, the bag went missing in transit. Once the airline delivered it extremely late, the exterior zipper had apparently gotten caught in gosh-only-knows-what type of conveyor belt. So, what to do? The generous team in Hampshire were kind enough to lasso the shredded mass of black nylon together, with yes, a winding lasso rope. Then off I went up from the English coast, squired directly to the height of London glamour.

I’d called ahead to see if I could arrive through the rear entrance of the hotel since my bag was so unsightly and upon checking in would momentarily, if not sooner, have to be replaced from the nearby Selfridges. New luggage now purchased, from the moment I crossed the threshold from the revolving door at the Ritz, I realized its fabled existence lends itself to the feeling that time has stopped­—or at least drastically slowed down. Suddenly I felt like cavorting about as if a Noel Coward play was dictating the future, complete with a Cole Porter soundtrack. And, perhaps, clowning around the royals debonairly played in The Crown.

It may feel like time has stopped, yet the five-star hotel’s legendary reputation of representing the best of the best never has. With its French chateau-style architecture and Louis XVI furnishings, the hotel was created as, according to renowned founding hotelier César Ritz, “a small house to which I am proud to see my name attached.”

The Ritz Hotel in London is so legendary that many incarnations of its name have permeated into popular culture over the years. Think Puttin’ on the Ritz and A Diamond as Big as the Ritz. The native and visiting international aristocracy made it an instant hit when it first opened in 1906, and it has been star-studded ever since. Famed Russian ballerina Pavlova danced there. Charlie Chaplin needed 40 English Bobbies to escort him into the hotel from his throng of chasing fans during a Hollywood film promotional visit in the 1920s. Eisenhower, Churchill and deGaulle conducted wartime summit meetings there. Broadway actress and movie star, Tallulah Bankhead, even sipped champagne out of her own slipper at the Ritz. How’s that for a celebrity antic?

Back at the hotel, it’s like a world unto its own. If one feels pampered there, it’s with good reason. The staff to guest ratio is about three to one, so every detail during your stay is attended to with promptness. Want to be unpacked upon your arrival? Not a problem. Desire some chocolates, a fruit bowl, and champagne awaiting your appearance? Consider it done. Five-star service is abundant and a way of life for each employee in the hotel. Michael de Cozar, the Head Hallporter (Concierge) who is almost as much of a legend as the hotel because of his 46-year tenure, explained, “I’ve welcomed guests to The Ritz for decades and have formed friendships with families that span generations.” Included in those relationships are plenty of Texans who always end up at the posh hotel.

Well rested, the next day we pop off to Buckingham Palace, strolling through the leafy glade of Green Park, in natty business attire. A tour of the Queen’s private art collection had been arranged, yet there was just one catch:  the tour must be taken before the palace opens to tourists. A palace to oneself? Yes, please. The art collection, comprised of primarily English and Dutch artists of the mammoth masterpieces on high, was a wonder that might rival the Louvre’s collection of 17th and 18th century works. After we toured other parts of the palace that are rarely seen, we were ready to celebrate our good fortune beyond the regal gates, beyond the miles of red carpeting we had just walked.

Squinting in the bright sunlight of day, little did I know that the tourist queue to enter would be blocks long. Then, all the tourist eyes narrowly settled on our small group as we exited the front manor entrance. The tourists, obviously not knowing who we were, began applauding us as if we lived there somehow. Mistaken identity indeed, but always much appreciated. Then we were off to an early light lunch at The English Grill, near the palace,  and onto High Tea later in the day, which is a true experience.

A myriad of generations of the Brits certainly know about the ritual of teatime. That commitment carries over to the famed Afternoon Tea at The Ritz, an institution in itself served in the spectacular Palm Court at the center of the hotel. Birthdays are celebrated there. Proposals of marriage have been made there. You’ll find tea served on fine Limoges china, with an array of 17 teas offered from silver-service tableware. A choice of finger sandwiches, freshly baked scones, jam, potted cream and a range of pastries, all combine to make it an unforgettable afternoon. It is reputed to be the best tea service anywhere, so to enjoy the high tea, you’ll want to make reservations ahead, as it books up quite far in advance–about three to six months. While sipping both tea and champagne, a former potentate wearing a head-to-toe powder blue dress ensemble, whisked by us. Ah, London and all its colorful characters who appear seemingly at every turn at The Ritz.

You will also indeed find some characters in the very private Ritz Club downstairs. High rollers only need apply. It has a casino and some of the most beautiful rooms ever designed for any hotel. With the room’s themes, such as the Amber Room, and the Blue Room, ornate chandeliers and fancy finery are within arms reach at every turn. You’ll think you were at a Versailles salon party as well. And if you’re in a Bond-like gambling mood, hands start at a cool $100,000, which surpasses what you’d find even in Monte Carlo.

Dinner in the club, as in the hotel’s main restaurant, is impeccable…with every five-course meal being better than the one before it. John Williams, the longtime revered executive chef told me, “I have always had a great love for The Ritz and for its time-honored traditions. Escoffier, the chef, and his forward-thinking methods and beliefs have influenced my entire career and it is a pleasure to be cooking in the very kitchens where it all began.” Williams’ staff is impeccable, too. Expect to see morning cutaways on most of the hosts in both the restaurant and the lobby. It’s easy to see why the dress code for patrons in all public areas is strictly enforced.

To match the public spaces, the private rooms and suites are decorated in full French splendor. A suite life indeed. My suite of rooms, swathed in gold brocade with Wedgewood blue accents, lived up to the hotel’s reputation for having only the best. A small, discreet umbrella was waiting on the bed, along with welcome goodies. The Brits seem to think of almost everything.

In between time, I found time for a VIP, skip-the-crowd tour of both the National Portrait Gallery that always makes me wonder what life must have been like for its subjects who lived in a much physically harsher world than we do now. Then, it was time for the Tate Museum that is the epicenter of the UK Department for Digital, Culture, Media and Sport–talk about cutting edge art in the complex of its four museums. I had been to see Houstonian Carolyn Farb’s loan of Frida Kahlo’s The Wounded Deer and this time was just as exceptional.

In between all the outside engagements, within The Ritz London you can enjoy the orchestra quintet playing in the restaurant on Friday and Saturday nights, and everything from Strauss to Sinatra can be heard. This complements the pianist in the Palm Court lobby, Ian Gomez, who tickles the ivories. If he likes you and knows where you are from, with a friendly conversation, he will play a personalized homage when you walk by. For a Texan like me, he played Don’t Fence Me In. I’m not sure it gets any better than that. Until my next trip…after I have watched how season three of The Crown unfolds with what will likely be waist coat deep in regal mayhem.