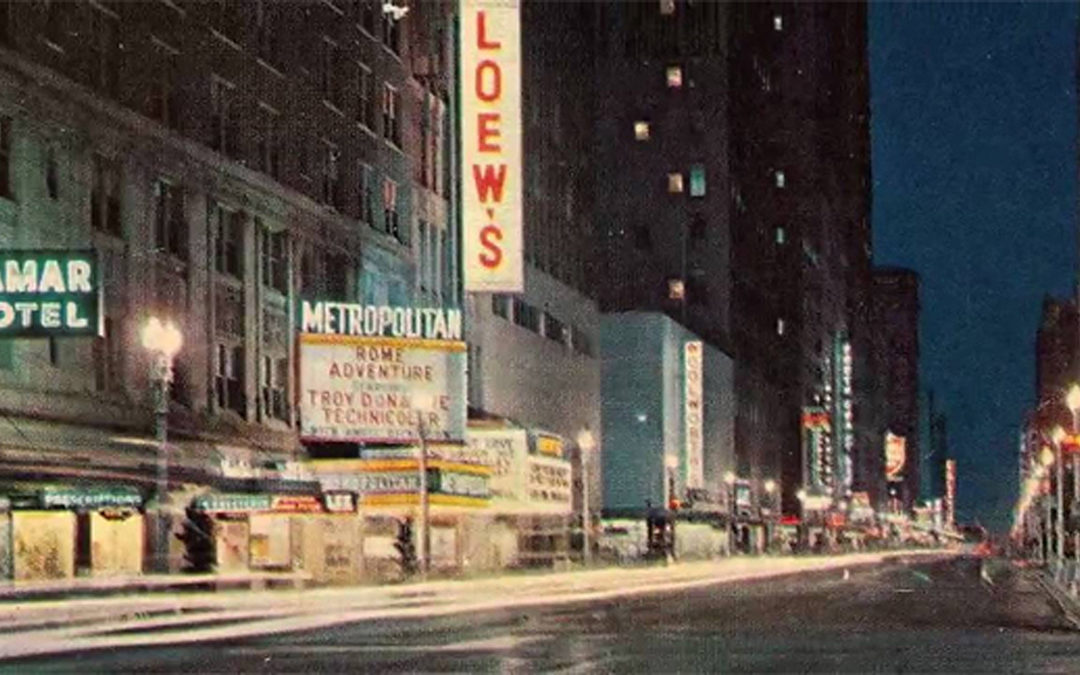 Houston has always been a city of promises and dreams. Join Texas native D.B. Borton in this exclusive excerpt of the new novel, Bayou City Burning, as she explores the city’s robust landscape as seen through the eyes of a hard-boiled detective and his eleven-year-old daughter in the 1960s.

It was there, and then it wasn’t: a grainy, pockmarked triangle slashed by a dark shadow. First, the edges blurred into an impressionist dream of earth tones and light, then the cut of a thin shadow skimmed across the surface, and then—darkness. Nothing to see, no matter how I strained my eyes.

Static, like a windstorm against a microphone, accented by high pitched beeps.

A calm male voice: “Contact light. Okay, engine stop.”
Then another voice, a familiar twang, Texan: “We copy you down, Eagle.”
The first voice again: “Houston, Tranquility Base here. The Eagle has landed.”
Later, I heard that about five million people all over the world were doing exactly what I was doing at that moment. I had a summer job as a day camp counselor at the local Y, but they sent everybody home early that day—kids, counselors, and staff—to watch two men land on the moon, just like President Kennedy had promised they would eight years before.

If it hadn’t been for my old man, that word might have been different.

Some people regard my father, Harry, as a two-bit shamus. They see him as a licensed peeper with a gun under his coat and the ethics of an alligator lizard. I’ve seen him that way myself. But he’s got his principles. And I knew as I sat in our chilly living room, curtains drawn against the blazing star that lit up the lunar surface and melted the Texas sidewalks, that this was his gift to me: that word.

He didn’t have to do it. The other side was safer, and they paid better, too.

But I was his little girl, and he wanted to make me happy…

“Where’s your secretary?” He angled a thumb over his shoulder toward the outer office. Two rings winked at me, a diamond and a signet.

“She must’ve stepped out,” I said noncommittally.

Jeanie had “stepped out” about six months ago when I’d traded her salary for a set of braces for my son. I liked to keep up appearances, though, so I hung an old sweater from the back of Jeanie’s chair and sprayed it with perfume from time to time—mostly rejects from my daughter’s Christmas gift exchanges. I filed some things on Jeanie’s desk instead of in the wastebasket and kept a page in the typewriter.
But what did he care, unless he was worried about witnesses?
I nodded at the wooden chair in front of my desk and angled a packet of Winstons in his direction. “What can I do for you?”

He slung his raincoat over the arm of the chair. It dripped small dark stains onto the rug. He took a cigarette, and we lit up. Then he settled back in the chair and grimaced. I studied his tie, waiting for him to speak. It was the same slate gray as the suit and thin as a razor blade.

“I need some information about an event that’s taking place here next week,” he said. “In town, I mean.” He waved his cigarette in the direction of the window and grimaced. The grimace told me that he’d never considered promoting Houston from a backwater berg to a city. His voice was flat and forgettable—the kind of voice that could have read the daily stock report.

“And what would that be?”
“Two men are coming down from Washington, D.C. I want to know what they’re doing here, where they go, who they see. Pictures, too.”
“What’s the beef?” I said.

“Let’s say that I suspect these men of conspiring to defraud taxpayers by engaging in certain underhanded practices that stand to damage my business interests and those of my associates.” He was looking at Dwight D. Eisenhower, who was hanging on my wall, when he said it. If Ike didn’t like this story, he didn’t say so. I didn’t like it, but I was in hock to a certain orthodontist, so I refrained from comment.
“Let’s say that,” I said. “And you would be Mr.—?”

“Smith.” His gaze returned to me, and his eyelids dropped to half-mast over the cigarette smoke. “My name is Smith.”

“Well, Mr. Smith,” I said, “I get fifty dollars a day plus expenses.”
“Isn’t that a little steep?” he said.
I shrugged. “I have to pay for the air conditioning.” Besides, his suit told me he could afford it.

He gestured with his cigarette. “And I suppose all the other private dicks in Houston have to pay for air conditioning, too.”

I grinned. “You’re welcome to go ask them.”
I left it up to him to imagine spending the hours between now and his departure time sitting in a Houston office without air conditioning instead of cooling his heels in a lounge near the airport. I felt sure he was doing it, too.
“Yeah, all right,” he said.
My marks were Philip Miller and John Parsons. Their work had something to do with space research.
“What kind of space research?” I said, frowning. “You mean for business expansion?”

“Hey, that’s right.” He pointed the cigarette at me. “Business expansion. But the business is space—outer space.”

My phone rang. The voice on the other end was accusatory. “You were supposed to pick me up ten minutes ago for the orthodontist.”
Since he’d become a teenager, my son Hal addressed me in one of three tones of voice—bored, superior, and disgruntled. He’d found it harder to manage since he’d acquired a mouthful of metal and rubber bands, but not impossible.
I pretended to check my desk calendar and make a notation. “Yes, that’s fine,” I said. “I’ll be there.”
“I’m going to be late for the orthodontist,” Hal said.
“That’s all right. Happy to help out. Thanks for calling.” I hung up and raised my eyes to my visitor. “Where were we?”

“Space.”
“I don’t know anything about that,” I said.
“I don’t, either,” he said. “But there’s business involved and a lot of money. That’s all you have to know.”
The two men were due to arrive the following Tuesday at Houston International. He didn’t know the time or the flight, but he gave me photographs of the men. The photographs looked like my kind of photograph—stuff taken with a telephoto lens when the subject didn’t know he was being photographed.

He glanced out the window next to the one with the air conditioner. City buildings gleamed in the rain, but there wasn’t much else to look at except the Weather Ball on top of the Texas National Bank, which blinked to show that precipitation was expected. It didn’t matter to him; he was blowing town anyway, the sooner the better.
He counted out four twenties and laid them on my desk. “That enough to get you started?” he asked. I nodded. He told me he’d come back in a week at the same time.

He was already swabbing the back of his neck with the wet handkerchief as he stood up.

“What if I have to get in touch with you before then?” I said.
“Save it.” He turned his back and headed for the door.

I stood at the window and watched him emerge from the building downstairs, his raincoat over his head like a pup tent. The Chinese laundry on the first floor was kicking up a lot of steam, and he gave it a wide berth, stepping gingerly to keep his Italian leather shoes out of the puddles. Then he disappeared around the corner, so I didn’t get to see his car, if he had one. It was probably a rental, anyway. I had already decided that tailing him at this point was a losing proposition. He’d paid me enough to start the work he wanted me to do, but not enough to give me the trouble of tailing him.

Besides, I had a date with my surly teenaged son. I pocketed the twenties and hoped that my daughter’s teeth all stayed as straight as a drill sergeant.