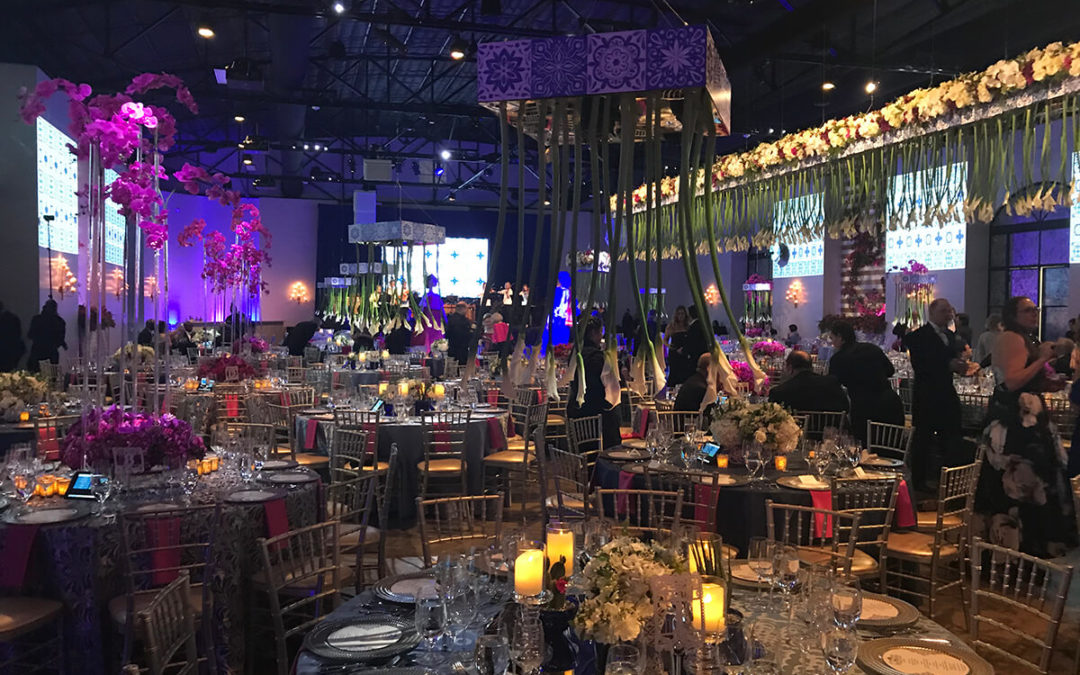 THE SETTING: The Houston Grand Opera hosted its annual white-tie fundraiser, this year titled Opera Ball: Cielito Lindo. Cielito Lindo—loosely translated to pretty darling or heavenly one—is a traditional Mexican song written by Quirino Mendoza y Cortes in 1882 and beloved throughout the Spanish-speaking world and beyond as a symbol of love and unity. The evening had over 450 guests gather at The Revaire for an evening of celebration inspired by Mexico’s rich, vibrant culture and an extraordinary mix of creative influences.

THE STYLE: The décor, by Mandarin Design Lab in Austin, included a towering butterfly diva seemingly summoning guests, cocktails served by a 20-foot-high sombrero-laden wall, and a ballroom framed by a custom 60’ long calla lily chandelier and Talavera blue tile and climbing bougainvillea. The tastes of the evening included traditional Mexican cuisine by A Fare Extraordinaire, and the sounds of Mexico were also center stage with a special performance of Besame Mucho by guest artist soprano Ailyn Pérez. One of the evening’s highlights was the Mariachi los Camperos musical performance of the night’s theme, Cielito Lindo, bringing the crowd to their feet in a spirited sing-along worthy of a grand opera.

THE PURPOSE: Chaired by Marcia and Alfredo Vilas, with Monica Fulton and Hector Villarreal, and Sara and Gabriel Loperena chairing the auctions, the gala raised over $1.2 million to support the internationally renowned performances and community programs that distinguishes the Houston Grand Opera as one of America’s greatest opera companies. Following the gala, guests carried on with a festive, late-night celebration at the Encore After Party chaired by Lady Stephanie Kimbrell and Joshua Allison and featured dancing, a proper taco station, passed frozen mangonadas, and churros with chocolate sauce for dipping.