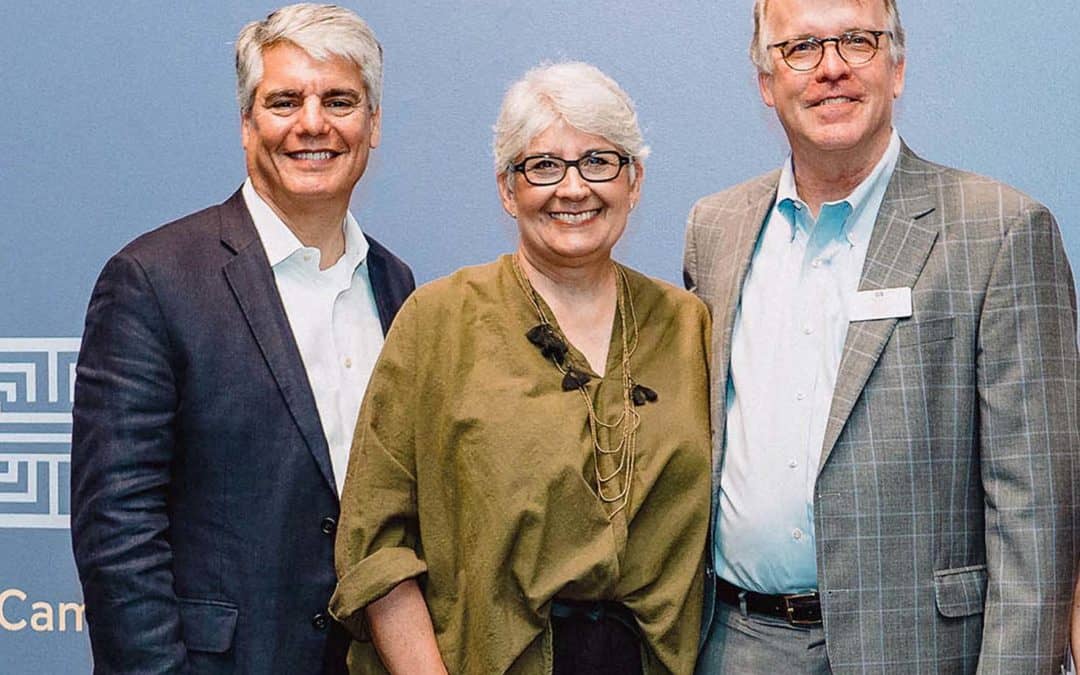 By Rob Giardinelli  –  Photography by Pete Smith and Chad Wadsworth

THE SETTING: Austin’s Harry Ransom Center on the University of Texas Campus recently hosted the opening of Modernist Networks: The Annette-Campbell White Collection exhibit. The event drew 350 of the city and state’s most passionate artistic and literary patrons for an evening of creativity, fun and most importantly, the rare opportunity to view letters, books and manuscripts from some of the world’s most notable Modernist writers.

THE STYLE: The Austin-chic crowd began the evening with a VIP cocktail reception on the mezzanine level of the Harry Ransom Center where patrons mingled with the guest of honor, Annette-Campbell White. The reception included remarks by Campbell-White, who also debuted her memoir Beyond Market Value: A Memoir of Book Collecting and the World of Venture Capital, which provides the back story to the selection and highlights of her collection.

Upon completion of the reception, the action moved downstairs to view the opening of the exhibit. Guests had the opportunity to be the first to see the exhibit, which includes manuscripts of such literary icons  such as T. S. Eliot, Stéphane Mallarmé, Virginia Woolf, Ernest Hemingway, James Joyce, Antoine de Saint-Exupéry, Joseph Conrad, and many others. It is a must-see for anyone interested in Modernist authors and works.

THE PURPOSE: The exhibit is on display at the Harry Ransom Center through January 5, 2020. Featuring nearly one million books, 42 million manuscripts, five million photographs and 100,000 works of art, The Harry Ransom Center preserves the worlds’ most important literary and artistic collections and makes them accessible to researchers from around the world.