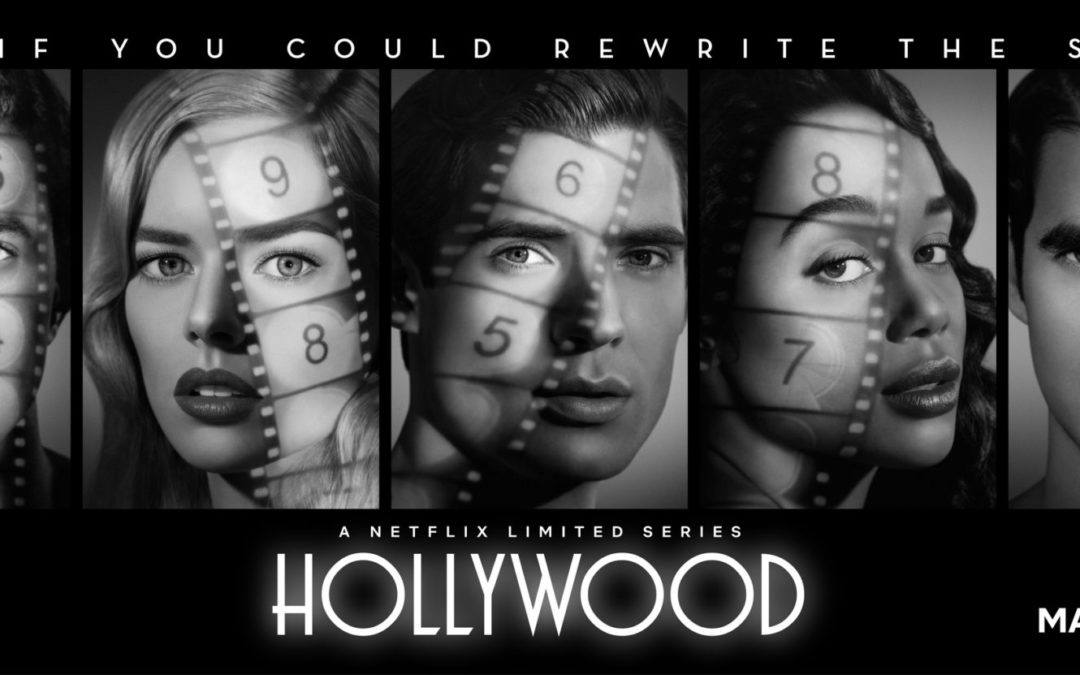 With the thousands of stories written, told…and filmed about Hollywood, sometimes it’s hard to know exactly what to believe. In Ryan Murphy’s newest rendition, Hollywood, which debuted May 1 on Netflix, the make-up is off, but the gloves are on, with Murphy’s re-telling of how Hollywood, the industry town where dreams often come true, might have been if the public knew the steamy truth at the time.

Hollywood exposes and examines decades-old power dynamics, and what the entertainment landscape might look like if they had been dismantled. Murphy leads an all-star line-up of actors who cast new molds of old favorites, including Darren Criss, David Corenswet, Mira Sorvino, Holland Taylor (listen to her in the wildly fun Success With Style podcast series interview here), Queen Latifah, Patti Lupone, and a host of new ingenues and dashing leading men. From well-known stars like Rock Hudson, Hattie McDaniel, Vivian Leigh, Anna May Wong, and dozens of others who worked behind the scenes, Hollywood in the 1940s and 1950s springs to life in the digital version, far more realistic than the film that fueled the Technicolor dreams.

The series follows a group of aspiring actors and filmmakers in post-World War II Hollywood as they try to make it in cutthroat Tinseltown–no matter the cost. Each character offers a unique glimpse behind the gilded curtain of  the ear’s Golden Age, spotlighting the unfair systems and biases across race, gender and sexuality that continue to this day. Riding on the success of the recent Quentin Tarantino hit homage to 1960s Hollywood, Once Upon A Time In Hollywood, expect this series to sweep during award ceremony time in 2021.

We love great brands and we love supporting great causes. When they collaborate to create something strong, we’re on board.

On November 16, at the 7 For All Mankind store in Austin’s chic Domain shopping destination, there’s a sip and shop event you won’t want to miss. You can not only help a great cause like the Miracle Foundation, but you can take care of your holiday shopping, too.