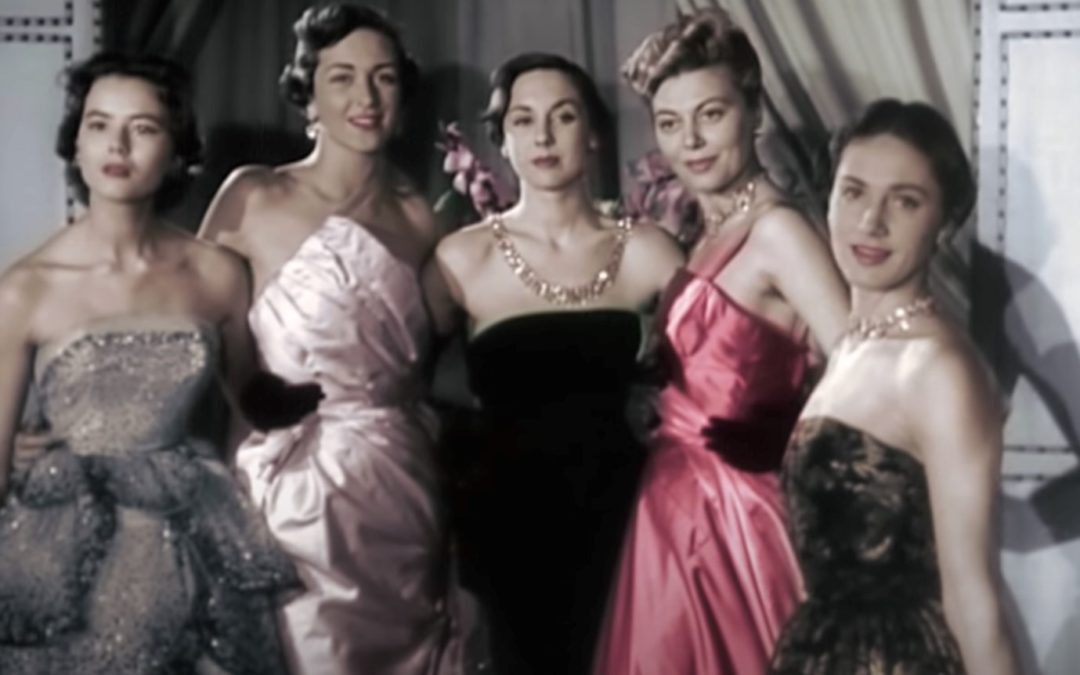 There have been many documentaries on the House of Dior–like Dior & I about Raf Simons point of view as design director. Then there were the documentaries, Inside Dior, and Four Seasons With Dior, to name a few, all of which have a decidedly modern point of view toward the fashion house.

We all know fashion can be a way to transport us from today’s “sheltering in” to another world away. Like to the past success of Christian Dior, the man who invented, and revolutionized fashion, with the New Look in 1947. Cue the recently released mini documentary on YouTube, Haute Couture, a pristine, 15-minute film directed by Henri A. Lavorel, who goes behind the scenes of the venerable fashion palace, 30 Avenue Montaigne, which was Dior’s original locale.

Haute Couture, both the documentary and craft, celebrates the high-profile, other worldliness that fashion represents at its very best. It takes us to the heady preparation of the Autumn–Winter 1949 collection and is narrated by Dior, the master himself. A flurry of models, design assistants and opulent fabrics sets the tone of the film for pure couture fantasy.