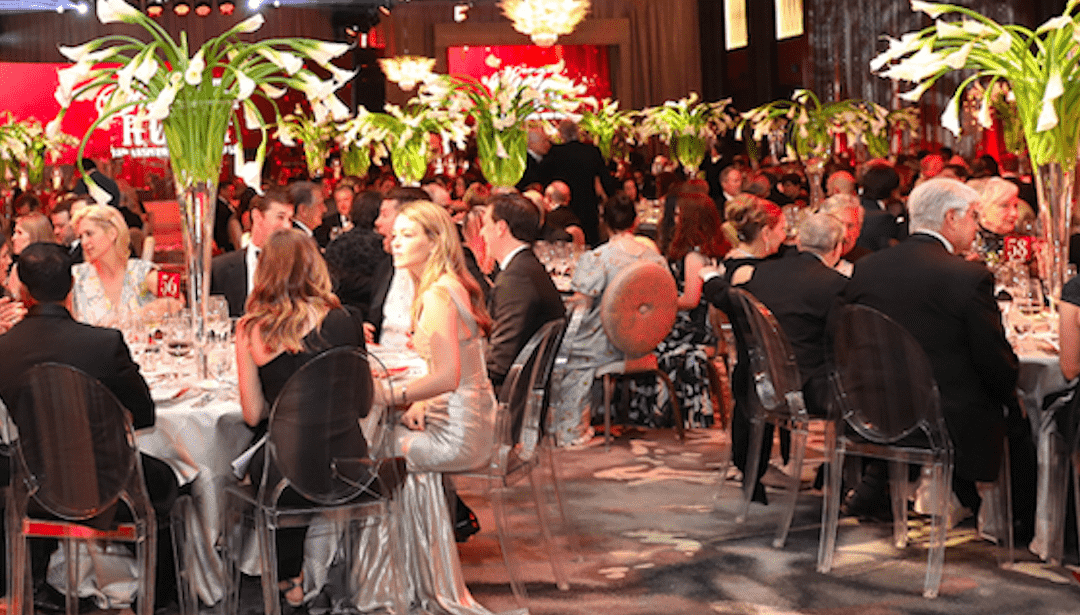 By: Jennifer Roosth        Photography by Priscilla Dickson and Jacob Powers

THE SETTING: Recently, over 650 guests attended the Alley Theatre’s 75th Anniversary Ball, An Evening at the Starlight Room at The Post Oak Hotel, raising a record $1.9 million for the organization’s artistic, educational and community engagement initiatives. As guests arrived, they entered the Grand Ballroom, staged as an elegant supper club reminiscent of The Rainbow Room in New York.

THE STYLE: The vivacious energy of the room was palpable. Richard Flowers and his team at The Events Company pulled out all the stops for the Alley’s 75th. They had guests gasping at an abundance of quicksand, Sahara, and Majolica roses intertwined with orchids and calla lilies, all set among different banquet-laden tables. Walker Chancey designed the beautiful floral décor. A ballroom-wide champagne toast after dinner and dessert that was served was the cue for the band, Manhattan’s Starlight Experience, to rouse the crowd with their rendition of Bang Bang. The 17-piece show band kept the crowd dancing well past midnight

THE PURPOSE: The evening included heartfelt speeches from Board President Ken Kades, followed by Dean Gladden and Rob Melrose, who sighted the historical significance of the Alley’s 75th anniversary year. Then there was a special tribute to Beth Madison, the champion of arts and education in Houston.