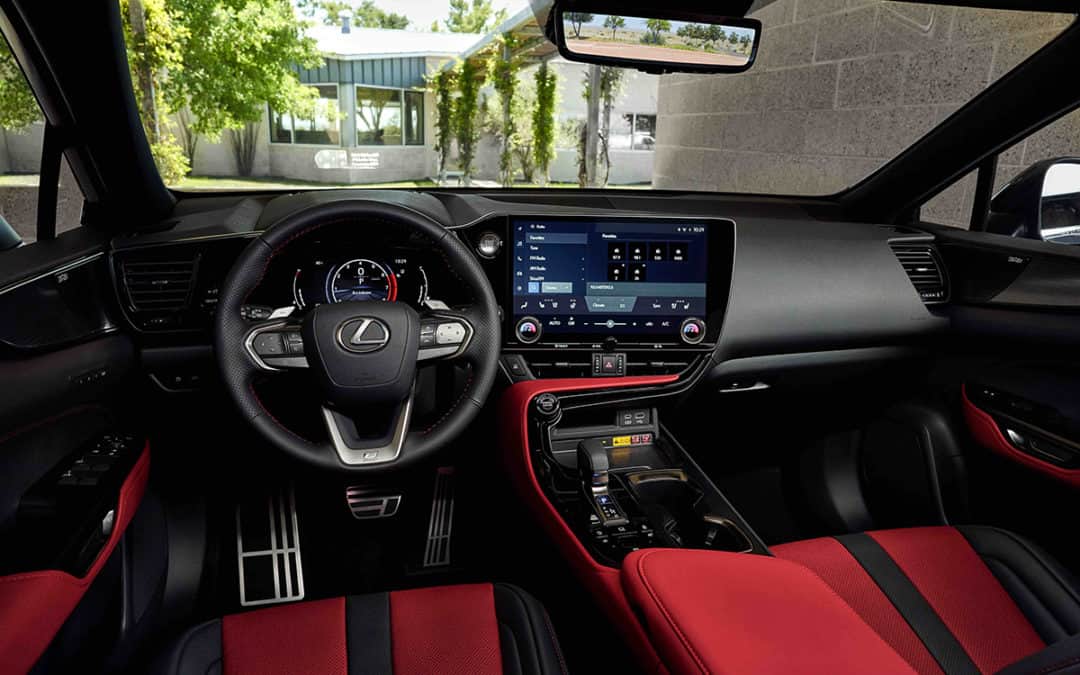 The new Lexus NX redefines luxury, according to our expert driving enthusiast, Michael Satterfield of The Gentleman Racer.com. As the new year begins, why not take your driving to thrilling new heights?

Photography courtesy of The Gentleman Racer

Lexus has unveiled an all-new NX for 2022. While it is the brand’s luxury-subcompact SUV, it is also, in many ways, a flagship model for Lexus. It is the first to feature the new Lexus lettering across the rear hatch, never before offered technology, and is the first plug-in hybrid to wear the Lexus badge. Aimed squarely at the BMW X1, Mercedes-Benz GLA, and Audi Q3 models, the new NX needed to bring a lot to the table, and the small Lexus doesn’t disappoint.

The NX offers two gasoline power plants and two hybrid options. While the base NX250 features a 203-hp 2.5-liter four-cylinder with an 8-speed automatic and is surprisingly responsive and fun to drive, especially with the optional all-wheel-drive. For those wanting more power, the NX350 delivers 375-hp from a turbocharged 2.4-liter four-cylinder with standard all-wheel drive. But while these conventional powerplants are very good, I predict that most luxury buyers will be more interested in the hybrids, which offer more horsepower and better fuel economy than their all-gas counterparts.

The hybrid drivetrains include the NX350h, which packs a 2.5-liter four-cylinder, two electric motors that make 239 horsepower, and the top-spec plug-in NX450h+ producing 302-hp powertrain, to offer up-to 36 miles of electric driving per charge for the performance-minded driver. The F Sport package offers appearance upgrades and adaptive suspension. While the standard suspension does an excellent job at providing decent handling while still offering a luxurious ride, the F Sport does raise the fun factor when you are on a twisty road. Yet, I suspect most NX buyers will find the appearance part of the package more appealing than the handling.

Where the NX really shines is in the redesigned interior, which feels far more luxurious than you might expect in a sub-compact SUV. Ambient lighting, quilted leather-heated and ventilated seats, and the optional wood inserts all feel like they belong in a much more expensive vehicle. The much-maligned “trackpad” infotainment interface has been replaced with natural-language voice recognition that wakes up with the command “Hey Lexus,” allowing the driver or passenger to do anything from get directions or search for a restaurant to turning on the windshield wipers or adjusting the temperature. The dual-zone voice recognition can differentiate between driver and passenger, allowing passengers to adjust their climate zone separately from the driver’s simply by speaking the command. The user profiles are stored in the cloud so the unique settings can travel with you between vehicles.

The technology doesn’t stop with new voice commands. A standard 9.8-inch or optional 14-inch touch screen offers excellent visibility. The built-in 4G LTE allows streaming of Apple Music and Amazon Music, while the wireless Apple CarPlay and Android Auto are also standard. The Lexus app also enables users to use a phone as a key or share a temporary key via the app to any user they authorize…meaning you’re never really locked out of your car.

Lexus has also equipped the NX with their latest Safety System Plus 3.0, which includes the usual lane-keeping feature, automatic emergency braking, and adaptive cruise control. It also adds new features to help detect oncoming traffic and pedestrians to prevent collisions while making turns at intersections. The latest safety features even help prevent accidents while parked, with electronic door latches that work with the pedestrian safety system that prevents the door from opening if there is an oncoming cyclist or runner.

Lexus has said they hope the NX will reach a younger buyer demographic with a starting price of under $40,000 for the NX250. It certainly will, and it will have a broad appeal to older shoppers as well who don’t need a mid or full-size SUV. The top-tier NX450h+F Sport starts at $57,975, but if the plug-in hybrid doesn’t fit your lifestyle, the NX350h, with the optional luxury package, will give you the best of everything.