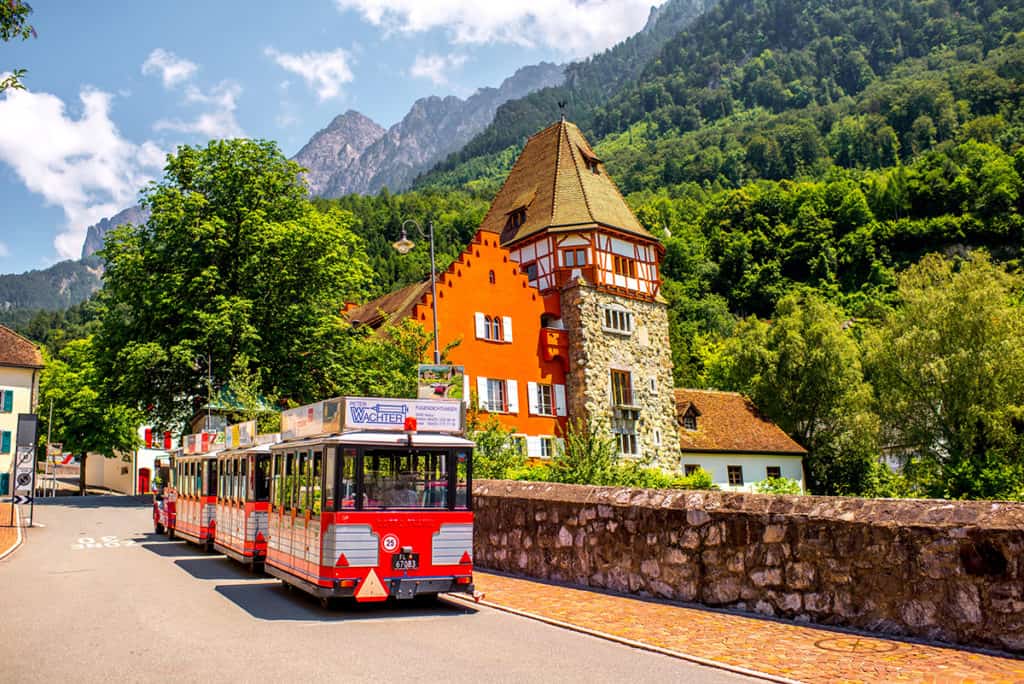 Here in the Lone Star State, we often live by a mantra, Everything is Bigger in Texas. Yet, as our alpine adventurer Ashley Dobson discovers, there can be tremendous beauty and exploration when we start to think small…such as in Europe’s Liechtenstein.

Less than one hundred miles from Zurich, Switzerland, lies a fairytale land with authentic European flair. The gorgeous alpine nation of Liechtenstein is the sixth smallest country in the world, covering just 62 square miles. This gorgeous, rich, alpine country is comparable in physical size to McKinney and in population—with just 37,000 citizens­—to Texarkana. Although one can drive the entire country in less time than it takes to commute to work during rush hour in a major Texas city, this in no way indicates that Liechtenstein has a shortage of unique offerings to explore. This hidden gem of a nation is jam-packed with options for the perfect winter getaway. We couldn’t resist, so off we went to explore this sublime land.

Officially an independent royal principality, Liechtenstein is one of Europe’s most unique destinations. Notable not only for its tiny size, it is also one of only two countries in the world that is double landlocked. Both of its bordering countries—Austria to the north and east and Switzerland to the south and west—are also landlocked. But what may have been a strategic disadvantage in the warring days of old makes it an ideal current travel destination to enjoy cultural delights, rich history, and alpine recreation.

If you have ever wanted to cruise over fresh powder in one of the most stunning landscapes in the world, this is the place for you. The lifts and the ski facilities at Malbun are relatively new and conveniently located, but the spirit of this ski area seems to be frozen in time. While most other slope locations worldwide focus on package deals and seem to have never-ending lines for the lifts, Malbun is all about the snow and taking in the beauty of the mountain on your ride down.

Liechtenstein may not be at the top of your list when you think about skiing, particularly if you typically run black diamonds. But as you reach the top and gaze out at the picturesque views of snow-covered mountains in three countries–Liechtenstein, Austria, and Switzerland–any trace of doubt will quickly fade as it did with me. This winter wonderland has more to offer than just skiing. Nearly every town in Liechtenstein sets up its own outdoor ice-skating rink during the winter. Skating with the Alps behind you and the snow softly falling, looks like a scene straight out of a snow globe sitting on your desk.

Malbun also offers tobogganing down pre-carved runs for those with children or for adults who want to enjoy some childlike fun. Designated winter hiking trails in the Alps allow visitors to this enchanting area to wind between snow walls, fir trees, and snow hollows. Truly intrepid adventurers also can take the opportunity to ride through the Alps in husky dog-drawn sleds and experience the wintry magic in a truly unique way.

If your style is more history buff than snow bunny, or if you want to add a touch of royalty to your après-ski, you’ll want to take the 20-minute drive down the mountain from Malbun to Vaduz, the capital of Liechtenstein.

As you drive into town, the castle on the mountain will immediately draw your eye. With a large round tower made of stone on one side, this medieval-style castle overlooking the Rhine Valley gives Vaduz an idyllic setting. Originally built as a fortress in the 1200s, it was burned down by troops of the Swiss Confederation in the Swabian Wars of 1499. The castle was completely renovated in the 19th century for Liechtenstein’s royal family, who still reside there today. Therefore, the castle is not open to the public, but you can climb a well-marked footpath to see its stunning exterior.

Prince Hans Adam II, Europe’s richest monarch, is Liechtenstein’s current ruler. He is the son of the late Franz Josef II, who died in 1989 after a more than 50-year reign. Franz Josef II was a beloved ruler who famously secured his country’s neutrality during World War II, despite not having an army.

Prince Hans has one of the world’s most impressive private art collections. His collection includes more than 1,700 paintings and 500 sculptures, which, in total, spans more than 500 years of European history. Though the majority of this collection is on display at the Liechtenstein Museum in Vienna, Austria, the Kunstmuseum Liechtenstein features a few selections from the royal collection as well.

The Kunstmuseum is the country’s largest museum, and it serves as the national art collection of Liechtenstein. Even the building itself stands as an architectural work of art. Designed as a commanding black box made of tinted concrete and black basalt stone, it has river pebbles embedded in its walls to reflect its gorgeous Alpine surroundings. And with pieces by Gauguin, Bertrand Lavier, and Picasso inside this impressive exterior, this museum is not to be missed. We were dazzled by the array of beauty within its walls.

In Liechtenstein’s capital, you don’t only get to think like royalty you also get to drink like the Prince and his family. Head to the Prince of Liechtenstein’s enchanting 10-acre Herawingert vineyard and visit his Hofkellerei for a wine tasting. Ironclad doors lead to a cellar where a wine steward serves a selection of Vaduzer wines and a few of the Prince’s favorite Austrian Rieslings.

But Liechtenstein is not just a producer of fine royal wines–if you prefer brews to barrels, Liechtensteiner Brauhaus might offer something more to your liking. Liechtenstein has only been making craft wheat beers since 2007, but this young producer has already won awards all over Europe. You’ll want to try a flight of beers, as we did, everywhere you go.

Local spirits unique to Liechtenstein abound, too, and none is more famous than the world-renowned Telser. The oldest producer of fine spirits in Liechtenstein, Telser is primarily known for making whiskey and gin. The distillery famously never ceased production during the two World Wars, but sales slowed during the 1990s. The fourth generation Telser traveled to Scotland to learn how to make Scotch whiskey as a way to save his family’s distillery. Now it’s one of the distillery’s most beloved products.

After a spirited tour of Liechtenstein’s libations, there is no better way to follow up a day of tastings than with a hearty bowl of warm Käseknöpfle, a pasta-like dish with melted cheese that is one of Liechtenstein’s delicacies.

So, the next time you plan a European getaway, put Liechtenstein on your map. You only need a few days to cover the entire country, but its chic offerings may convince you to extend your winter vacation just a little longer. 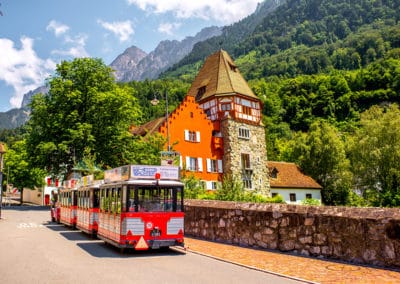 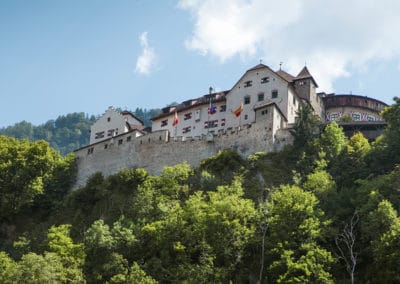 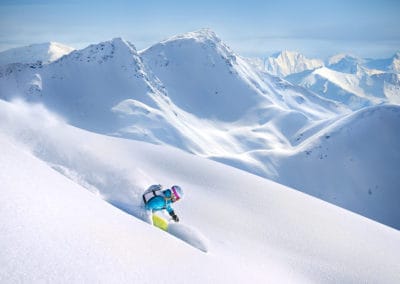 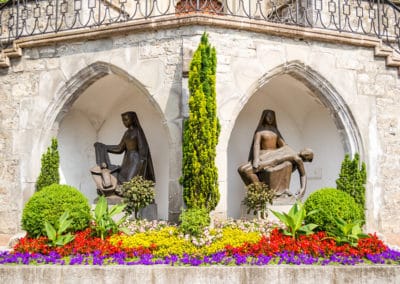 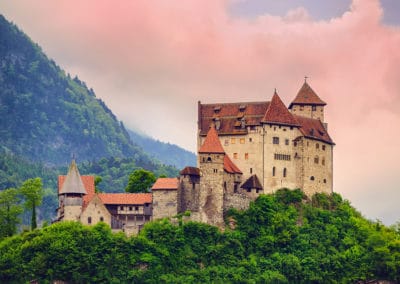 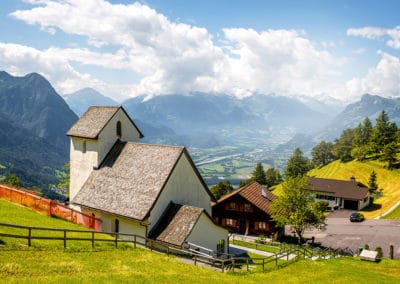 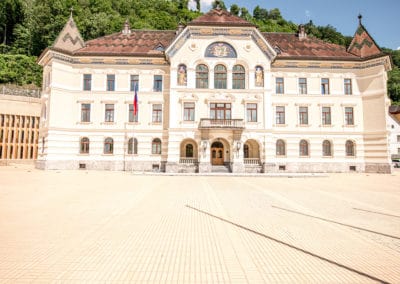 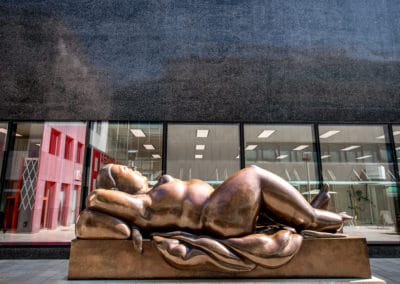 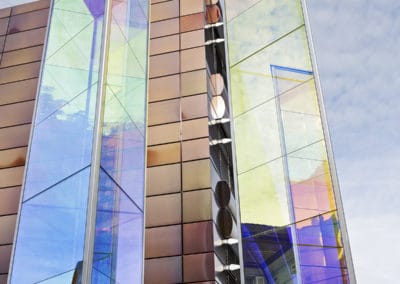 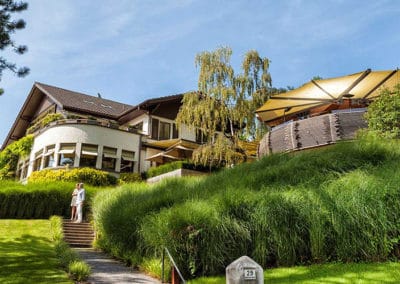 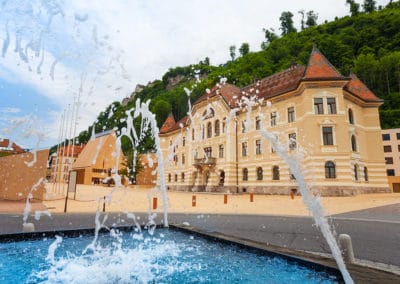