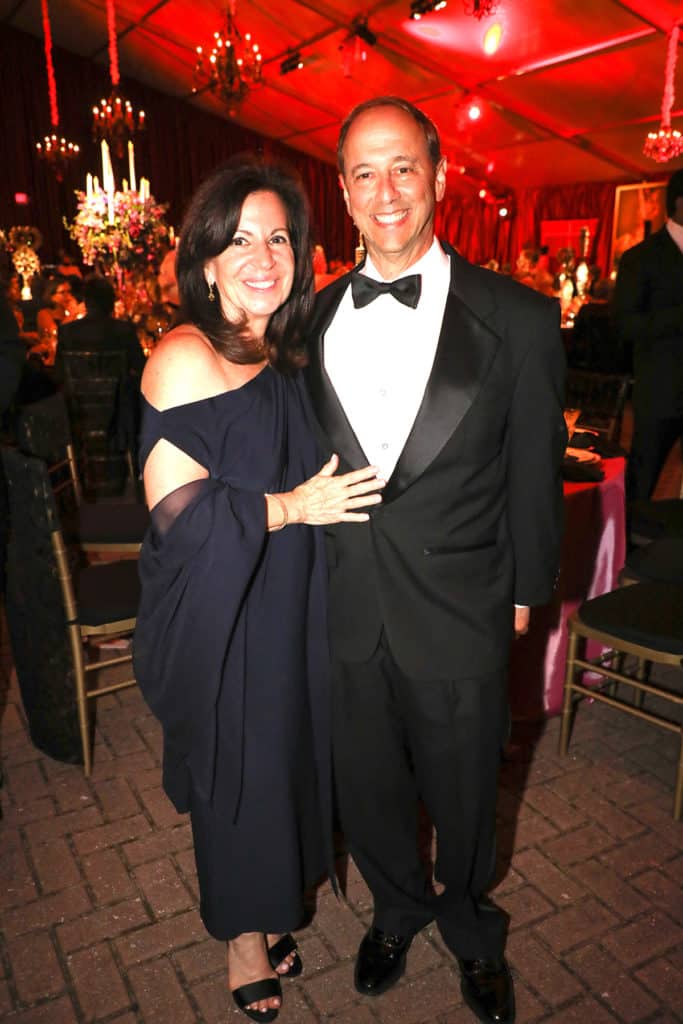 By Jennifer Roosth   Photography by Wilson Parish and Melissa Taylor

THE SETTING: Recently, the Houston Grand Opera opened its 67th season with a historic return to the stage for live opera, with the opening night production of Bizet’s Carmen. Following the performance, the celebration continued as over 370 guests progressed to a tented Ray C. Fish Plaza to usher in the next era of HGO and welcome new General Director Khori Dastoor.

THE STYLE: A tragedy of obsessive love, Bizet’s Carmen was first staged in 1875 and is today considered the most popular opera in the world. A full house smiled with recognition when the well-known first notes of the prelude rang throughout the Brown Theater. After the concert, as the lights came up, black tie clad opera-goers enjoyed an intimate seated dinner with a close circle of Houston arts supporters and enthusiasts. The décor, created by The Events Company, burst with the same jewel tones of Ashford’s production and was accentuated with touches of black Spanish lace—a nod to Carmen’s femme fatale costumes. Inspired by the production’s Seville setting, City Kitchen Catering presented a colorful three-course feast, including Tarta de Santiago for dessert.

THE PURPOSE: Betty and Jess Tutor chaired the event, which raised $460,000. The opening night performance of Bizet’s Carmen was performed by HGO Studio alumna Carolyn Sproule, conducted by Lidiya Yankovskaya, and brought to vibrant life with striking costumes and captivating dance by award-winning Broadway director and choreographer Rob Ashford. This production delivers a thrilling experience to an audience starved of live grand opera for over 20 months.