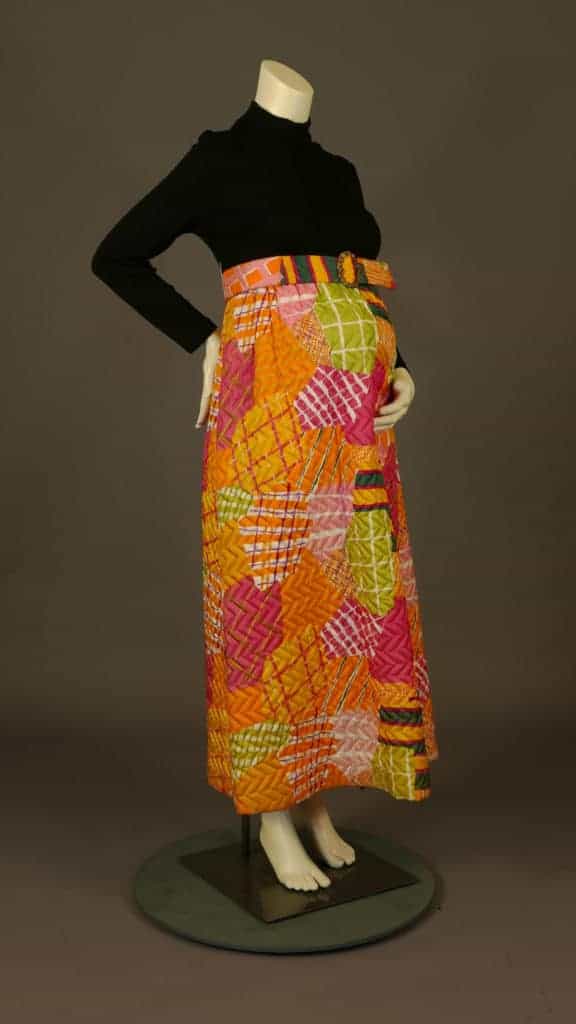 Texas, always known for its spirited fashion sense, led the way in how women dressed in another era. In fact, at an important time of their lives, most of those stylish women dressed and looked as if they had walked off a runway just like movie stars. That was thanks to Dallas-based Page Boy Maternity Fashions, founded by three dynamic Frankfurt sisters. Here’s a look at how their entrepreneurial spirit created an entire industry, according to our ardent Texas style chronicler,  Lance Avery Morgan.

It was a combination of entrepreneurial success and engineering that made Page Boy Maternity Fashions, based in Dallas, a tremendous success. In fact, film stars like Lucille Ball, Elizabeth Taylor, Loretta Young, Princess Grace of Monaco, as well as future First Lady Jaqueline Kennedy, were just a few of the famous Page Boy clients. They also happened to be public figures who had to carry on with their busy, pre-natal public lives looking gorgeous.

In 1937, when Page Boy Maternity Fashions went into business, the term pregnant was rarely used. Instead, soft idioms like with child, in a family way, or the more exotic, enceinte were often enlisted. Whatever it was called, the previously hidden component was a fact of life before and during the Baby Boom years after the Second World War. Now, fitted mother-to-be clothing is the norm for women, but then a pregnancy was thought to be something to camouflage. It was a different world then…when working women unfortunately often had to quit their jobs in the professional realm once their maternity state started to show.

Enter the Page Boy founders Elsie Frankfurt, Edna Frankfurt, and Louise Frank­furt–three sisters who set out to design and mar­ket their attrac­tive, com­fort­able, and afford­able mater­ni­ty clothes with just a $500 investment (less than $10,000 in 2021 dollars, adjusted for inflation). According to legend, in 1937, Elsie told her sister, a pregnant Dallas secretary Edna Frankfurt Ravkind, that she looked like “a beach ball in an unmade bed.” Elsie had studied accounting and design at Southern Methodist University, so she used her ingenuity to dissect one of Edna’s pre-pregnancy suits and remade it as a maternity ensemble in a more flattering, slimmer silhouette of the day.

They felt their beau­ti­ful­ly fash­ioned dress­es could enable women to main­tain their pub­lic and pro­fes­sion­al lives, even while preg­nant. They were right. Their initial stroke of genius was opening the first shop on the ground floor of an OB-GYN doctors’ building, so the exposure to the targeted market going in and out of the offices daily was ideal. The youngest of the trio, Louise, was a fashion design major who joined the family firm in 1941. With her, she brought the engineering skills to streamline the Page Boy line. Engineering had plenty to do with the brand’s success. Thanks to sister Elsie’s patented skirt design; it fit snugly around the hips without hiking up in front. The scooped-out window in the front accommodated the expanding abdomen, and a long jacket covered that, so flexibility and comfort could be had at any stage of a pregnancy.

Ads of the era promoted Page Boy’s skirts as “not wrap-around”. Plus, for the first time, maternity clothes resembled current fashion trends. As Elsie Frankfurt was fond of saying: “You can’t hide the fact that you’re expecting a child.” With the catchy name and logo, the Frankfurt sisters were bound for success. According to Kay Goldman’s Dressing Modern Maternity: The Frankfurt Sisters of Dallas and the Page Boy Label (Costume Society of America Series), “The company’s name came from its logo of a page boy blowing a trumpet to announce the birth of an heir to the throne.” Although many of the children who were pre-natal while in a Page Boy outfit would not be born to aristocracy, company’s the customer client base grew to include all women who wanted moderately and well-made clothing.

For five decades, chic design and strong business practices propelled the brand to the top of the heap in the specialty fashion world. The sisters wisely focused on offering maternity clothing incorporating the latest trends in their line rather than setting them. Changing attitudes regarding fashion trends, the rise and fall of hemlines and birth rates, and employment trends for women affected the business venture. Outspoken in terms of women’s rights, Elsie focused on the professional woman and providing clothing for the working woman, the most significant employment trend of the twentieth century. It was a woman they knew well since the Page Boy factory was owned by the three sisters, and a majority of workers were female. The congenial workplace even had an innovative daily factory-wide yoga break.

Even though the sisters’ individual commitments varied over the course of the business, Elsie was the most dominant sister in the company by actively studying fashion trends and being the company’s public face. Not only was she the president of the company, but she also was the first woman admitted to the Young Presidents’ Organization in 1952. She became a celebrity of sorts appearing in magazines and on television as the primary spokeswoman for Page Boy. Sophisticated as the day was long, and thanks to her trips to the fashion capitals of Europe to keep up with the latest style changes and new fabrics, Elsie provided valuable design insights, which propelled their high style maternity line well into the ’70s.

Like all businesses, Page Boy Maternity Fashions evolved with the times. Within five years after its founding, the company owned shops from coast to coast and was selling in fine clothing stores. During World War II, the company maintained a low profile due to fabric rationing. They managed to continue manufacturing, and by the time the firm was ten years old in 1947, they were a household name and dressing Hollywood stars. It was eventually sold to Mothers Work in 1994, closing the chapter on an everlasting time in history. Looking back at Page Boy Maternity ads and catalogues, the Frankfurt sisters–and the company’s primary goal of making women look and feel beautiful for several generations was accomplished. And it all happened here in Texas as a close-knit family business.