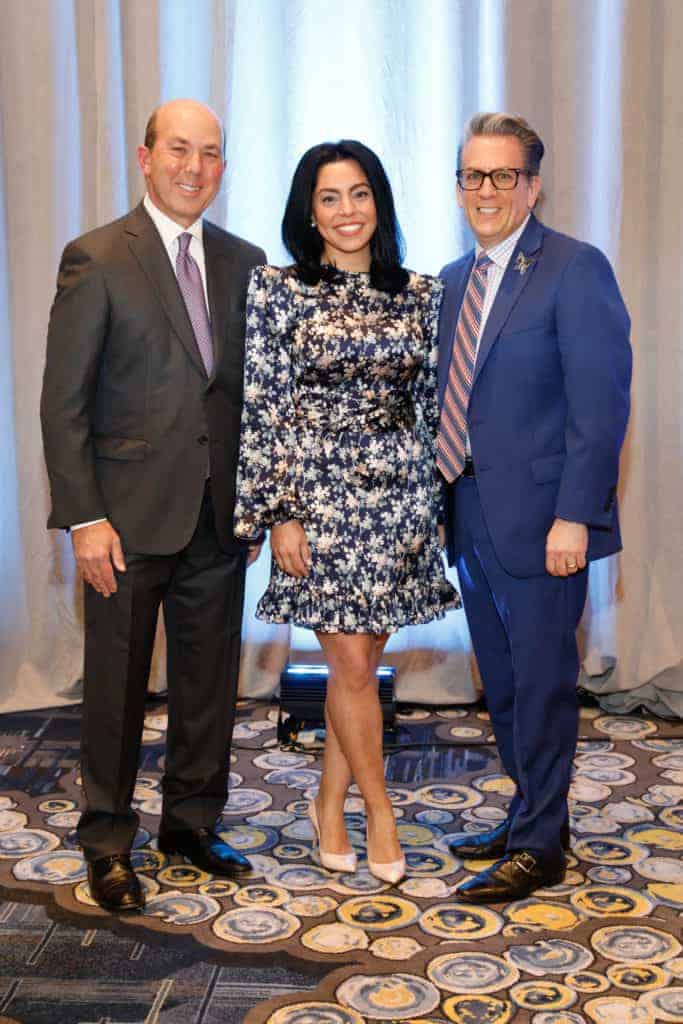 THE SETTING: Recently, many of Houston’s most notable sociables and philanthropists gathered at the Hilton Americas-Houston for a VIP Watch Party to celebrate a milestone anniversary of one of the city’s most impactful cultural institutions. The celebration was for the Holocaust Museum Houston, which celebrated their 25th year Silver Jubilee and featured touching words from Holocaust survivors and a series of superstar musical performances.

THE STYLE: The hybrid event allowed for people to attend the VIP watch party in person or celebrate in the comfort of their own home. Those who opted to attend in person donned their finest cocktail attire. The virtual program began with a timeline showcasing how much the organization has grown and impacted the nation’s fourth largest city over the past 25 years.

Next, after words from Dr. Kelly Zuniga, Carl Josehart, and founding chair Martin Fein, was more about the history of the evolution of the museum with emotional stories of those who survived the Holocaust era and an in-memoriam for Holocaust survivors who passed away in the past year. Highlighting the evening, was a special virtual appearance by Tony AwardÒ-winning actor, Ben Platt, who sang three musical numbers, placed at three different points throughout the program,  that helped cap a memorable evening.

THE PURPOSE: The event raised over $1.1 million dollars for the Holocaust Museum Houston. As the fourth largest Holocaust museum in the country, funds raised from the event will go towards online and in-person Holocaust and human rights educational programming for the students, teachers and the public in Houston…and beyond.