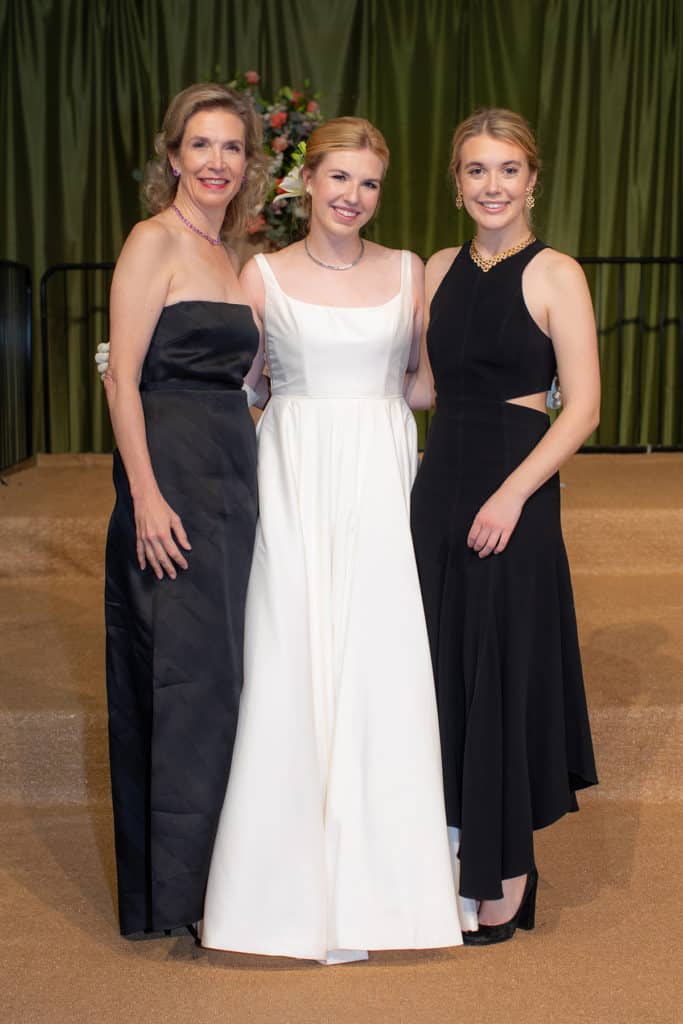 THE STYLE: The San Antonio German Club recently hosted its annual Opening German gala in honor of the season’s debutantes. Held on a crisp, cool autumn evening at The Red Berry Estate, owned and operated by the RK Group, the ball offered a glorious night of dining and dancing in celebration of the club’s group of young ladies being presented to the city’s society in such stately surroundings.

THE SETTING: Resplendent in gorgeous white gowns, this year’s debutantes sparkled as they were presented by their fathers, then led to their escorts. A tent was constructed by Illusions Rentals & Design to hold the presentation ceremony, and Catering by Rosemary created the food stations. The cuisine was situated outside, in front of the estate, by the water’s edge under a moonlit sky. Ramiro Cervera and his Orchestra provided the live music for the presentation and the first dance of the debutantes with their fathers. The floral decor was created by Danny Cuellar and the Trinity Flowers team. The multi-colored arrangements provided the stunning color palette for the presentation stage and the tabletops. The after party music was provided by In IOCity and DJ Genafire.

THE PURPOSE:  The 2021-2022 President is George Edward Hinchey, and Stuart Lee Cavender, Jr. was the chairman of the 2021 Opening German. Formed in 1880, an inspired group of young San Antonio men gathered to create a new social organization. They named it The Ascension Club, which quickly flourished in San Antonio’s society. In 1890, under the leadership of J. Riley Gordon, Oliver Warwick, George W. Martin, and Francis L. Town, the name of the Club was changed to The San Antonio German Club, after The German, a popular dance of the era, which became a traditional dance during the Club’s early years. For 141 years since that time, with the exception of only a few years, the San Antonio German Club has presented its debutantes during San Antonio’s social season.