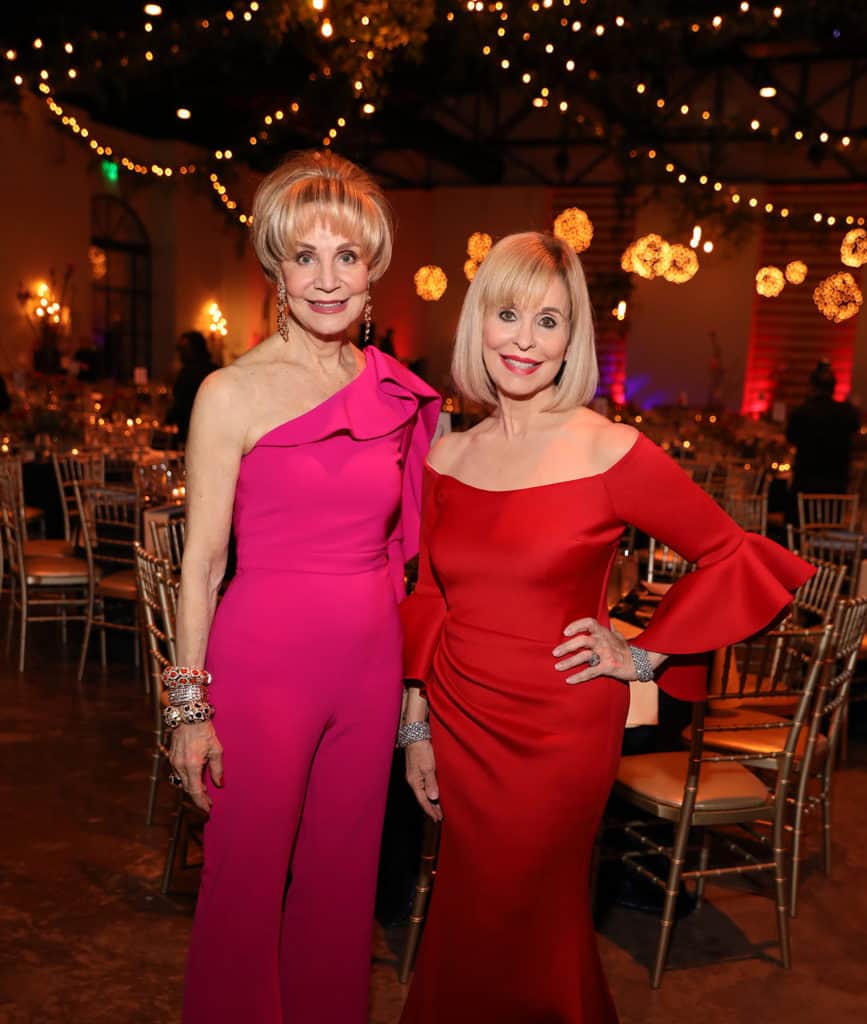 By Jennifer Roosth     Photography by Priscilla Dickson and Daniel Ortiz

THE SETTING: Attended by a record breaking 464 guests, the 2019 Stages Repertory Theatre hosted its most successful gala to date. The Revaire’s ballroom décor, designed by Bergner and Johnson, was inspired by the theme, The Night Garden, with a hint of the theatre’s upcoming show, Little Shop of Horrors. Garden vines, blooming branches, trailing greenery and carnivorous plants filled the space, along with touches of rich red and hot pink, adding a sensuous layer to the evening. Following dinner with cuisine by A Fare Extraordinaire, attendees crowded the dance floor and danced the night away to the sounds of Georgia Bridgwater Orchestra.

THE STYLE: It was a night charmed with a big surprise. Glenda and Russell Gordy’s longtime friends, Sue Smith and the late Lester Smith, had informed them that they would not be able to attend this year’s gala. However, unbeknownst to the Gordys, the Smiths had reserved a table and planned to make a special announcement at the event. Following dinner, a messenger presented the Gordys with a giant red gift box containing a check revealing a $2.5M gift, enabling Stages Repertory Theatre to fully fund their new campus, The Gordy, nearly a year ahead of opening. The Smiths deliberately chose to bestow their first significant performing arts donation in honor of their close friends, the Gordys.

THE PURPOSE: The gala chairs were Judy and Jim Nicklos and Brenda and Bradley Jones served as the underwriting chairs, The evening raised over $630,000 including auction proceeds. The Gordys made a leadership $5M gift to the capital campaign, Staging Our Future in 2017, making their gift one of the largest individual gifts in the history of Houston’s performing arts community. The campaign supports the construction of its new 66,850-square-foot three-theatre campus, The Gordy, which will open in January of 2020. Stages surprised both the Gordys and the Smiths by announcing that the new campus’s 223-seat arena stage will be named the “Lester and Sue Smith Stage”.