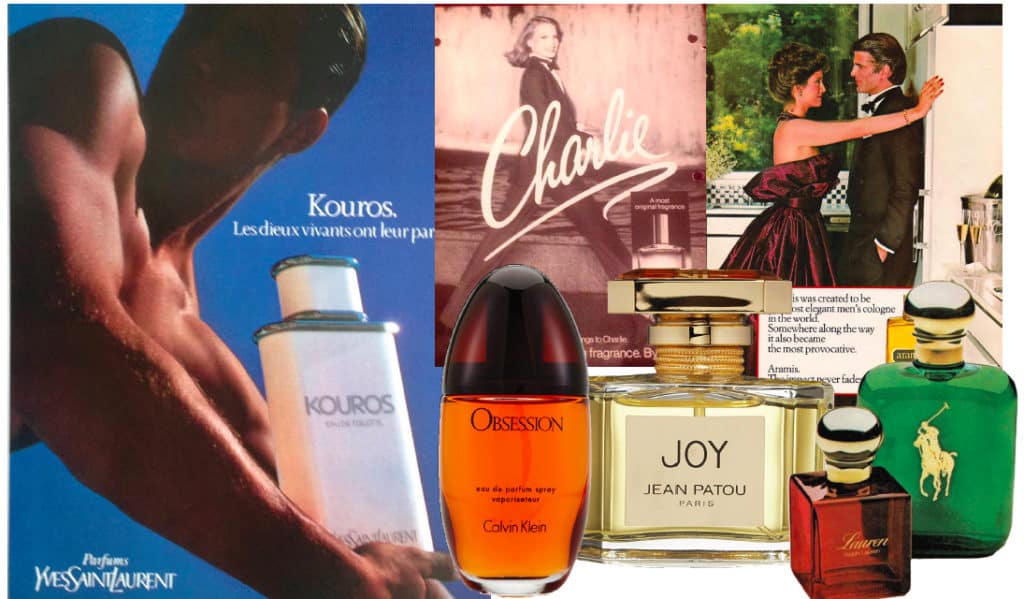 The nose always knows. Here, the Yellow Nose of Texas, our own Gordon Kendall recalls what is really missing from virtual partying these days, as he sniffs out the biggest glitch in today’s ever-evolving online world.

Age appropriate, not high style, now informs our evening’s virtual fashion sensibilities. Back in the days of our youth, if we didn’t hear each other, it wasn’t some D.J.s fault…we just had somehow muted ourselves similar to today’s Zoom session. As is happening more and more, we like to reminisce. Like about the times we excitedly, but not ecstatically, made it into certain notorious dance clubs across the state. We had the beat, to paraphrase the Go-Gos. Strange how the olfactory to mind to memory connection works. All of a sudden, I blurted out Calvin…in the blue bottle. That’s what I wore. Calvin Klein, that is. From there, we went on and on about that one elusive thing virtual partying still can’t provide: the smell of it all.

Our party times started quite young in the late 70s, well into the 2000s. Then, the “big browns” in men’s colognes like Revlon’s Braggi from 1966 and Lauder’s 1968 Aramis, remained favorites for many of our fathers. Where do you think Tom Ford is getting all the ideas for such current colognes as his very own? They harken back in time. Colognes may have lightened in color over time, but not in power, like Dior’s Jules of 1980 and Yves Saint Laurent’s 1981 Korous, both punchy, with citrusy bergamot somewhere in their formulation. Spicy Lagerfeld of 1978 that came in a lab-like bottle was everywhere. Chanel’s Antaeus, 1981, was for that guy who wanted it powerful but with a subtle twist of, get this, sage. It was as smoky as the venues 606 in Austin, Metropole in Houston, Eight-O’s in Dallas, and Bwana Dick in San Antonio. With apologies to oh-so-many others, two men’s colognes sum up the era: Lauren’s tobacco-y, citrus-y Polo, in the green flask from 1978 and Calvin Klein’s Obsession that made the world smell like spicy vanilla in 1986. Still around and going strong, but our generation had them first.

SCENT OF A WOMAN

It was the ladies, though, who really could make their presence felt through fragrances of these times. Sure, big shoulders could carry off White Shoulders, for the lady who loved the classics, and there was and will always be Joy at any party (bought for many daughters by their fathers since it was then billed as the most expensive perfume in the world). The late 70s and 80s brought a whole new way of thinking about women’s fragrances. Sporty, sexy, and powerful. There was a fragrance for every personality. Lauder’s Aliage (1972) and Revlon’s Charlie (1973) were there along with Lauren (1978) to fit those moods. Then, there were the stand outs, the didn’t-smell-that-coming scents like Dior’s wickedly fruity Poison (1985). Later, Mugler’s Angel from 1992 is another. I swear it smells like State Fair cotton candy, even from across a SXSW venue. As with men’s, so many scents were offered then, but Yves Saint Laurent’s Opium (1977) and Giorgio Beverly Hills (1981)…did I even have to name it? They were the scents of that era.

We keep buying newer communication technologies but memory transports us back to our fragrant past. Your memories are likely as sweet as mine. So, let’s keep making more of them with new olfactory sensations the scent masters have in mind for us yet to enjoy. Because, you never know, when that next set of memories will inform your future.