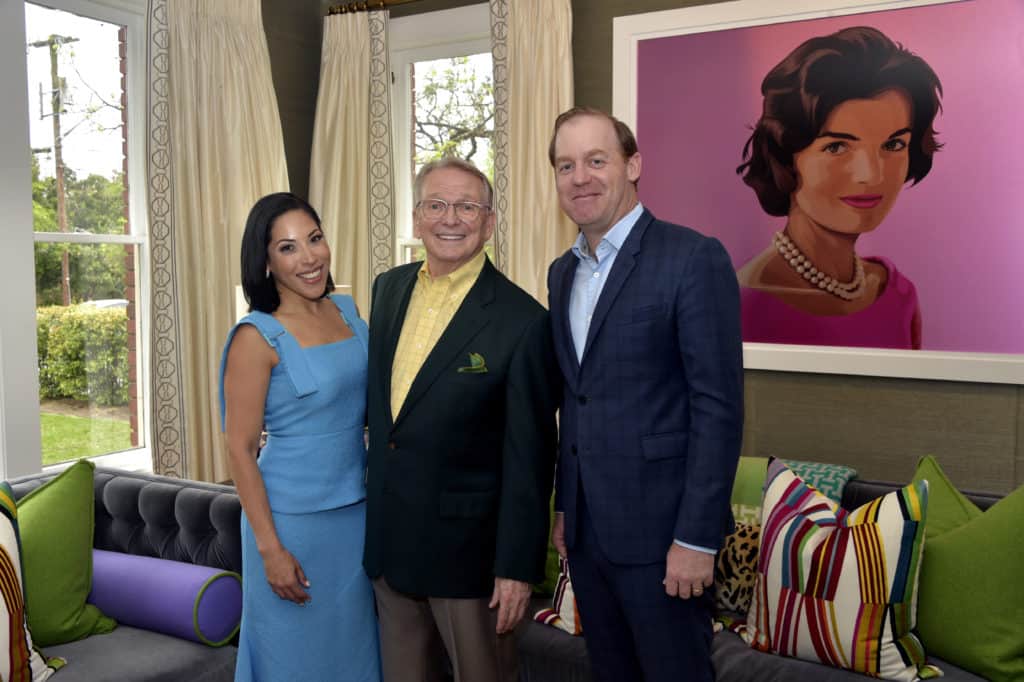 THE SETTING: Recently, at two spectacular private residences, the buzz was palpable as celebrity fashion designer Bob Mackie wowed a crowd of attendees with the launch events of his Bob Mackie Fine Jewelry collection. The jewelry pieces, set in precious stones including diamonds, emeralds, sapphires, rubies, coral as well as favorites like coral and turquoise set in white gold, rose gold and yellow gold.

THE SCENE: The chic residences of Kim Lewis and Sonya Medina served as the venues for each chic gathering. Cocktails flowed and bites were nibbled as prominent San Antonians met and mingled with Mackie, who lent his design expertise as well as insightful stories about Cher, Carol Burnett, Ann Margaret, and other Hollywood legends he has designed for over the years. Currently, Mackie is the toast of Broadway due to his costuming for the hit musical, The Cher Show. In fact, he designed the over-500 costumes for the sparkling production.

We love that the Bob Mackie Design Group has partnered with renowned jeweler Nigaam on the new collection of fine jewelry. The collaboration weds Bob Mackie’s exquisite sense of glamour and sophistication, with Nigaam’s precious stone expertise.

The result? A stunning showcase of beautiful craftsmanship and spectacular color. Upon his arrival, Bob and his team were welcomed in true Texas style by Nancy Hernandez and her staff at the iconic Little Red Barn Steakhouse – an evening to be remembered by all. As a tribute to the designer, artist Analy Diego created a piece for Sonya’s party depicting Bob through her vector illustration technique and is available for collecting at Anarte Gallery. During their visit, Mackie and his team were squired about in brand new Cadillac SUVs provided by Ken Batchelor and Cavender Cadillac who combined efforts to provide the luxe transportation.