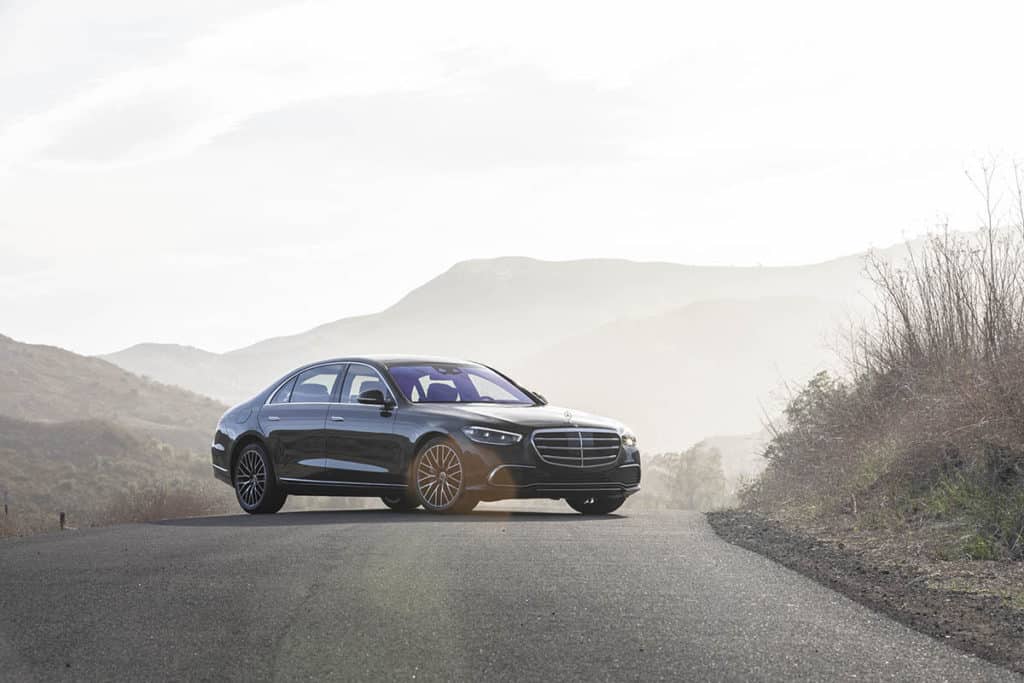 The 2022 Mercedes Benz S-Class has something going for it. In fact, it has so many things going for it…from its superior engineering to the sumptuous interior, as our guy-on-the-go Mike Satterfield of The Gentleman Racer reports.

Sure, the S-Class has long been the gold standard of luxury sedans, rivaling cars that have nearly double the MSRP. The one thing I would say it lacks is presence. Now that might be a feature for those who would prefer to fly under the radar, but for many buyers who are spending over $100,000 for a car, they expect their vehicle to make more of a statement. That noted, when it comes to luxury, refinement, and quality, the S-Class is more comparable to a Bentley Flying Spur, than other luxury cars to which it is so often compared. The understated styling on the outside is countered by one of the most opulent interiors available in a production car today.

Essentially, the S-Class has always been a platform for the latest and greatest in Mercedes-Benz technology, thus buying an S-Class is buying the cutting edge of automotive innovation. It has long been a saying in the automotive industry that “where the S-Class is today, is where other cars hope to be in a decade.” For good reason…the S-Class over the years has led numerous innovations, including production anti-lock brakes, electronic stability control, adaptive cruise control, LED-Lighting, and so many other features that are standard in most cars today.

The car’s refinement, luxury, power, and technology are second to none and with the 496 horsepower in the S580, this big sedan has plenty of get-up and go. With the weight that comes with a car of this size, you will be shocked at how nimble the handling is. Not only is it perfect for eating up highway miles, but it is also surprisingly capable on winding roads. With the E-Active Body Control, Mercedes’ latest active suspension system, each corner of the car’s suspension automatically adjusts to provide the best ride and handling possible.

Inside the S580 is a symphony of luxury and technology. The dash is almost entirely digital with an oversized center touchscreen and a digital gauge cluster that can be toggled through several different display modes… from a more traditional to a dynamic 3-D effect. With massaging seats, the opulent interior is impressive, and the adjustable LED ambient lighting was by far the most popular tech gadget that passengers enjoyed playing with. Plus, the Burmester 3-D Surround Sound system comes with 15 speakers and 710 watts of system power. It is especially intensive, so its perfect performance creates a feeling of floating rather than driving.

What was most exciting about the technology in the S-Class, unlike many of its rivals, is that it’s intuitive and easy to use. In fact, the placement of controls and buttons is where you expect them to be. The on-screen menus are clear and easy to follow, so you won’t need to pull over to try to figure out how to use the radio.

The S-Class goes head-to-head with the Audi A8, BMW 7 Series, Genesis G90, Lexus LS, and Porsche Panamera, but we must remember the S-Class created this class and is still the standard-bearer for a reason. The new all-electric EOS might represent the future of where the brand is going, but the S580 represents where the brand has been and is still a fitting flagship for 2022. 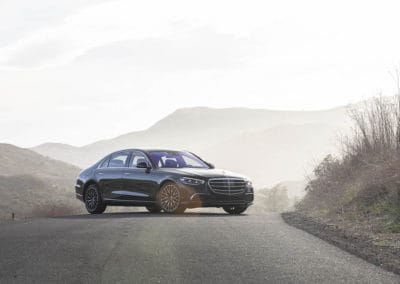 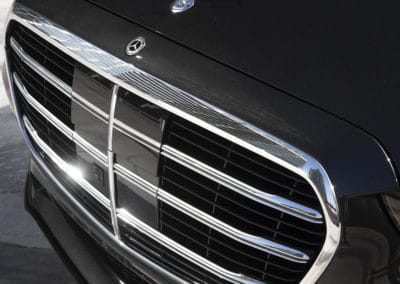 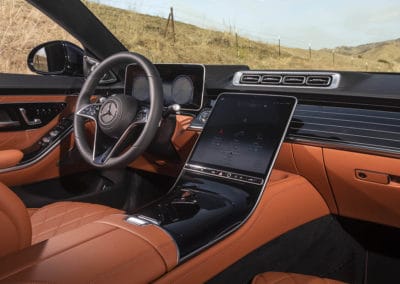 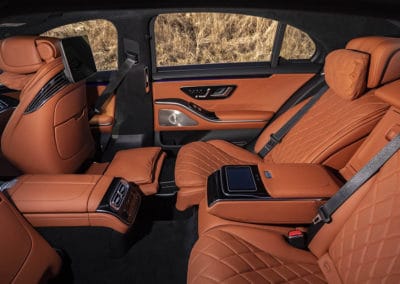 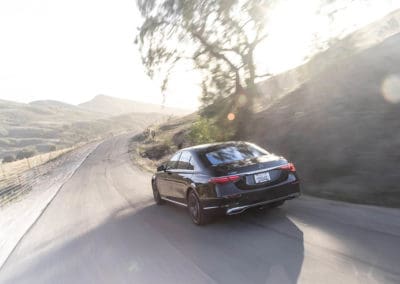 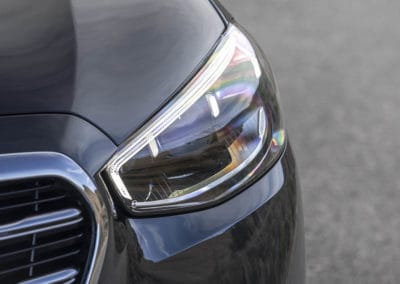