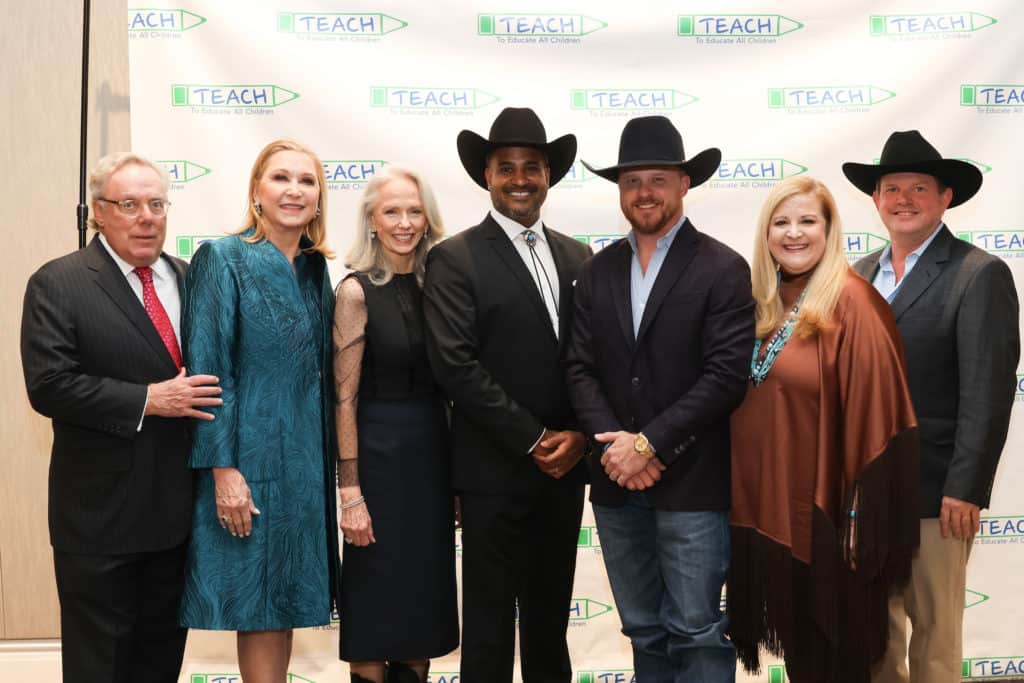 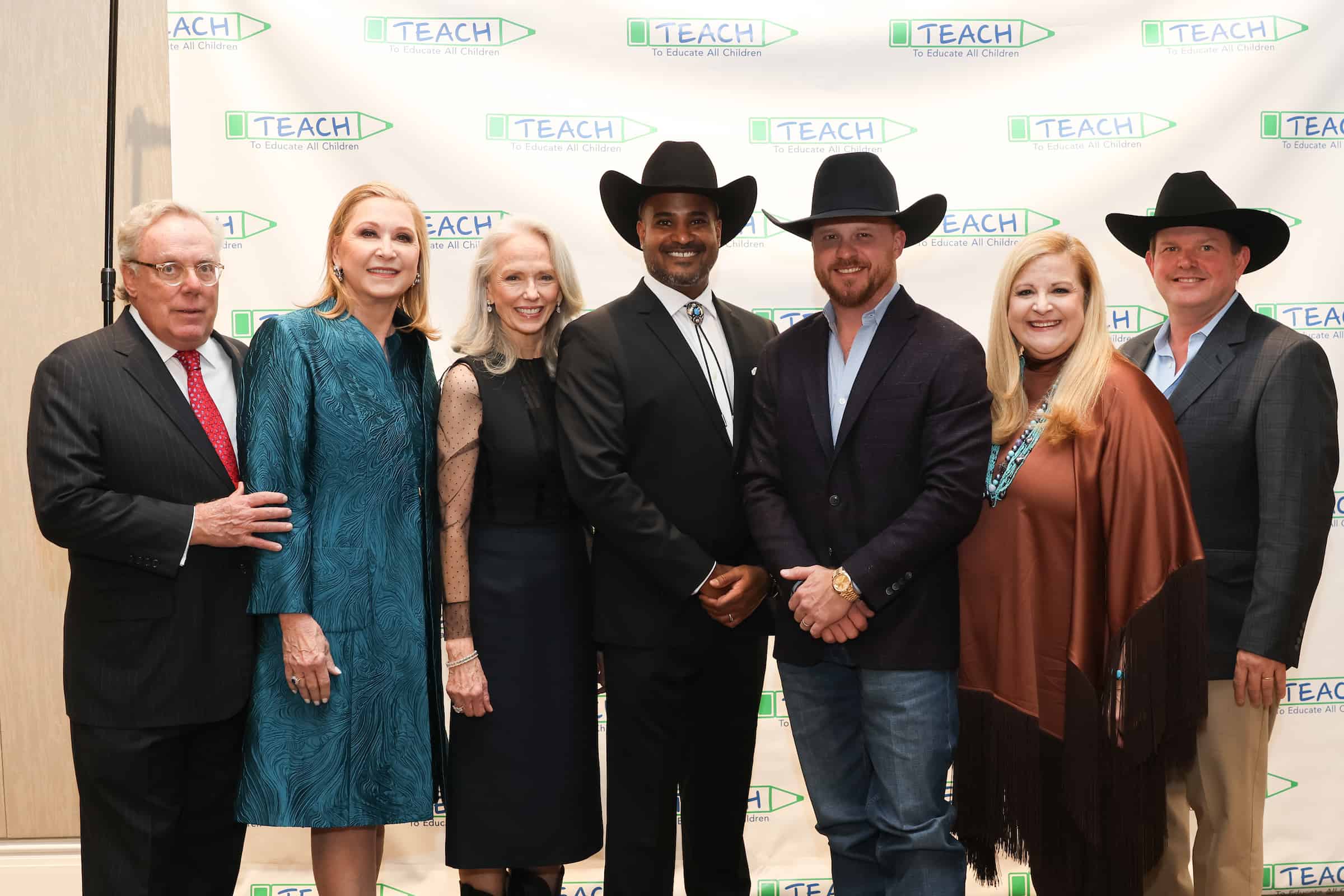 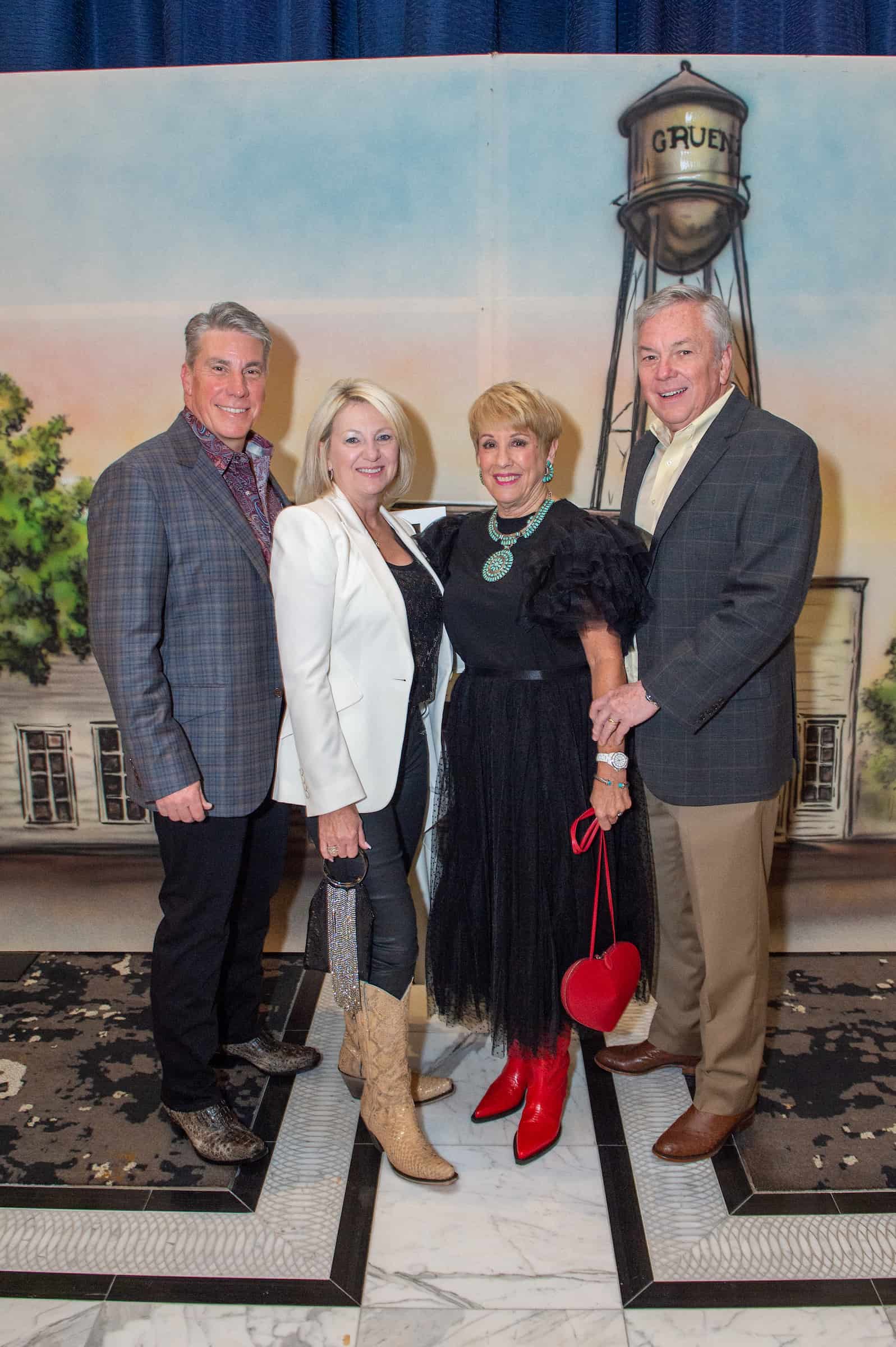 Applause, Applause…for Grand Champions for TEACH! The annual fundraising event celebrated its 10th year with more than 700 guests packed into the ballroom at The Post Oak helping raise a record-breaking $1.9 million to advance To Educate All Children (TEACH)’s mission of creating positive learning environments for all children. 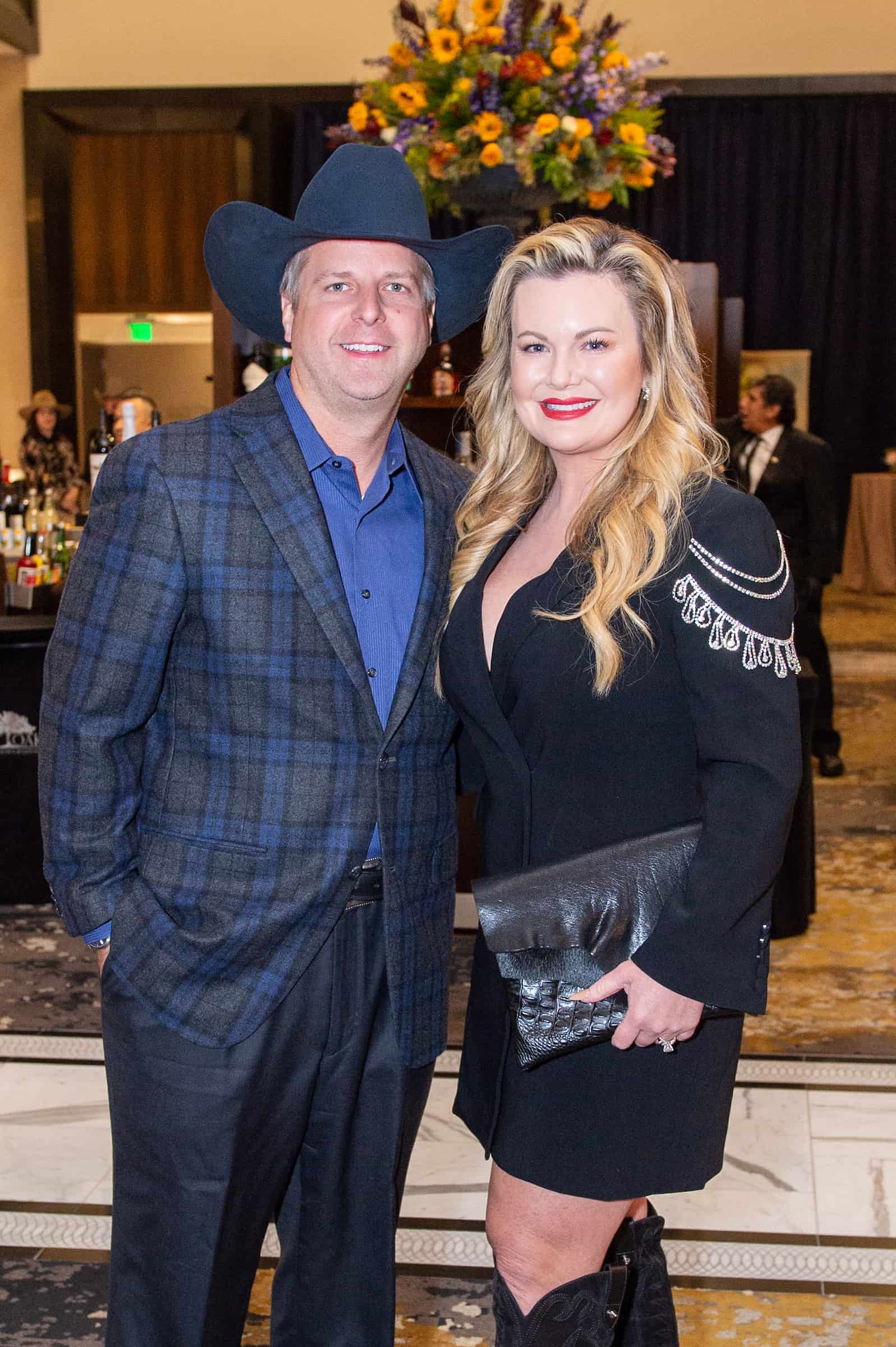 The Texas-chic-themed gala had everyone decked out with boots and bling to support TEACH, the locally based independent nonprofit that works with more than 1,800 educators and serves more than 20,000 children. Wildflower arrangements upon all the tables, along with murals from the legendary Gruene Hall and Luckenbach, were the perfect backdrop for photo opportunities. An intimate concert by award-winning country-music superstar Cody Johnson had supporters singing along and tapping their boots. A short interview, led by event Co-chair Wallis Marsh, showcased some of Johnson’s career, which has included competing on the rodeo circuit as a bull rider. A standing ovation at the end of his performance capped the night. 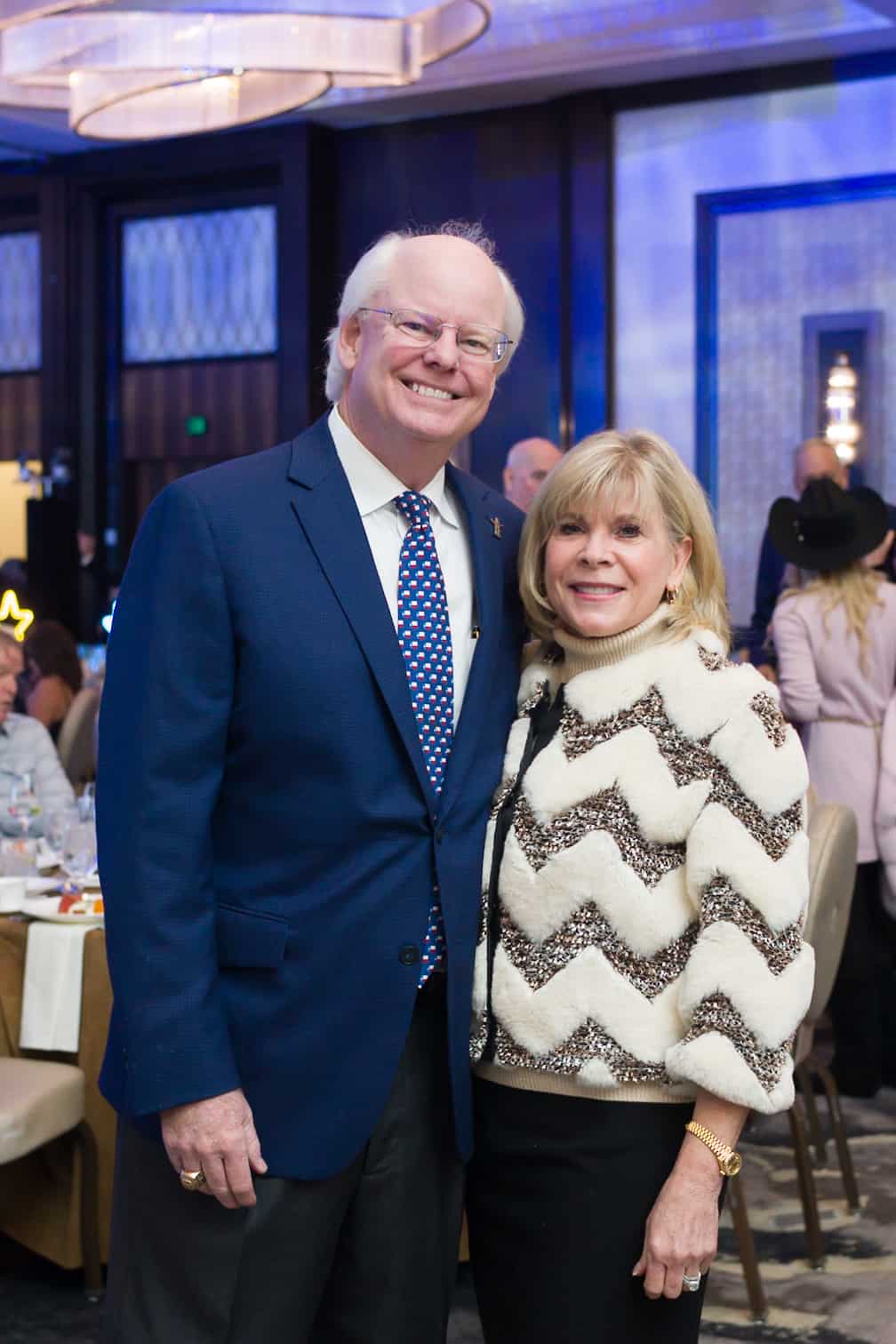 Co-founders Susan D. Sarofim and Mary Yenik and Co-chairs DeeDee and Wallis Marsh and Carol and Mike Linn were cheering to the event’s huge success. The organization will net the entire amount raised, thanks to the late Fayez Sarofim, a generous, long-time TEACH supporter, who underwrote the entire event with a surprise check received the week after he passed away. 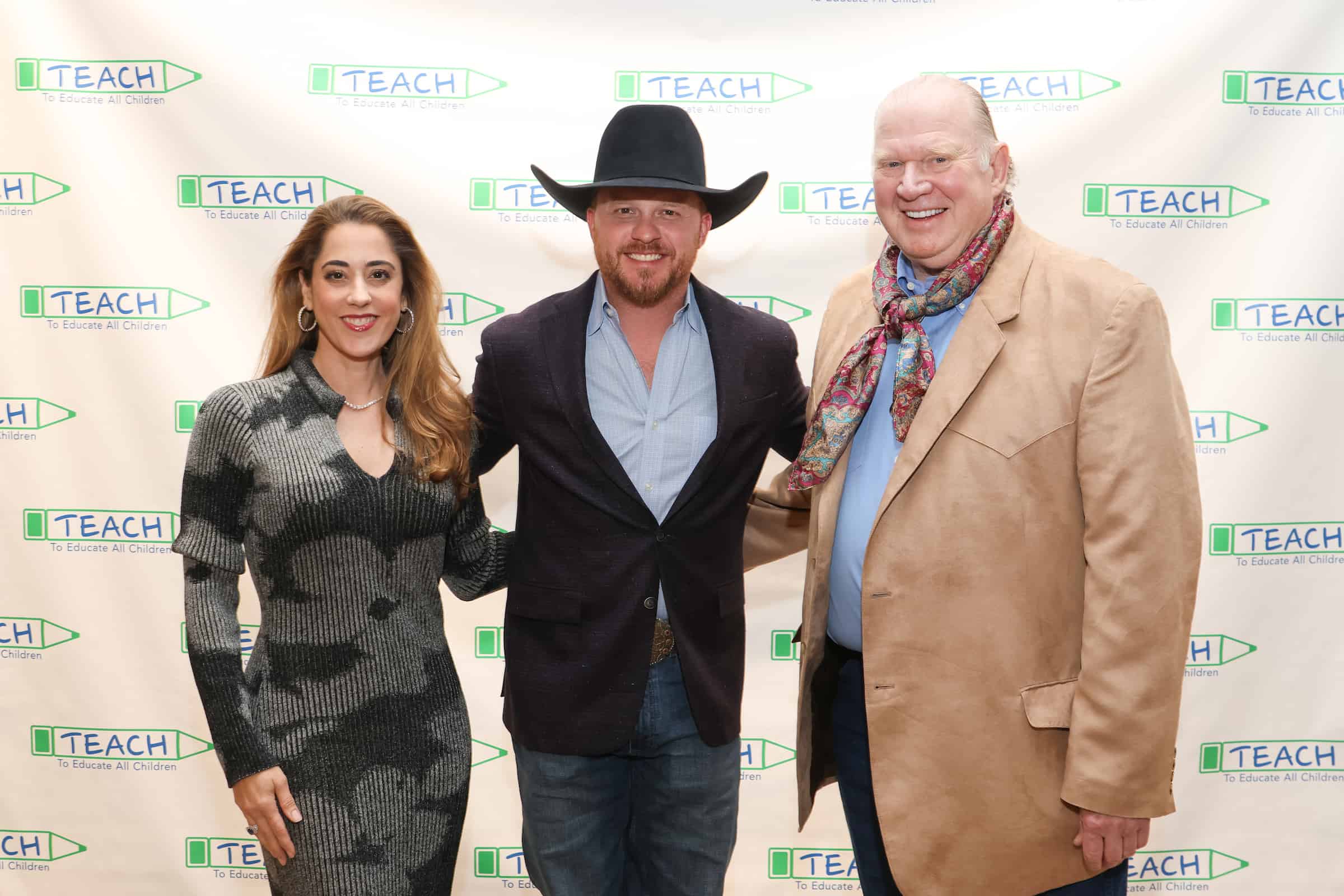 This year’s event honoree was the Houston Livestock and Show and Rodeo, which for more than 90 years has been an ardent supporter of public education in Houston. Brady Carruth, chairman of the board, and Chris Boleman, president and CEO, accepted the honor on behalf of the organization, which also received the inaugural annual Fayez Sarofim Champion for TEACH 2022 award. A fast-paced video on the rodeo garnered more applause to complete this festive evening.