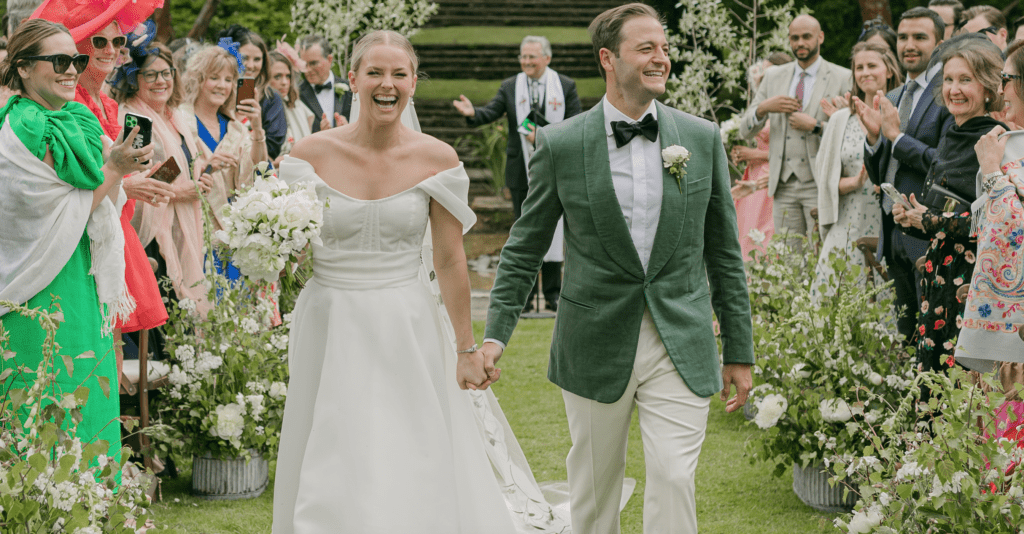 Emily “Emmy” Lynne Hann of Oklahoma City, OK, and Milam Ross Miller of Austin, were living in London when they met on a holiday trip to Provence, France, over an Easter weekend. The running joke is that they had to move abroad to meet one another…when they were previously only separated by the Red River (she’s an Oklahoma State cowgirl, and he’s a U.T. Longhorn).

After a two-year courtship marked by “casual” dates across Europe, including Michelin meals in San Sebastián, skiing the Swiss Alps, and getaways within Rome, where Milam worked during the week. It was during the 2020 lockdown that he opted to propose in the couple’s private garden in London. “I had been waiting all year, and little did I know that wouldn’t occur until the Christmas tree was up in our garden,” shares Emmy Miller. “It is my favorite holiday and when I least expected him to do it.”

The wedding was at Cornwell Manor, a Jacobean country estate with a Georgian façade, which served as a stunning setting for the three days of events for the 200 guests who traveled across the pond. The setting meant the world to the bride, who is an admitted royalist, and the couple felt their destination wedding had to be in the picturesque English countryside. The Thursday arrivals were marked by a Pizza & Peroni pool party, and in a nod to the groom’s love for all things La Dolce Vita, guests were welcomed with an Aperol Spritz, and wood-fired Neapolitan pizza served from a pop-up Piaggio truck. Guests donned their best Amalfi Coast chic, and the sunny day even had Milam and his house party dancing a choreographed cannonball routine to AC/DC’s Thunderstruck. The surprise and delightful moment set the tone for the fun weekend ahead.

On Friday, the ladies traveled to Daylesford Organic Farm for a luncheon hosted by the groom’s mother, Suzanne Miller, and his sister, Mallory Miller. The Glass House was a serene setting for the colorful affair with hues of verdant green and lilac from the fresh-cut peonies at the farm’s garden as the girls toasted the bride-to-be with Pimm’s Cups. The wedding party returned for a rehearsal dinner in the estate’s walled garden where many heartfelt toasts were given by friends from all over the world. Vintage postcards of over 30 cities that the couple has visited acted as place cards at the Continental style seated affair.

On the morning of the wedding day, in true British fashion, gray skies and light showers seemed to tug at the emotions of the bride. However, the Texans brought the sunshine, and within one hour before the couple shared their “I do’s,” the skies parted. The bride wore a gown designed by Monique Lhuillier and her cream colored, off the shoulder dress was accented by a veil with hand-embroidered garden roses and ivy, a nod to the English Rose. The wedding bouquet and flower arrangements lining the aisle were inspired by the bride’s custom Toni Federici veil. The floral team was able to forage live plants and greenery from the estate’s 2,000-acre grounds to bring to life the bride’s vision of a Secret Garden-inspired theme. The wedding was followed by a cocktail reception where guests snacked on crispy duck tartes, polenta chips with truffle foam, and Cornish crab doughnuts. Then, the bride successfully sabered a vintage bottle of Pol Roger Champagne to commence the reception’s festivities. The look on the groom’s face was priceless as his wife mastered the opening on her first try.

After a seated, three-course dinner under a sail tent anchored by a circular bar with white flowers, wild ivy, and candles, the bride and groom had their first dance…on the ground. The Sensation Band had the crowd dancing into the wee hours of the night and the newly married couple even went crowd surfing…above ground, as their guests cheered them on with donning party favors–masks of the royal family, crowns, and Union Jack hats.

The couple, who reside in Dallas, honeymooned in Africa. The bride is a team lead at ISN and the groom owns his own consulting and coaching practice, BCK. The couple enjoys traveling, cooking, and being active together at home and across the globe. 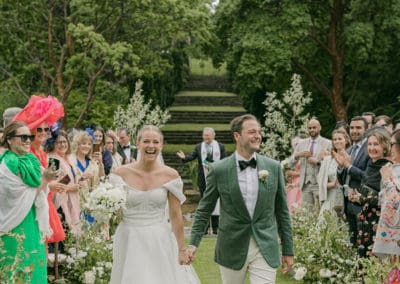 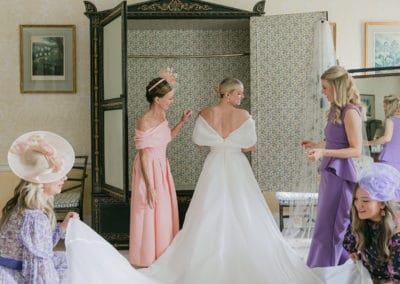 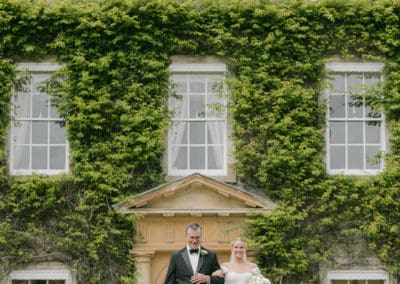 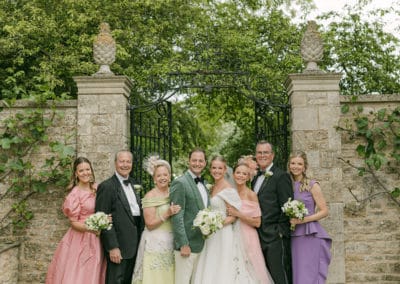 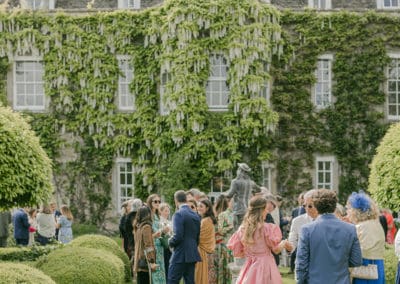 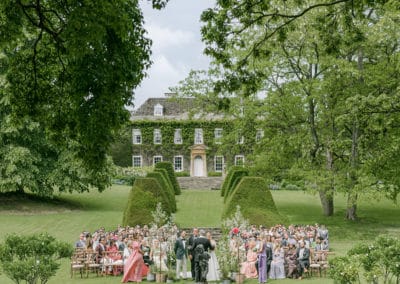 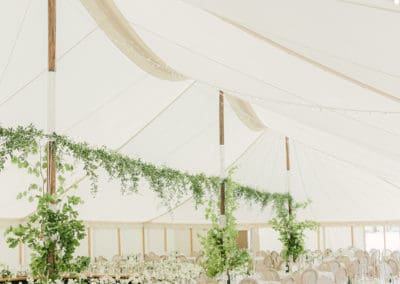 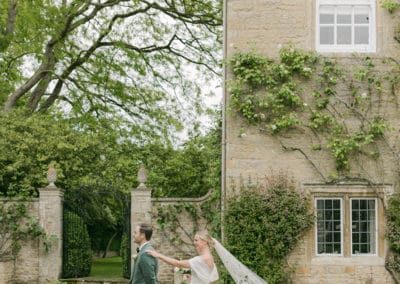 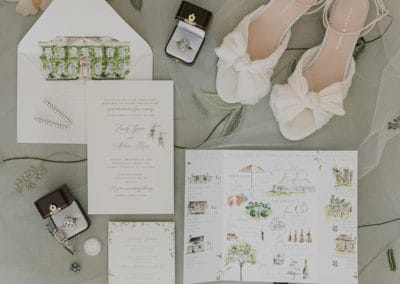 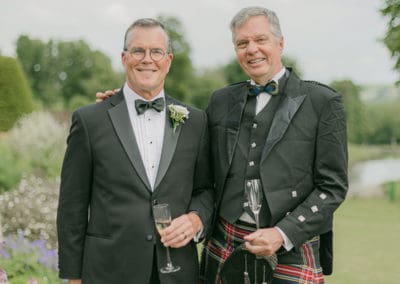 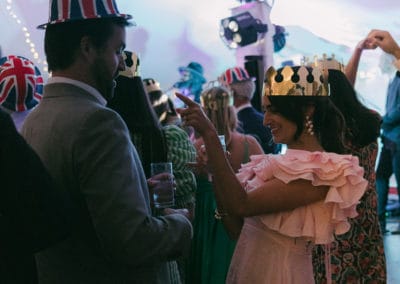 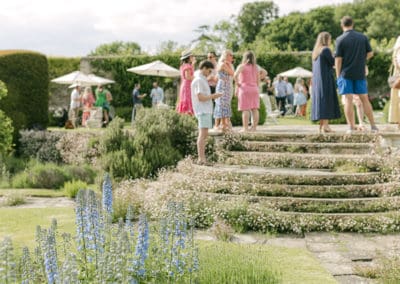 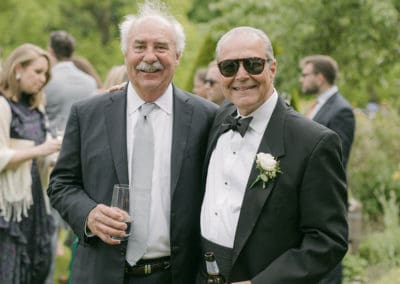 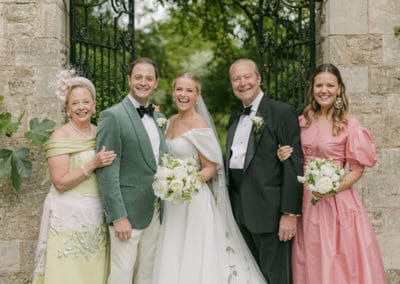 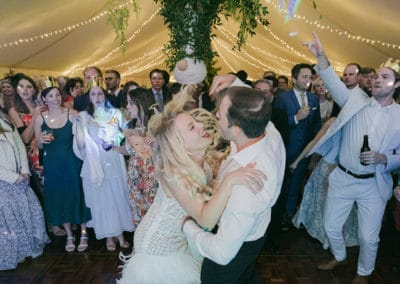 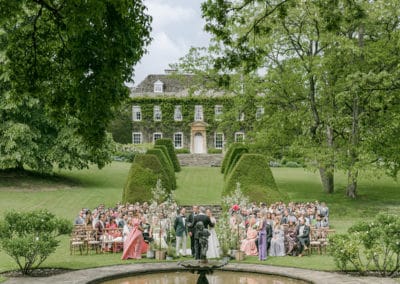 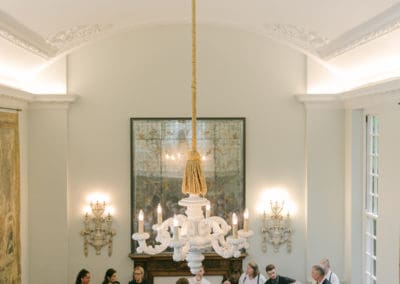