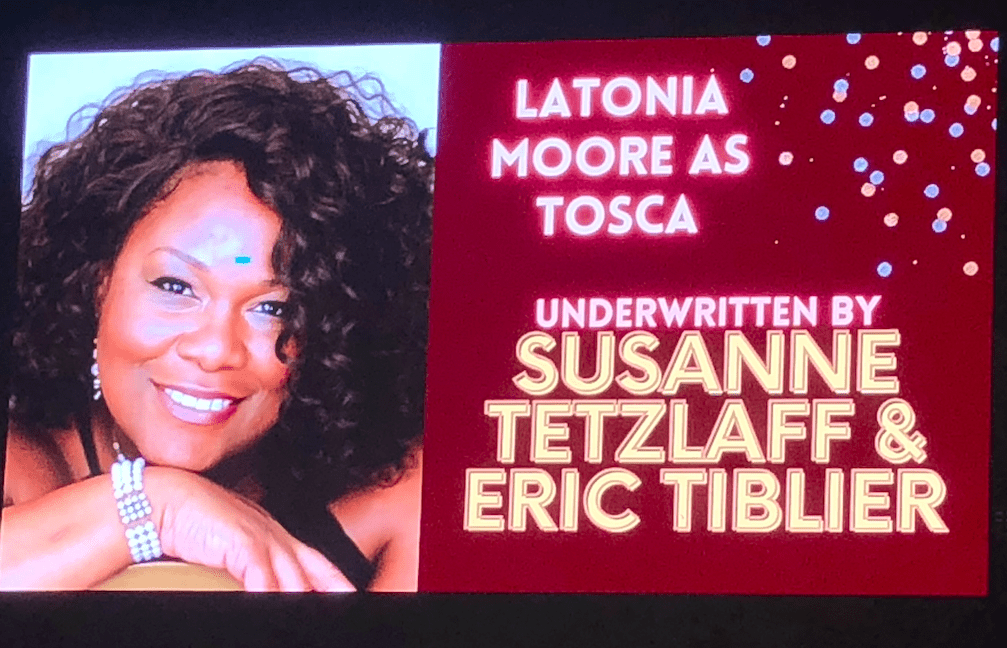 ON THE CULTURE TRACK

THE SETTING: Recently, Austin Opera performed TOSCA at the Germania Insurance Amphitheater at Circuit of the Americas on Thursday, April 29 and Sunday, May 2. Created specifically for COTA, this was AO’s first large-scale production in 15 months and featured more than 150 local musicians, cast, crew and staff, all of whom, along with the audience, were socially distanced onstage and in their seats.

Despite rain and wind on Thursday night and stars and planes in the sky on Sunday night, guests were mesmerized by the COTA venue and Puccini’s masterpiece. Close live action shots of the soloists projected on the jumbotrons on either side of the stage, with music enhanced by state of the art sound technology, added to the excitement and pleasure of the crowd

THE STYLE:  David Lefkowich directed this three-act Tosca that was set in Rome in the 1940s. The three leads Latonia Moore as Tosca, Adam Smith as Cavaradossi, and Aleksey Bogdanov as Scarpia all made their AO debuts. The 44-piece orchestra and 24-member chorus were conducted by AO’s Sarah and Ernest Butler Principal Conductor and Artistic Advisor Timothy Myers.

THE PURPOSE: “Racing and opera both provide a visceral thrill and both have deeply passionate fan bases,” said AO General Director and CEO Annie Burridge, thanking AOs generous donors and devoted audience “whose safety and enjoyment power our every decision”.  AO’s TOSCA was dedicated to the memory of Marvin Womack, and with special thanks to Production Underwriter Eva Womack, and the Exclusive Circuit of the Americas Partnership Underwriter Frederick S. Addy.