MEET ME IN MARFA

By Eleanora Morrison
Photography by Matthew Alvarado of Beloved Photography

It was a match made in Manhattan. For Shara Ticku and Bennet Grill, romance first began to bud the night they met, when they discovered they shared a common bond…that they each called San Antonio home. They grew  together through nearly eight-years of courtship while living and working in New York City. The couple would venture west to rest under the open, starry skies of Texas, which is why it’s no surprise they chose to unite their loved ones and friends and wed in an elegant and cinematic setting in Marfa.

With a shared admiration for adventure, it was only fitting that Shara and Bennet planned an authentically bohemian fête at the modernized and repurposed local hotspot, Hotel St. George. In a nod to the history of Marfa, where many cherished memories were made for the bride and groom throughout their dating years, the ceremony was held on the lawn of the iconic pink Presidio County Courthouse on the town’s main street. Shara’s parents, Beth and Forrester Smith and the late Dr. Maharaj Ticku, and Bennet’s parents, Jill and Kevin Grill, welcomed 250 guests to celebrate the matrimony of their children.

Shara wore a bespoke wedding gown, by designer Hermione de Paula of London that featured embroidered red roses along the bottom of the train. The coloration theme of the wedding and reception was inspired by West Texas sunsets and Georgia O’Keefe’s famed painting, Summer Days. The elegant palette of red, orange, pink and terracotta created a perfectly picturesque backdrop for the event. After the ceremony, the wedding party led a walking parade with all 250 guests down Marfa’s main Highland Street, with mariachis memorably serenading the joyous commute to the reception. 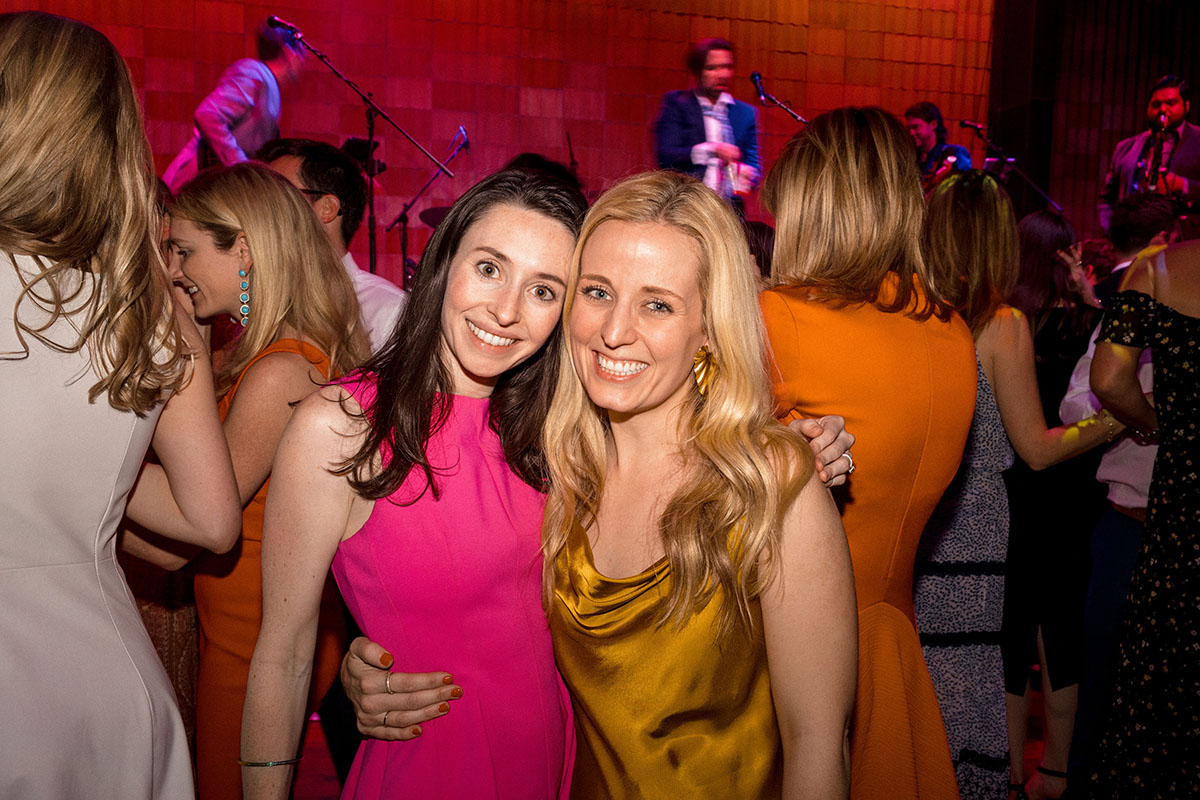 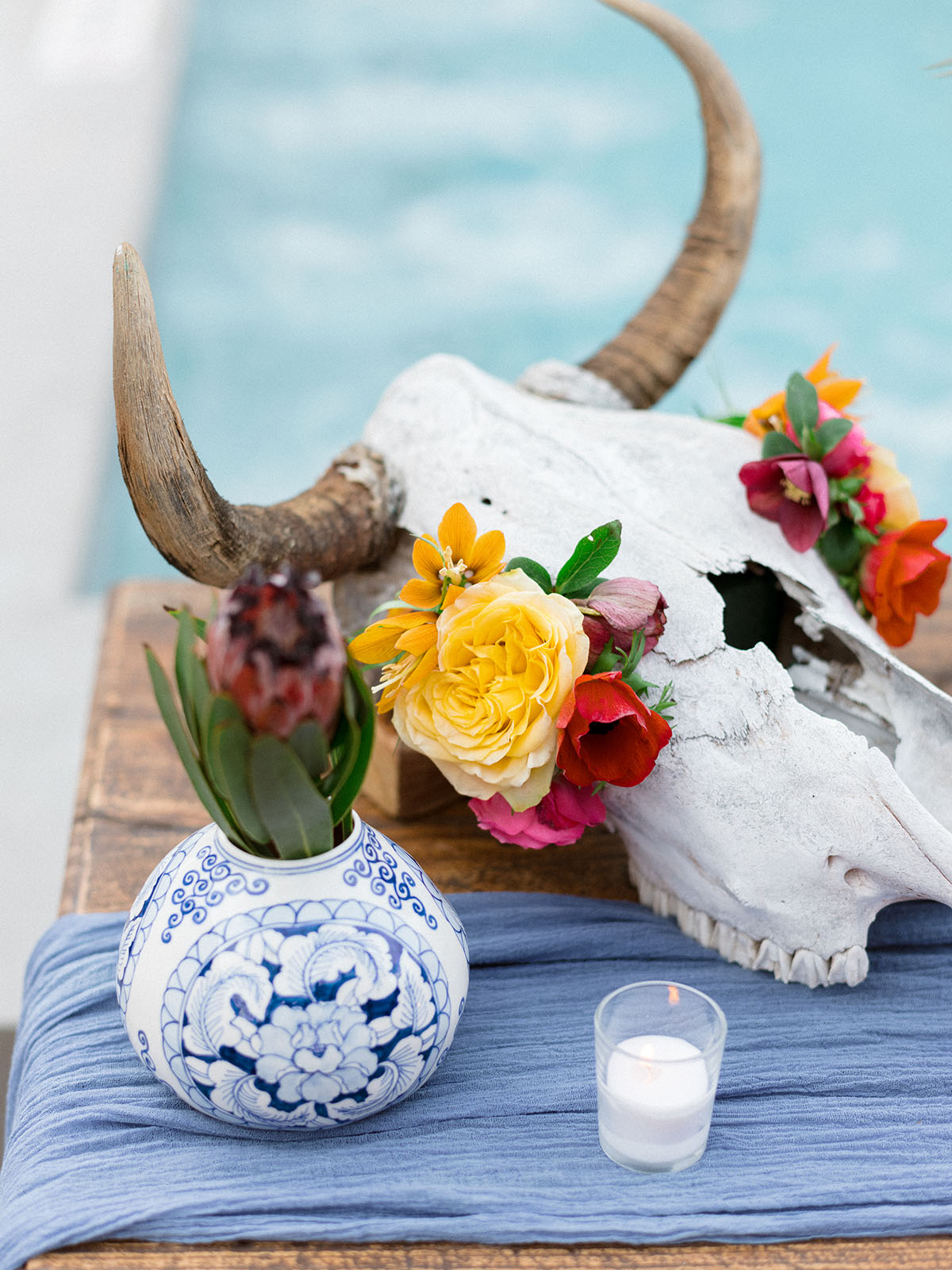 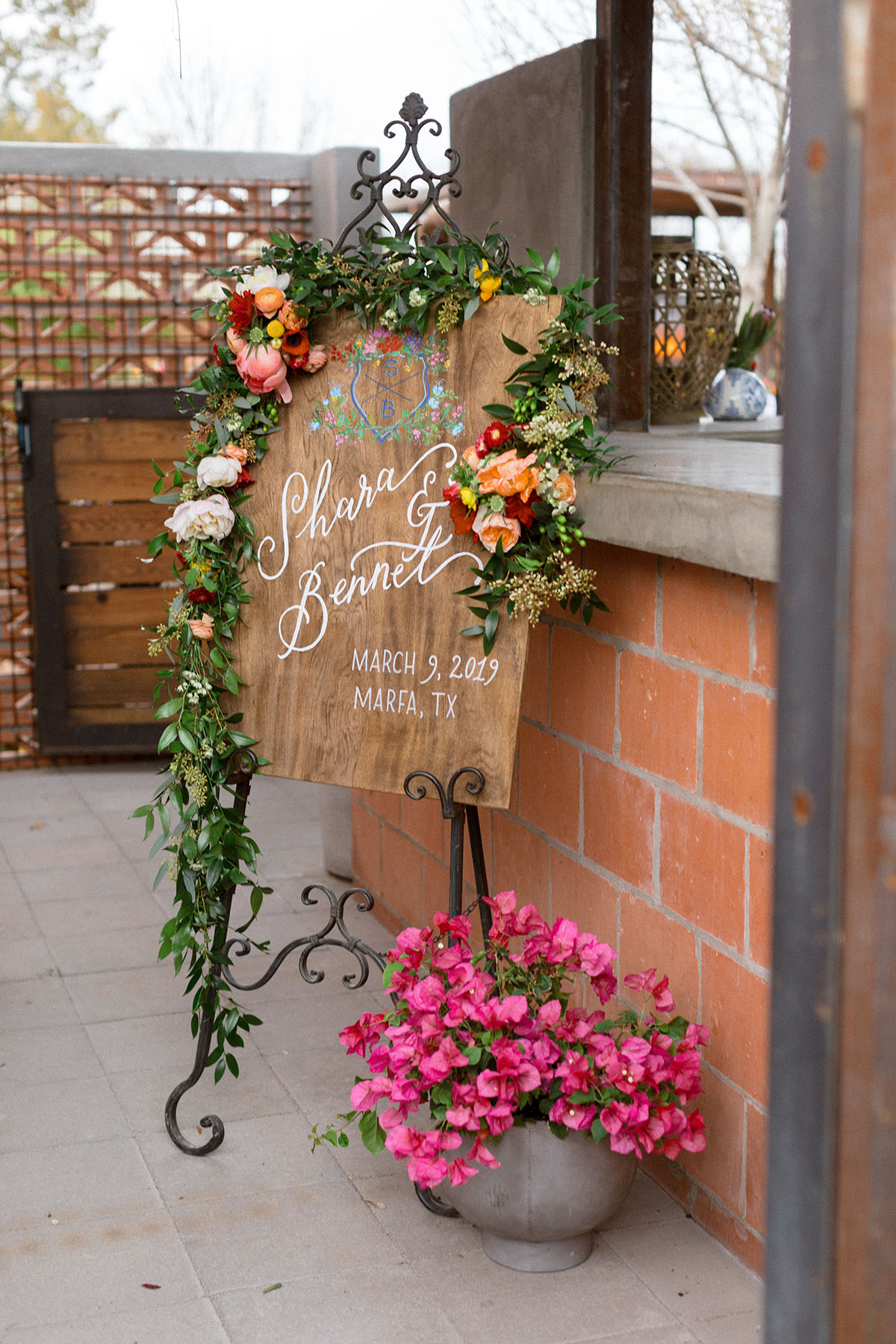 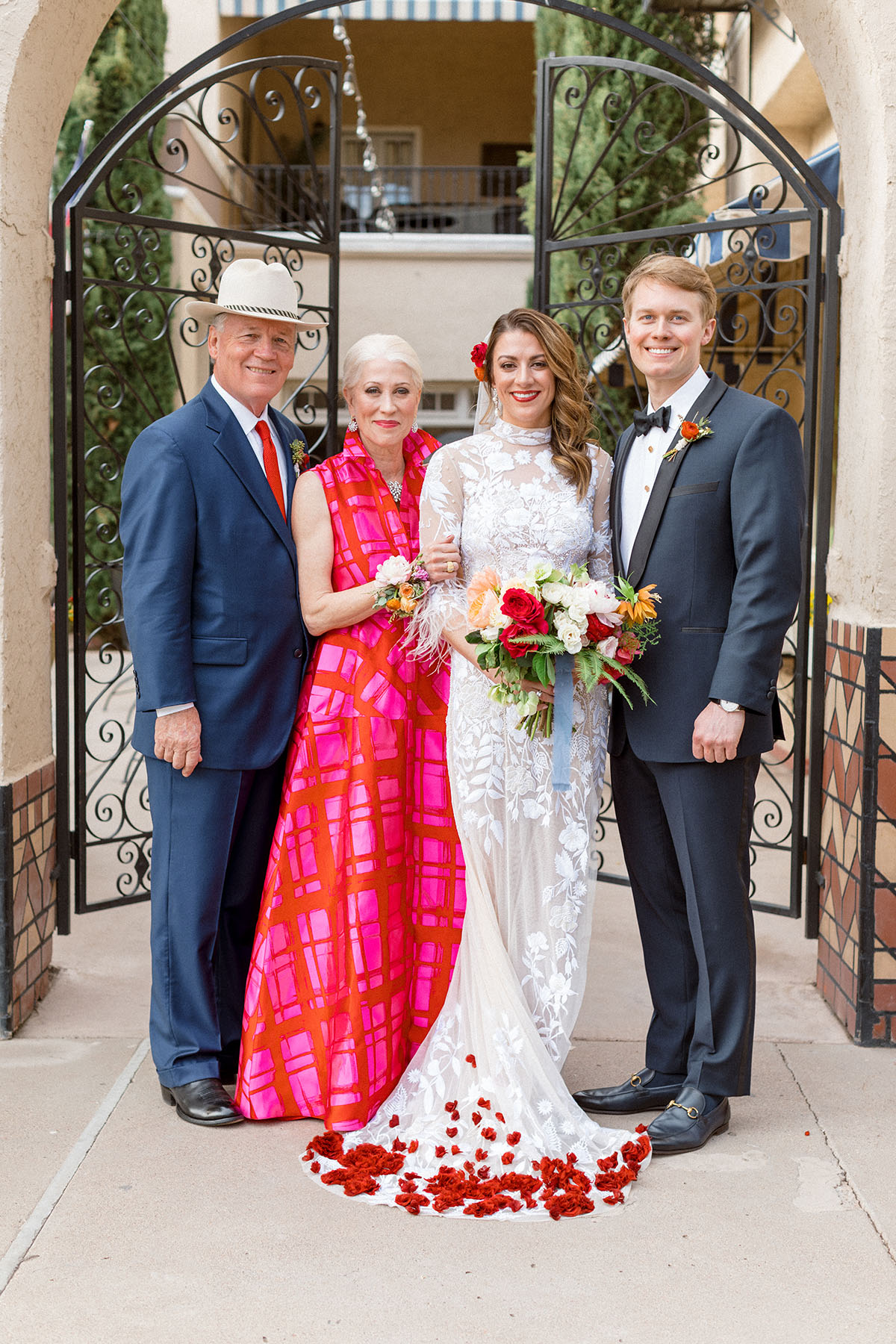 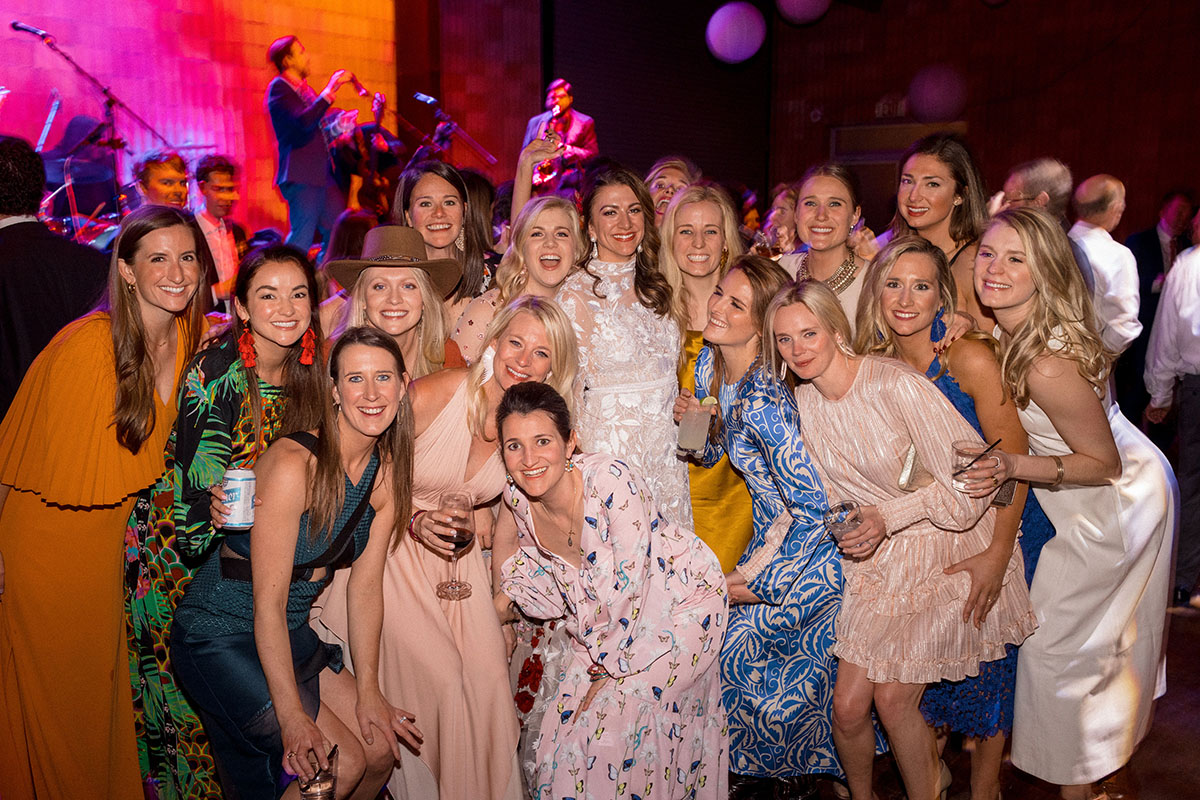 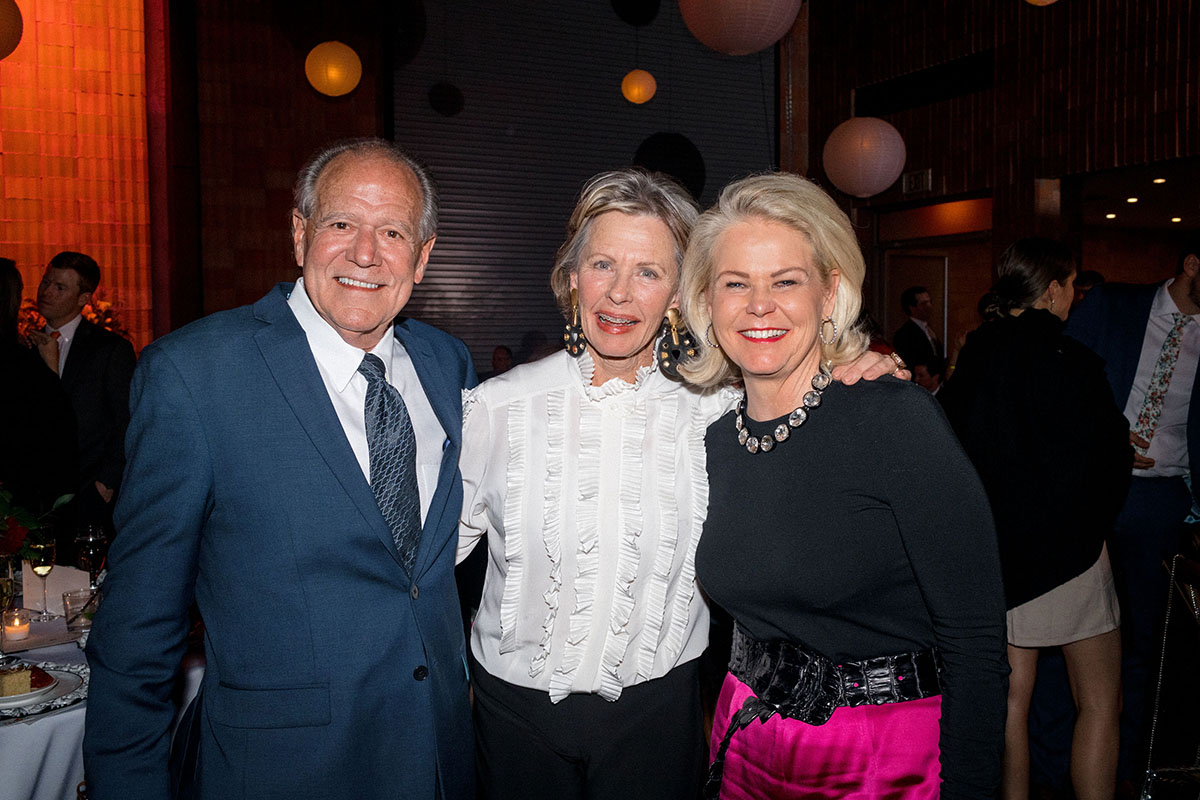 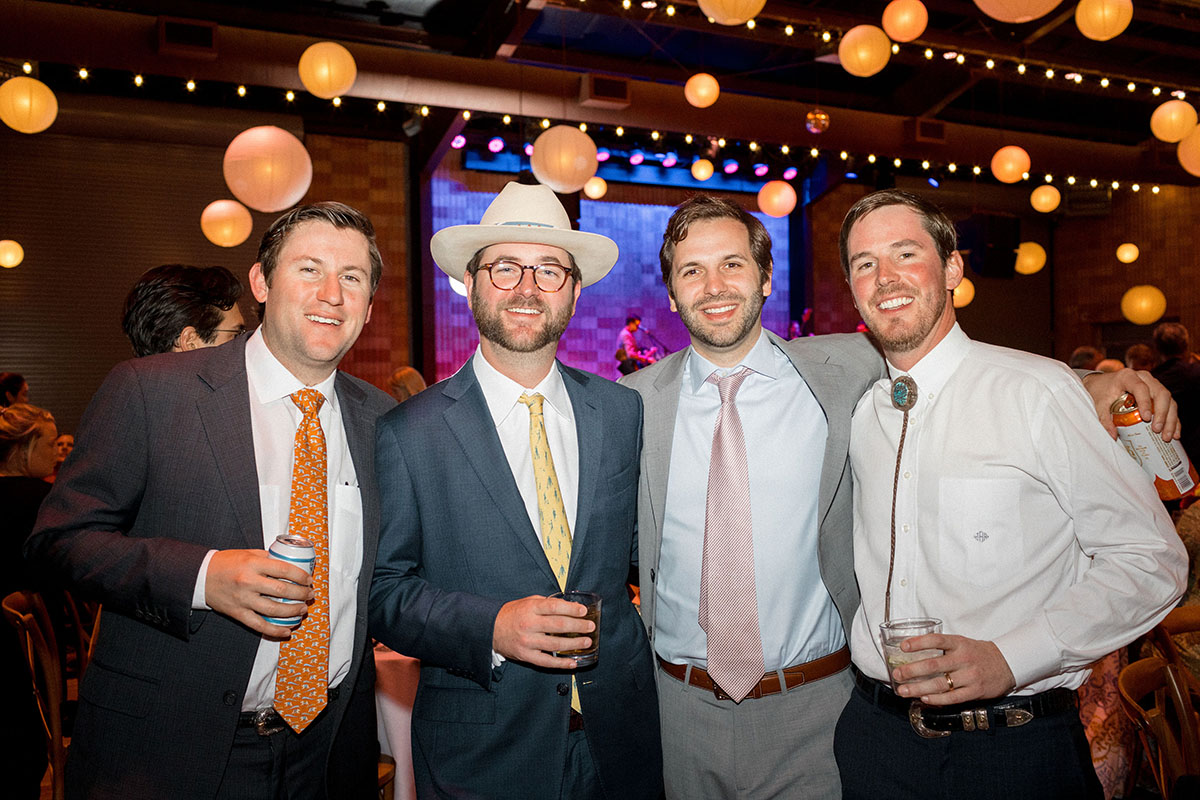 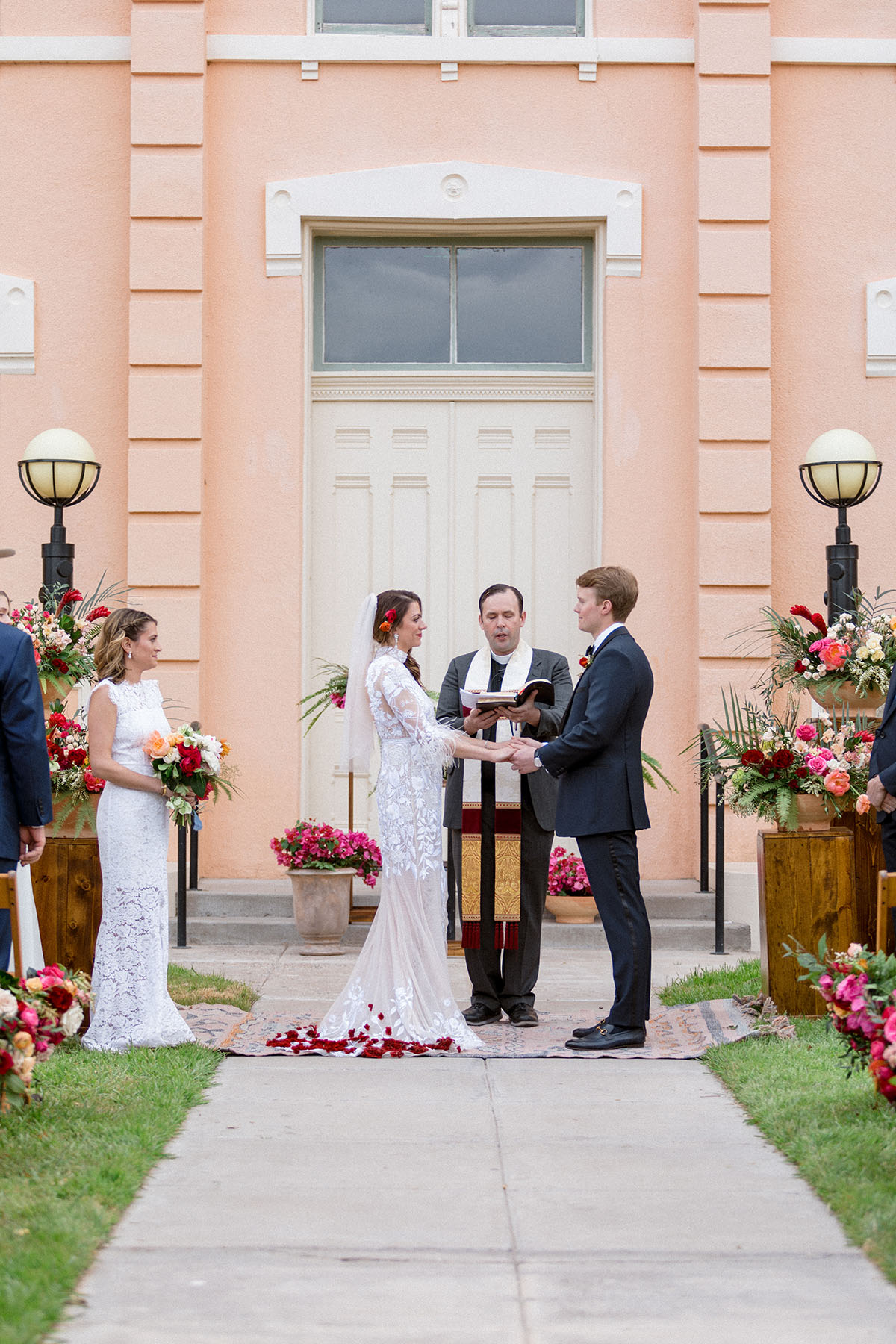 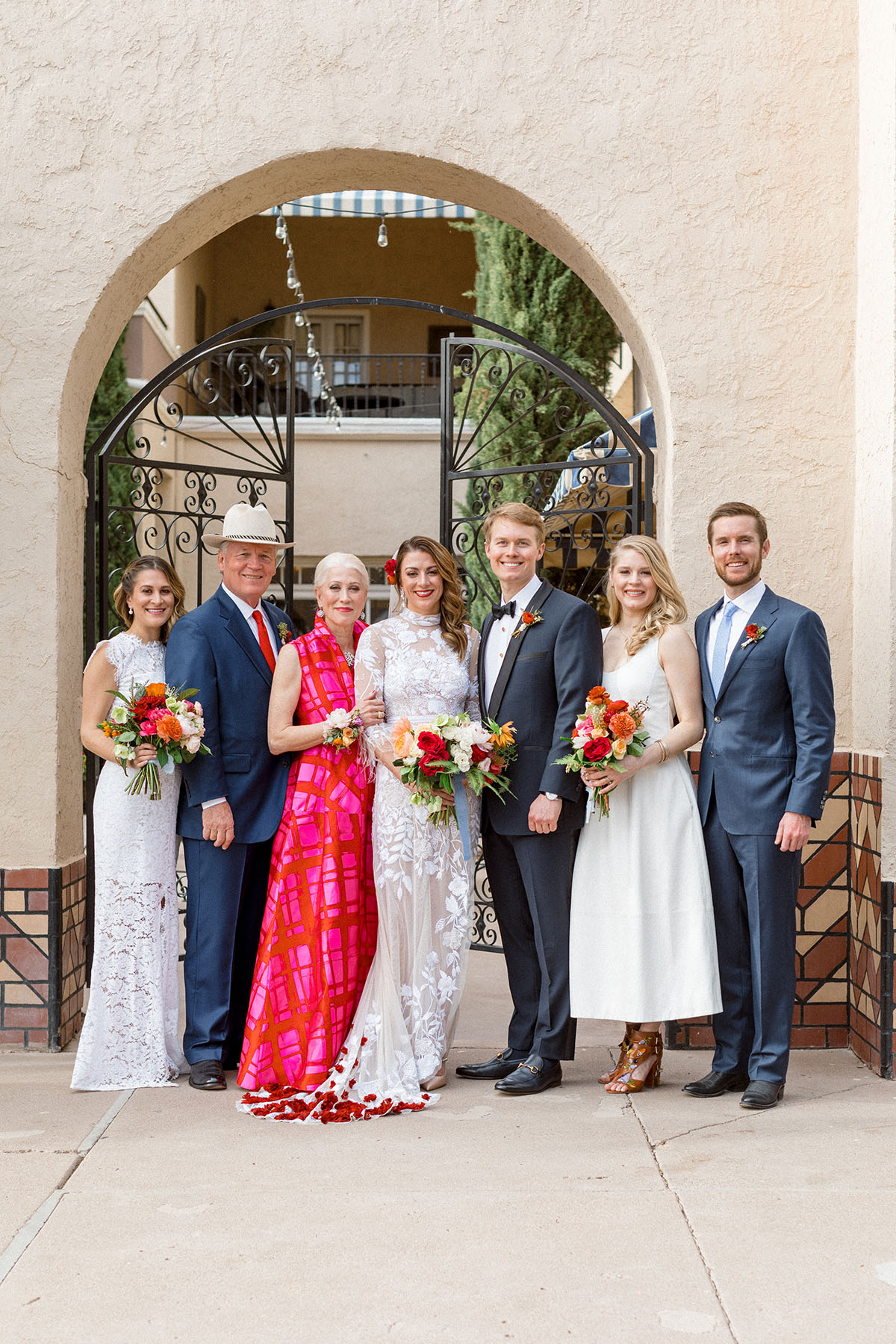 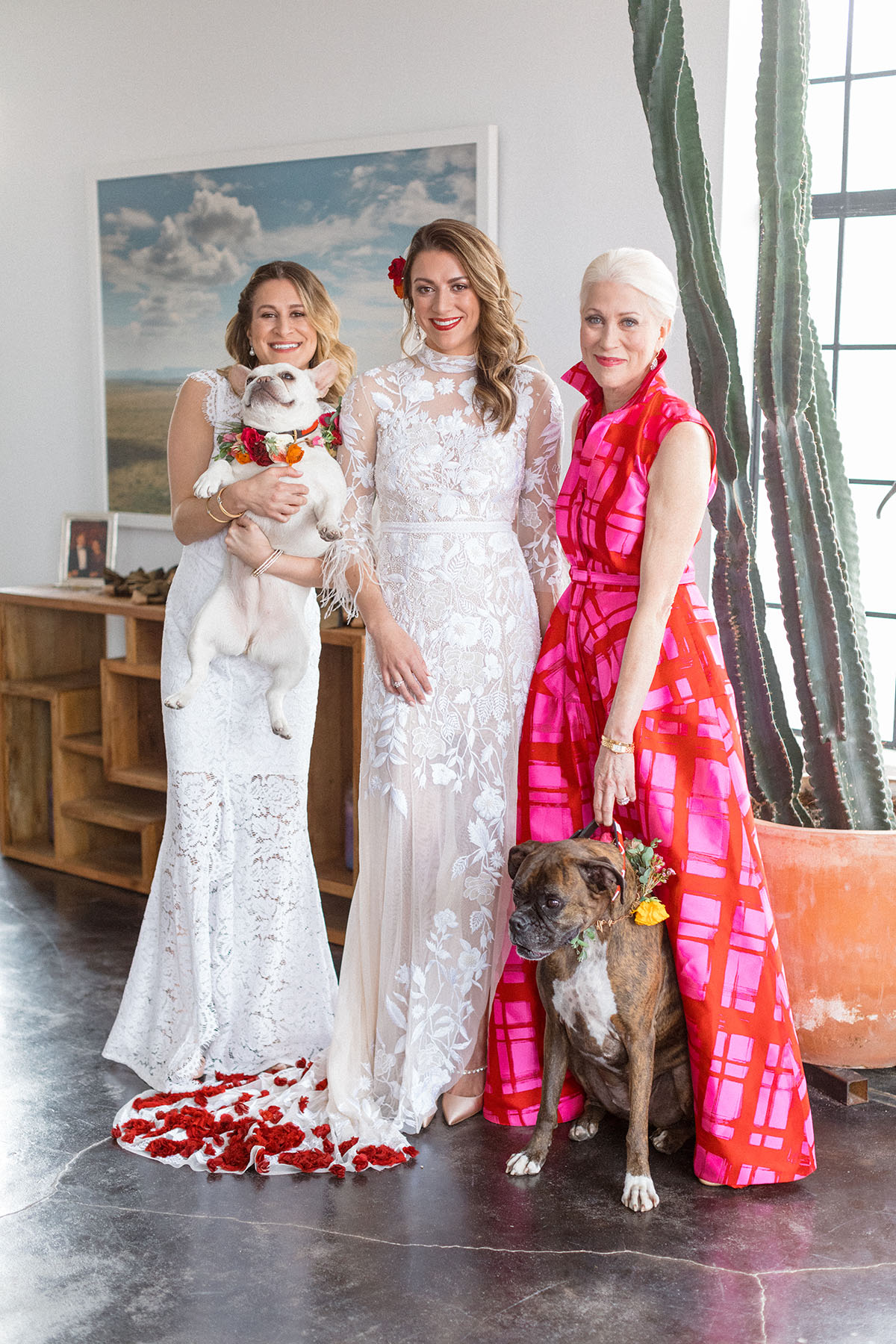 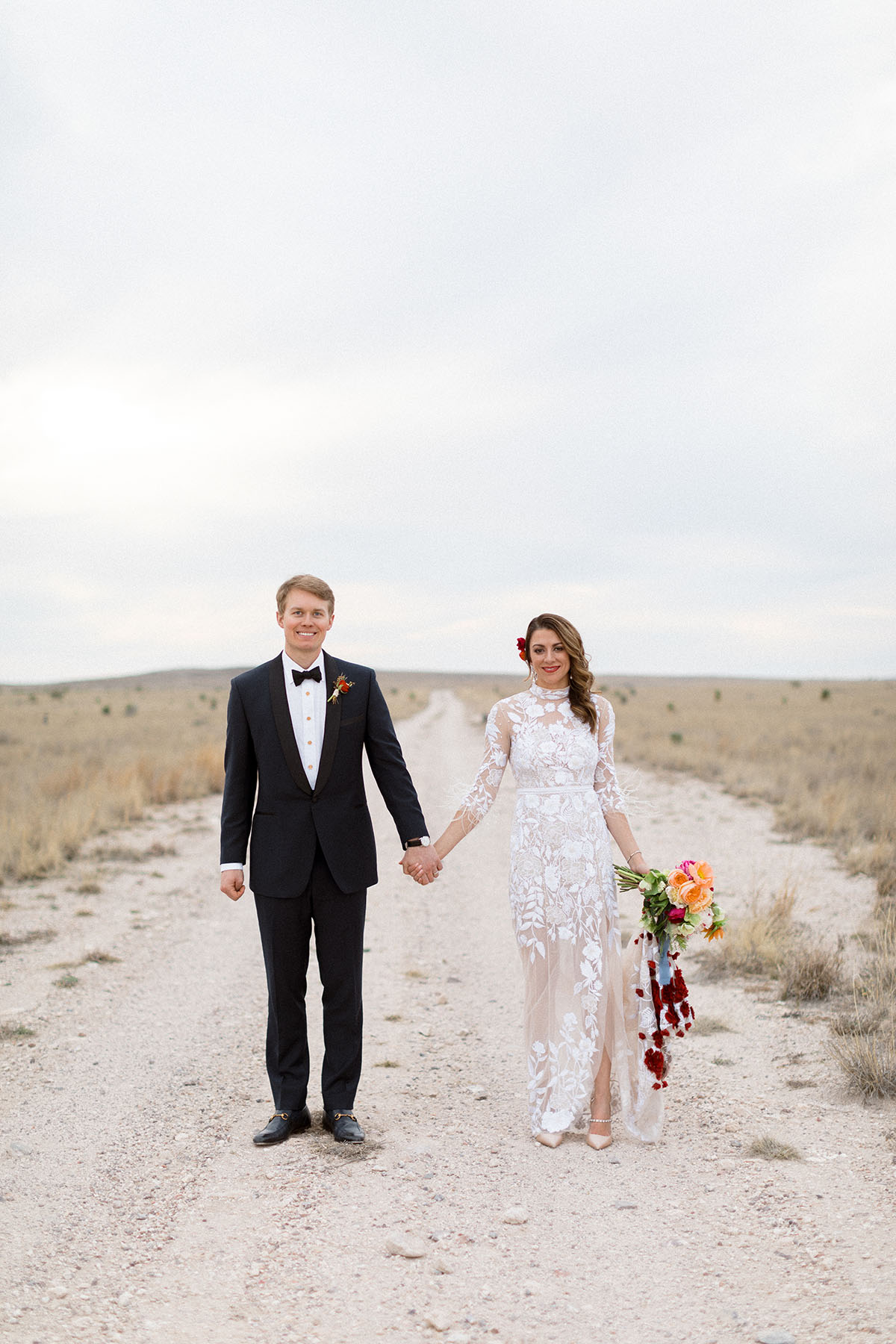 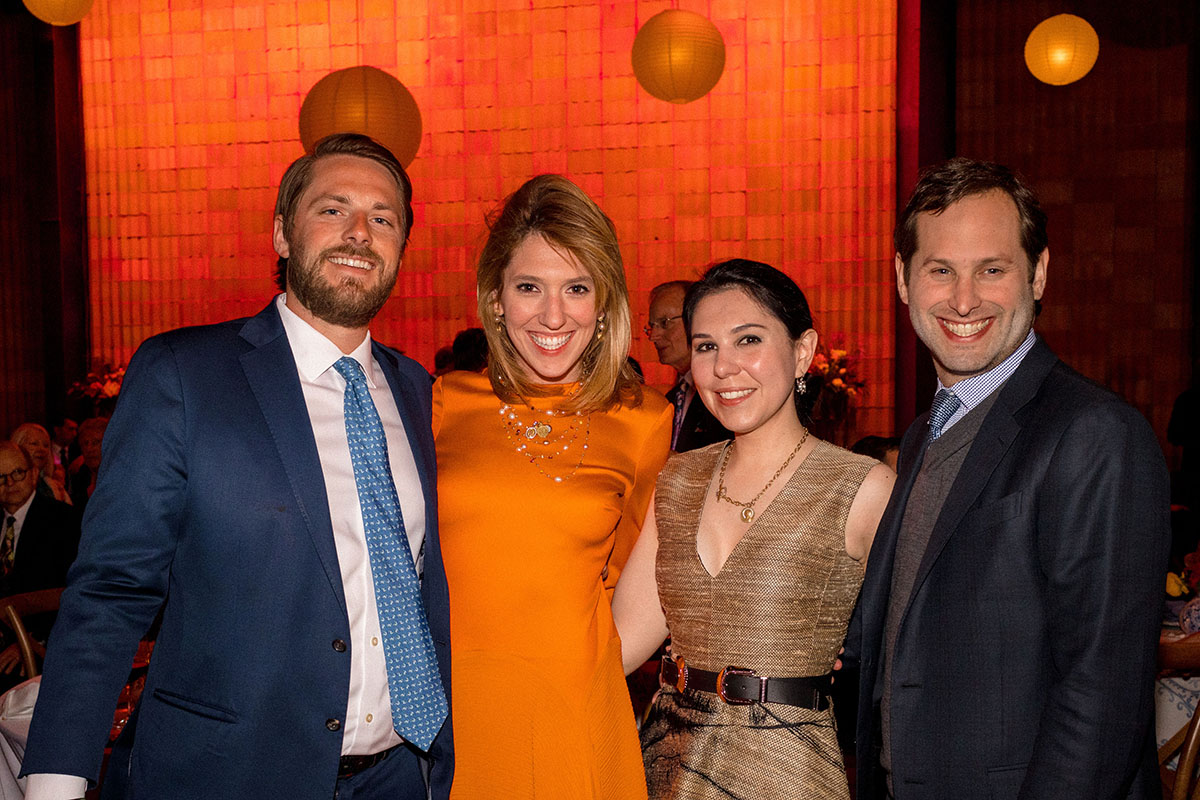 Carol Peterson, Michelle West and the Gage Hotel wedding team from The Gage Hotel in Marathon, Texas flawlessly executed a reception to remember. The signature  drink of the evening was named Ghost Lights, as a tribute to the Marfa Lights. Ranch Water (the bride and groom’s favorite) was also a specialty cocktail of the celebratory weekend. San Antonio’s Paloma Blanca restaurant’s famously irresistible Tres Leches cake was the inspiration for the wedding cake, which was made using the restaurant’s exact recipe.

The Motts band of Austin had guests on their feet dancing all night, and even learned to play a special requested song for the bride and groom, Scar Tissue by the Red Hot Chili Peppers. The band ended the reception with a classic, Free Bird by Lynyrd Skynyrd, and sent the newlyweds off in harmony. The late night was topped off with an after-party at the Brite Building, where freshly baked sausage and jalapeño kolaches fed a hungry and happy crowd. Built in 1831, the Brite Building sits in the heart of downtown Marfa, located above the Ayn Foundation, which houses several Andy Warhol artworks. 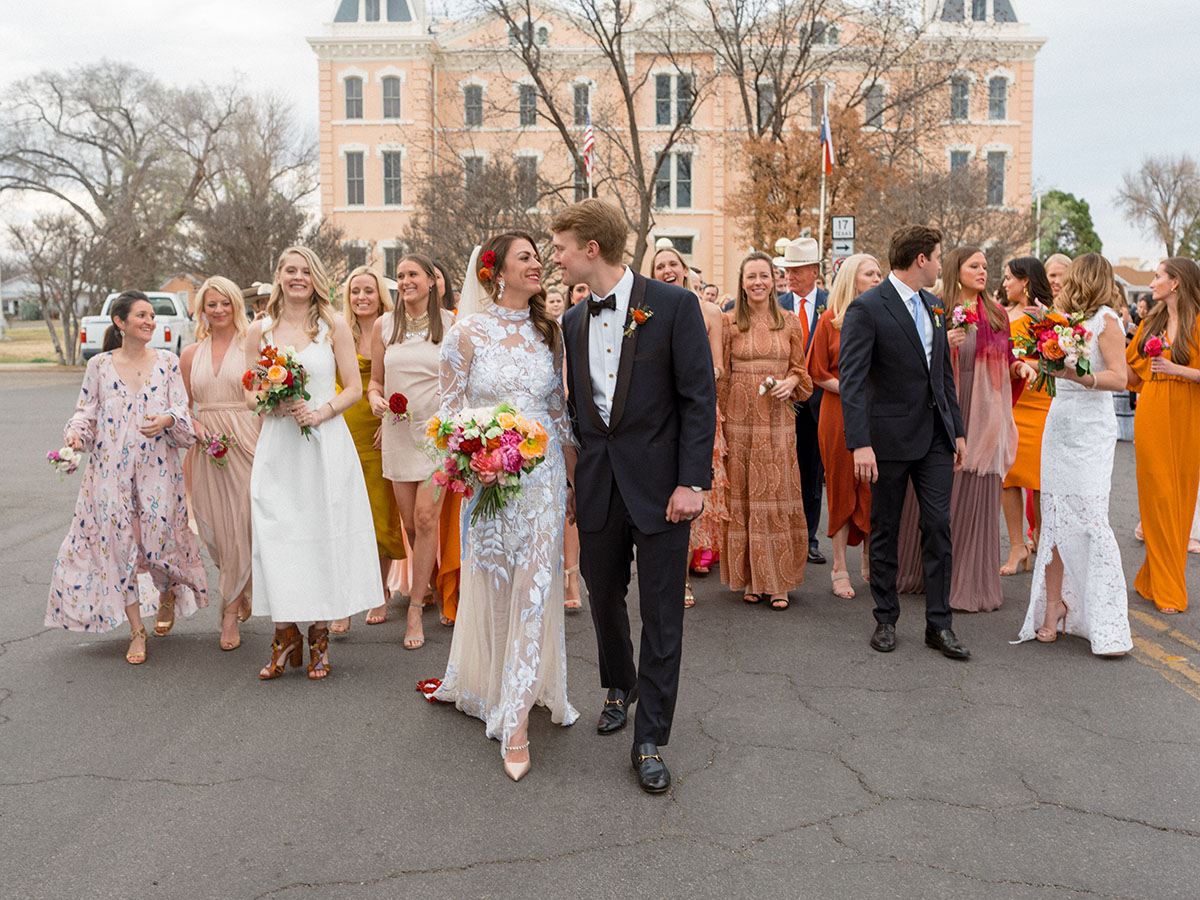 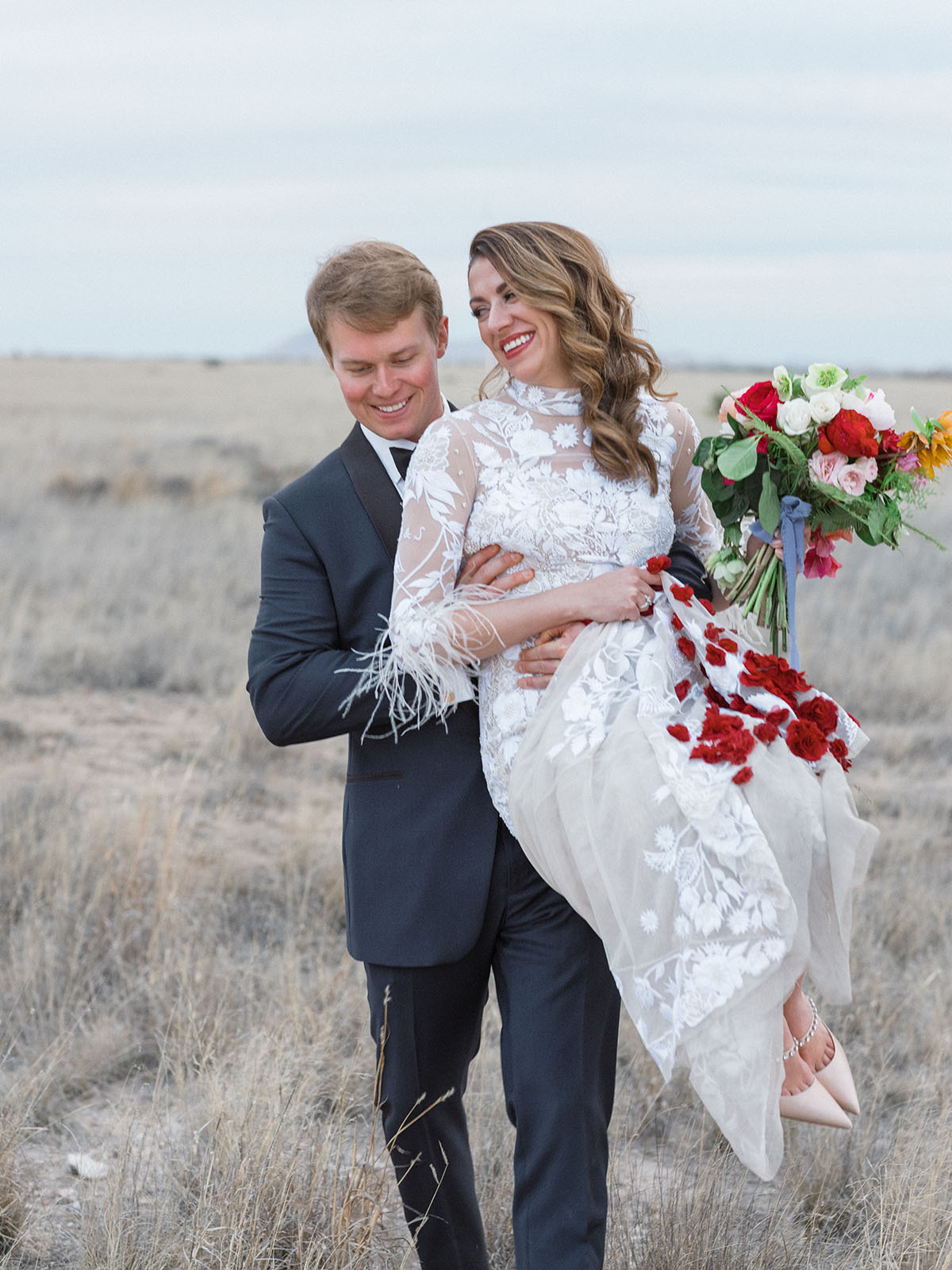 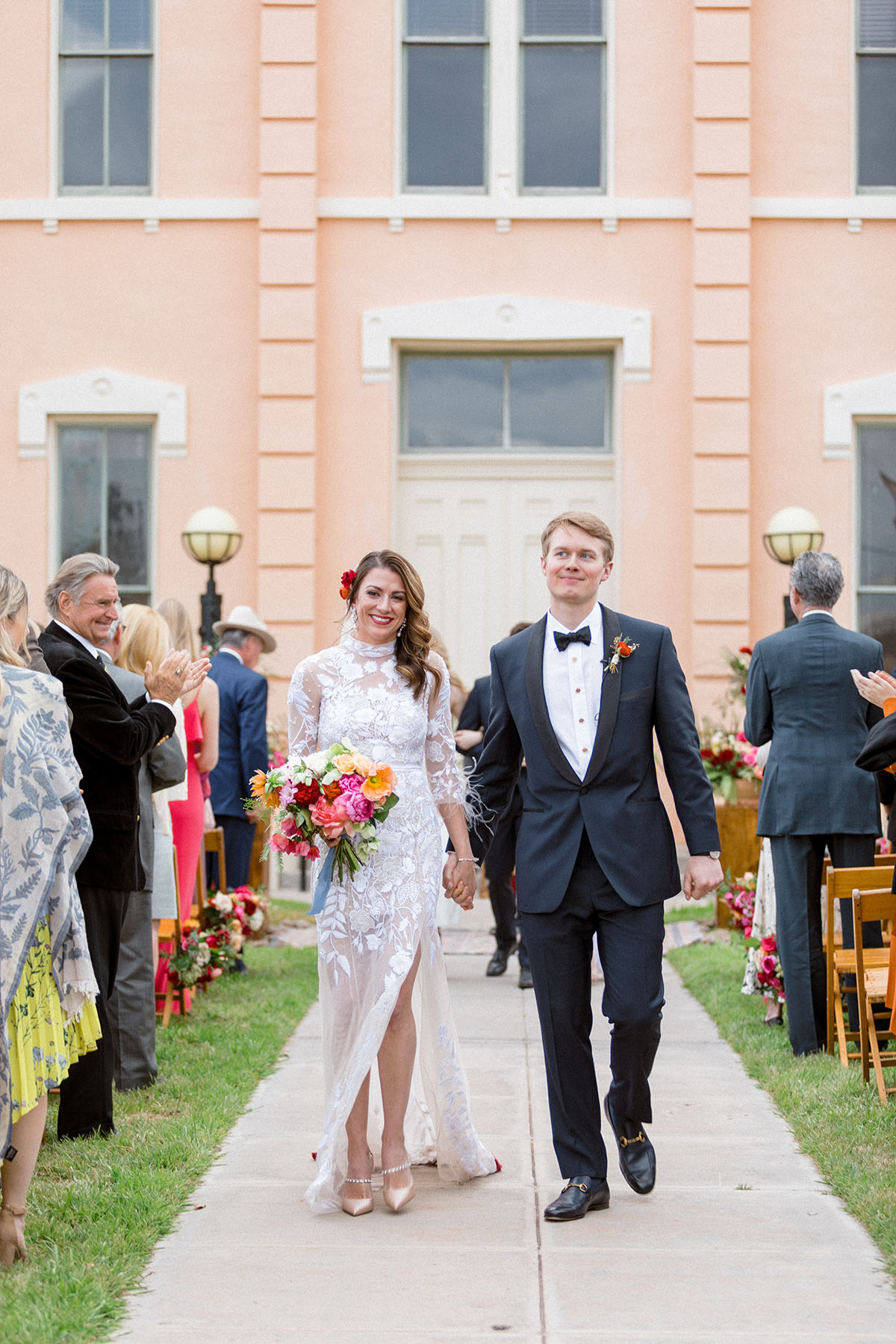 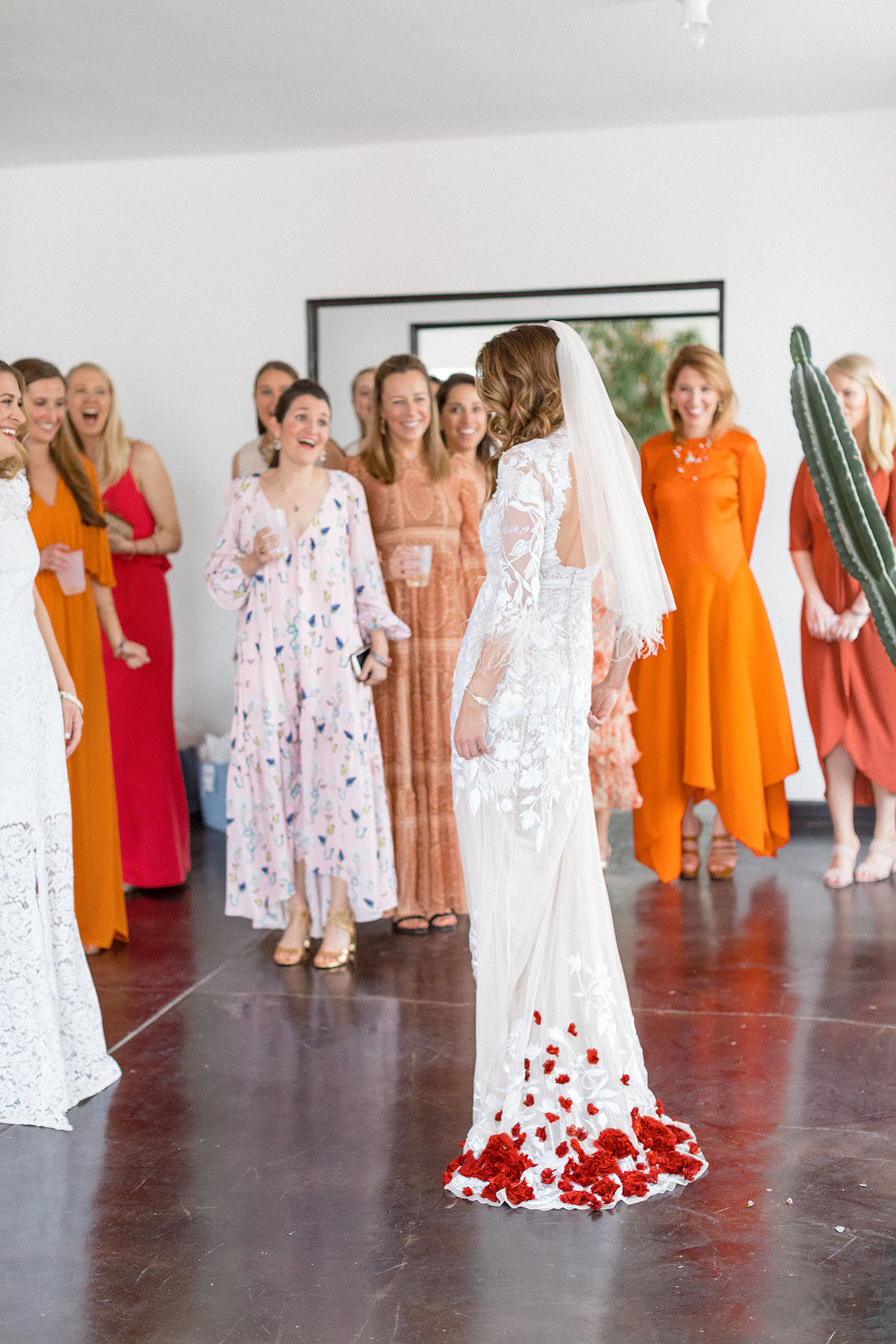 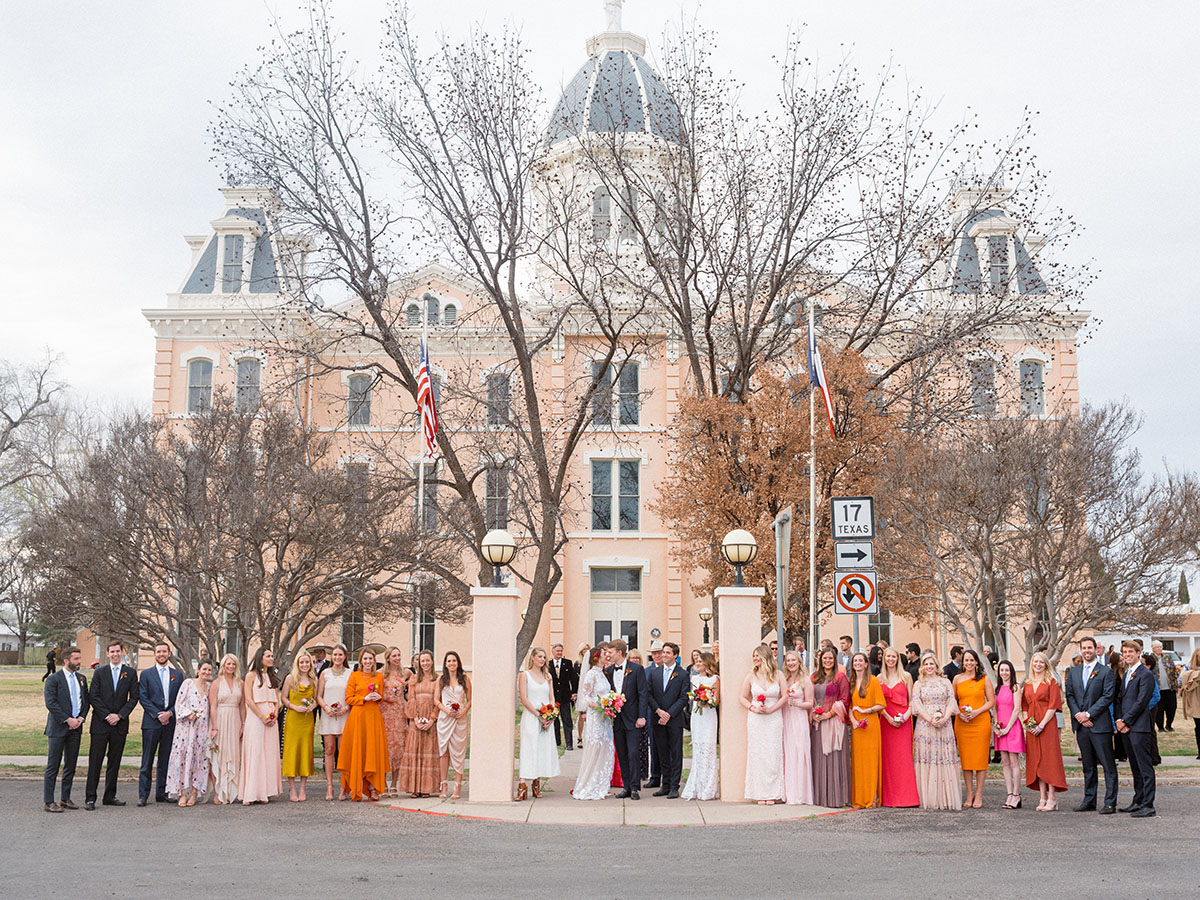 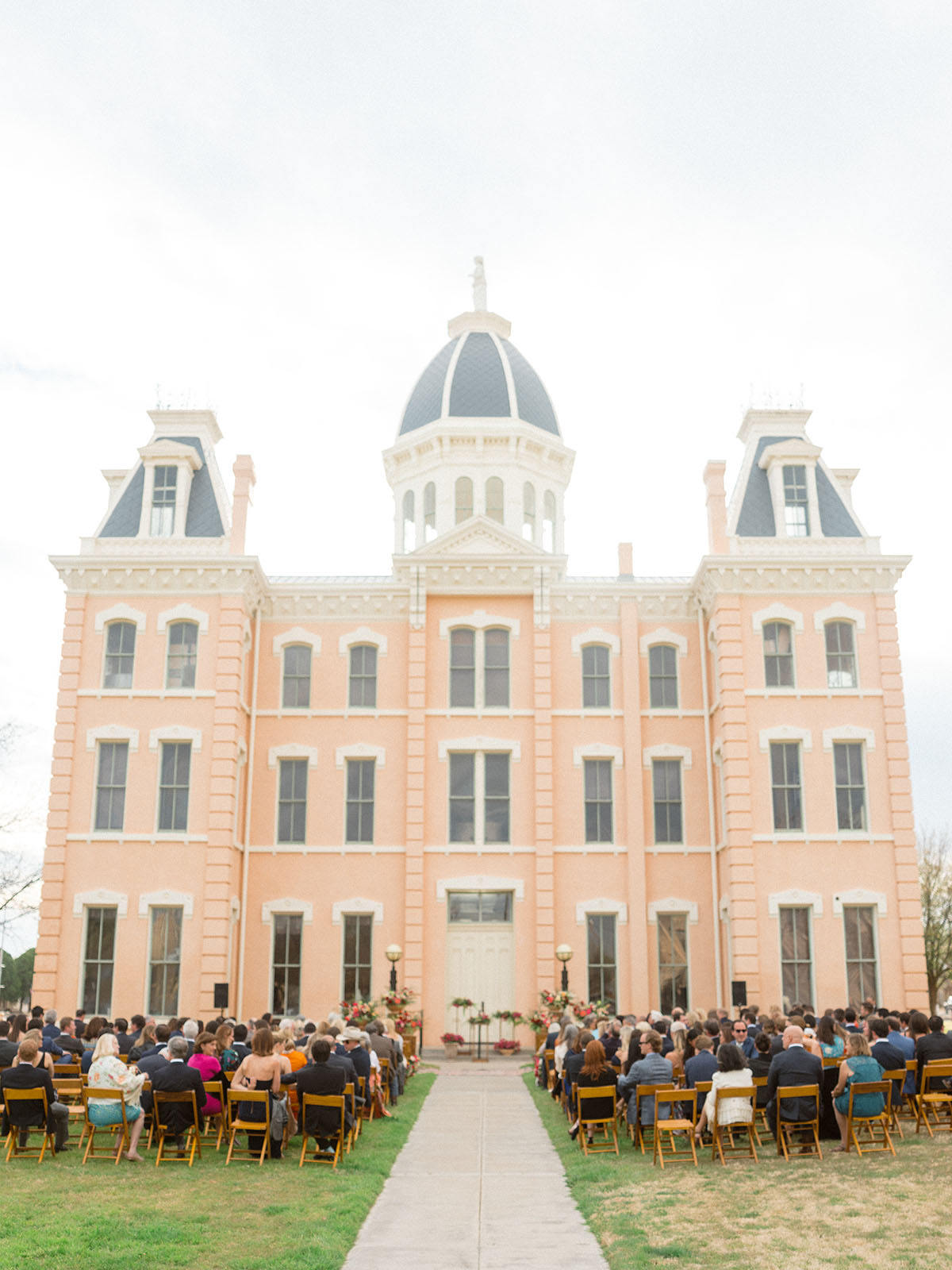 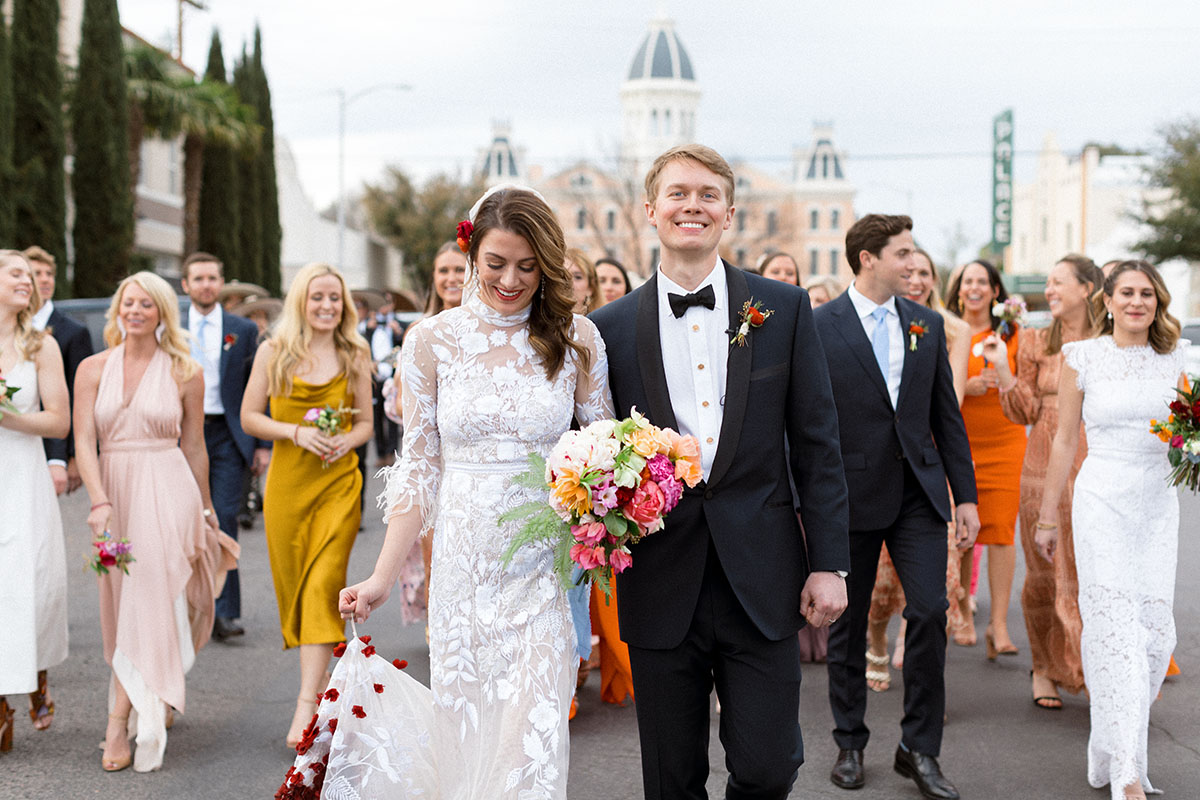 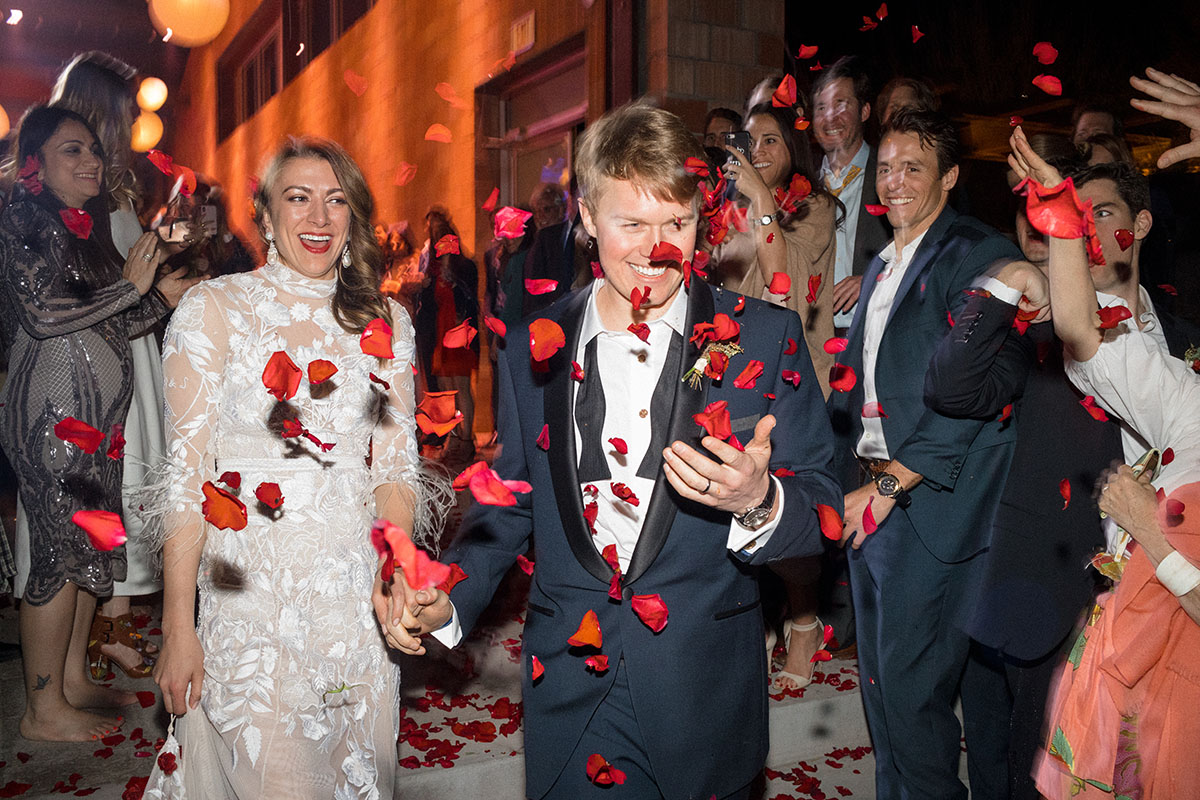 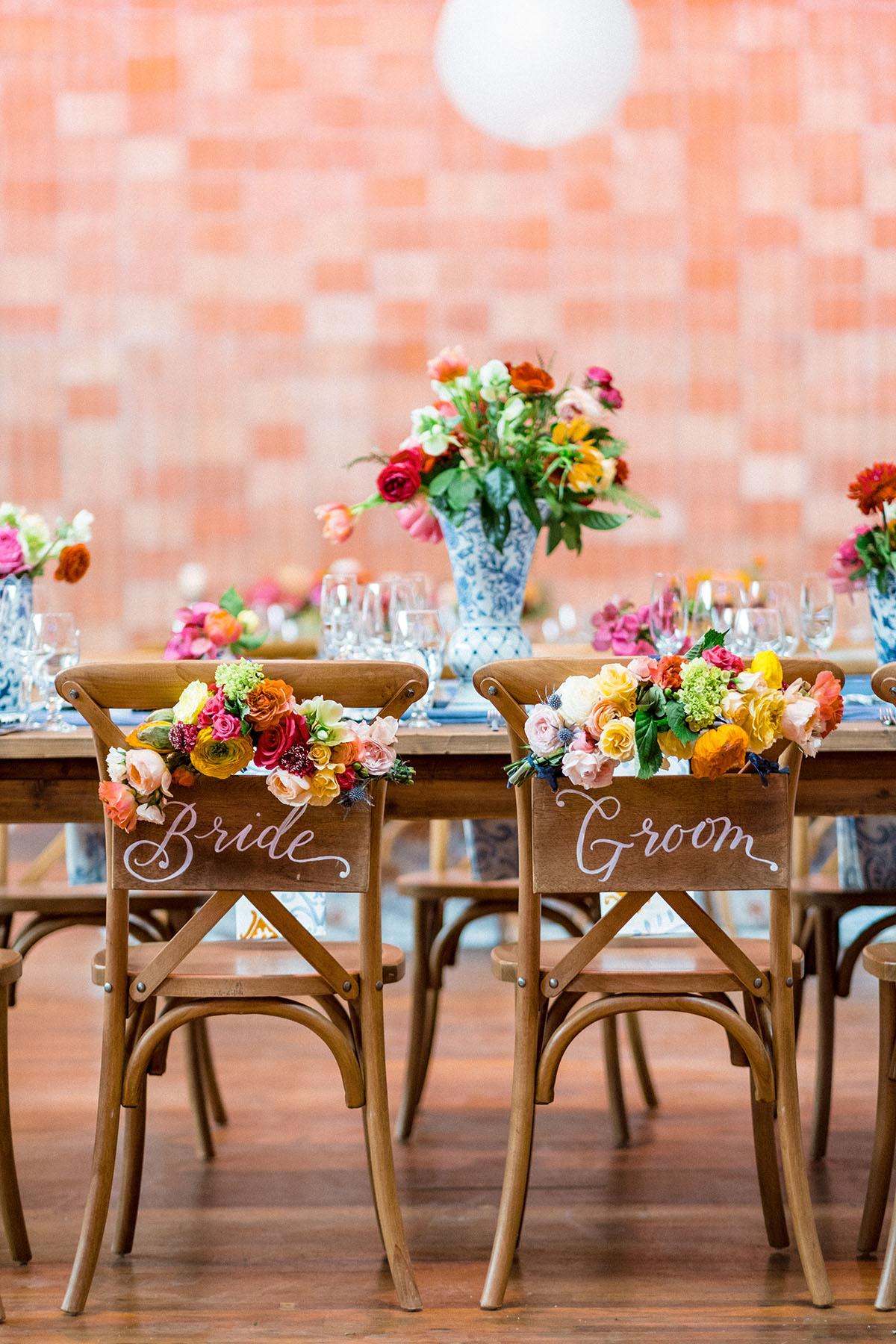 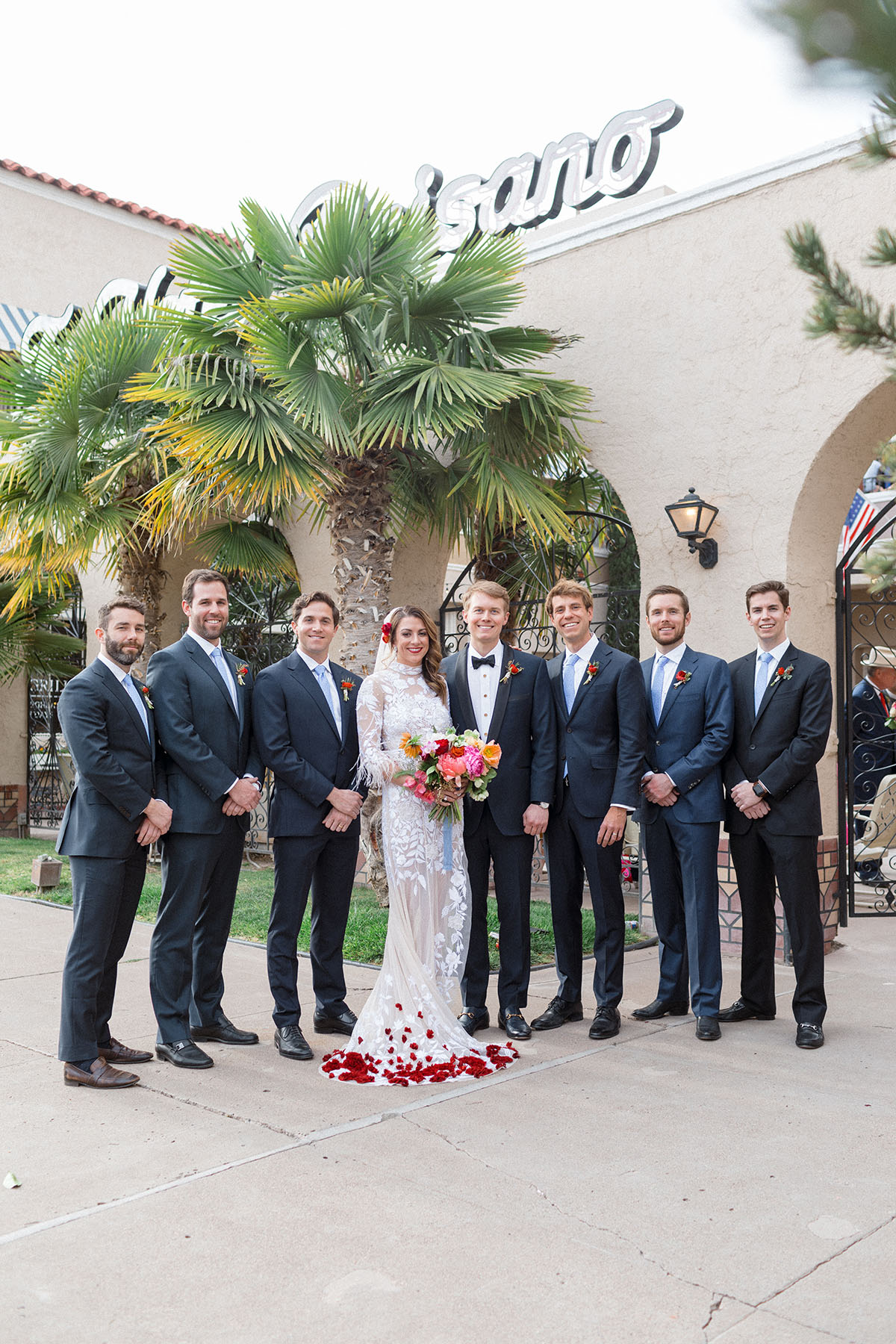 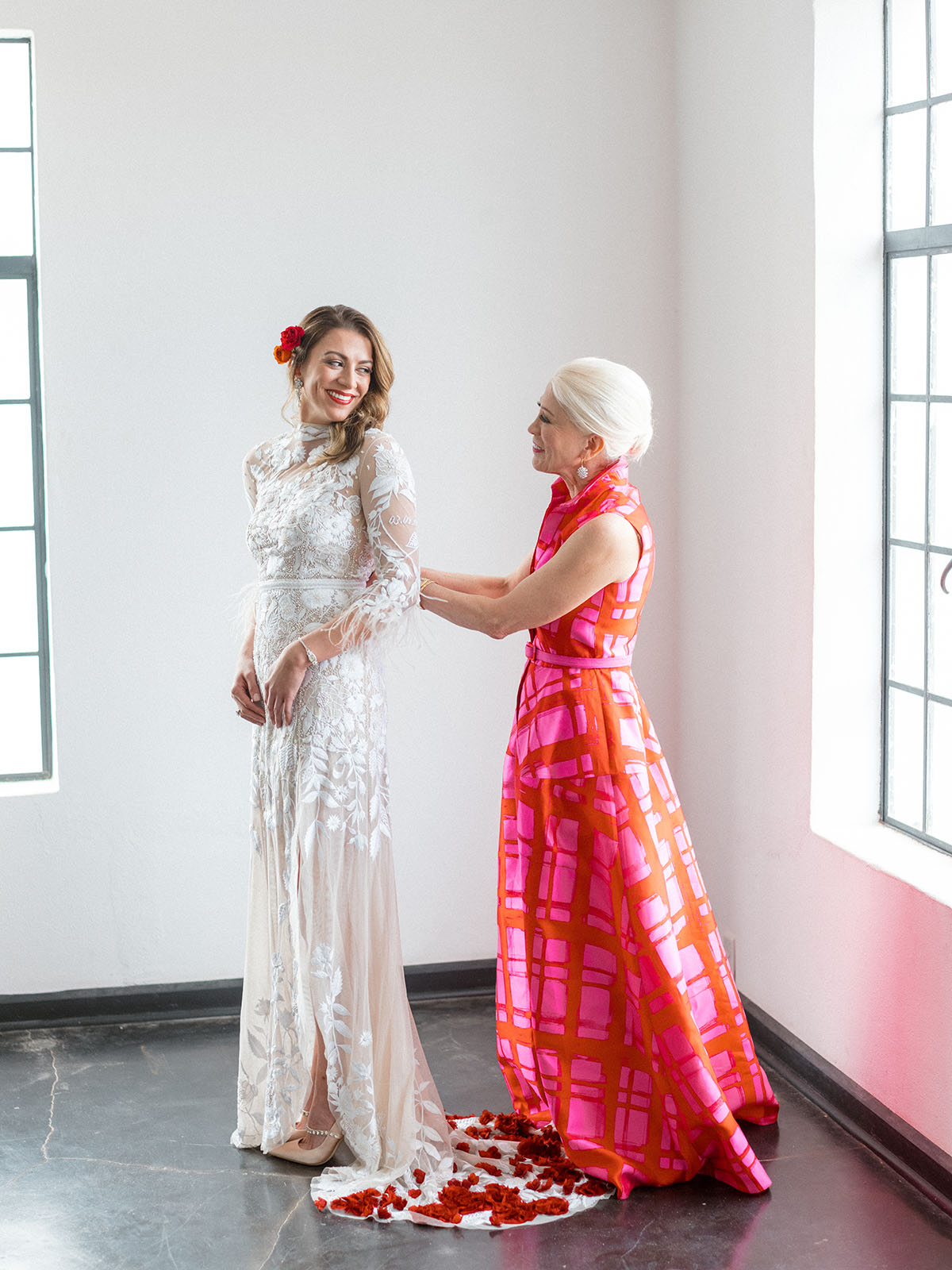