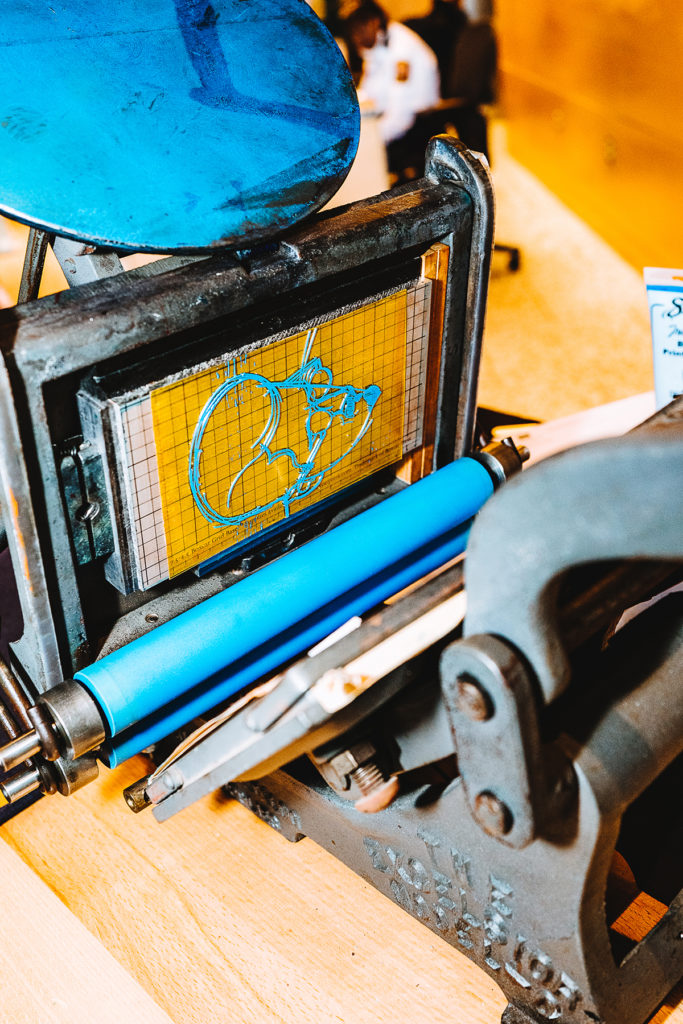 LUCK OF THE IRISH

THE SETTING: A picture-perfect spring evening at The University of Texas’ Harry Ransom Center in Austin was the recent setting of the VIP Opening Party of the much-anticipated exhibition, Women and the Making of Joyce’s Ulysses. The exhibit celebrates the 100th anniversary of legendary literary modernist author James Joyce and specifically highlights the previously unacknowledged role women had in making his literary masterpiece come to life. In total, over one hundred of the city’s most notable literary and artistic patrons turned out for this special evening.

THE STYLE: The crowd began the evening sipping cocktails and socializing with many conversations abuzz surrounding the legendary work of Joyce on display. Additionally, patrons could go back in time to the early 20th century and personally press their own postcard featuring an image of Joyce as a keepsake for the evening.

Guests were then treated to informal talks by the show’s leaders, including exhibit curator Dr. Clare Hutton, who dazzled the audience with her passion and knowledge of Joyce’s work. After the talks, patrons were able to view the 150-pieces in the exhibit, with Hutton personally taking several individuals on personal tours of the manuscripts, page proofs, and accounting logs from benefactor Harriet Shaw Weaver. These items perfectly demonstrate how women were instrumental in the making of one of the most important literary works of the 20th century.

THE PURPOSE: The Harry Ransom Center is a world-renowned archive collection of significant artists and writers with over 42 million manuscripts, five million photographs, and over 100,000 works of art in its archives, including many from the world’s most renowned artists, including E.E. Cummings, Robert De Niro, Albert Einstein, Frida Kahlo, and Jack Kerouac among many others. The Women and the Making of Joyce’s Ulysses exhibition is open to the public, free of charge, through July 17th at The University of Texas’ Harry Ransom Center.