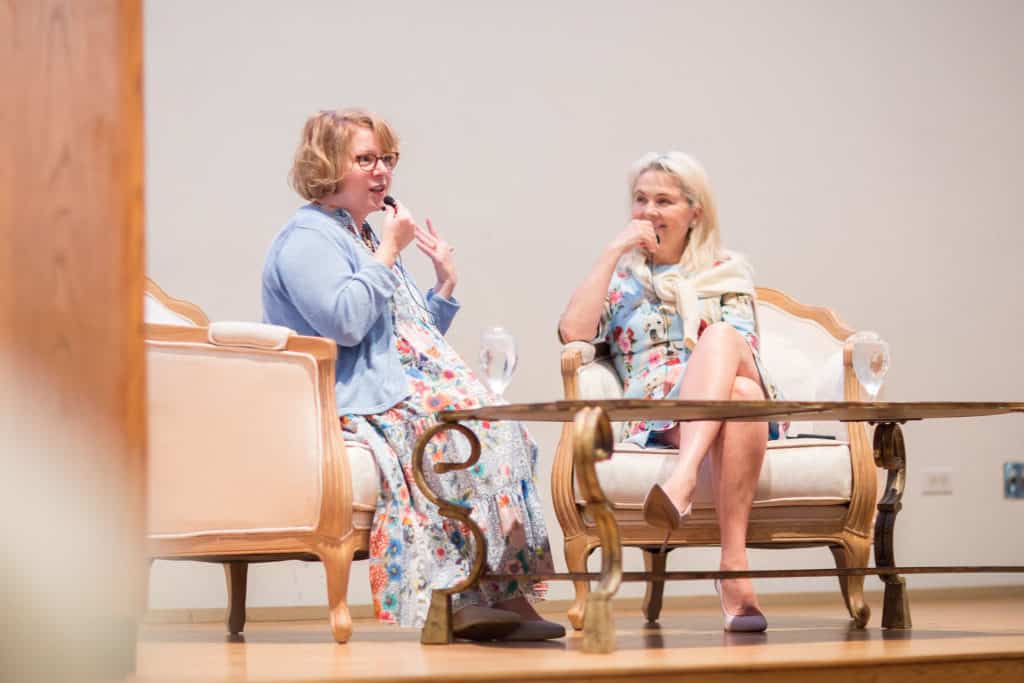 THE SETTING: The San Antonio Public Library Foundation recently hosted its 13th Annual Literary Luncheon. They welcomed nearly 300 supporters and book lovers to the McNay Art Museum to hear The New York Times best-selling author, Melanie Benjamin, in conversation with the special guest moderator Cornelia Guest about Benjamin’s book, The Swans of Fifth Avenue. During the event María-Eugenia Cossío-Ameduri, Kye Fox, and Alice Lynch were also honored for their decades-long service to, and in support of, the San Antonio Public Library Foundation.

THE STYLE: Benjamin and Guest, the daughter of legendary socialite C.Z. Guest, discussed the women and history that inspired her book, a historical novel detailing the relationship of Truman Capote and his bevy of elite Manhattan women he called his swans. Guest recounted how she knew Capote well since he was a frequent visitor at her family’s summer home. She shared vivid memories of time spent with Capote and her mother’s view of him before and after the publication of his thinly veiled short story in Esquire magazine, La Côte Basque, 1965, that divulged the most intimate and embarrassing secrets of his closest friends, the swans. The conversation was enlightening for the author as well.

Attendees sipped raspberry garnished champagne, enjoyed a refreshing light lunch and sweet treats by Rosemary’s Catering, and tried their luck at winning the raffle drawing “A day of luxury” provided by Neiman Marcus and Catrina Ball tickets provided by SAPLF. Booksellers Barnes & Noble sold out of two of the author’s titles, The Swans of Fifth Avenue and her newly released The Mistress of the Ritz.

THE PURPOSE: Liecie Hollis and Caroline O’Connor, the luncheon event’s co-chairs, are also SAPLF board members. Proceeds from the gathering raised critical funds for the Library Foundation in support of their mission to strengthen the library service to the community.