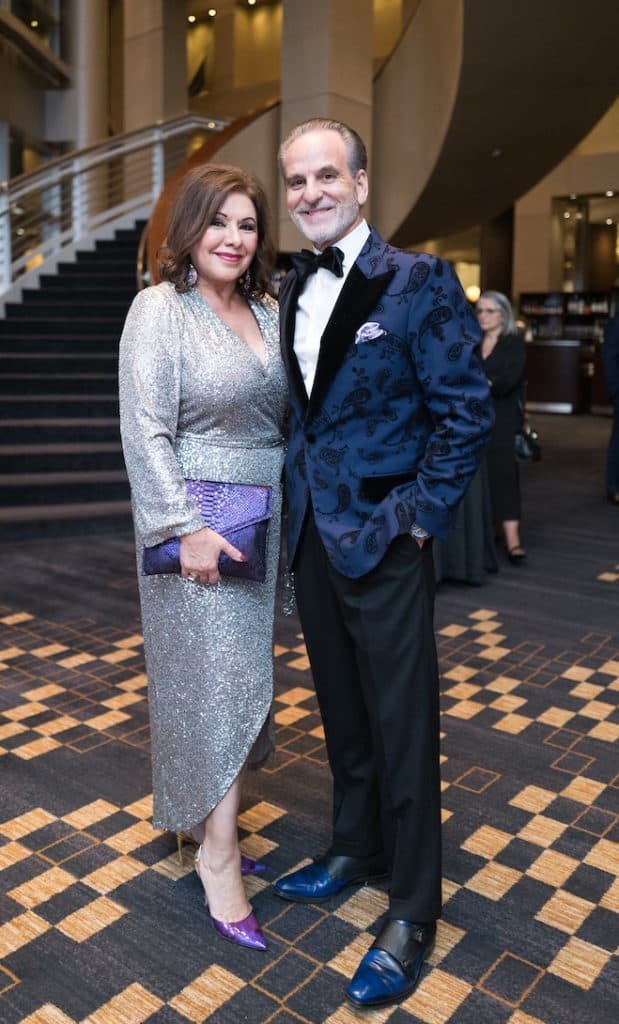 THE SETTING: Over 500 guests gathered at the Royal Sonesta Hotel to celebrate one of the most anticipated annual events of the fall social season, Una Notte in Italia, benefitting Children at Risk. Italian and Continental style was prevalent as guests entered the venue. They viewed magnificent vehicles from car sponsor Rolls Royce Motor Cars North Houston, and enjoyed a premiere tasting provided by the popular Veneno Tequila. With pandemic protocol in place ,a silent auction and libations entertained guests before they made their way into the ballroom to enjoy all things Italian. There were fine wines, delicious food, and of course, the highlight of the evening…the philanthropic men and athletes who walked the runway for the cause.

THE STYLE: Fabulous fall fashions from Rudy Festari of Festari for Men adorned each gentleman as they danced to their favorite song. Popular Emcee Johnny Bravo and Honorary Chair Debbie Festari spoke to the accolades of each gentleman as they walked the catwalk. Some of the participants included Olympic great Carl Lewis, dynamo stars Zarek Valentin and Tim Parker, Sabercats Rugby player Ken Nasoqeqe, Houston Texans Jonathan Owen, businessmen Chad Pinkerton, and Moez Mangalji, and Dr. Matthew Brams, Stephen Chen, Bob Sanborn, Pablo Delgado, Adrian Duenas, Jonathan Zadok, Clayton Katz, Hugo Guerrero, Mark Theissen, and Al Lindseth, to name a few.  As usual, there were plenty of model face signs, and glitter and flowers were tossed as the crowd cheered for their favorite model. The evening was capped off with the most successful live auction in the event’s history.

THE PURPOSE: Co-chairs Melissa Holman Juneau and Jennifer Pinkerton, with Honorary Chair Debbie Festari, set a record for the gala raising over $438,000.00 on behalf of Children at Risk. The Una Notte in Italia “celebrity” men’s fashion show is always one of the most eagerly awaited galas, and this year was no different when it sold out eight weeks before invitations went to print. The organization helps to free children from the dangers of sex trafficking and exploitation.