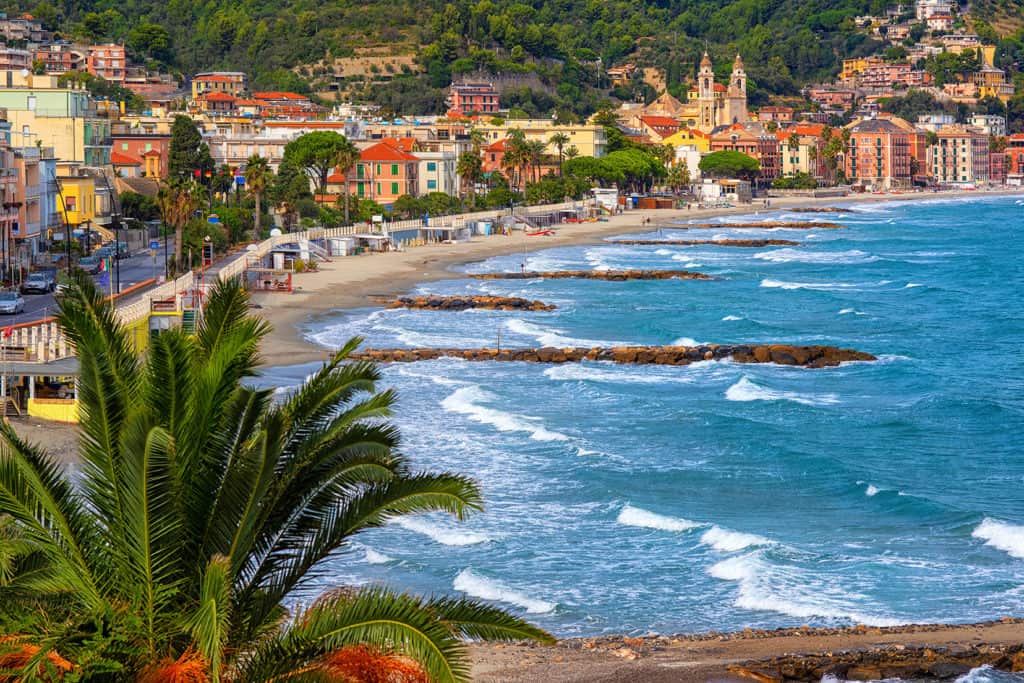 In the oft-beaten trail of V.I.P. Italy, our transcendent traveling reporter Gordon Kendall winds his way into the most authentic  parts of the country that visitors seldom explore.

Our little car, resembling nothing more than a collection of suitcases on wheels, crept mid-morning into the empty village of Casanova Lerrone, located in the province of Savona in the northern Italian region of Liguria, about 50 miles southwest of Genoa. If it were to have eyes, the coupé would have been casting bold glances around its church square and few shops wondering, as were we, “Where was everyone? Were we in the right 18th-century Italian hamlet?”

In the Ligurian countryside, there were quite a few paths from which to choose, or, as we feared,  inadvertently wind up on, leading us way off course. Like all “visitors”, we did not want to do anything wrong. Yet, even with no one to be found in the streets, in any of the forlorn appearing shops, and the darkened businesses seemingly abandoned, we had that feeling of being watched. Bashful, we and our little car, stopped at a signpost full of markers, like a multi-fingered hand, with each blue digit route marker pointing its own way and distance.

Keep Going, it seemed to whisper.

Don’t Yet Turn, it beckoned.

Then, a text came through the mapping on our phones, jolting us forward into action. We sauntered out of the village and made our way up the hillside of curves and turns, climbing higher and higher into the mountains until we reached what appeared to be the ultimate dead end: a garage door with 13 ominously painted upon it. Nothing more than a pebbled path ran alongside it. We stopped again.

Cautiously, we inched forward and saw the road actually continued going higher toward the clouds. Both car and passengers took deep breaths and held our sides in, then maneuvered a hairpin turn in the truest sense of the word.

Watch Out For Goats, we learned on our own from observing.

As if on cue, a few goats soon meandered in front of us after we cautiously passed another turn. We paused as they moseyed and munched their way along, soon joined by the rest of their goat gang and herders, human and canine. Clearly, we were the visitors in this crew’s estimations―time and goat wait for no one.

Then, as with all journeys, we were there. But where, what precisely was our destination?

Our friends, who had been tracking our progress, had already opened the gates to Villa Barca as a welcome. Across the gravel drive, an orange stucco house built successively over several centuries, with multi-level gardens and sweeping terraces and patios awaited us. On a table, binoculars and its owner’s cell phone confirmed: we were, indeed, being watched; our automotive hesitancies as we made our way was the lunchtime entertainment. Away from the hurly-burly of corporate life, and, yes, the deadlines that follow every writer, to what would be our home for the next two weeks.

And so we were to find and fall in love with the rhythm of what I’m sure some marketer would term as the villa lifestyle. For us, it was a respite to do absolutely nothing at all if we wanted  to.  Our hosts had retired from owning a popular and highly successful bed-and-breakfast in a prominent r Northeastern resort town. They, then opened Villa Barca their Italian venture, on something of a referral-only basis to  truly just friends and family gleaned from their previous venture.

Each day began with not one, but two roosters in chorus. Perhaps the younger of the two was first, then echoed minutes later by one likely of a certain age, proclaiming his was still the valley’s morning call to wake. Maybe we’d follow their twin advice to face the day with them. Well, perhaps tomorrow. What followed after a light breakfast was the difficult choices of whether to soak up the sun on the terrace, or venture to the beaches thirty minutes away in Alassio or Cervo. Maybe even help in the many gardens the owners planted to make the villa as sustainable as possible and save a trip back down the hillside to the not-nearby grocery store?  We opted to view the agricultural activity from a potting shed, turned into a breeze-cooled sitting room. The only thing we absolutely were  not to do was disturb the ghost of a prior owner whose remains and impressive marble bust resided in the villa’s very own chapel. Yes, we could handle that.

Affable dogs, both world travelers in their own right, one being rescued from a stray pack on the island of La Reunion, were our only distractions when reading the pile of books we had lugged across the globe. The dogs were just as likely to join us under our chairs in the potting shed to cool off. The villa cat, who greeted us upon arrival, slept outside our door, keeping her own company,  never really venturing too far from the center courtyard of the villa. She and we knew that doing nothing never felt so good.

Nothing except eat. Would a trip to Italy be complete without food? When we roused ourselves from watching lettuce grow…and the odd thousands of tomatoes…, or finally finished that book, we ventured to the towns of Albenga and Allasio. It was deep in the heart of  old town, the center of Albenga where we stumbled onto the treehouse-like restaurant of La Cantina di Re Carciofo. Technically, this is a small plates establishment, but, what small plates. Prosciutto, rich local cheeses of every description and the truffles, the kind you can smell two tables away, were so earthy fresh. Then, there’s the saber. In one fell stroke, the saber decapitates the bottle of prosecco, cleanly, with nary a drop spilled in a movie-worthy scene. Then the saber is put under lock and key…just in case you’d like to try it for yourself. Every bottle of prosecco is opened by not a server, but by the patron himself with elaborate twists of the wrists and tentative cork pops.. That same proprietor wields as well an industrial-sized pipette to extract the last of the locally-made gigantic size bottles of grappa.

An ideal day in Liguria perhaps would begin with a trip to the beach and a chaise in a bagni (beach club), complete with sumptuous towels, changing rooms, and showers. If you want to go to the beach, it may be the only option to pay the fees charged by these many places that dot the boardwalks. The public beaches, when you can find them, seem no bigger that the few beach towels that inevitably will already be there.

You’re doing something wrong in Italy if you don’t eat well. One place we found to eat and rest with our newly acquired sun tans was Clapsy, a casual dining experience on the Alassio coast. But don’t think too casual. Change into something smart at your bagni, if you want to join the crowd. Then dine on the perfect pulpo con patatei and tonno.

If it is to be a big evening, perhaps because it’s a special occasion, or just a Wednesday, do dress for Ristorante La Prua. Placed on the boardwalk, we asked for a table overlooking the beach here at the Hotel Savoia’s signature restaurant. We wondered which yacht belonged to the Russian-speaking gent holding voluble court at the next table, wearing head-to-toe Stefano Ricci. But the food captivated our attention even more: branzino cooked the best way, simply.

The night of La Prua marked our last before the much-dreaded return home. On the terrace of La Barca it was easy to reflect on the need we all have to disconnect from our daily world of constant activity. But not from that reality highlighted with visits to good friends in a welcoming environment and the villa dogs wanting to play another game of catch well into the night. We say ciao to Italy until the next visit, which we are already planning.