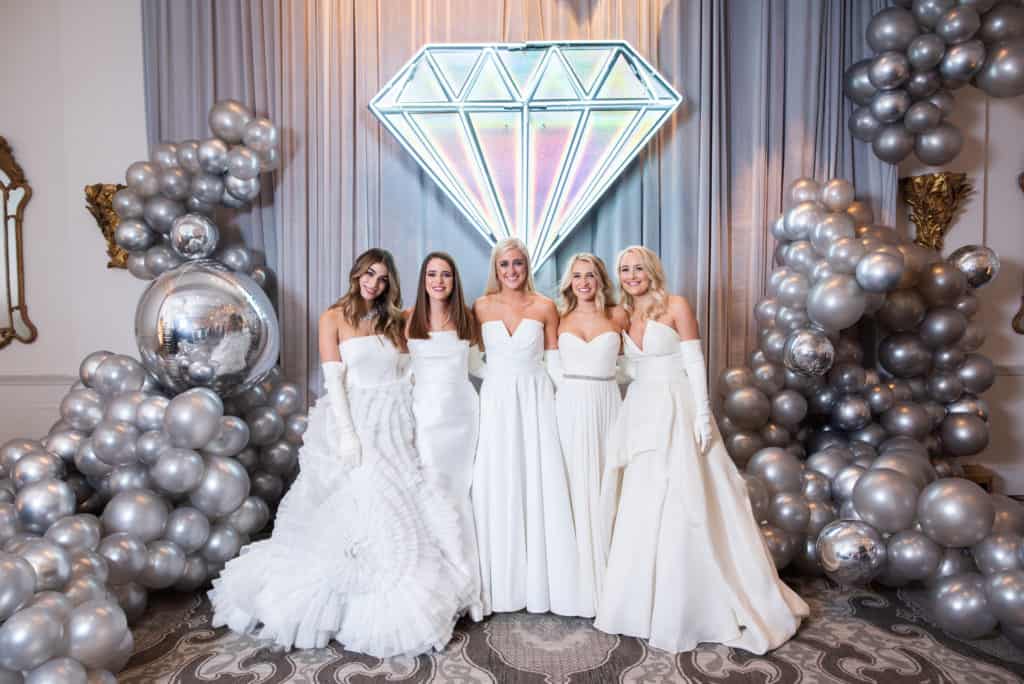 THE STYLE: The invitation that arrived set the tone as the theme was brought to life through a series of spectacular moments using creative designs, lovely linens and fabulous finishes at the venue. The theme was inspired by Jewels, a three-act ballet created for the New York City Ballet choreographed by George Balanchine. After visiting legendary jewelers Van Cleef and Arpels as research, Balanchine selected the three most precious stones: emeralds, rubies and diamonds for his three acts, all the colors that were woven into the evening’s décor. In fact, each room at the event was uniquely resplendent in the vibrantly jeweled colors.

Cloche Designs, founded by event industry veterans Laura Nell Burton and Christin Gish, designed and executed every aspect of the ball to its last detail. The duo created a series of spectacular moments brought to life by their team of best-in-class vendors from all over Texas and beyond including floral design, balloons by Botanical No. 9 and entertainment by Taylor Pace Orchestra.

THE PURPOSE: Steeped in tradition, the San Antonio German Club was formed in 1880. Each year since its inception, the organization has presented its debutantes during San Antonio’s social season.