LET THERE BE CHAMPAGNE

“Too much of anything is bad, but too much champagne is just right,” Mark Twain said, who might have enjoyed seeing the celebration of German Club debutantes Caroline Hollis Herbold and Christine Alexandra Young (in their gowns from Carolina Herrera from Julian Gold Bridal). The two debutantes met as toddlers and remained close through their years at Cambridge, Alamo Heights Junior School, and Alamo Heights High School. Although Caroline attends the University of Texas and Christine attends Northern Arizona University, they have remained friends even though a thousand miles apart.

The honorees parents, Terri and Scott Herbold, and Melinda and Blair Young, wanted to make it all about the girls for the evening since they are both the only daughters in their families, each nestled in age between two brothers. Setting the stage were custom invitations, created by Claire Reynolds Stationer, to incorporate the St. Anthony Hotel venue’s beautiful green carpet in the hotel’s Peacock Alley area.

As guests entered the historic hotel, they were met with giant images of Caroline and Christine, created by Signs By Tomorrow, that were perched atop champagne flutes overflowing with champagne bubbles, while butler-served champagne greeted guests and delicious hors-d’oeuvres were passed. On the way to the dance floor, one of the party rooms was transformed into a hot pink champagne blending bar offering signature drinks, The Christini and The Sweet Caroline, along with a variety of mixings for any champagne palette.

To kick off the fete in style, Caroline and Christine used personally engraved, custom-made sabers gifted to them by Tiffany and Todd Mills, to spew champagne over the crowd as the official start of the night. Then, the friends and family guests danced the night away to the sounds of Finding Friday and noshed on Chef  Tracy Byrd’s  delicious creations. Guiding the party along the way were newcomers to the event scene, Moonbird Events, as well as the hotel’s Roxanne Day. 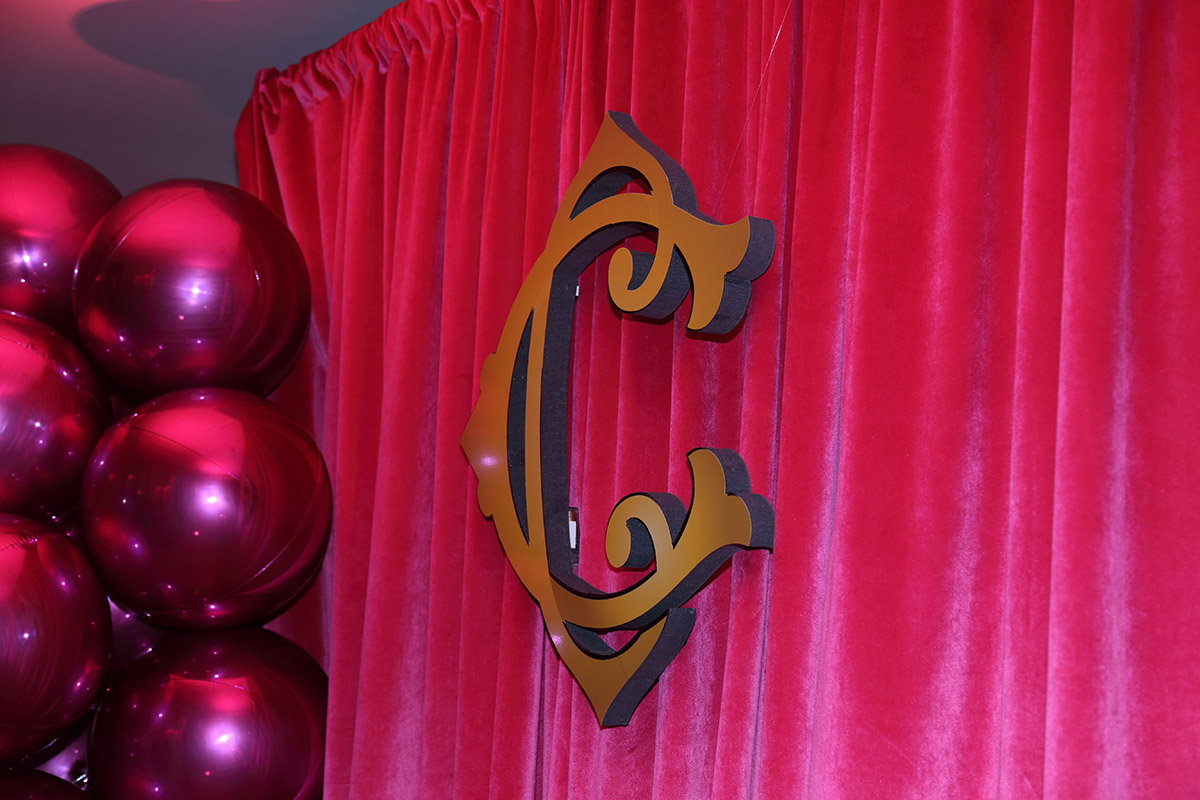 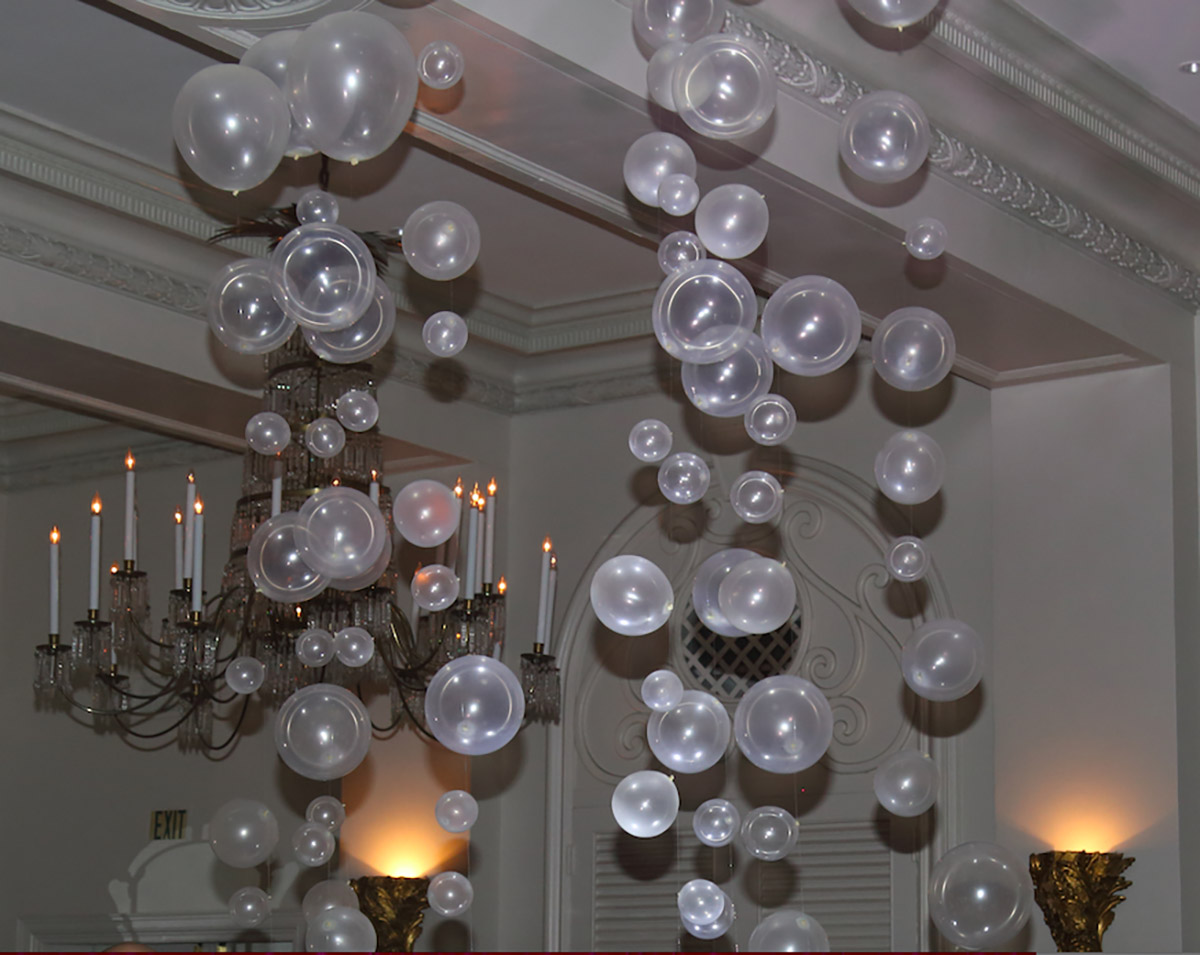 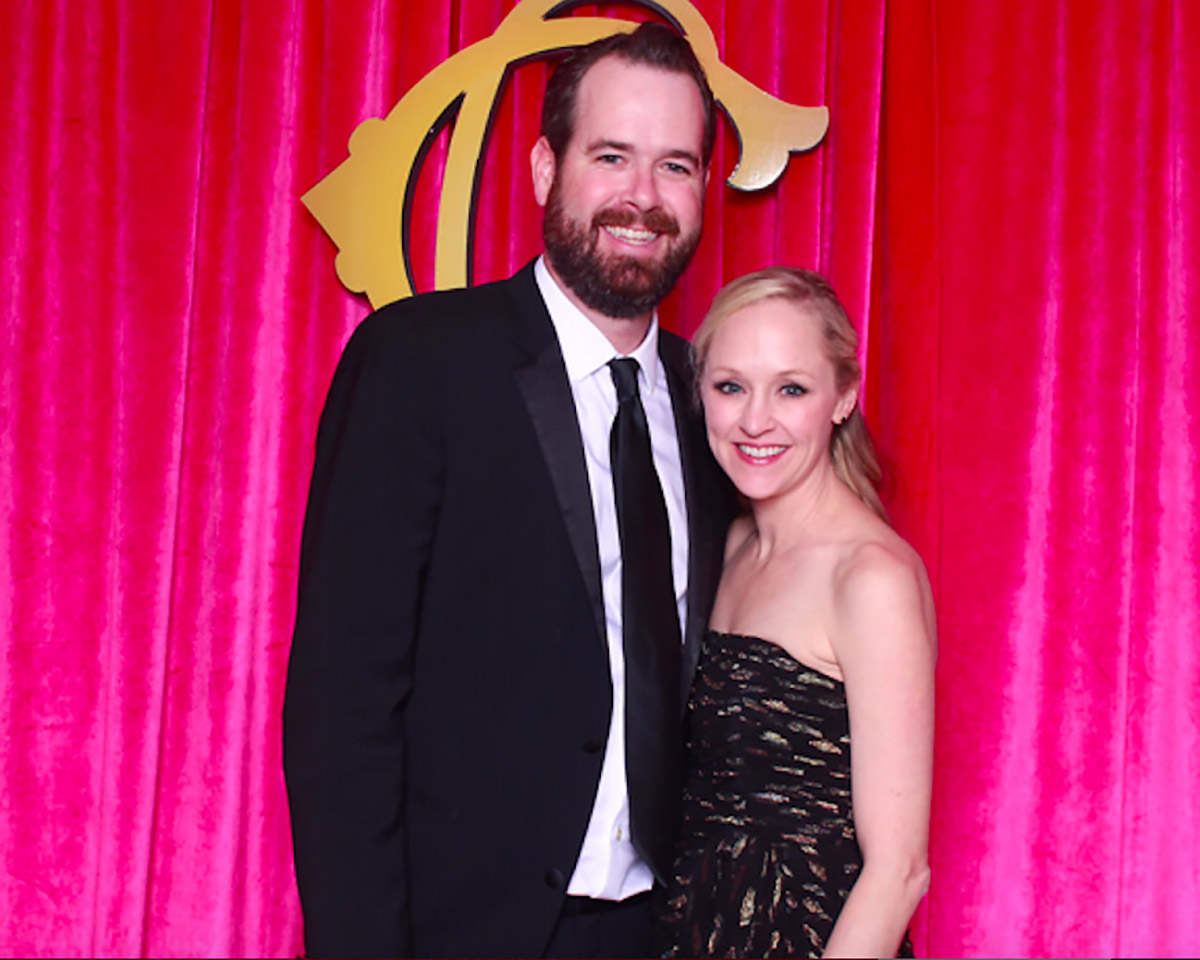 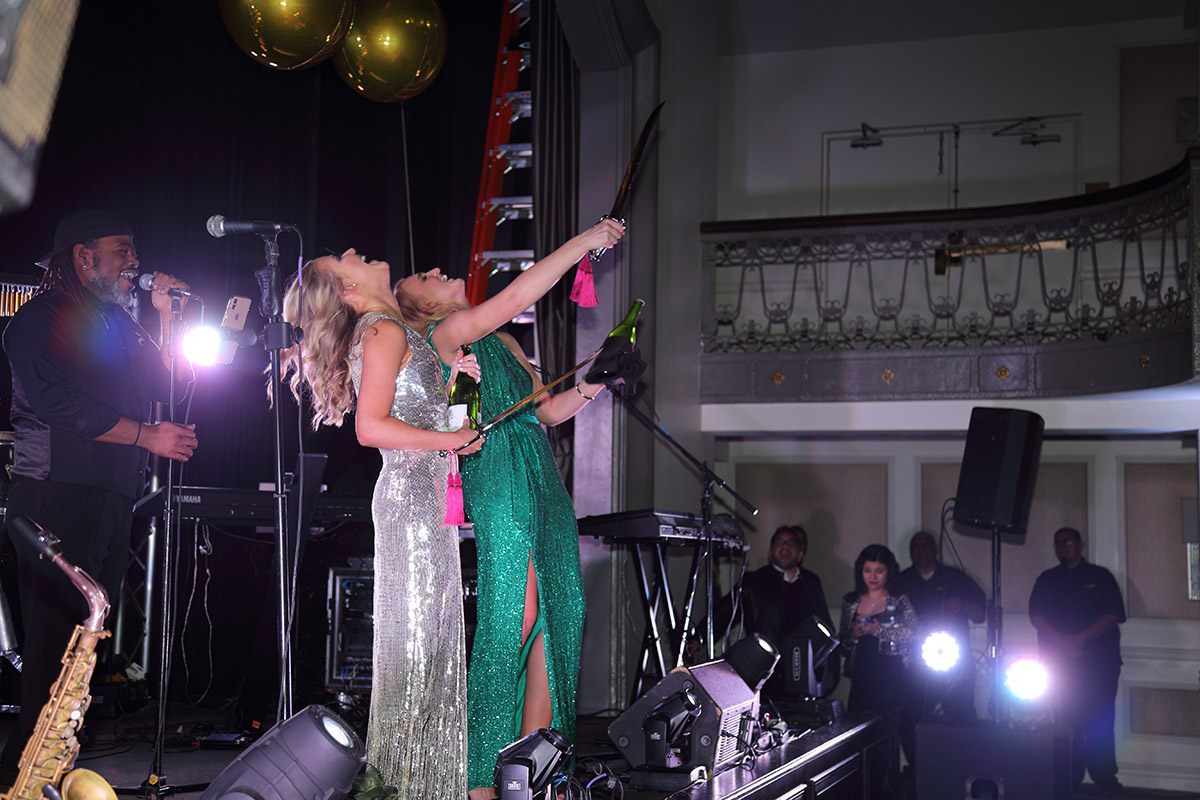 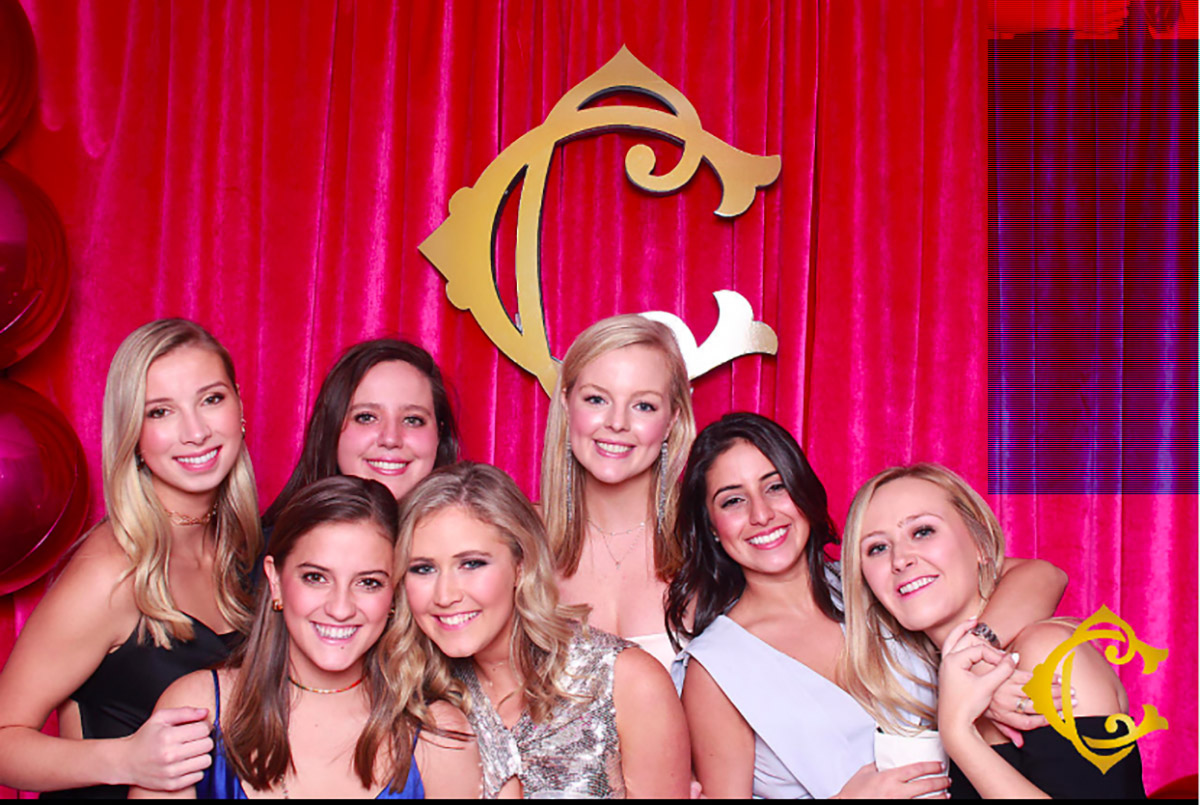 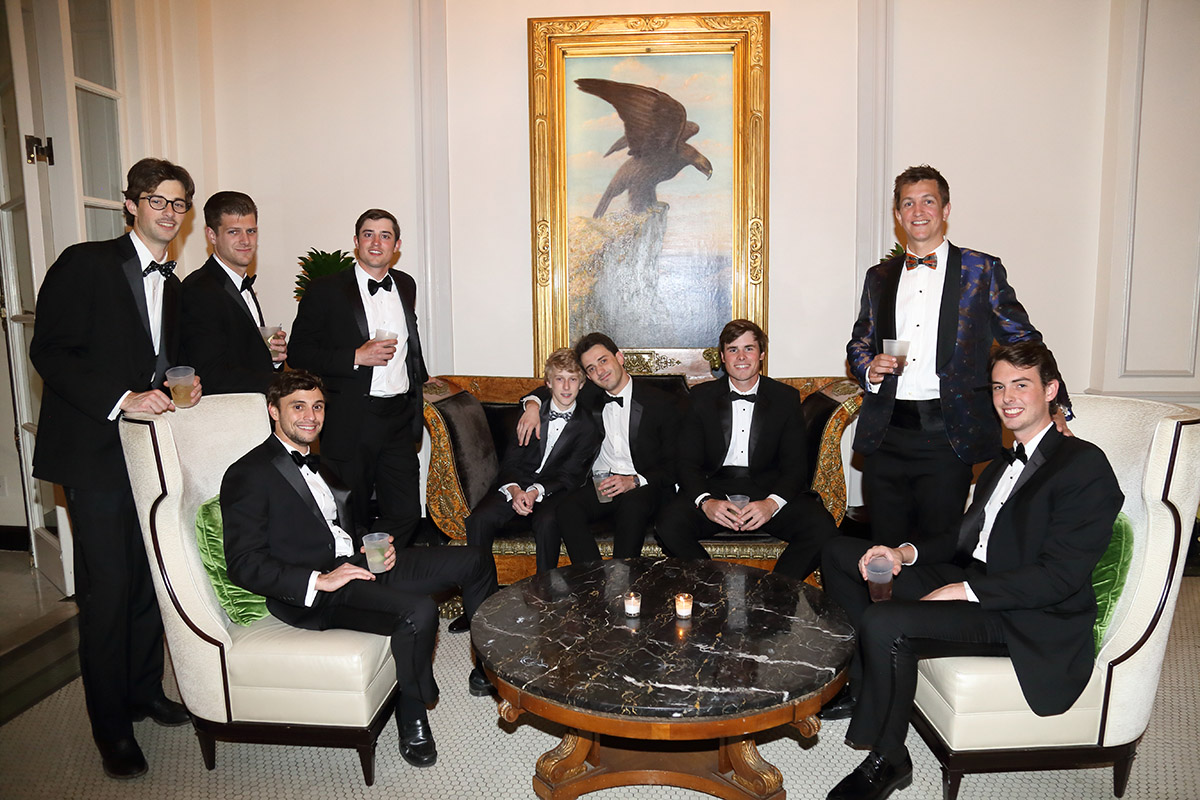 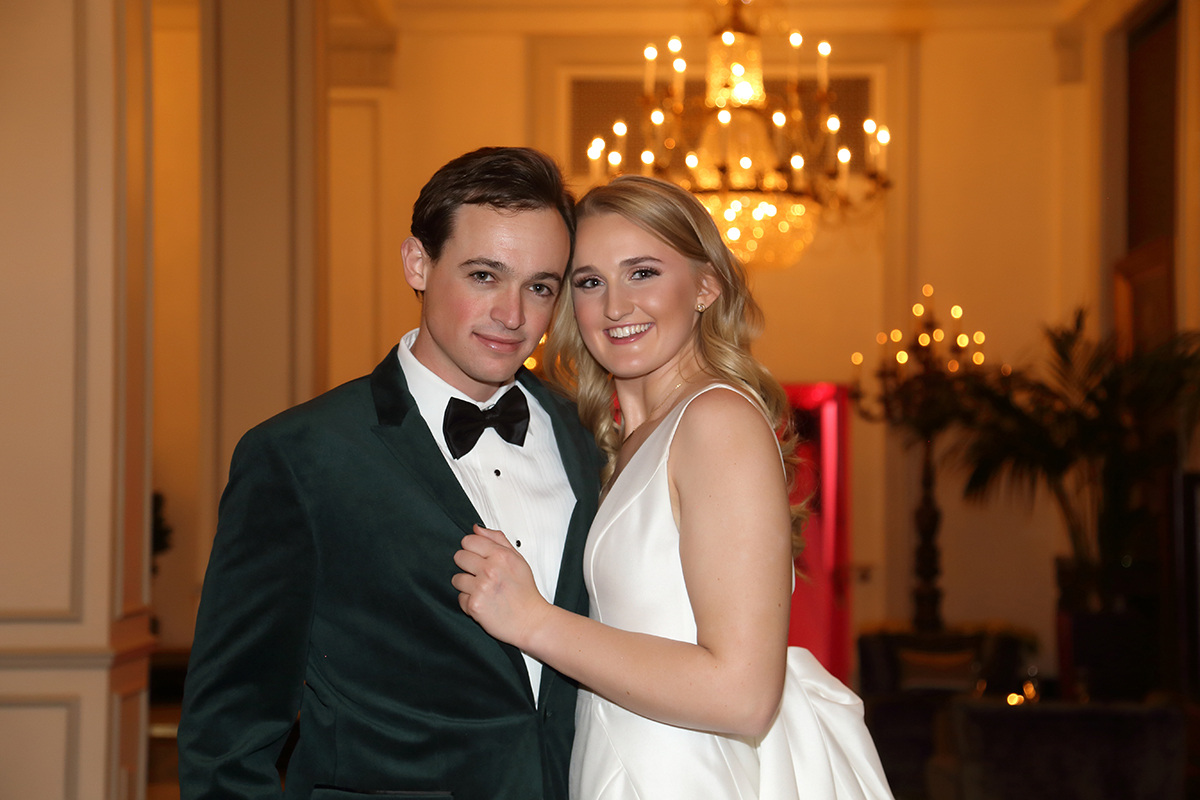 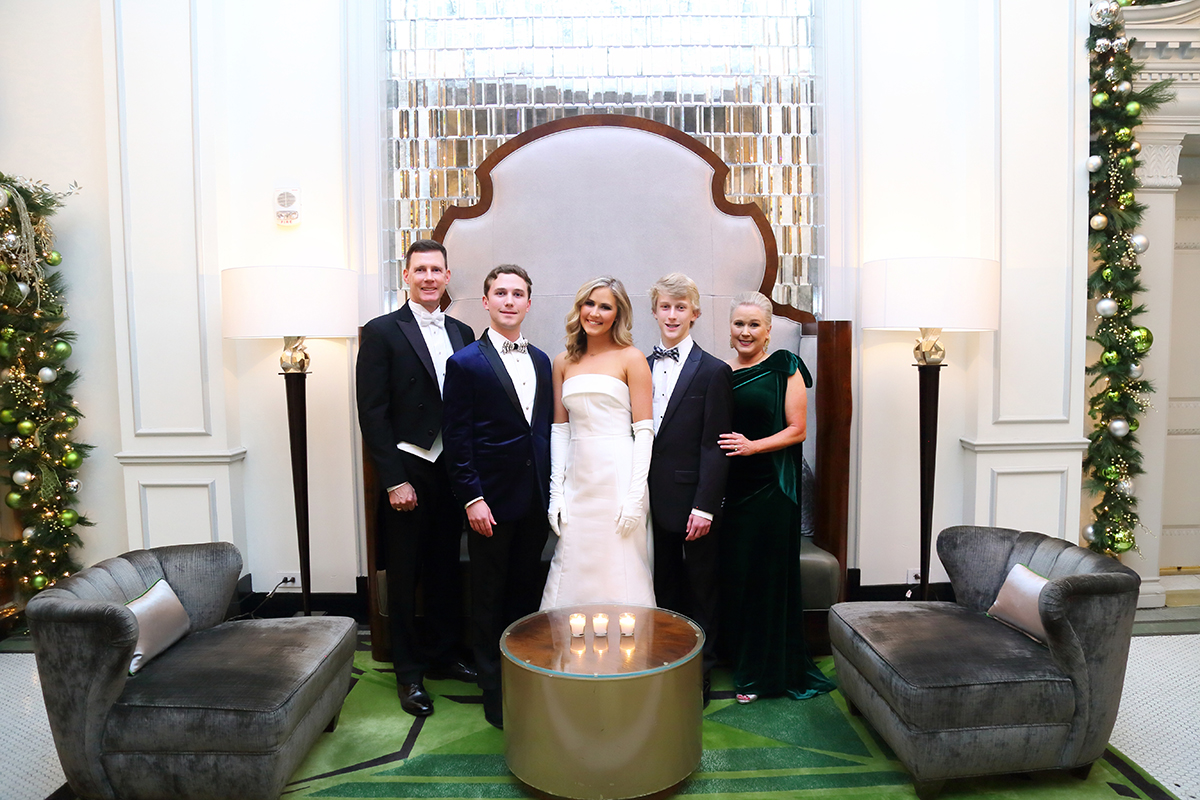 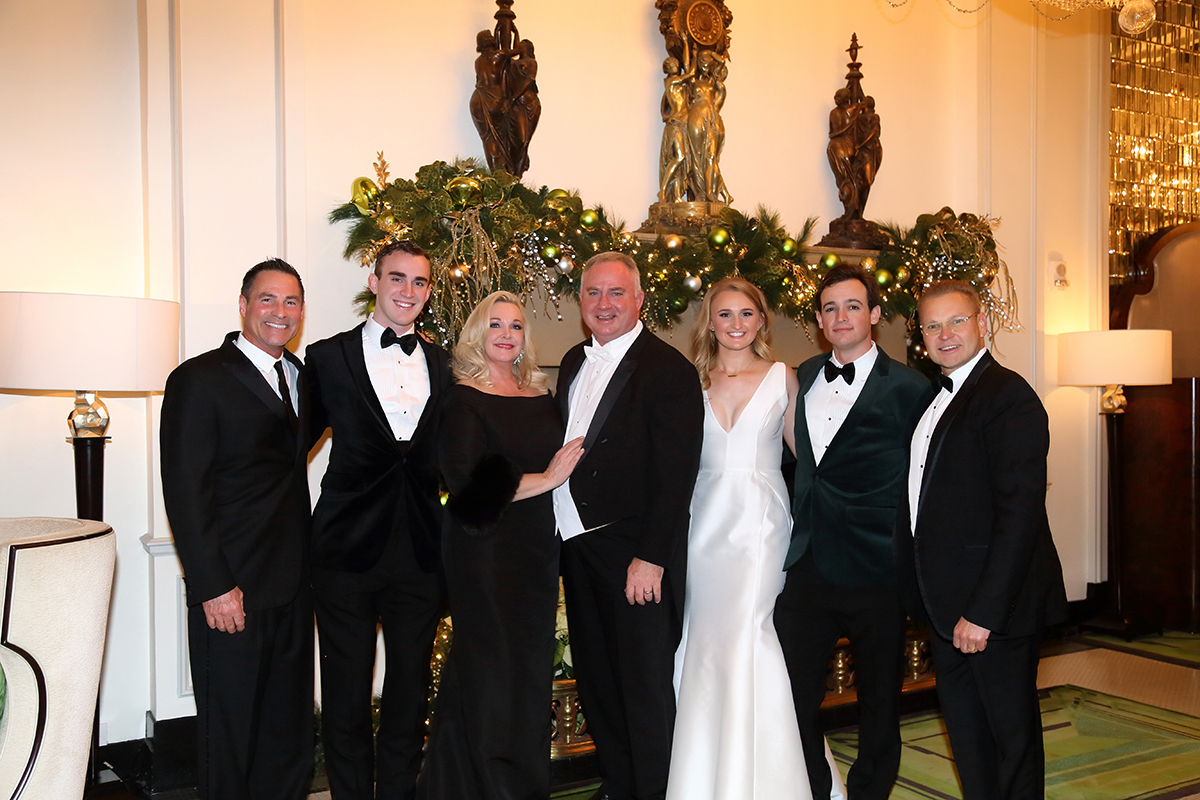 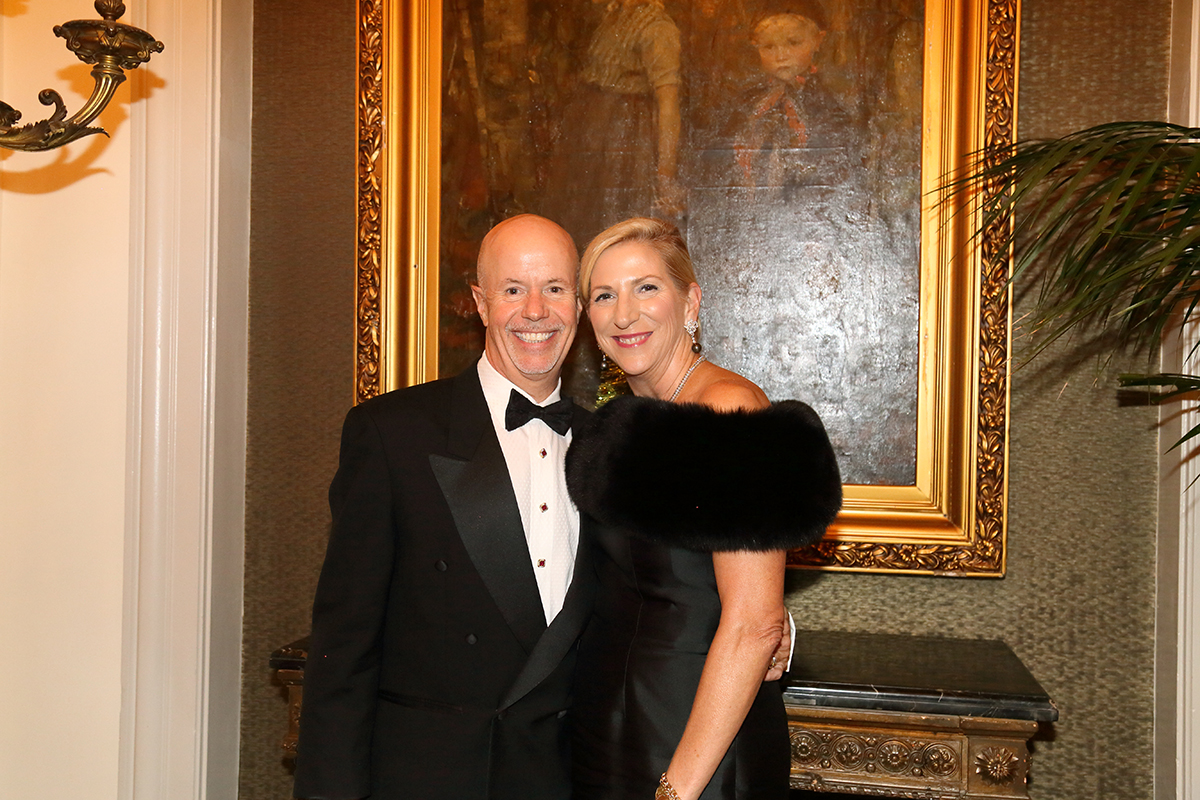 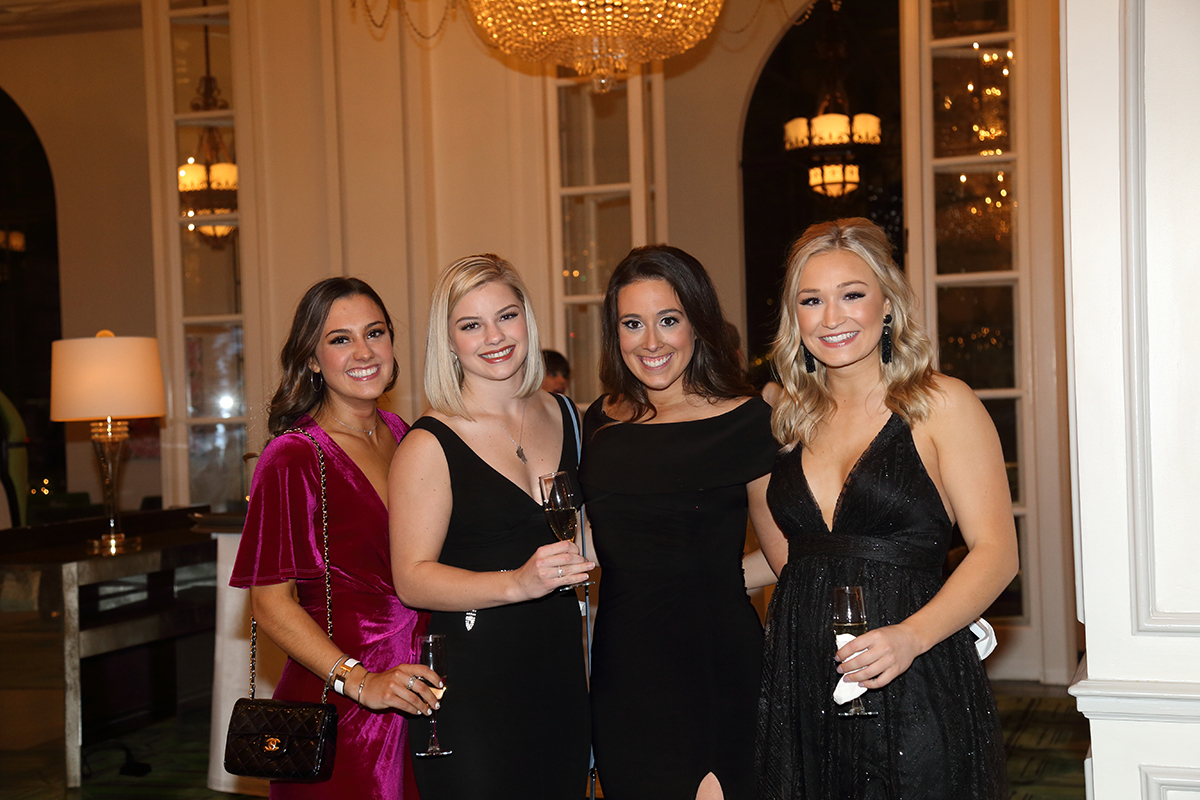