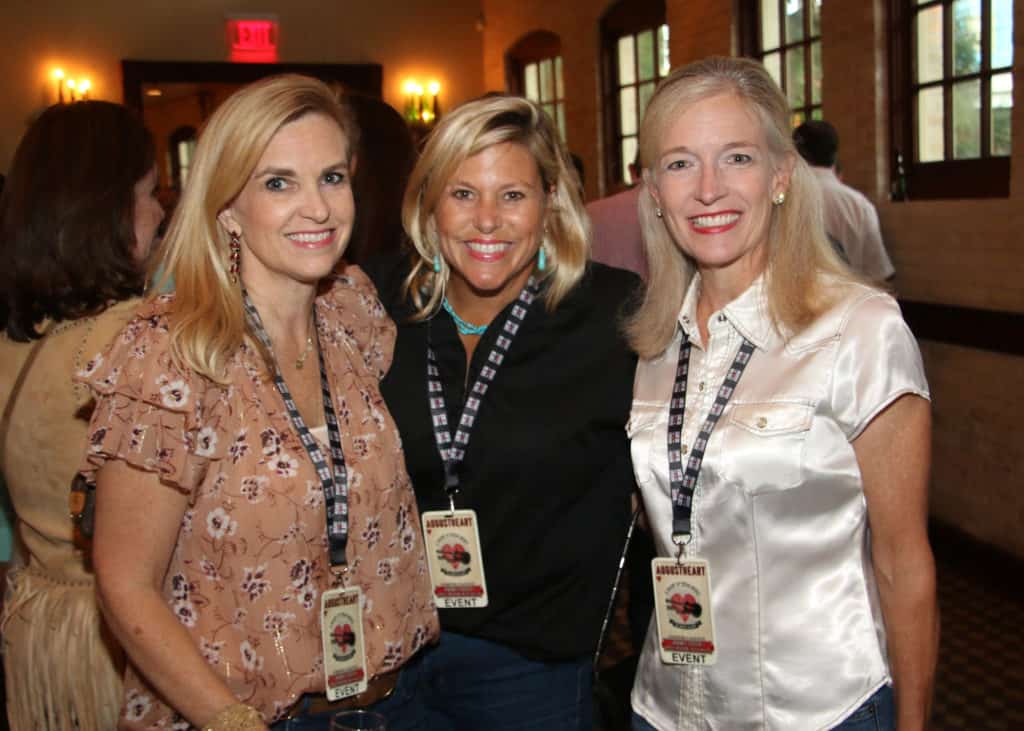 THE SETTING: The Pearl Stable was the setting for the ninth annual AugustHeart fall gala with the theme of A Night of Texas Music to Save a Life. The evening began with open bar libations and fabulous food stations catered by Don Strange of Texas. A host of live auction items tempted the guests  such as suite game tickets to a San Antonio Spurs game, a four-night romantic get-away to the Rosewood Mayakoba in Playa del Carmen, Mexico, and an autographed guitar by Radney Foster, Bruce Robison, and Kelly Willis.

THE STYLE: The evening full of song featured Gabe Garcia, a singer songwriter from Lytle, Texas who competed on NBC’s Nashville Star. Then, Radney Foster and friends, featuring Bruce Robison and Kelly Willis, with special guest William Beckmann, took to the stage for more entertainment. Radney, an American country music singer-songwriter, musician and music producer has been telling stories for over 35 years. In fact, his songs have reached over 50 million people, through his own hits and those he’s written for others. Bruce Robison and Kelly Willis are each renowned for crafting some of the most enduring music on the vast country and Americana landscape.

THE PURPOSE: Bart Koontz serves as the organization’s president, J. Lance Lahourcade serves as its vice president and Travis B. Gilbert, Jr. is the secretary and treasurer. The mission of AugustHeart is to provide free heart screenings to teenagers to identify selected heart abnormalities in an effort to reduce the risk of sudden cardiac death.