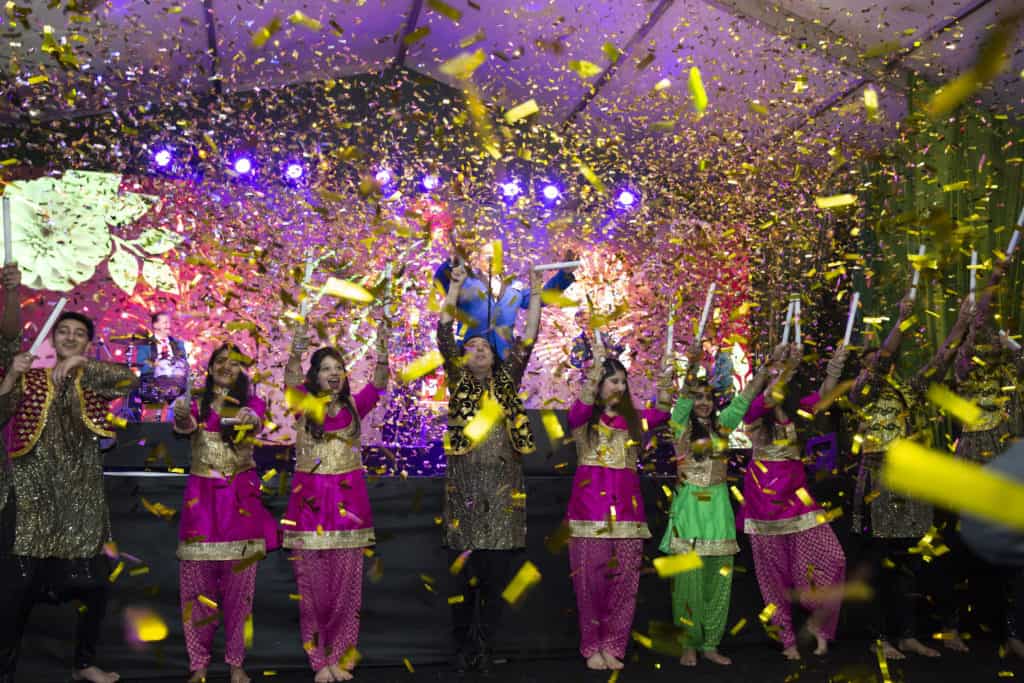 THE SETTING: The evening began with cocktails under the oaks along the park’s Brown Foundation Promenade. Guests enjoyed performances by silk aerialists, Flamenco fusion music by Amin Safari and Robert Feliciano, and the glow of GUST, an interactive site-specific artwork by Mexico City-based design studio Cocolab consisting of nearly 2,000 custom-made pinwheels. While guests enjoyed a dinner
catered by City Kitchen, the Discovery Green Conservancy showed a series of videos that celebrated the park and its impact over the past 10 years in three acts: Heritage—From Parking Lot to Paradise, Family—The Heart of Discovery Green and Community—The Promise of Discovery Green.

THE STYLE: After emcee Dominique Sachse welcomed guests to the gala tent on Discovery Green’s Jones Lawn, Board Chair Roxann Neumann, along with event chairs Zane and Brady Carruth, recognized the individuals, corporations and foundations who have supported the park since its opening in April 2008, and announced plans for improvements on the eve of its next decade, including a new playground, a new northwest corner and updated lighting throughout the park.
The black-tie evening also recreated some of the experiences that park visitors have come to love, including performances by DB Duo, a Houston-based hand-balancing act; Two Star Symphony, a local ensemble performing all original compositions; NAACH Houston, a multigenerational, community-based Bollywood dance company; Archie Bell, who performed at Discovery Green’s opening gala ten years ago, and The Allen Oldies Band. The night concluded with dancing to Bombón, a DJ collaboration between Houston DJs Gracie Chavez, Navó, OG Bobby Trill and Principe Q with percussionist Ilya Janos and La Comadre Mel on hand for the festivities.

THE PURPOSE: Over 400 guests raised $1.2 million dollars for the Discovery Green Conservancy, a  501(c)(3) that maintains the park and funds more than 700 free public events each year.