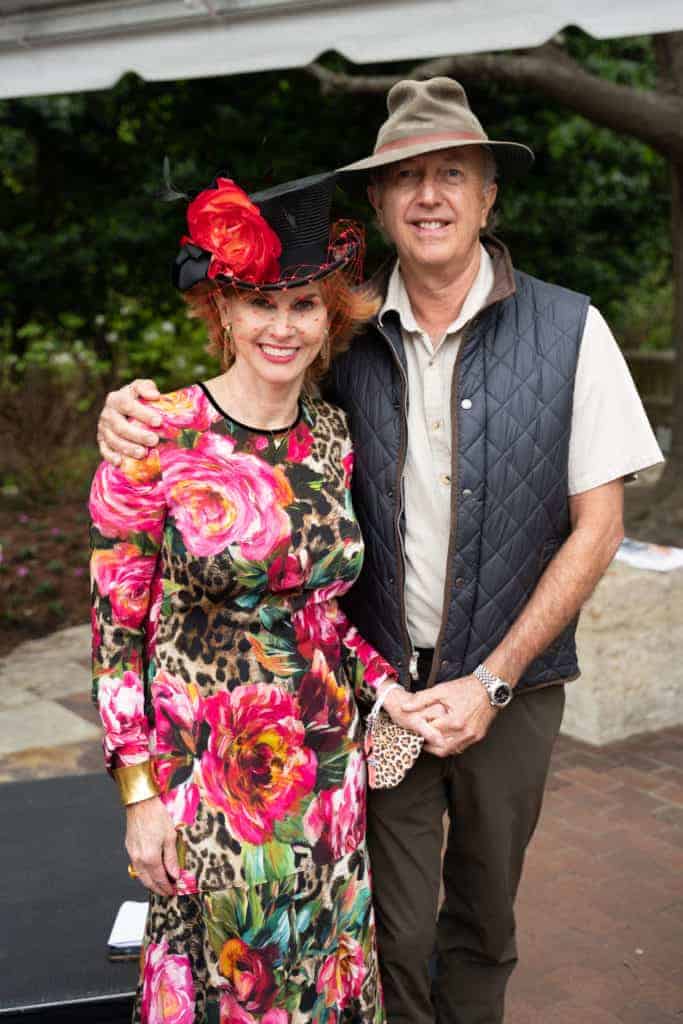 FROM AFRICA WITH LOVE

By Cynthia Smoot       Photography by Danny Campbell and Rob Wythe

THE SETTING: The Women’s Council of Dallas recently celebrated the spring season and A Woman’s Garden with a sold-out crowd at the 33rd Annual Mad Hatter’s Tea, among the glorious floral displays at the Dallas Arboretum and Botanical Garden. This year’s theme was Out of Africa Into The Garden.

THE STYLE: Guests, WITH PANDEMCE with pandemic protocol in place, donned in their finery and plenty an enviable chapeau, enjoyed a champagne reception in the Scott K. Ginsburg Family Plaza. They paraded before the hat judges on the green carpet walkway, vying for the coveted prizes. Once the program began, winners were bestowed awards in various categories. A lovely, seated afternoon tea followed on the Plaza featuring a spring fashion promenade expertly produced by Jan Strimple with fashions from Tootsies.