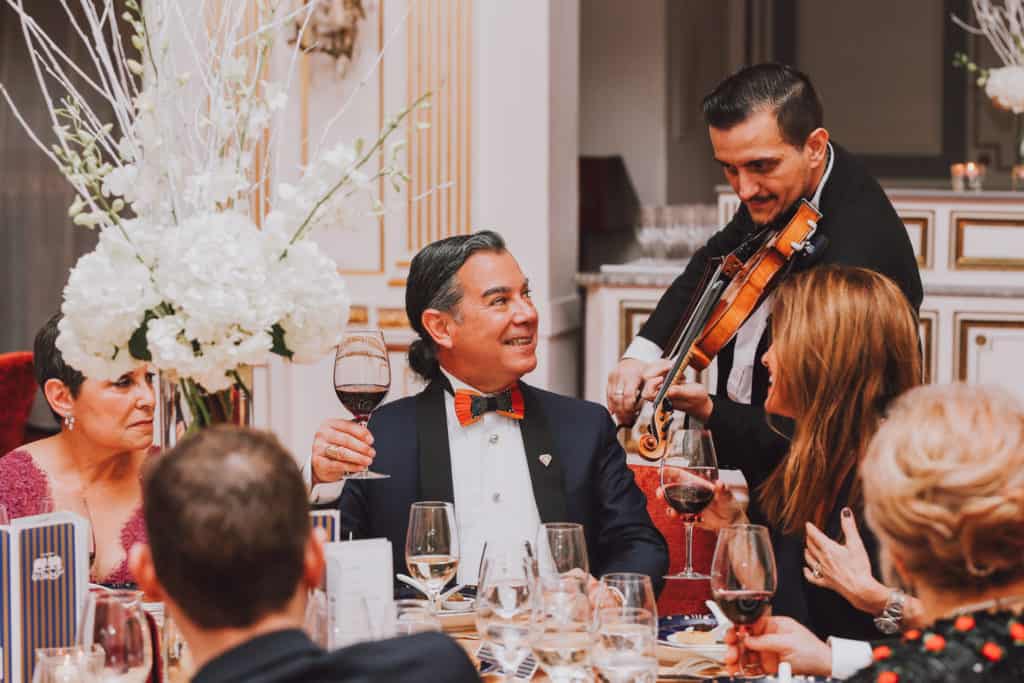 THE SETTING: Budapest, Hungary was the setting for a recent epic birthday weekend celebrating Epitacio R. Resendez. Titled, Forever Fifty, the fifty-five people from around the world who made their way to the Pearl of the Danube were treated to a series of five-star festivities throughout the enchanting city.

THE STYLE: The weekend began at the Budapest apartment of Resendez, who purchased the residence after falling in love with the city on a trip to Europe eight years ago. The guests, donned in their finest cocktail attire, were greeted by the guest of honor, who stood atop a candle lit staircase where partygoers sipped champagne and sampled morsels by Nobu while pianist Csaba Novak performed for the adoring crowd.

The next evening the festivities moved to The Queen Elisabeth &amp; Andrássy ballroom at the Gundel Etterem, a world-renowned restaurant which has hosted Pope John Paul II and Queen Elizabeth over the years. The black-tie clad revelers were treated to a lavish dinner while being serenaded by musician Gyula Horváth.

Once dinner was completed, the doors of the salon were opened to reveal a dance floor and DJ where revelers partied the night away. The weekend concluded at the residence of Mexico’s Ambassador to Hungary Hon. David Nájera for a brunch and farewell toast to Resendez, perfectly capping off a weekend that those on hand will long remember.