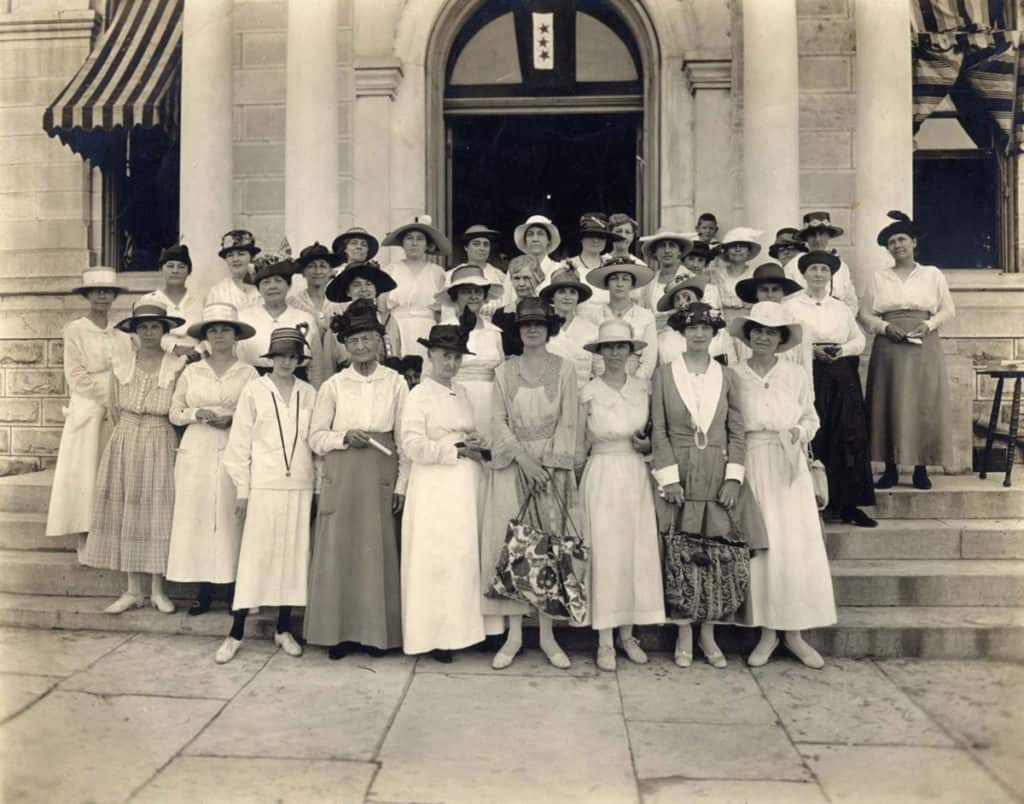 There has never been a more perfect time for people to assert their rights. But, to understand more, we must go back to the time of the Women’s Suffrage Movement, one hundred years ago. Today, the opportunities loom large, according to our ardent women’s history devotee Mary HERR Tally, as we celebrate her new digital platform, ATX Celebrates Women’s Suffrage, according to her longtime pal, Lance Avery Morgan.

Mary Herr Tally: You know that I’m a die-hard feminist, starting as soon as I could forge a strong opinion, which was probably around age 8—so celebrating our original feminists on the 100th Anniversary of the 19th Amendment has been the most fun, empowering, and rewarding project I’ve worked on in years.

I certainly didn’t anticipate creating this awareness campaign. However, when calling around to media friends, I found that except for a history exhibit, there were no meaningful events planned in Austin to celebrate the single most transformational event benefiting women in U.S. history. So working with friends Lynn Yeldell of Seventh Scout Austin for the logo design and Shelby Chapman on the website, we created a platform that encompasses the intersectionality of the women’s suffrage movement. The focus of ATX Celebrates Women’s Suffrage is to share the complex, diverse, and controversial journey that we were not taught in history class as students.

LAM: What women, in your own family and beyond, have inspired you, and why? What does their legacy mean to you?

MHT: I admire strong, outspoken women who aren’t afraid to use their voice, even if it trembles. I was so lucky to have a mother and older sister who were as intelligent as they were outspoken, while also being involved in their communities. It’s empowering to grow up in that environment.

Outside my family, I’ve always been fascinated by, and admired, the reluctant she-ro, Katherine Graham. She was educated and groomed to be a wife and mother but ended up the most powerful woman in the U.S., and possibly the world, during her time as publisher of The Washington Post.

Anita Hill is another reluctant she-ro. Her testimony during the confirmation hearings of Clarence Thomas in 1991 was excruciating to watch, but she was so dignified and calm. I had some private time with her in the spring of 2019, and we talked about her testimony and how she was my touchstone during my own sexual harassment lawsuit in Federal Court in 1994—and looking back, we wondered “who were those young women facing down those old dinosaurs?”

LAM: When you think of women during the suffrage period, with whom do you most identify and why?

MHT: I absolutely love Alice Paul, the youngest suffrage leader, and the most spirited and educated. She founded the National Woman’s Party, which was considered militant because they marched and protested—scandalous for a woman. But it’s important to note that Paul’s group never exhibited any violence, even when they were attacked, or even spoke when they picketed, which is why they were called the Silent Sentinels.

Paul organized the Women’s Suffrage Parade in 1913, which was the first march in D.C. It’s exciting to consider that over 5,000 women traveled from every state to march the day before President Wilson’s inauguration. Paul’s tactics were so successful that they were the framework for the 1960s Civil Rights and 1970s Equal Rights Amendment marches. If you were to ask me what single event in history I’d love to have attended, it would be the 1913 Suffrage March in D.C.—not the Black & White Ball in 1966 for Graham, nor the Rothschild Surrealist Ball in 1972. The women who marched in D.C. in 1913 were so proud of it that many noted it on their gravestones.

LAM: It’s incredible to see the amount of anti-suffrage information in your collection—including the Petticoat Rule. How do you think the non-facts it purported also reflect today’s political environment?

MHT: Unfortunately, the Petticoat Rule is still alive in many circles. Still, it’s my hope that with each election or change in corporate leadership, the Rule becomes less acceptable, and those who leave women out of the room will become less in number. Former SCOTUS Judge Ruth Bader Ginsberg’s quote, “until there are nine,” correctly reminds us that if it’s normal to have nine men on the Supreme Court, why not nine women? I see younger women in business or leadership positions now who are so empowered that I marvel at their natural self-confidence. The suffragists from the 19th and 20th centuries would absolutely be so proud of our young women today.

LAM: It’s important to note that there were more than a fair amount of men who supported the movement with the Men’s League For Women’s Suffrage. Did that surprise you, given that little attention has ever been given to that faction of the movement?

MHT: I was most surprised by the anti-suffragists, the women and men against women’s equal rights, but that’s another story. In Texas, our first ally was ardent supporter Governor William P. Hobby, who in 1919 helped Texas become the first state, in a very traditional south, to ratify the 19th Amendment. We should be proud of our state’s embracing equal rights for women so early in the game.

The Men’s League for Woman’s Suffrage in New York was key to the women’s movement, which started with 150 very influential men in business, the press, and politics and grew to thousands across the U.S. Elizabeth Cady Stanton, a key suffrage leader, considered their support a blessing for their presence and influence. The Suffragents by Brooke Krueger would be an interesting book for your readers, as is Gilded Suffragists by Johanna Newman, where many will recognize legendary women philanthropists Astor, Belmont, Rockefeller, Whitney, Tiffany, and Vanderbilt. They were important allies because they not only generously funded the suffrage movement but also used their power and style to make the women’s movement a fashionable cause. These powerful men and the wealthy socialites stepping out of their sphere as allies for women’s equality decidedly played a critical role in the journey towards the 19th Amendment.

LAM: That seems like a lesson for all of us in these times. There is something powerfully unique about a Texas woman. What do you think that common trait was then, during the movement, and now?

MHT: Texas women are the best. I’ve fallen in love with our leading suffragist, Minnie Fisher Cunningham, who was so focused on equal rights and social reform that her friend, Eleanor Roosevelt said that when in her presence ‘You had no right to be a slacker as a citizen…to not take an active part in what was happening in your country.’

Fisher Cunningham was relentlessly focused on her causes, and I see that with many of our current Texas women. We care and are willing to do the hard work—and receiving no for an answer is just an opportunity for a tenacious Texas woman to strategically re-frame her approach.