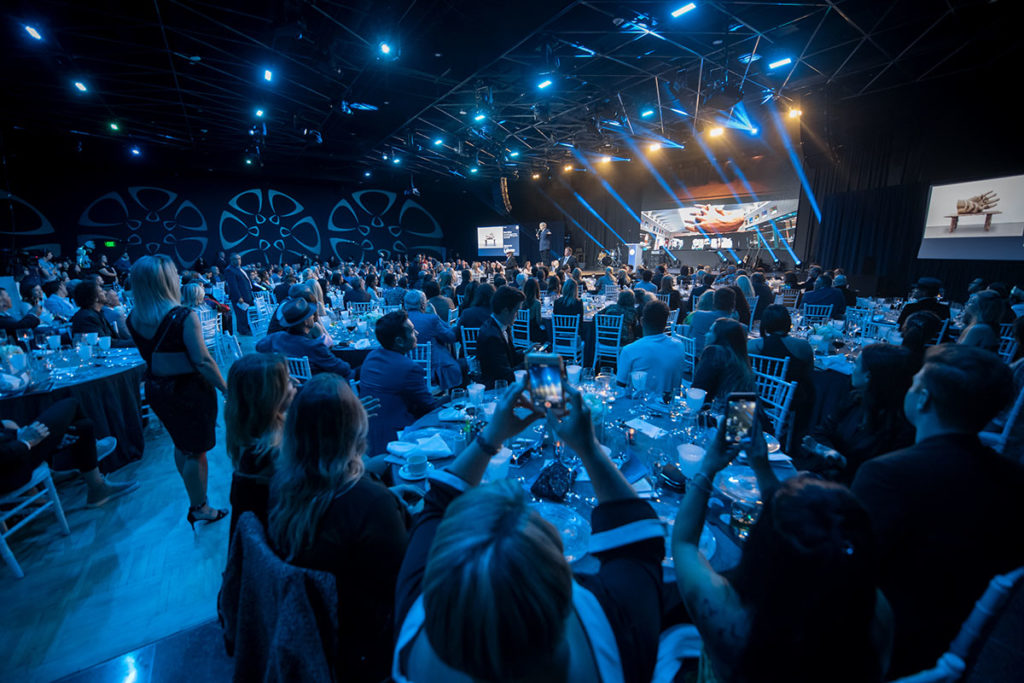 DOWN TO A FINE ART

By Rob Giardinelli          Photography by Bruno and Fort Lion Studio

THE SETTING: The Statler Hotel in Dallas was the setting for the eighth annual MTV RE:DEFINE Art Auction and Gala. Over 300 notable Sociables from Dallas, London and beyond were on hand for a fantastic evening of fun and fundraising.

THE STYLE: The evening began with cocktails where the rocker chic-attired crowd sipped cocktails while previewing 30 pieces of exemplary contemporary art and luxury experiences up for bid during the benefit auction. The action then moved into the ballroom for the evening’s program, which was emceed by MTV’s Rebecca Dudley.

Highlights of the program included a live-auction helmed by world-renowned auctioneer Simon de Pury, who presided over spirited bidding of many priceless works. Among the items up for bid were two works from Marc Quinn, who was also honored during the program for his long-standing support of MTV RE:DEFINE. The program was concluded with a show-stopping performance by superstar Rita Ora. The fun continued well past midnight as partygoers danced the night away at an after party to the tunes of internationally known DJ Aeroplane who was flown in specifically for the event by after party host Giorgio of Los Angeles, capping off a magical evening that those on hand will always remember.

THE PURPOSE: The event was co-hosted by Joyce Goss and Kenny Goss, chaired by Sami Abboud, with Jonny Burt and Joe Kennedy serving as art chairs and raised over $1.6 million dollars. Proceeds from the evening will go toward HIV prevention and education through the MTV Staying Alive Foundation as well as arts education and awareness through the Goss Michael Foundation. Since it’s founding in 2011, MTV: REDEFINE has raised over $14 million dollars for these causes.