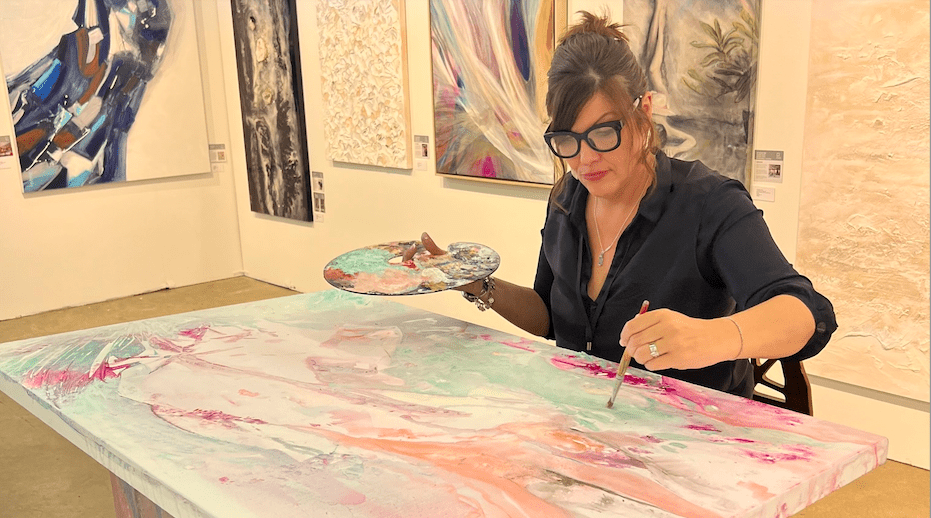 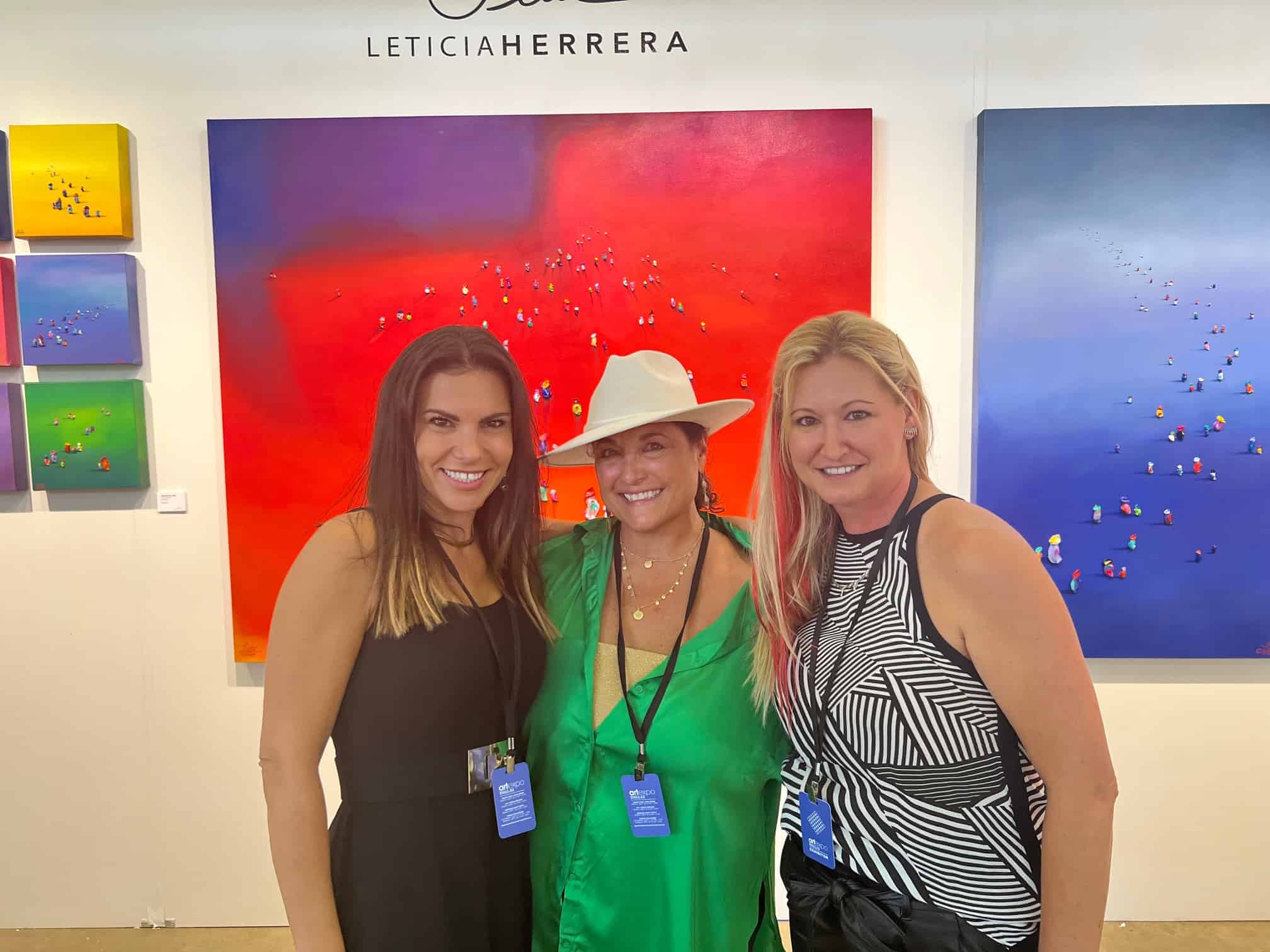 THE SETTING: Market Hall in the Dallas Design District was recently brimming with excitement and energy as vendors and artists gathered to kick-off the first annual WestEdge Design Fair and Artexpo Dallas. Drawing industry professionals and design enthusiasts from across the country, the opening preview showcased the best in luxury home design and art. Programming for WestEdge included seminars, book signings, and culinary demonstrations. ArtExpo Dallas, the world’s original art fair, brought more than one 150 artists, galleries, and publishers to the DFW metroplex to exhibit exceptional pieces. Among the abstracts and sculptures were several works featuring Queen Elizabeth, which had many guests reflecting on the late monarch’s influence on artistic expression. 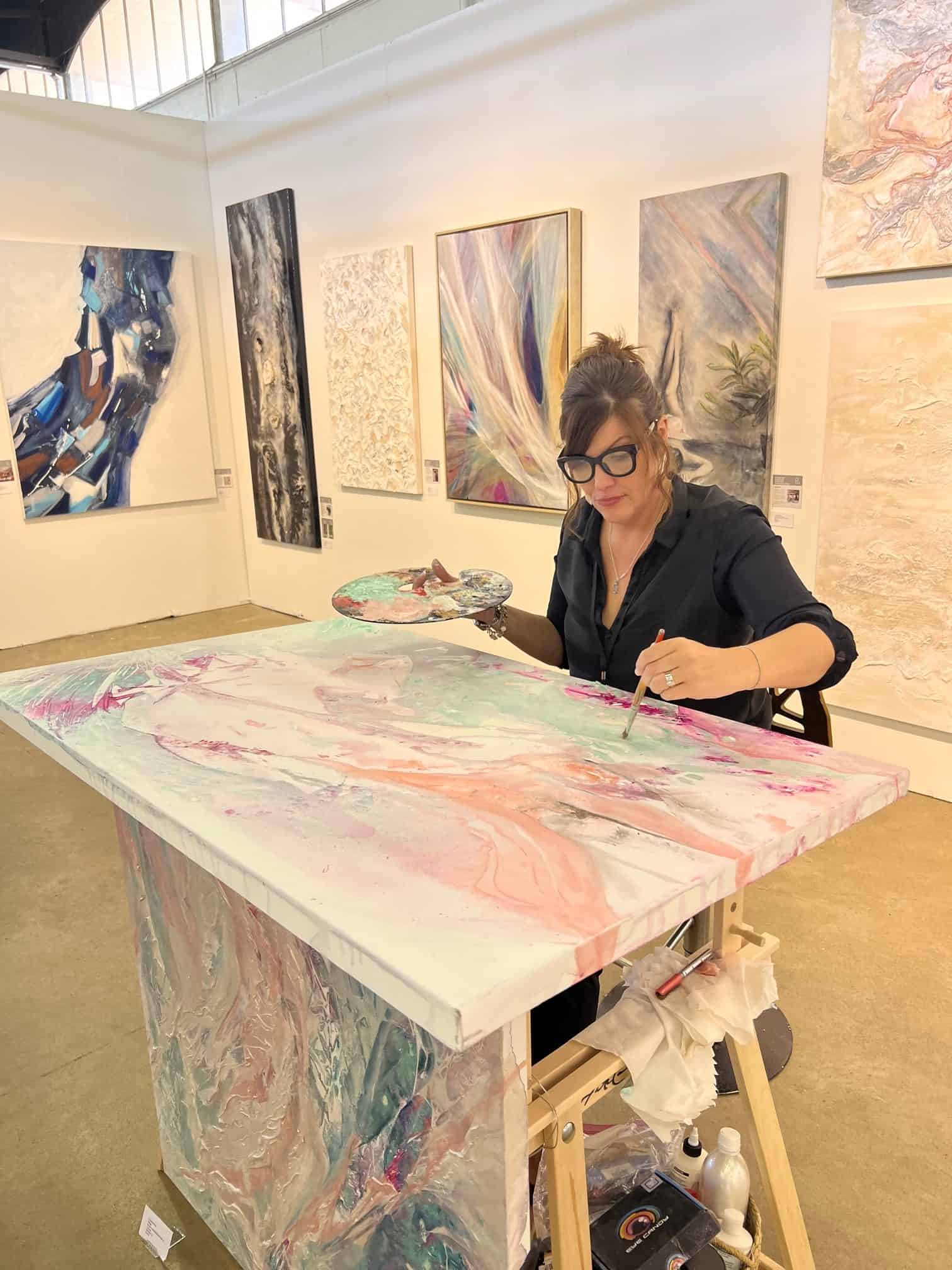 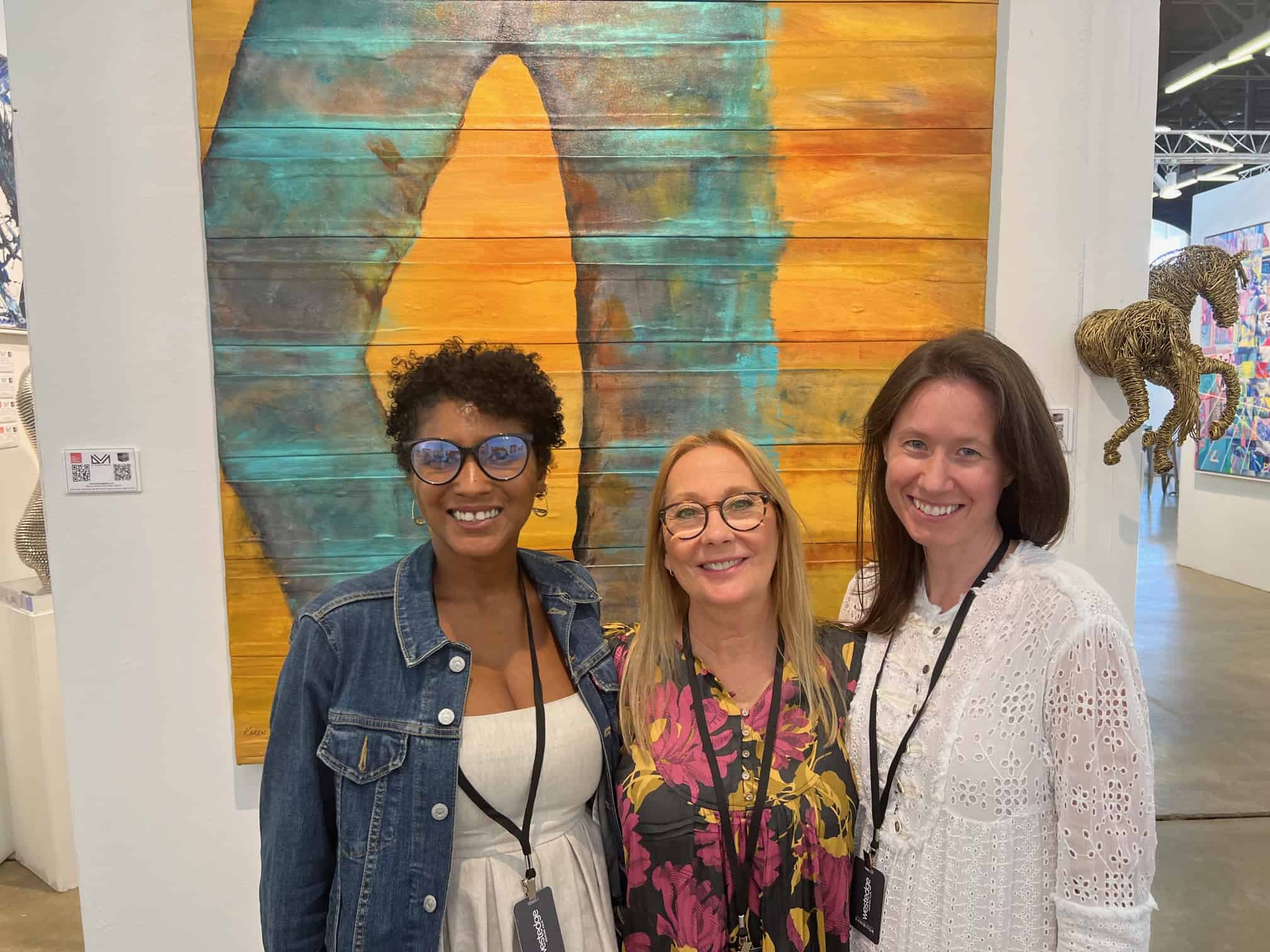 THE STYLE: Prints and patterns were found not only on the walls of the events, but on the eclectic mix of designers and consumers found in attendance. Hues of soft pinks and greens were paired with trim denim jackets and boots that screamed out for fall temperatures. As always, many of the artists looked effortlessly chic in all-black ensembles leaving their primary form of expression to be their chosen mediums. The return of the chapeau could be seen on some of the evening’s more adventurous fashionistas, including many of the male guests. 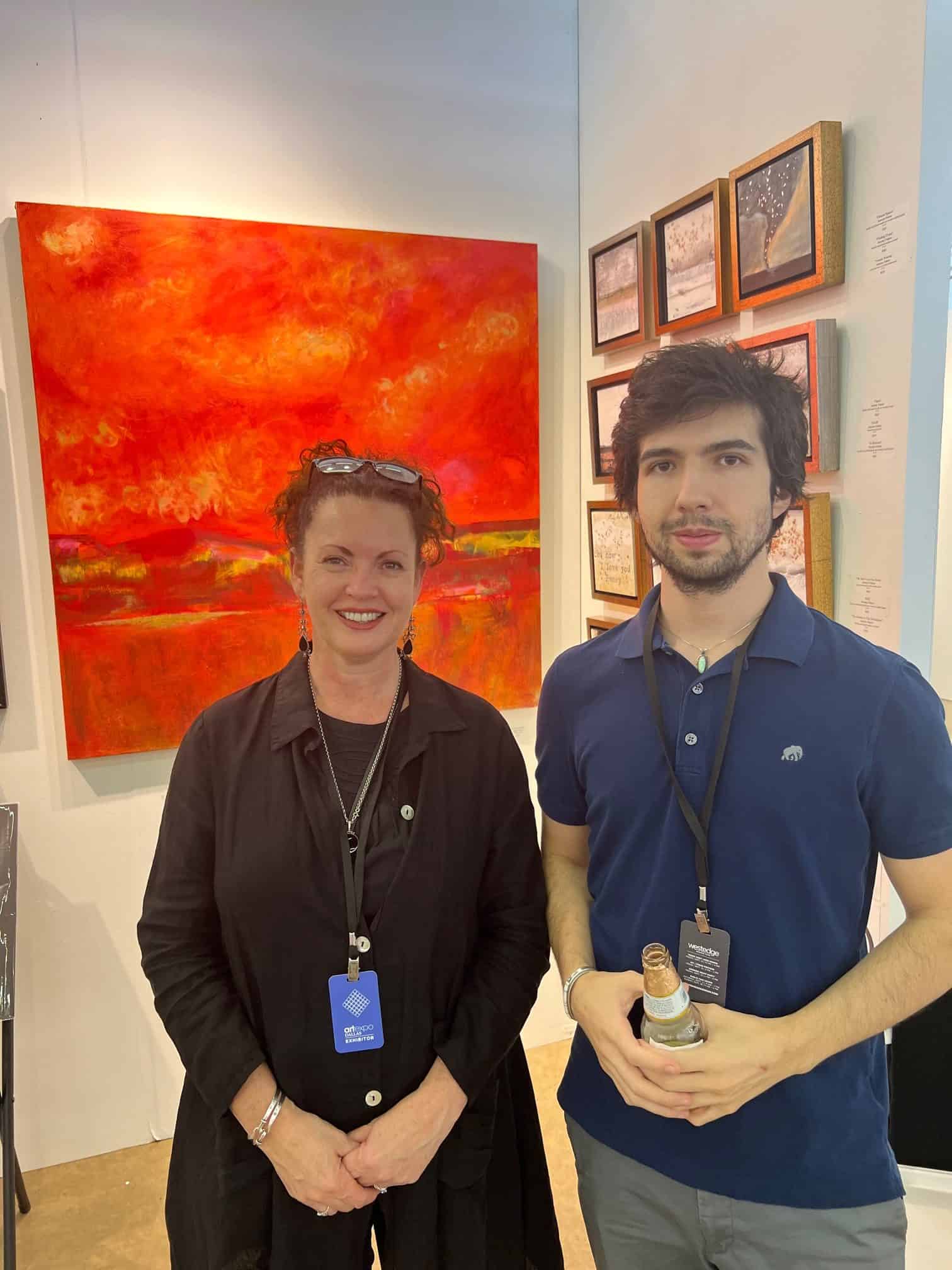 THE PURPOSE: As Dallas continues to be a draw for the art and style set, events such as WestEdge and Artexpo are helping to solidify the city’s place as a culture capital of the world. The bringing together of intriguing minds, observant eyes, and talented hands in this immersive experience will likely boost creativity for some time to come. 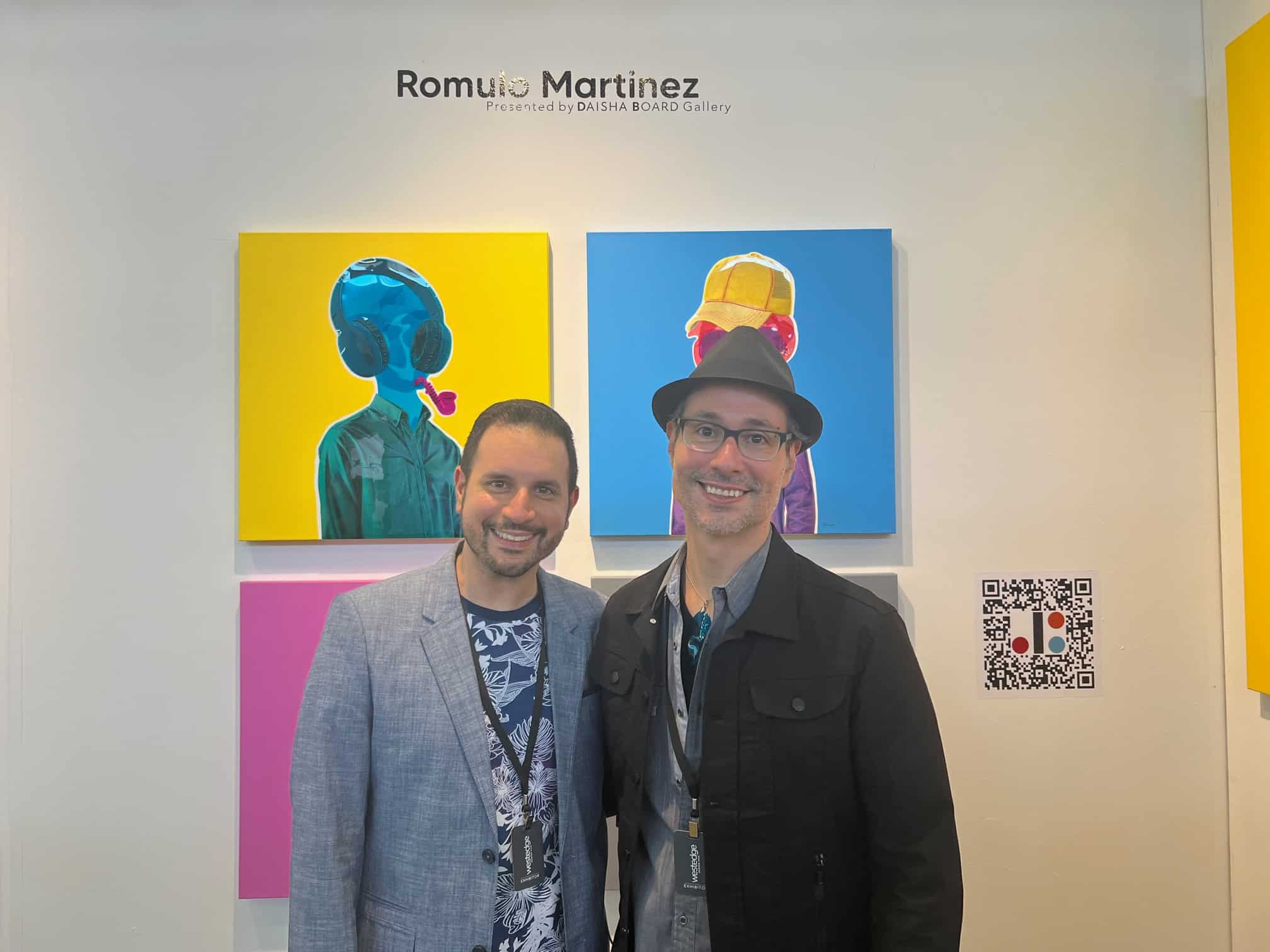