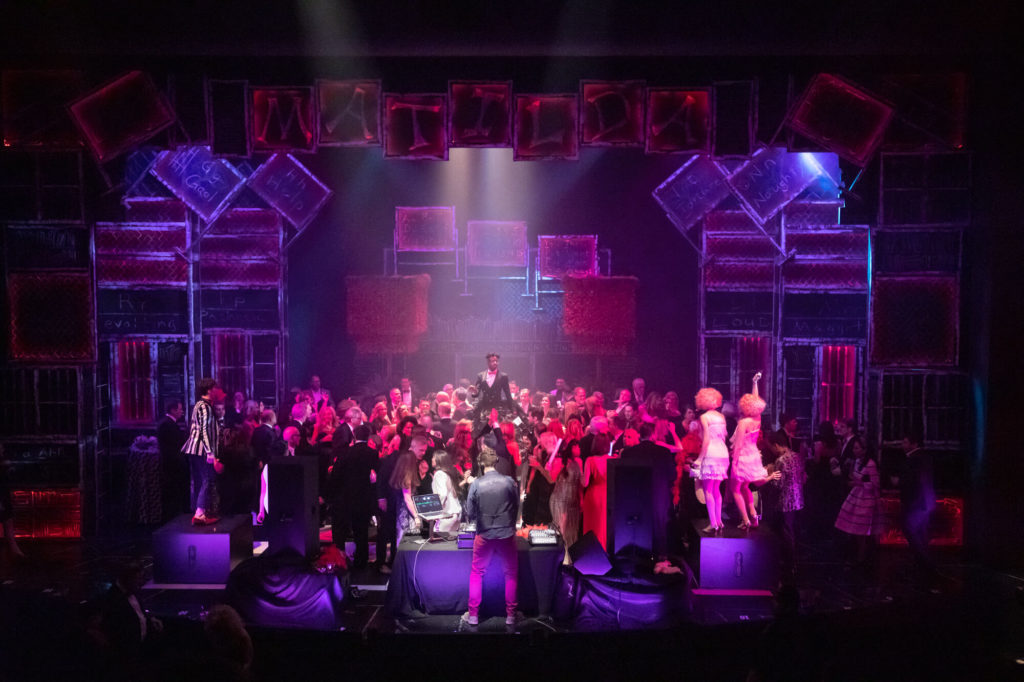 THE SETTING: The grounds of the Zachary Scott Theatre in Austin played center stage for one of Austin’s most anticipated annual events, ZACH’s Red, Hot and Soul gala. Amid the backdrop of a picture perfect late spring evening, over 420 of Austin’s most notable patrons of the arts enjoyed a memorable evening of fabulous performances and fun.

THE STYLE: The black-tie crowd began the evening in the grand lobby and Serra Sky Lounge of the Topfer Theatre for cocktails. The Naughty, But Nice theme of the event was evident in the attire as partygoers sported nice monochromatic black or white ensembles with pops of red to showcase a dash of naughty. The festivities then moved to the Bobbi Pavilion for the evenings program where guests were treated to a multi-course meal as they applauded a series of performances from current and upcoming ZACH works. Then, the spirited live auction that featured items including a private villa in Acapulco and Ski Week at the St. Regis in Aspen went into full action mode. Capping off the evening was a Happiest Ever After after-party where guests ventured onto the Topfer Theatre stage where the crowd danced the night away and toasted a successful evening of fun and revelry.

THE PURPOSE: The event, chaired by Jeremy Guiberteau and Dan Jackson, and Bobbi Topfer serving as honorary chair, raised over $730,000 for Zachary Scott Theatre’s educational programs, which service over 55,000 students and children annually.