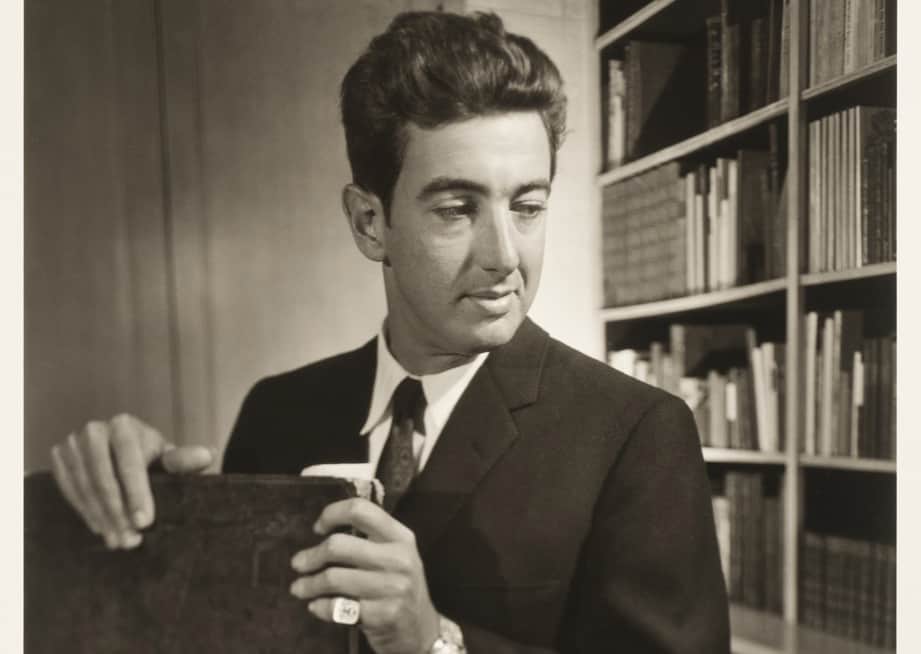 Texas is known for our dynamic personalities. Some are born with it, and for some, it develops over time. Here, our pop cultural chronicler, William Jack Sibley, a fifth-generation native Texan, reveals the almost-lost story behind legendary San Antonio philanthropist, Robert L.B. Tobin, and the extraordinary life he led in Texas…and beyond.

It’s no secret that San Antonio’s Robert L.B. Tobin lived an epic life. The opening of the downtown Tobin Center for the Performing Arts has led to an increased interest in the eponymous namesake as a heralded Texas family of vast wealth, stature, and notoriety.

Like so many old Texas clans for whom noblesse oblige was an assumed provenance, the Tobins of San Antonio orbited in a highly rarified universe. Robert Tobin’s father, Edgar Tobin, was a World War I flying ace who started the Tobin Aerial Mapping Company (later Tobin Aerial Surveys) to serve the oil and gas industry when no comparable business even existed. His first customer was Humble Oil, which then, of course, evolved into Exxon/Mobil. His wife, Margaret “Mag” Batts Tobin, was the daughter of Robert Lynn Batts, a former University of Texas law professor and Chairman of the U.T. Board of Regents (Batts Hall on the U.T. Austin campus is named for him). He also served as Chief Judge of the 5th U.S. Circuit Court of Appeals.

Robert, their only son, born in 1934, was a descendant of the Canary Islanders who founded San Antonio. Very few locals could match his inimitable pedigree. In 1954, when he was just 19, as a sophomore at the University of Texas in Austin, his father and Braniff Airlines founder, Tom Braniff, were killed in a plane crash in Louisiana. Remarkably, at that young age, Robert took over the operation of his father’s company and led it to unprecedented growth (eventually introducing color aerial photography, among numerous other innovations).

Diligent, accomplished, assured, and, yes, some would say entitled–Robert Tobin was not a man accustomed to being told no. When he was only 20, he was asked to serve as president of the local Children’s Service Bureau. In addition to becoming a member of the boards of the Worden School of Social Service at Our Lady of the Lake University, the Children’s Hospital Foundation, and the advisory board of the San Antonio Council for Retarded Children, Tobin served as a member of the National Budget and Consultation Committee, and the Santa Rosa Hospital Advisory Board. He also put in his time in the upper echelons of San Antonio’s exclusive social clubs: the Order of the Alamo, the Argyle, the German Club, and the San Antonio Country Club. But, because of his avid interest in the performing arts, he also volunteered to be a stage hand at the Municipal Auditorium, which in his 20s led to his being awarded an honorary member of Local Union No. 76 of Stage Employees. It was an honor he would cherish throughout his life.

One couldn’t ask a young man to be a more civic and socially engaged citizen. With his towering stature of six-foot-six, dramatic good looks, thick mane of prematurely graying hair…and a penchant for wearing black capes, Tobin was a strikingly memorable presence wherever he went. But soon after he became the youngest chairman of the Board of Managers of the Bexar County Hospital District, amicable feelings between some San Antonio civic leaders and Young Tobin noticeably transformed.

His mother, Mag, was a passionate opera devotee and arts patron, who not only served as the president of the McNay Art Museum but also sat on the board of directors of the New York Metropolitan Opera. In fact, in 1984, she funded the McNay’s Tobin Wing in honor of Robert’s 50th Birthday to house his growing theatre arts collection. Robert Tobin, a generous philanthropist himself, continued the tradition by serving as chairman of the McNay and donated his world-renowned extensive theater-arts collection to the McNay Museum of Art, including more than 8,000 rare books–some published in the early 16th century, 20,000 stage maquettes, and unsurpassed drawings, paintings, and posters, all acquired via an inveterate collector’s matchless taste and discretion.

Tobin’s views were more global than what San Antonio could offer him at the time. It wasn’t so much that San Antonio stifled his artistic aspirations–on the contrary, San Antonio was never meant to be the end game for Tobin. After a very public, and publicly chronicled, dust-up regarding the building location of the Southwest Medical Center in the early 1960s, the world became his venue. The Tobin’s family friend, Candes Chumney, who identified herself as “the daughter Mag Tobin never had” believes the Medical Center battle soured Robert on his hometown. “Here was a very dignified gay man, who at the time never discussed his sexuality in any open environment. Family and close friends knew, of course, but that kind of personal, frank disclosure simply wasn’t the norm then.”

Thereafter, he slowly withdrew from San Antonio’s public, social, and philanthropic scene. San Antonio’s loss was the world’s gain. Obligations and interests in New York, Santa Fe, Spoleto, and European capitals made his local appearances ever rarer. Robert became a managing director of the Metropolitan Opera for some 20-odd years, a trustee of the Museum of Modern Art, president of the Spoleto and Glyndebourne Festivals and collaborated with his friend, John O. Crosby, in the early days of building the Santa Fe Opera.

As Robert’s health began to decline after a cancer diagnosis in 1990, he returned to his home town of San Antonio to set a course for his continuing legacy of philanthropic support for his various interests, including his beloved McNay Art Museum, the Santa Fe Opera, the arts, and other civic support for San Antonio. In 1998, Robert asked his long-time trusted advisors Leroy G. Denman, Jr. and J. Bruce Bugg, Jr. to oversee his various business and philanthropic endeavors, which after his death in 2000, evolved into The Tobin Endowment.

Since Robert’s passing in 2000, visitors to the McNay Art Museum can enjoy not only the Tobin Wing established by Robert’s mother in 1984 to house Robert’s Theater Arts Collection, but visit the new “Tobin Galleries” which opened in 2008 as well. Also, San Antonians enjoy the Tobin Library at Oakwell, the 100 acre Tobin Park and soon, the Robert L. B. Tobin Land Bridge in Phil Hardberger Park, among many other gifts by The Tobin Endowment in honor and memory of Robert Tobin. Under the leadership of the late Leroy G. Denman, Jr. and Chairman of The Tobin Endowment, J. Bruce Bugg, Jr., The Tobin Endowment has contributed over $65 million to the arts since 2000, including a $15 million naming gift to build The Tobin Center for the Performing Arts in San Antonio.

In addition, The Tobin Theatre Arts Fund, established shortly before Robert’s death in 2000, has donated rare costumes and design materials to The University of Texas, San Antonio, among other gifts, and published a history of stage design and technology. Months before his death, Tobin personally donated more than 30 paintings by Robert Indiana, Paul Cadmus, Joan Mitchell, and other notable American artists to the McNay.

The former manager of the Argyle and Board Chairman of the Tobin Theatre Arts Fund, Mel Weingart, was a close confidante of both Mag and Robert. He lived for a time in the Tobins’ side-by-side Manhattan townhomes on Park Avenue and managed their New York dealings. “I think Robert would be in seventh heaven about the new Tobin Center for the Performing Arts,” Weingart said. “He was humble. He would have never sought out name recognition on his own. This is a way to acknowledge the person and the family, who, for a significant period of time, honorably represented the city in the art world in a profound and noteworthy way.”

Indeed. Visionary, aesthetic, discerning, and a consummate patron, Robert L.B. Tobin gave, and continues to give, more to his hometown than even he could possibly have conceived some 20-years since his passing. Iris Rubin, a close confidante and University of Texas college chum of Tobin’s, declared that “Robert was blessed with taste, intelligence, and the ability to apply it all successfully. He was a citizen of the world. We were lucky he was from here and especially fortunate that he graced our city with the gifts that he ultimately did.”

The Tobin Center for the Performing Arts, in the heart of downtown San Antonio, continues to thrive as a favorite venue of world-class performances and events. The eponymous Robert L.B. Tobin Society is the inspiration for recognizing those who support The Tobin Center. Membership in it provides the opportunity to join fellow community, philanthropic, and cultural leaders who demonstrate support for The Tobin Center and the legacy of its namesake.