THE SETTING: The Charity Ball Association (CBA) of San Antonio’s 65th Chrysanthemum Ball was held at the Witte Museum’s Valero Great Hall and Mays Family Center, with a record-breaking $1 million of funds raised by the almost 600 supporters in attendance.

The black-tie clad and elegantly attired guests arrived on a 100-foot long red carpet through a floral fantasy arch. They were ushered in by formally attired stilt walkers and entertainers while listening to the amazing sounds of the Youth Orchestra San Antonio (YOSA).

The floral design by Danny Cueller of Trinity Flowers was the perfect pièce-de-résistance with the ballroom’s beautifully adorned tables covered with oversized glass vases supporting a burst of colorful flowers that paid homage to that scarf’s colorful palette. A 15-foot tall ice sculpture by award-winning Buddy Rasmussen framed with opulent florals greeted guests as they entered The Mays Family Center.

As the night commenced, guests savored decadent hors d’oeuvres, including a beef carpaccio crostini, house-made salmon mousse topped with Bowfin caviar and fried Parmesan artichoke hearts before arriving at a three-course meal that included brown butter and seared thyme filet paired with a seared scallop atop a creamed Gruyere spinach, all by Rosemary’s Catering. Wine pairings were an elegant and perfect accompaniment to the gourmet meal.

THE PURPOSE: Sharon Seal, CBA vice president of decorations, created a special, unique, and memorable evening, while CBA President, Lynn Ziegler, orchestrated the festivities. The Association celebrated the founders of the Association. Gala attendees enjoyed a video of past CBA grant recipients, and a slideshow of historical photos, archived Rotogravure books, and newspaper clippings that delighted all, especially those who saw their beloved grandmothers, parents, relatives, and family friends through the decades.

Part of the fun included the moment Billy Cavender drew the winning Gold Ticket for the new Cadillac that was given away, and the Charity Ball Association graciously acknowledged decades of giving by Cavender Cadillac. The Charity Ball Association of San Antonio supports the children of Bexar County by distributing grants each year since 1954, now totaling more than $21 million. The organization’s tenet is Children Benefit Always. 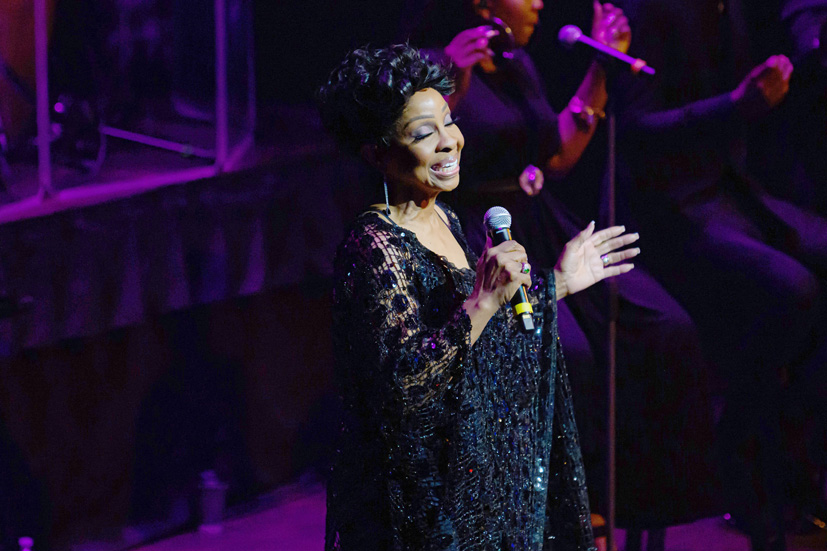 THE SETTING: The Tobin Center for the Performing Arts recently celebrated its fifth anniversary with a gala honoring H-E-B, the 2019 Recipient of the Tobin Award, with Winnell Herron accepting the honor on H-E-B’s behalf. The headlining star of the evening was none other than legendary, seven-time Grammy® Award-winning, soulful R&B singer, Gladys Knight.

THE STYLE:  Upon arrival, close to 500 VIP sponsors, patrons, underwriters, and guests were escorted into a cocktail hour, laden with unique and festive balloon designs created by Melony Rodwell, while the Avanti String Quartet (comprised of San Antonio Symphony members) played, and Ballet San Antonio ballerinas danced on pedestals. They also had a once in a lifetime opportunity to meet and chat with the empress of soul herself, Gladys Knight.

The silent auction took place during the VIP cocktail hour featuring one of a kind treasures and experiences, including a guitar signed by Brian Wilson & Al Jardine of the Beach Boys, a Billy Idol signed Flying V electric guitar, an Andrea Bocelli Soundcheck and Concert Package, and a unique Tobin Center party in one of its secret clandestine spaces.

Then, the Children’s Choir of San Antonio, Chamber Music Institute, and Trumpet Fanfare by Youth Orchestras of S.A. (YOSA) summoned the guests to the Carlos Alvarez Theater, the Feik Family Rotunda, and the McLaughlin Family Rotunda for a sumptuous dinner crafted by Executive Chef Paul Goll of Tobin Catering. Soloists from Opera San Antonio announced the end of dinner and instructed the party to move into the H-E-B Performance Hall for the concert. Seating in the venue was cabaret-style for VIPs, and with gala and concert-only ticket buyers, it was a packed house with close to 1200 fans.

Following the concert, there were two after-parties: VIPs enjoyed a disco in the transformed Carlos Alvarez Theater, complete with a collector’s record wall of signed vinyls coupled with entertainment by Uptown Drive. The other after-party, in the McCombs Lobby, had the crowd up and on the dance floor with music from DJ Catwalk, who was suspended high on a station above the dance floor in the unique Founders’ Lounge. 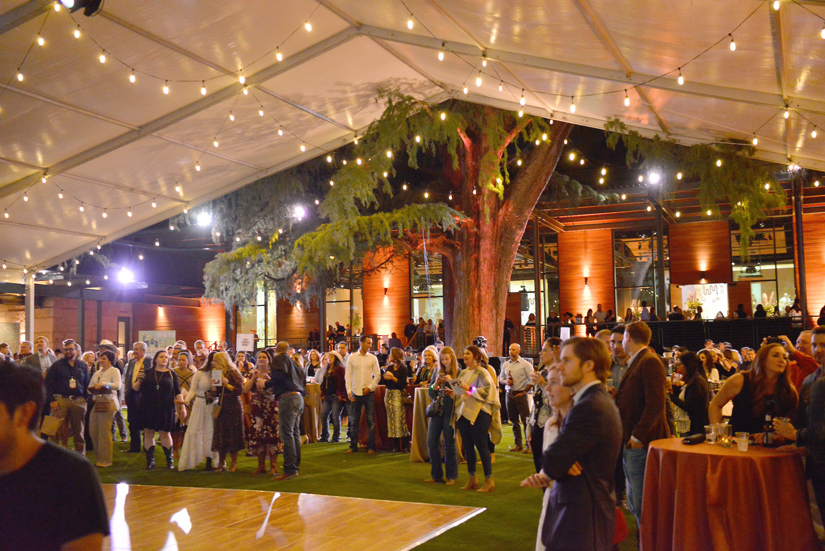 THE SETTING:  The 49th Annual Witte Game Dinner, presented by Naylor Ranch, and held at the Susan Naylor Center, Mays Family Center, and Zachry Family Acequia Garden, is the Witte’s largest fundraiser. The lively crowd of over 1100 guests included notable multi-generational Texans and those filled with overflowing Texan pride. All eagerly participated in one-of-a-kind silent and live auctions and took delight in a country music concert with none other than the Josh Abbott Band. The evening kicked off with the 2nd Annual Texas Heritage Awards, honoring Mary West and Richard Traylor, and Valero. The awards honor supporters of the museum who are outstanding stewards of San Antonio and Texas and have values and a personal brand that aligns with the mission and vision of the Witte Museum.

THE STYLE:  This year’s theme, Branded by Time, celebrated the Witte’s extensive timeline narrative of Texas, from millions of years ago to today and honored those who have made an impact on the Witte’s past, present, and future.

Guests at the event also experienced a true Texas culinary experience provided by Rosemary’s Catering, which included Texas game stations with perfectly roasted and smoked meats, such as herb-roasted Veal and Lamb Racks to Texas BBQ beef ribs, all carved to order, a Texas Quail Showdown with chicken-fried quail and ancho-honey grilled quail, a Texas slider bar, a Hungers TexMex station with venison enchiladas, a Gordita station, a Texas Coastal Area with a seafood boil, blackened redfish, and a Paella station, and last but not least, an array of specialty desserts served in the South Texas Heritage Center. Bolner’s Fiesta Products served as the culinary sponsor.

THE PURPOSE:  The 49th Annual Witte Game Dinner ushered in an all-time fundraising record of over $1.2 million to support the museum’s operations, educational programs, and exhibitions. The event co-chairs, Kathy and Jeff Bolner and Anna and Robert Sigman, selected the theme, Branded By Time, for this year’s event.

Everyone joined together to enjoy the most cherished traditions of Texas, while also raising over $190,000 in field trip funding for students to visit the Witte Museum. All proceeds from the event raised essential funds that will also allow the museum to continue its mission to inspire people to shape the future of Texas through transformative and relevant experiences in nature, science, and culture. 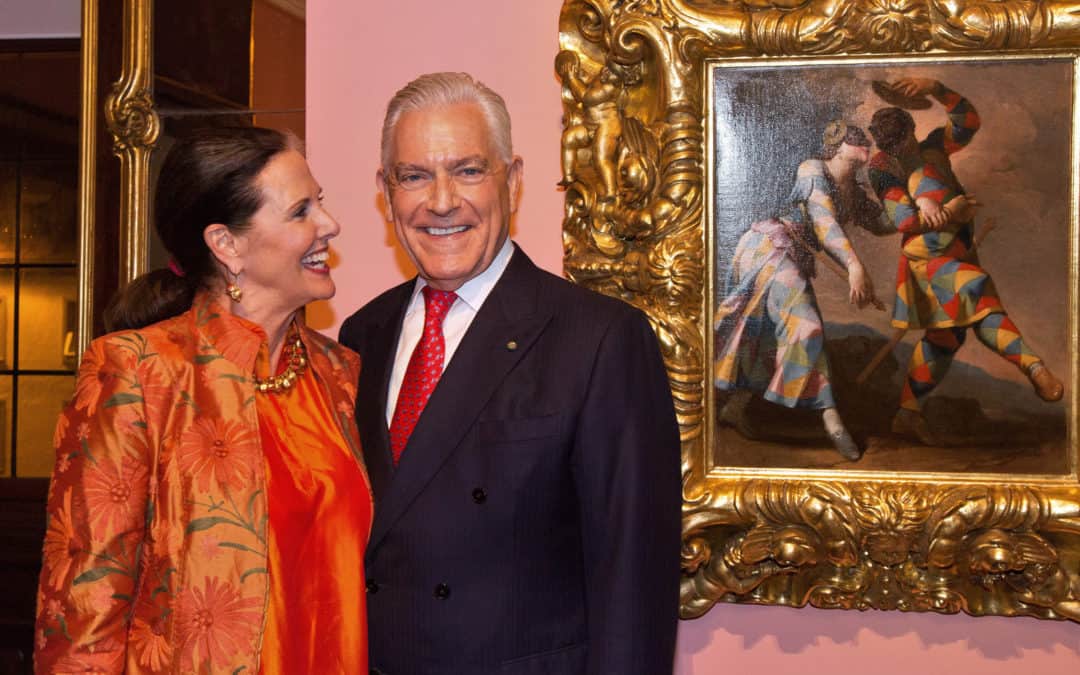 A MEDICI COLLECTION, BEYOND

THE SETTING: The historic town of Augsburg, Germany was the recent setting for the debut of a one-of-a-kind collection that showcased the art from one of history’s most historic Italian families. The events to toast Beyond the Medici: The Haukohl Family Collection featured many prominent art patrons, collectors from around the world jetted-in from locales ranging from Texas to Paris to Singapore for an incredible weekend of events including walking tours, concerts and five-star cuisine. The gathering was hosted by Sir Mark Fehrs Haukohl of Houston, whose family has been collecting Medici art for six generations.

THE VIBE: The well-heeled art aficionados kicked off the weekend in style at the northern baroque Schaezlerpalais Palace, which featured southern Italian works of art owned by Haukohl. The weekend only became more dazzling from there. Meghan Gregonis, United States General Counsel in Munich, officiated the opening at the Grand Goldener Saal. Prominent museum directors from both sides of the pond, were treated to an awe-inspiring display of 17 th century paintings, sculptures, textiles and drawings also owned by Sir Haukohl.

The fun continued as art enthusiasts were treated to a five-star luncheon at Schloss Wellenberg Castle. Sir Haukohl brought the Texan largesse with him by offering Lone Star-blue aprons and Bucee’s barbecue sauce as gifts for attendees. The festivities were capped with a Vivaldi concert hosted by Haukohl and featured VIP’s including Mary Mochary, retired Chair of the National Museum of Women in the Arts and Dr. Eric Motley of the Aspen Institute. If the success of this weekend is any indication, the Beyond the Medici: The Haukohl Family Collection tour which will include stops in Brussels, Munich and Luxembourg among others, will be the upcoming talk of the European and American art scenes. 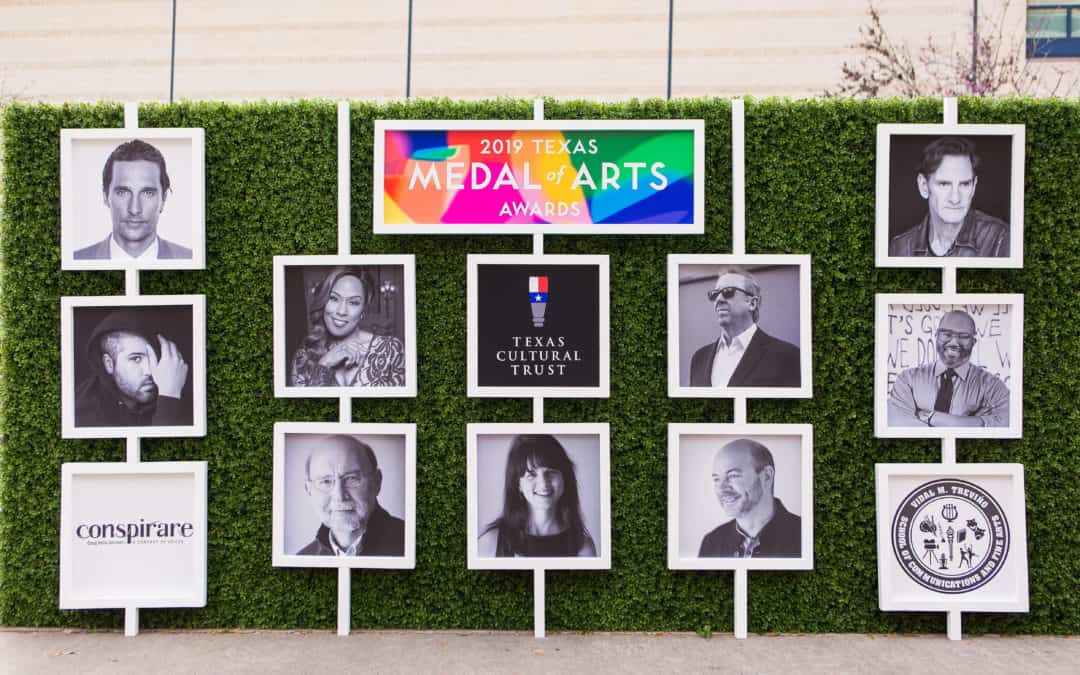