A German Club debutante party, Evening of Chinese Splendor, honored Melanie Vaughan’s travels to different regions of China that have inspired her over the last two years. She traveled there as part of her operatic vocal training with voice instructor, Dr. Chai Wai Lee of Trinity University. She, with other vocal students, performed at Chinese universities in different cities and provinces in China.

As Melanie had immersed herself in Chinese culture, she was drawn to having a party theme that was very near and dear to her heart. During her travels to China, she grew as a person, and as a singer, and looks forward to returning in the future. Melanie wore a floor-length red dress based upon an authentic Chinese design with a modern, elegant flair. The gown, designed by Nicolas Vilalba, was wrapped with embroidered silk gold dragons imported from Hong Kong and had a traditional Chinese neckline embellished with red and gold crystals.

Melanie and her family’s vision for the occasion were brought to life by Billinda Wilkinson and India Rhodes of Wilkinson Rhodes, who created a Chinese ambiance  for the guests. Upon arrival at the Witte Museum, guests were greeted by a magnificent 12-foot long, hand-carved dragon, looming over the entrance guarded by two massive handmade gold Foo Dogs. Red Chinese lanterns dripped from the beams of the entrance as guests approached a 12-foot-high ice carving of a Chinese pagoda flanked on either side by Chinese Warriors, inspired by the Terracotta Army guarding Emperor Qinshihuang’s Mausoleum. Surrounding the ice Pagoda were holes drilled to hold shots of
Singapore Sling cocktails for the guests’ enjoyment, while the Lemon Grass Empress martinis were passed upon entry to the venue.

Inside, the venue was transformed to convey the feeling of a drawing-room in a Chinese Palace. Tables were draped with silk tablecloths and surrounded by ornate red chairs. Flowered fans framing red lacquer bars with Melanie’s name painted in Chinese lettering were among the carved dragons and perched atop custom-designed food stations that had curved gold tile roofs inspired by the palaces. Red and white Chinese dragons were also embossed onto the dance floor to add to the distinctive décor.

The honoree’s travels also inspired the food for the evening. Steamed lobster dumplings were served on bamboo trays, and poke bowls were filled with many culinary delights to choose from  such as Asian short ribs over noodles in a jar of smoke, sweet and sour baby back ribs, and spicy meatballs, with red chopsticks provided.  Chocolate and Mochi Xiao Long Bao were served for dessert with milkshakes of ginger, green tea and mango passed for the guests’ pleasure, all of which were created by Cassandra Fine Catering. 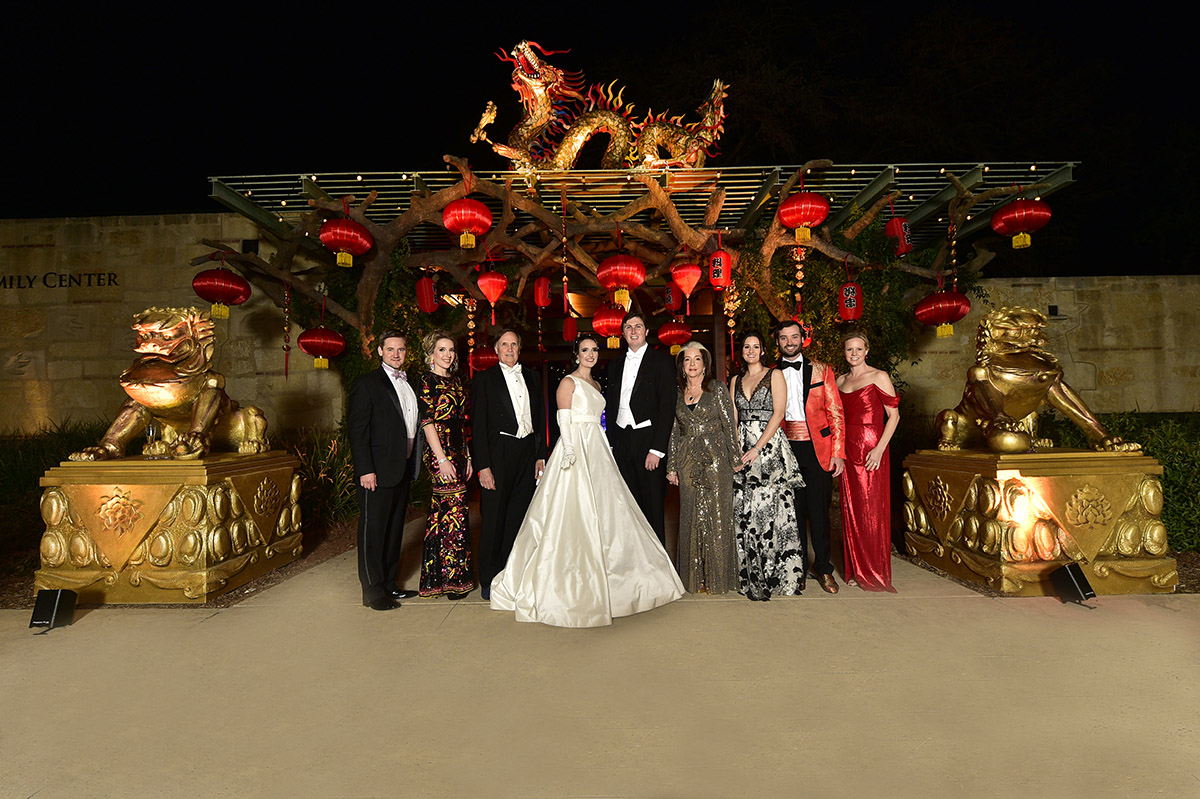 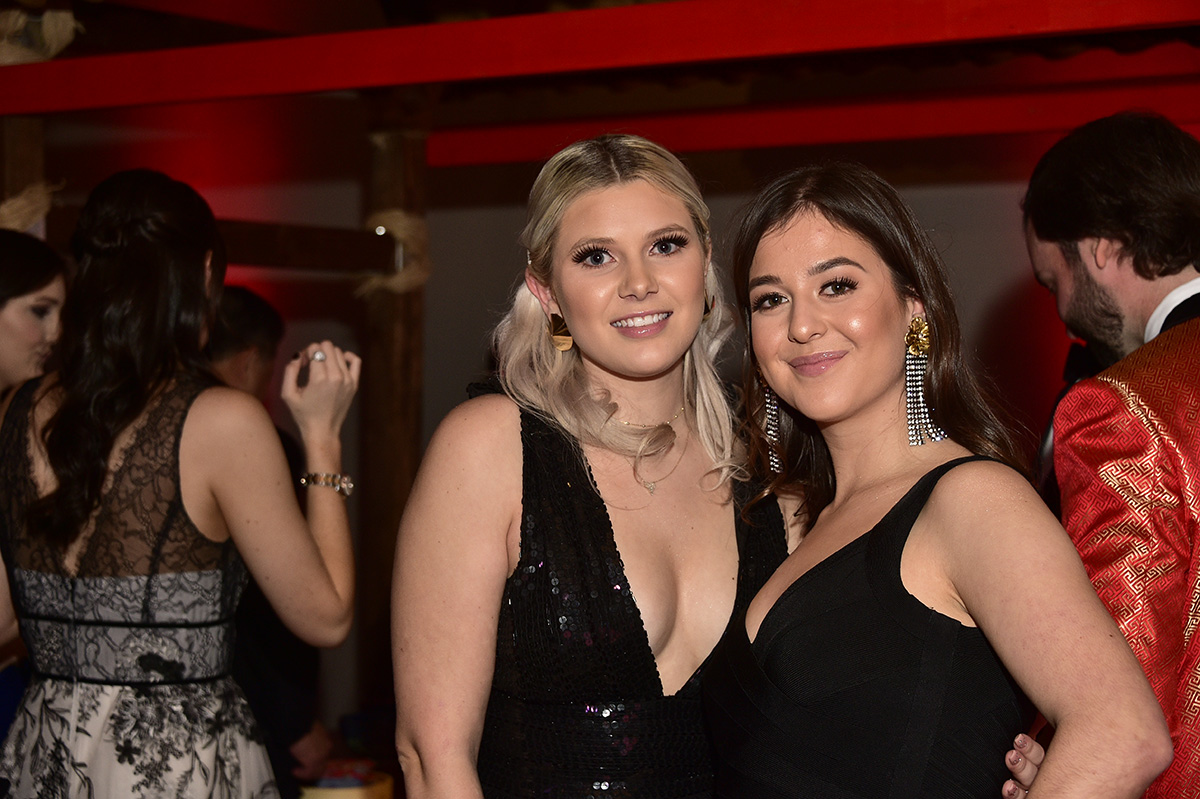 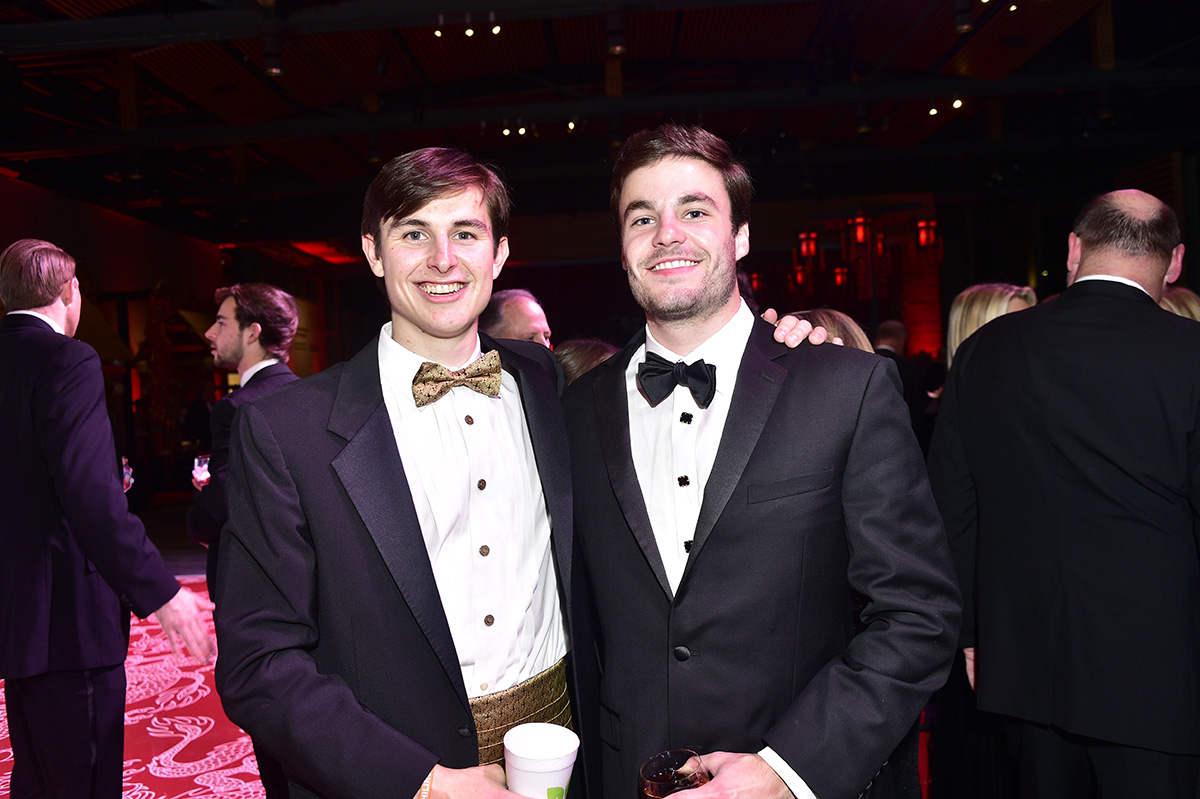 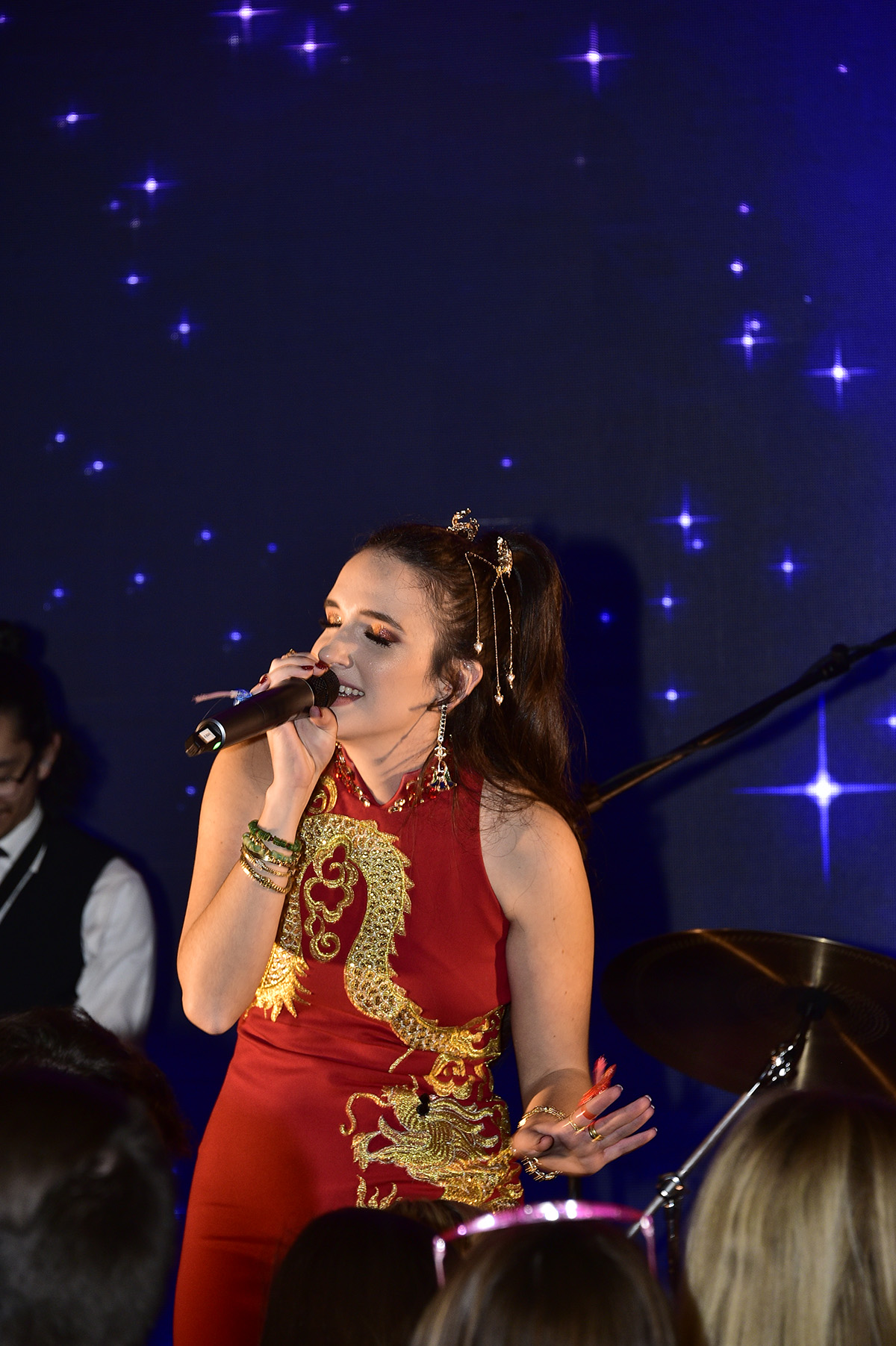 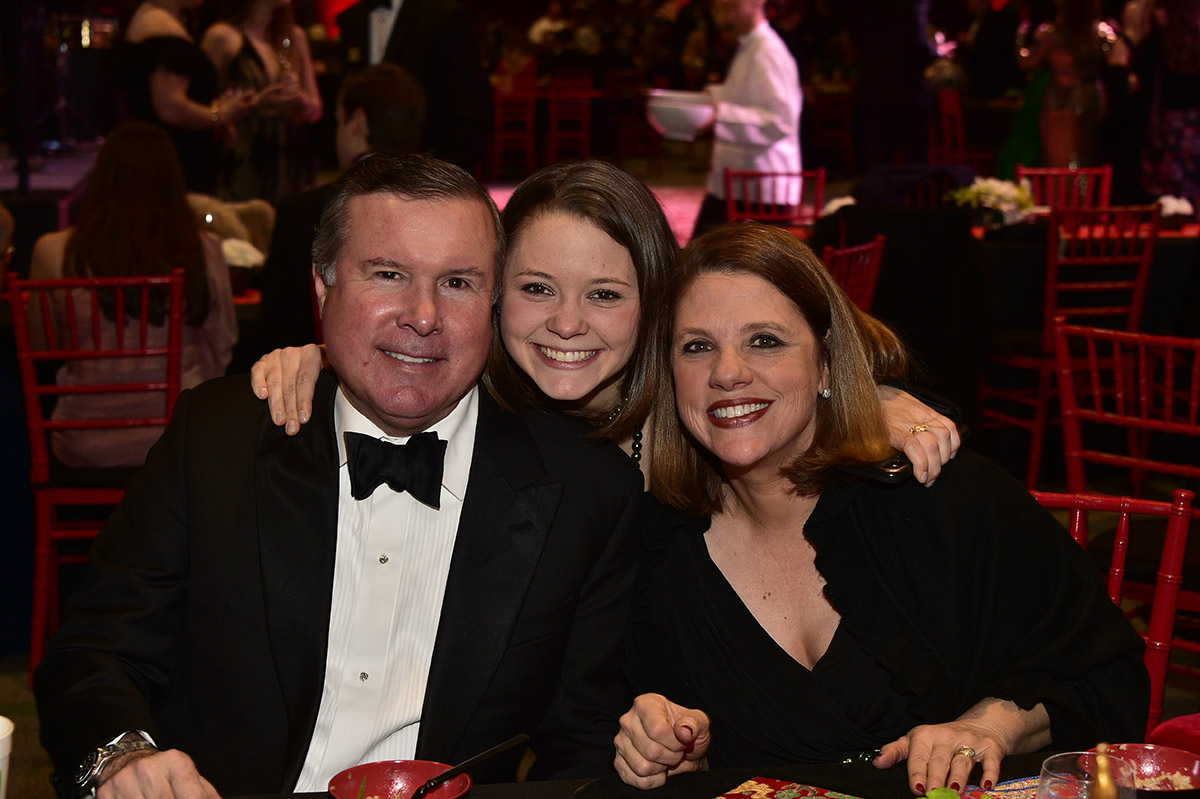 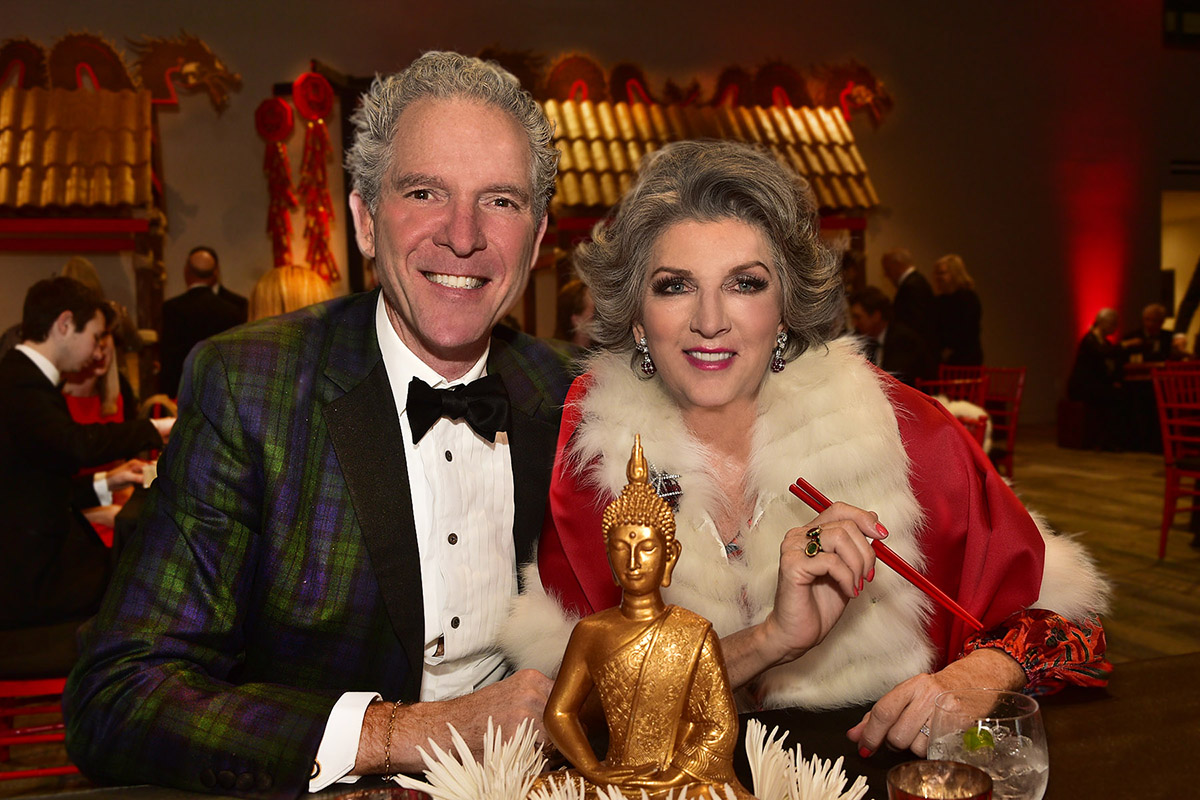 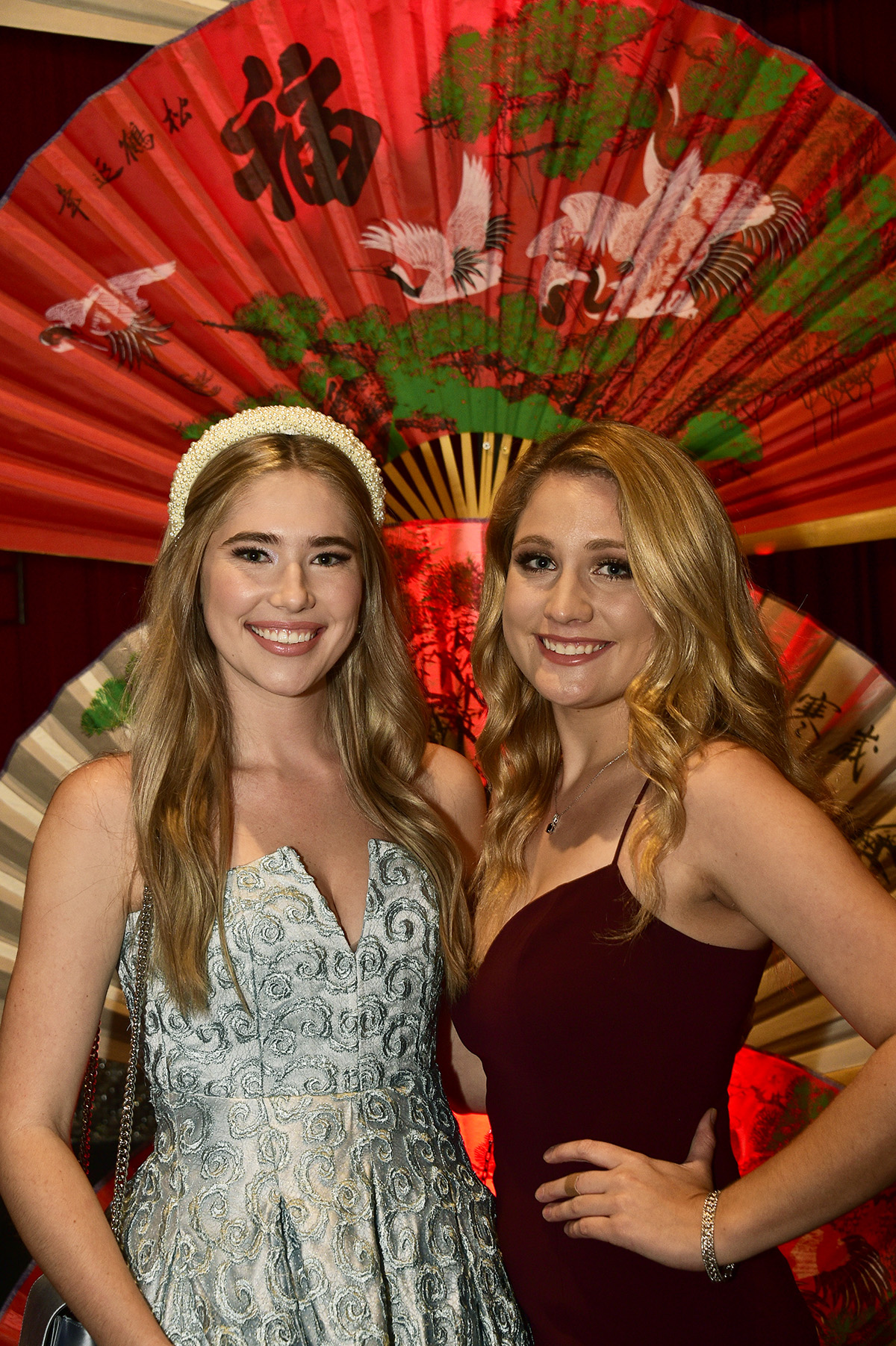 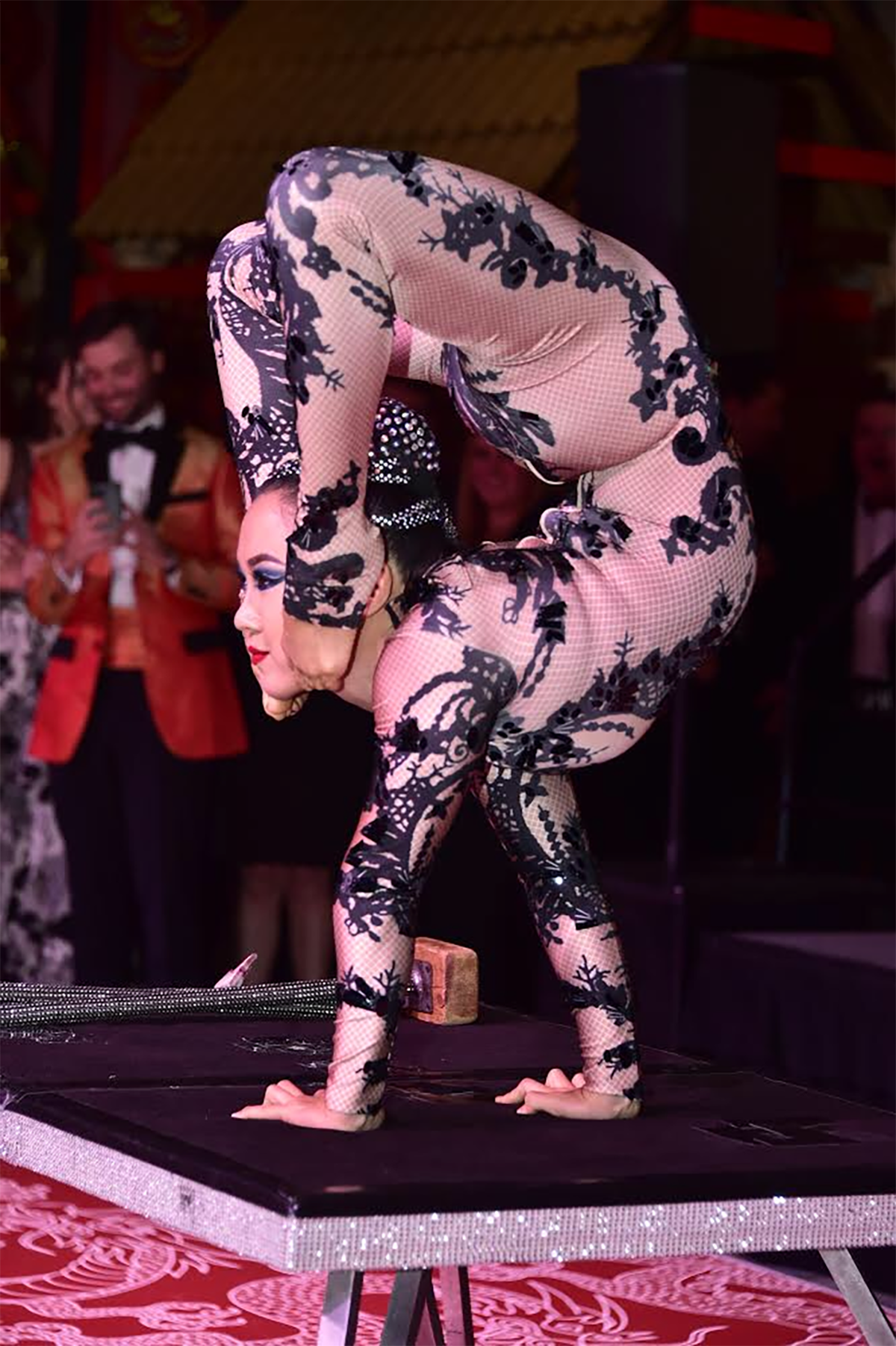 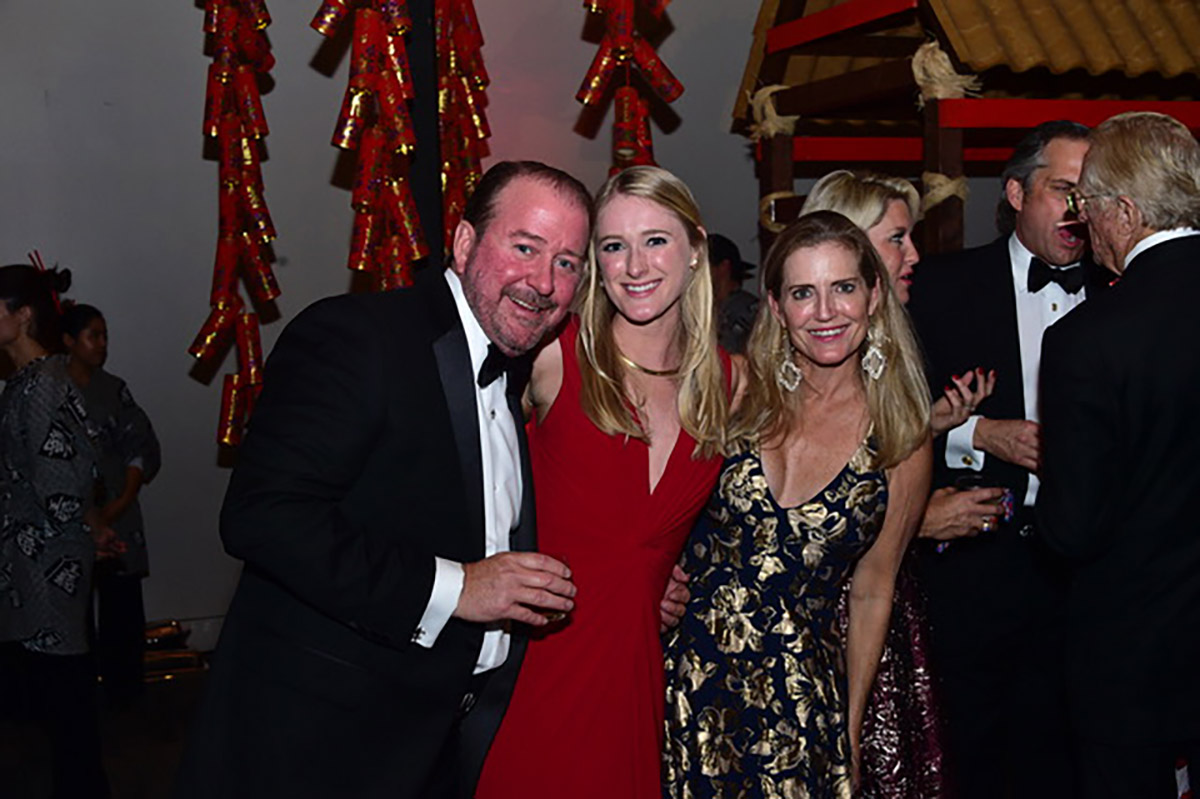 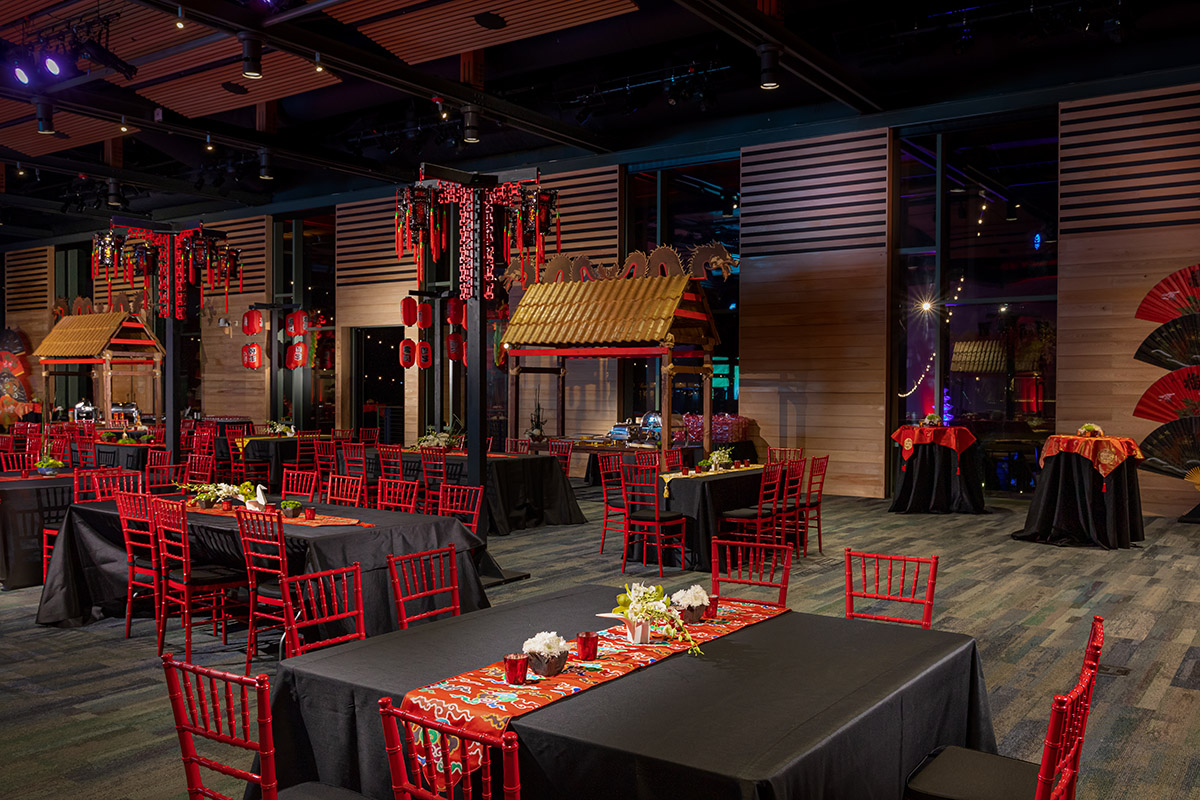 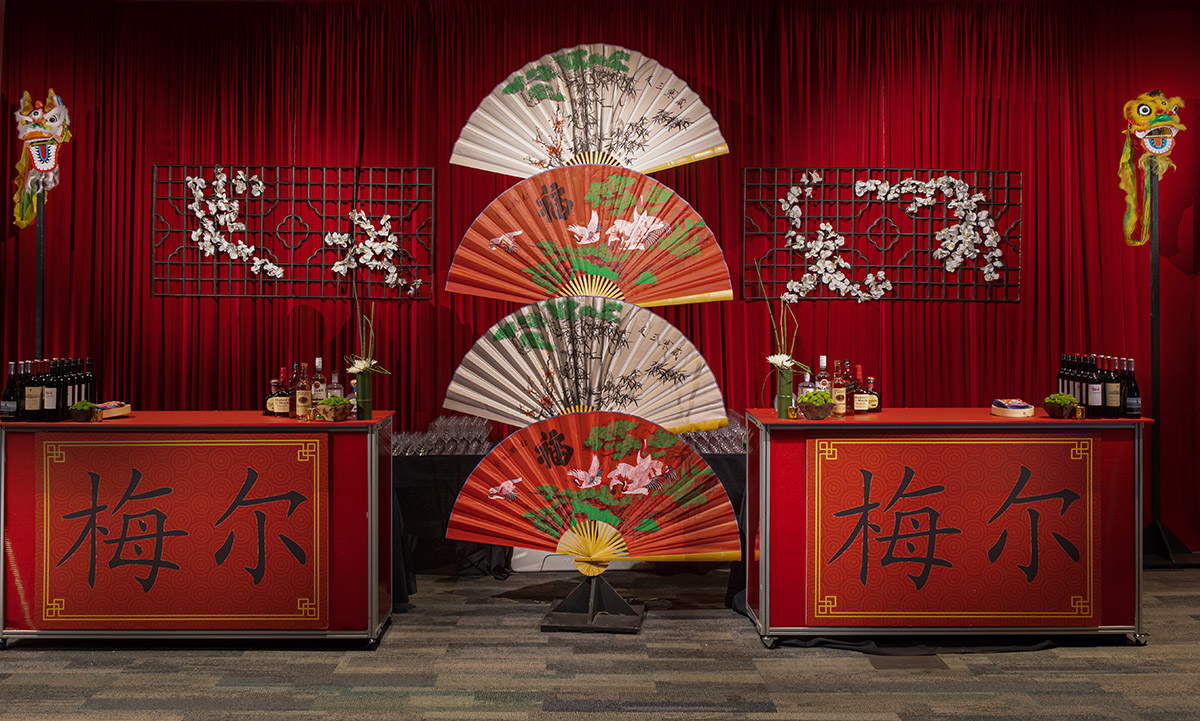 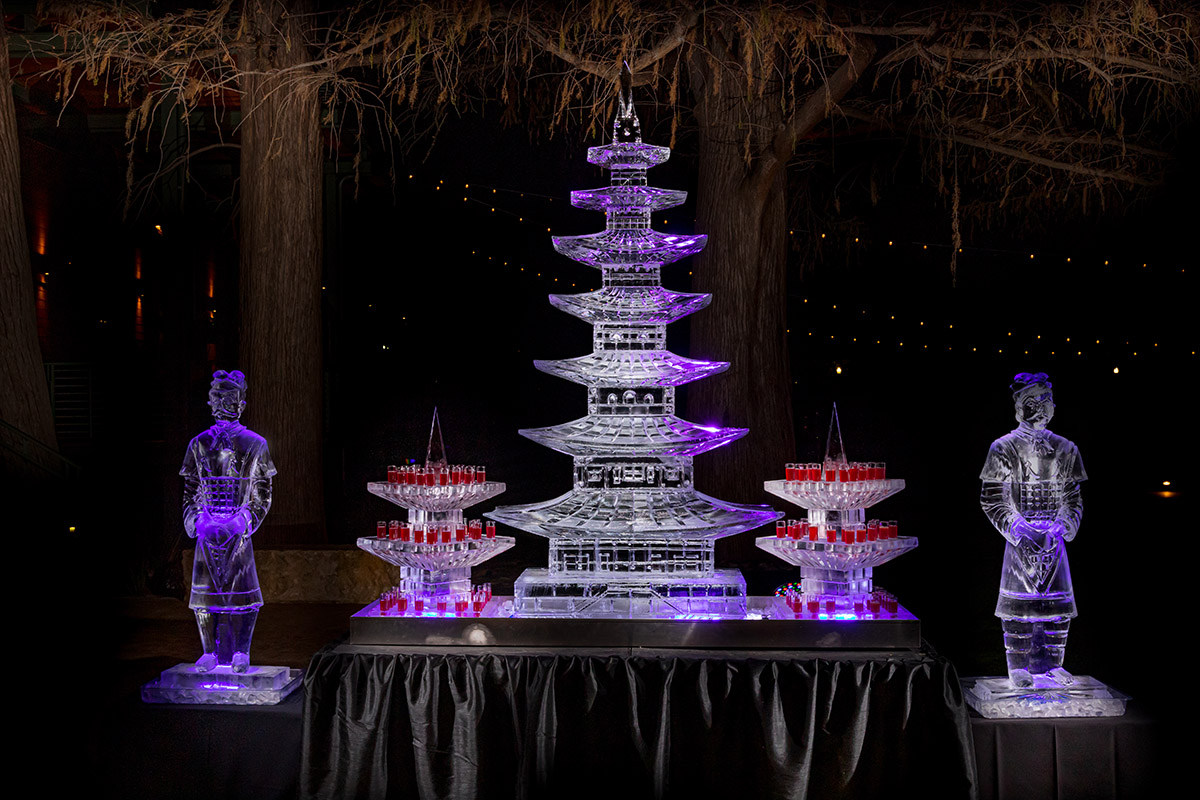 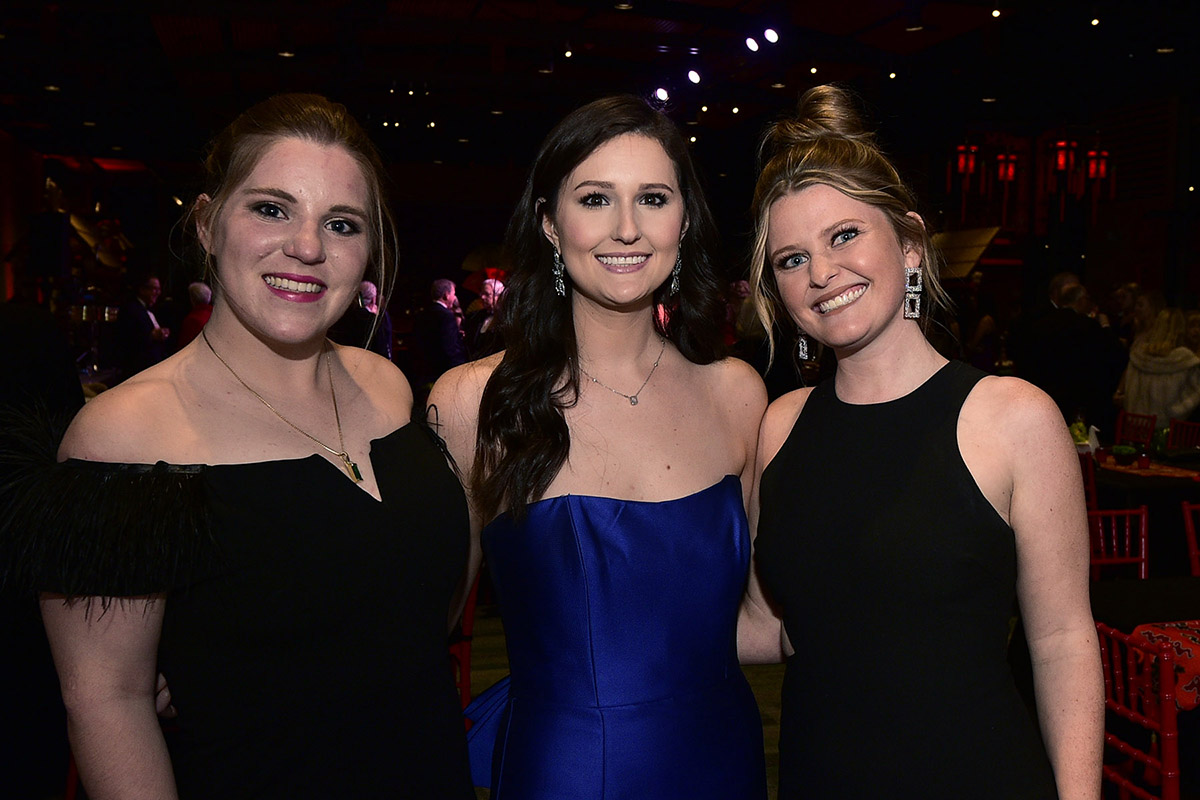 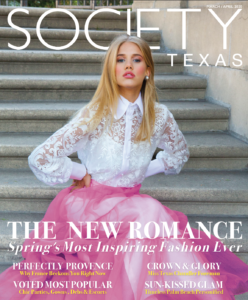