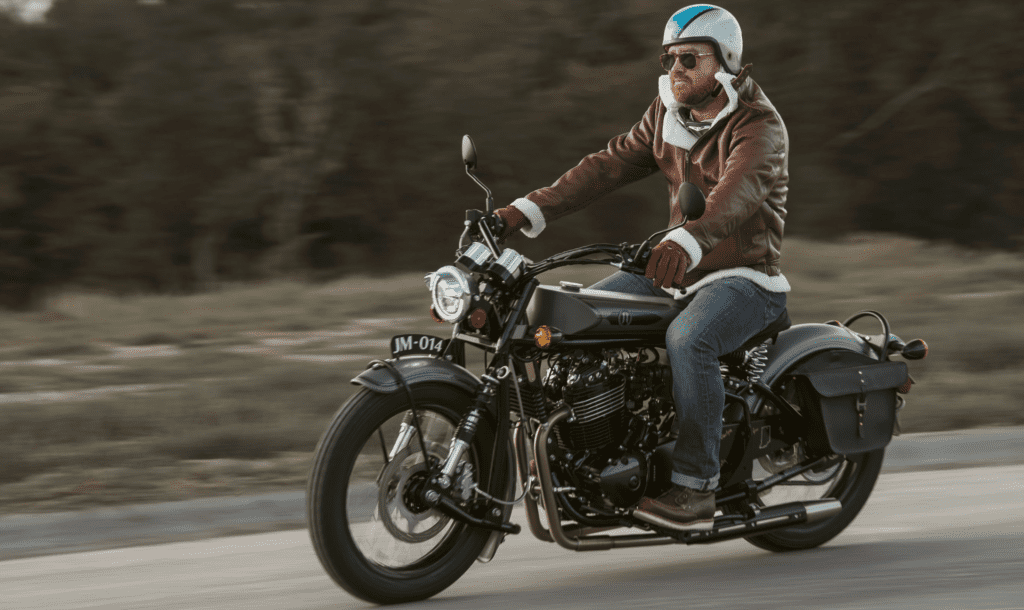 BORN TO BE WILD

Want to harken back to the speed of yesteryear? The Janus Halcyon 450cc motorcycle is like a trip down memory lane, with a path to the future, according to our luxe automobile enthusiast, Michael Satterfield of TheGentlemanRacer.com.

Up until now, Janus Motorcycles, for me, have just been a concept. A modern, bespoke, USA-made motorcycle that looks straight out of the 1930s? Sign me up. Since you can’t just walk into a dealership and test-ride one, I have always wondered if it would live up to the hype and the $15,000 price tag. Currently, the only way to purchase a Janus is directly from their Goshen, Indiana headquarters.

It is a big ask for an upstart motorcycle brand to start pricing at $15,000 for a Halcyon 450cc motorcycle when a Royal Enfield Classic 350 is just $4,599, and a Triumph Bonneville starts at $12,000. But unlike the mass-produced bikes, every Janus motorcycle is hand built in Indiana by a small team, and buyers can custom tailor the bike to fit their own vision. I built one using their online build tool, which came out to $17,220 with the optional extras I chose. This is in the price range of a very nice BMW R nineT, Ducati Scrambler, and other high-end motorcycles with much greater power.

The only bike I have ridden that can be compared to the Halcyon 450cc is a 1920s Indian Scout, not in the ride quality or power, but in the way the bike makes you feel, with its squared-off tank, swept-back handlebars, and upright seating position. The 450cc can feel like a bike from the 20s or 30s, but without  the hassle of priming a carburetor, adjusting the spark, and kickstarting. Instead, you get an electric starter, a modern 5-speed transmission, and electronic fuel injection. Stopping is easier, too, so there are no sketchy 100-year-old drum brakes. Instead, Brembo discs can be found on the front and rear.The bike is nimble, thanks mainly to it being lightweight.

At just 345 lbs., it weighs just 29 lbs. more than a Vespa GTS 250 and nearly 200 lbs. less than a Harley Davidson Sportster 883. The seating position is comfortable, with all the switches and buttons where you would expect to find them. The bike always feels incredibly balanced. While it might look 100 years old, the modern suspension makes riding a pure joy, and with a claimed 90mph top speed, the 450 is a bike you can ride anywhere. The engine and exhaust make you feel more connected to the bike and ride. So, there is plenty of power for running around town, and if I had a chance, I would be more than comfortable taking it on a cross-country road trip.

The Halcyon 450 is a major upgrade from the original small displacement bike that started the company back in 2011. In 2015, Janus introduced a 250cc version of the Halcyon, which gave the bike a top speed of 70mph. Janus also would introduce the Phoenix 250, a cafe racer-inspired bike, and the Gryffin 250, a scrambler-style bike. However, the Phoenix will be discontinued this year after just seventy-nine were built. The Gryffin 250 starts at $9,200, and the Halcyon 250 starts at $8,800, making it the least expensive Janus motorcycle you can buy, but the 450cc is the bike to have as it gives you the freedom to ride anywhere.

The Janus Motorcycle Halcyon 450 is certainly something I like having in my garage. It transports you to another era without worrying about the problems that come with riding an antique bike. It looks the part, is amazing to ride, and sadly at some point, it will be picked up by the company and taken back to its owner. For more information or to configure your own Halcyon, visit JanusMotorcycles.com.

For more on the jacket, gloves, and gear I am wearing in this shoot, visit https://www.thegentlemanracer.com/2022/11/2022-holiday-gift-guide.html 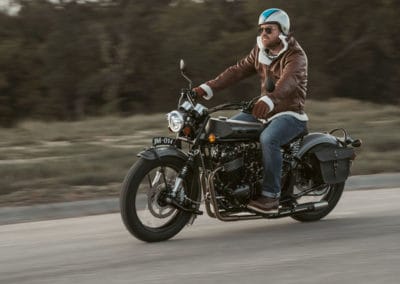 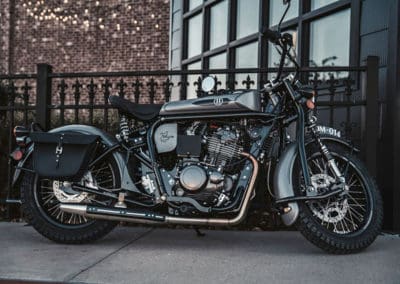 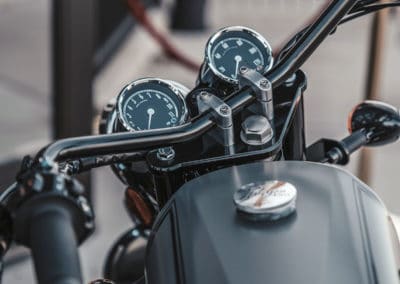 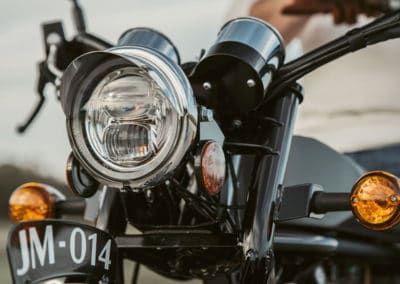