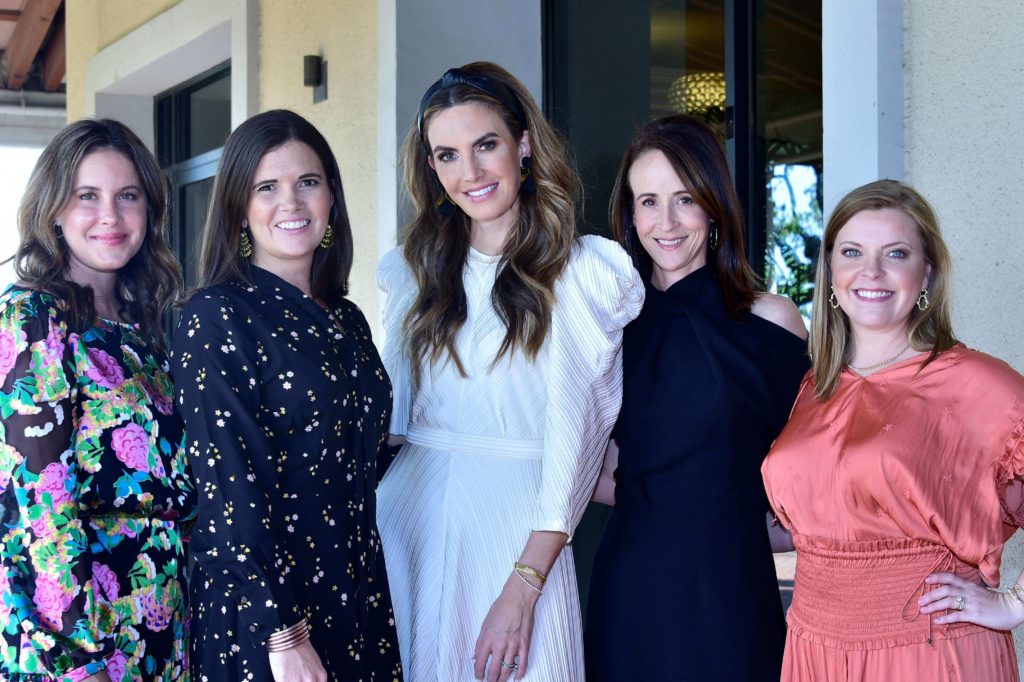 BIRDS OF A FEATHER

THE SETTING: San Antonio Alumnae Club of Pi Beta Phi hosted its 14th annual Gourmet Soirée event at the San Antonio Country Club benefiting the San Antonio Public Library Foundation. Over 350 attendees were on hand for the gathering that featured model and actress Elizabeth Chambers, and owner of Bird Bakery (and a University of Texas Alpha Pi Phi alumna) agreed to be the celebrity chef for the event. Following in the tradition of the past Gourmet Soirées, Chambers conducted a cooking demonstration before the luncheon that followed.

THE STYLE: The ballroom’s beautifully dressed guests in luncheon suits and dresses were delighted when Chambers demonstrated the preparation for her famous monster cookies and her grandmother’s English Trifle. On the event tables were a two-stemmed potted orchid centerpiece from Baker Tatum, and book plates to be placed in a book distributed by SAPLF ready for personalization. Raffle tickets were also sold for the opportunity to win one of two $1500 gift cards to Julian Gold and Kelly Wade Jewelers.

THE PURPOSE: Amelita Mauzé and Kelly Wade Fry, who was a Pi Phi sister of Chambers, co-chaired the event. The mission of Pi Beta Phi sorority for women is to promote friendship, develop women of intellect and integrity, cultivate leadership potential and enrich lives through community service. The San Antonio Public Library Foundation was established in 1983 with the mission to strengthen the library in service to the community. Since its inception, SAPLF has contributed nearly $40 million in financial support and added awareness to improve the city’s public libraries.