When an automobile has a world-class reputation, the stakes of never-ending improvement are high. Join our roving editor, Michael Satterfield of TheGentlemanRacer.com, as he explores the open road with the new Bentley Bentayga Speed.

I have spent the last week in the Bentley Bentayga Speed, and while it might seem hyperbolic, I am prepared to declare that it is the greatest SUV you can currently buy. Now, I understand that is a bold statement. There are SUVs with more space, more towing capacity, and many that are more adept off-roaders. The percentage of four-wheel-drive SUVs that end up taking on the King of Hammers is relatively low. For what the modern SUV is designed and used for by the majority of drivers these days, the Bentley Bentayga Speed is far and above, unlike any sports utility you can purchase from the factory today.

It would be easy to dismiss my crowning the Bentley as the King of SUVs if you assumed I hadn’t driven anything else comparable. However, having driven just about every new SUV from the Kia Telluride to the Rolls-Royce Cullinan over the last year, Bentley indeed has the better SUV. The Bentayga Speed has a base price of $235,700, and the one I have been driving comes in at $273,760, about $50,000 more than the median home price in the United States right now.

Yes, I know. That is a lot of money for an SUV, but even priced at over a quarter of a million dollars, the Bentayga Speed is in the middle of the ultra-luxury SUV pack. In comparison, costing more than the new Aston Martin DBX, which starts at just under $200,000, yet still significantly less than the Rolls-Royce Cullinan, which has a base price of $330,000. To be fair, you can get into a Bentley Bentayga Hybrid or V8 from the mid $160,000s, but you would need to make do with the 443hp in the Hybrid or 542hp in the V8, as opposed to the 626hp you get in the Speed.

As I do with all test vehicles, the Bentley served as my daily driver for the entire week. That meant taking it everywhere you might usually go. Like driving to the post office, picking up a hibiscus from the local garden center, or on a weekend trip to a local historic site and museum. What stood out most was how instantly comfortable I was behind the wheel of the Bentayga. It certainly felt extraordinary but not pretentious.

Outside, the Speed stands out from the standard Bentayga thanks to blacked-out headlights, a tailgate spoiler, blacked-out grills, 22-inch wheels, and Speed badging. Finished in Orange Flame paint, I’ll admit the Bentayga is striking. However, if you are a non-native Texan, beware that driving an orange vehicle in Aggieland can draw some unwanted attention. Several people made sure to let me know that it was UT Austin orange and, therefore, a terrible color. However, it is a Bentley, so they still wanted to take a picture with it.

Inside, the Alcantara textile seating, with contrast stitching, makes a bold statement. This Bentayga is also equipped with the $4,035 carbon fiber interior package, which adds to its sportiness. Every modern convenience is included, with the exception of a power-folding second-row seat, which is nearly standard in most luxury SUVs. For the few times you fold down the seats, the rest of the interior more than makes up for it. Be sure to add the optional massaging seats when you place your order.

But while the pretty interior and rear spoiler are great, they are all just the wrapper for the 6-liter twin-turbo W12 engine that can propel the Bentayga Speed to 190 mph, making it the fastest production SUV you can currently buy. The sporting pedigree doesn’t end with the top speed, the Speed will reach 0-60 in just 3.8 seconds, which is faster than a BMW M2 Competition, a Porsche Cayman S, or a Lexus RC F Track Edition, and the Bentayga manages this while weighing over two and a half tons.

The team at Bentley assured me that the Bentayga Speed was as capable off-road as it was on, with its adjustable height suspension and off-road settings for nearly every terrain. I am confident it could go most places a Jeep could. However, I decided it would be better to take their word for it since I didn’t know if I could handle listening to the sound of sagebrush potentially scraping down the side as I drove down a trail. Sticking to the pavement provided more than enough thrills.

Keeping all the weight under control is Bentley’s Dynamic Ride System and full-time all-wheel drive, which are confidence-inspiring, to say the least. Rotate the dial to Sport, and you will be shocked at how well this vehicle can take a corner. It does feel unexpectedly sporty and is exceptionally fun to drive. Sport mode isn’t just a slightly lower suspension stance and a piped-in exhaust note, the throttle is more responsive, the steering provides more feedback, the suspension is firmer, and the exhaust bypass value opens up for a much better soundtrack. Then, open the panoramic glass roof, roll down the windows, and enjoy the twisty backcountry roads with four of your closest friends.

Pulling back on to the highway, closing the roof, and switching back to comfort mode, the Bentayga immediately becomes a quiet retreat: smooth, lacking any road or wind noise. It is the perfect highway cruiser. In town, the Bentayga is surprisingly easy to drive, and thanks to its array of sensors, cameras, and bird’s eye view display, parking in even tight spots are possible. In a less ostentatious color, the Bentayga could fly under the radar, providing unmatched luxury without drawing unwanted attention. The Speed is the perfect luxury SUV for Texas, a vehicle that makes a statement pulling up to the Houston Grand Opera, and is capable of taking the dirt road out to the ranch for the weekend. It will even tow a two-horse trailer; that’s how versatile this SUV is for all your life’s passions.

To experience your own Bentley Bentayga, visit Avondale Dealerships at Avondale.com. 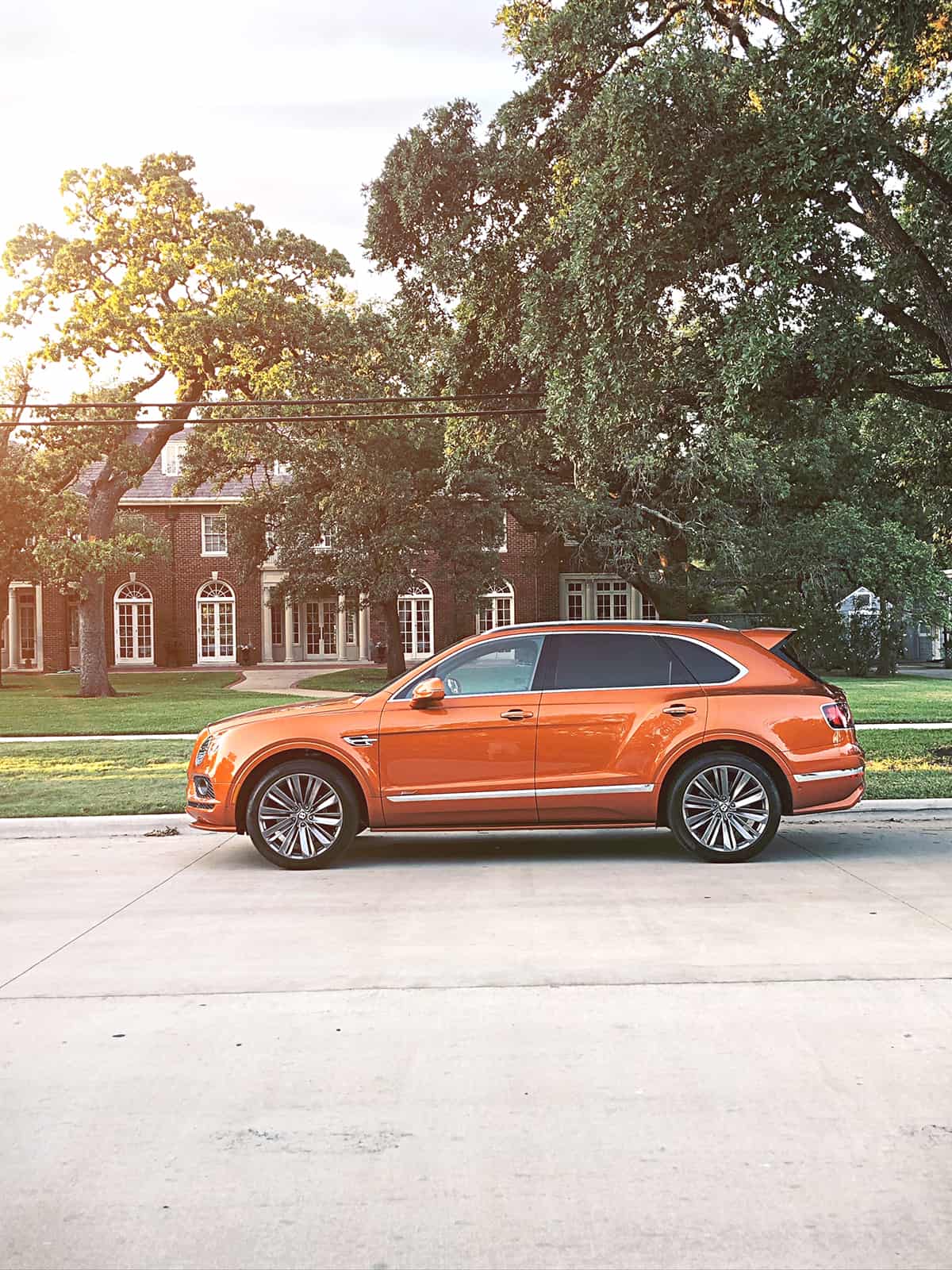 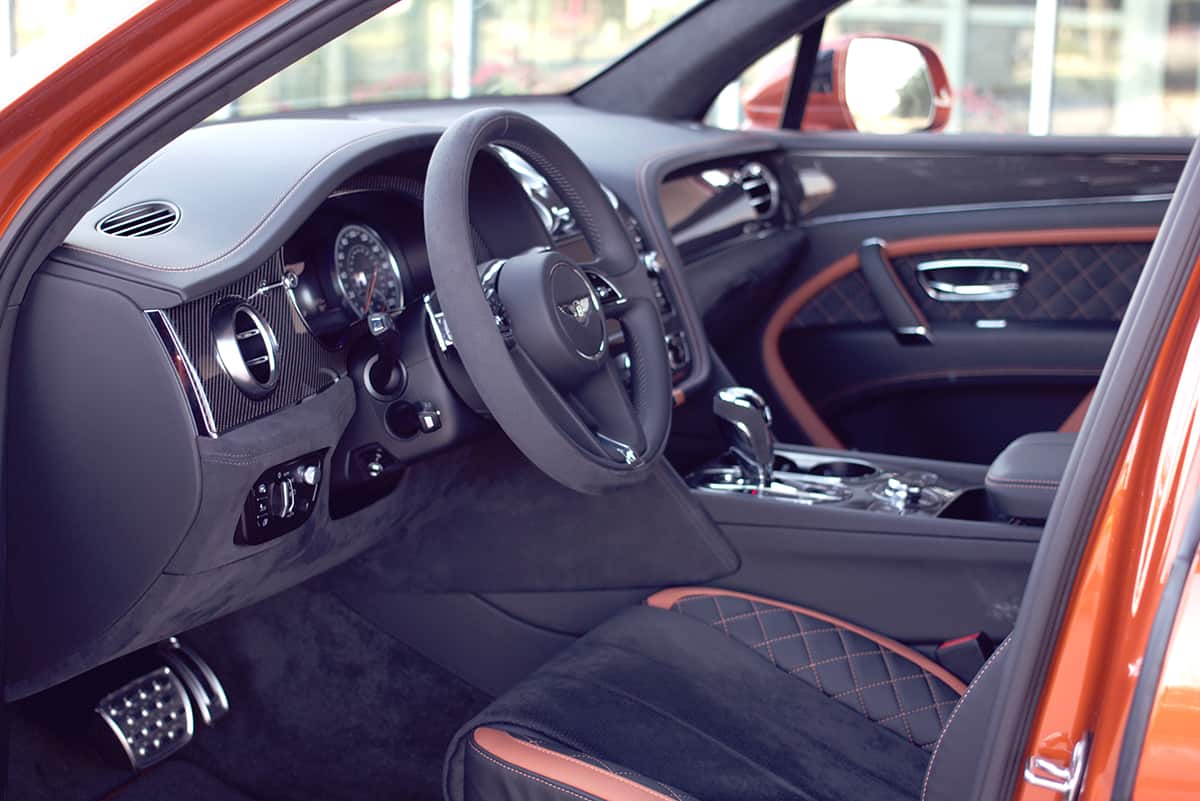 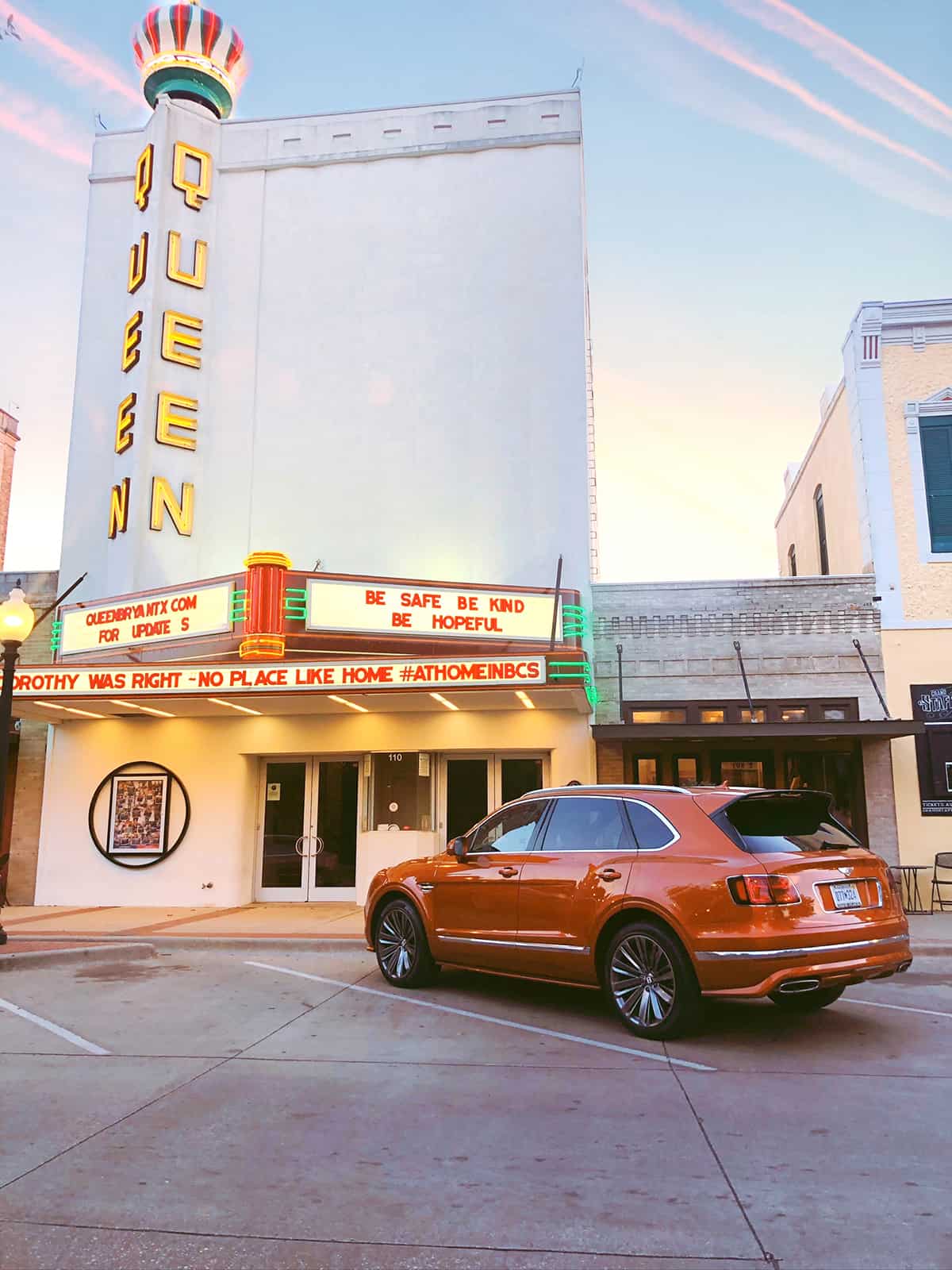